How Buffett, Musk and Other Multi-Billionaires Hit It Big (Interactive Graphic)

It used to be the first million. Now, you only turn heads when you hit a billion.

Warren Buffett, the iconic chairman and CEO of Berkshire Hathaway, is worth $53.5 billion. He wasn't always. But Buffett started early. When the "Sage of Omaha" was in high school, he spent $25 on a pinball machine that he put in a barbershop. With an eye for a good investment, Buffett ended up selling the pinball machine for $1,200, according to this infographic compiled by eBay Deals. He bought his first stock at age 11 and started at the Wharton School of Business at University of Pennsylvania at age 17.

Meanwhile, Elon Musk, the inventor behind Tesla Motors, was born in South Africa and taught himself to program computers as a kid. He had programmed and sold a video game by the time he was 12.

Take a flip through the interactive infographic below to see the early career highlights of other now multi-billionaires getting to their first billion. To access the five billionaire slides, first click on the blue text "Click to Enlarge and Interact (+)" and from there you can move through the graphic. 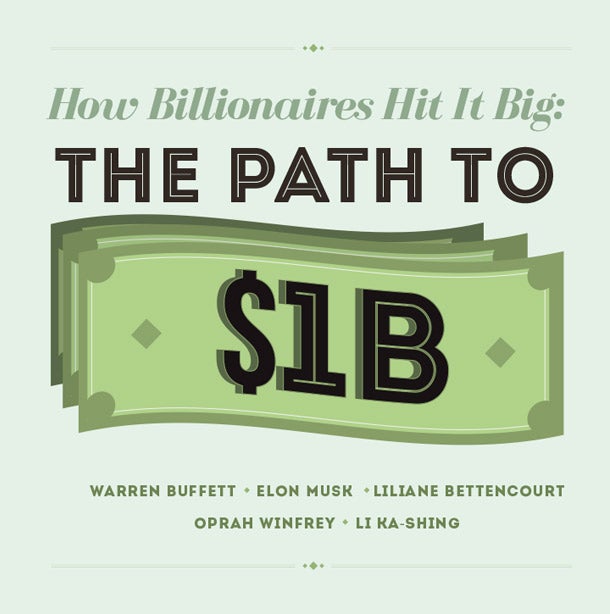