Reddit Founder on Startup Success: Identify a Genuine Need and Fill It

By Alexis Ohanian October 1, 2013
Opinions expressed by Entrepreneur contributors are their own.

The internet, unlike your mom, is fickle and ruthless. Attention spans are short, and there's always a cute cat video just a click away. That means you've got to be compelling. And you've absolutely got to make something people actually want or they'll never stick around, let alone come back.

I encounter plenty of startup founders who have a great technology they've engineered and shoehorn that into a solution that they hope people will want. To me, this route is much harder than identifying a real problem first and then solving it as simply as possible.

Worse are the founders who aren't able to build anything yet and are simply brainstorming and drawing mock-ups in the vacuum of their own heads. Find your customers right now and talk to them. Are they just being polite? Bear in mind that most people don't like giving bad or honest feedback. That positive reinforcement about your idea doesn't mean a thing until someone actually pays you or until you see repeat, engaged visitors coming to your website.

So how do you make something that people actually want? Start with a real problem.

Related: 10 Successful Entrepreneurs on How to Be Awesome

Obviously it should be a problem for you, but be sure it's also a problem for others. The thing is, sometimes people don't realize they have a problem. And often just telling them they have a problem will only elicit an "Oh, that's good enough for me." As the old cliché goes, we're creatures of habit. It's really hard to persuade someone to try your thing when the status quo is good enough. But put a better solution in front of the same person and suddenly the status quo looks repugnant.

This is precisely what happened with hotel- and flight-booking service hipmunk. Few people Adam Goldstein or Steve Huffman spoke with before launch thought there was a problem with how they searched for flights. They took for granted that you had to sift through tons of terrible flights and hunt across a mess of tabs for the best itinerary. It wasn't until we launched and consumers saw our agony-free alternative that they realized how bad everything else was by comparison.

You've undoubtedly encountered products or services that have frustrated you. Keep a notepad or a tablet handy and write down whatever is upsetting you. There's a good chance you'll find a business in those notes.

For Adam Goldstein, it was his awful experiences booking flights for the MIT debate team motivated him to start hipmunk because he figured there had to be a better way to search for flights online. Similarly, Airbnb got its start because the founders needed to pay their rent and realized there were lots of other people who would pay to rent the founders' unused space. 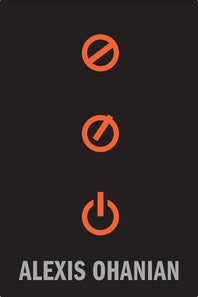 Without Their Permission: How the 21st Century Will Be Made, Not Managed, by Alexis Ohanian (Business Plus, 2013). The book is out today.

So many successful companies start out like this: the founders were having a problem, and they found a way to solve it. A company doesn't have to start this way, but it's the easiest place to start. Make something you'd use and, ideally, pay money for. That's what we did in the case of reddit and hipmunk -- the latter being the one having a baked-in business model from the very start.

Related: No Tech Background? No Problem

Another starting point is to have an idea that very few people other than the founders can actually build. These technical feats provide a natural defense against competition. Remember, every hard problem you solve drops a massive obstacle in front of anyone who'd want to replicate you. Certain problems haven't been solved because none of the few people smart enough to do so have made it happen. Look at something like Google, which co-founders Larry Page and Sergey Brin were technically capable of building at a time when not many people were. Back then, there were very few people smart enough to build their own search engine let alone imbue it with software that could crawl and rank the entire World Wide Web.

There's also a third route: think of an idea that is rooted in a perspective that everyone else is missing because they don't see the potential today. A friend and fellow entrepreneur, Chris Dixon, describes the extreme version of this by saying, "The next big thing will start out looking like a toy."

One example of this would be Kickstarter. Its first project, Drawing for Dollars, surpassed its humble $20 goal by raising $35, which came from three backers who bought artwork from an artist in Long Island City. Less than three years later, a team using the same platform raised $10 million in preorders for a futuristic watch called Pebble.

The idea of a group of people pitching in to make something come to fruition is hardly novel, but the way the Kickstarter team leveraged the internet to pitch to millions of people simultaneously -- as opposed to a coterie of traditional investors -- certainly was.

This article was excerpted from Without Their Permission: How the 21st Century Will Be Made, Not Managed, by Alexis Ohanian (Business Plus, 2013).

Alexis Ohanian is co-founder of Reddit.com.