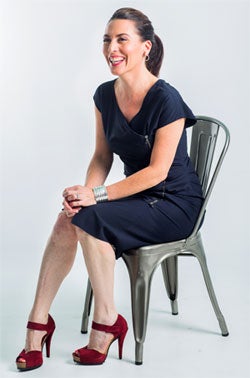 The approach one takes to anything in business can inevitably be broken into two schools of thought: the innovative and the old-fart-esque. Seriously, it's that simple--and it has nothing to do with age. I've seen plenty of old-fart startups and plenty of venerable companies that are always innovating. Both strategies have pros and cons.

Those who innovate find strength and power in experimentation, and they fail a lot more often than they succeed. But fear is never present, and the failures are not dwelled upon. It's sport. In taking risks, these companies uncover new, unimagined opportunities. A side benefit to this path is the adrenaline-producing effect of imminent danger, one that is embraced by great entrepreneurs. Scary? Hell yeah, but that's where things get interesting. Think Red Bull.

The old-fart companies, meanwhile, take a "Hey, you kids, get off my lawn" approach. Their thinking tends to be not of what can be, but instead, what was. Clearly, this is a bad tack that can lead a company to a boneyard of lost opportunities or, worse, the purgatory above the boneyard: no change, no death, just the endless rock rolls down, push rock up, rock rolls down and … repeat. Pretty bleak. The pro here is that it's easy to keep doing what you've always done. But really, that's the only pro. The con is irrelevance. Your competitors are waiting to pounce. So the next time you see kids in your yard, invite them in for a nice game of Candy Crush.

The conversation with the kids in your yard can and should take place on social media.

Over the past few years, social platforms have blossomed into a marketing playground and proved that communities have power--power to influence, to renew (or destroy) faith in a brand, even to upend governments. It's the subtle strength that starts with an individual voice, becomes a hashtag and coalesces into a community, generating the power to effect change--a sort of atom smasher for ideas and opinions. And it is unprecedented.

But you knew that. That was first-generation social media. What's happening now is a new frontier in which technological change is merging with armchair economics. Add money to the social media mix and things get really exciting--and terrifying. Welcome to the world of crowdfunding. It's a populist form of fundraising that's expected to generate more than $5 billion this year.

Our first-ever feature on the Top 100 Crowdfunded Companies, assembled with painstaking research by finance expert Asheesh Advani, digs into the trends that are defining this new way for startups to raise money. We look at the companies that have crowdfunded most successfully, the sectors they represent and the various platforms on which they did it. It's a fascinating look at what happens when social media and money collide. And it's a testament to the power of the popular voice. Take that, old farts.