The Startup Hustle: Why a Clever Business Plan Does Not a Business Make

By Neil Parmar December 2, 2013
Opinions expressed by Entrepreneur contributors are their own.

Starting up always requires hustle, but some founders say "hustling" would be more apropos.

Most of the entrepreneurship books will tell you that first comes the idea, then comes the carefully crafted business plan with copious market analyses. But from the looks of some companies' startup stories, factors such as timing and tenacity might be bigger determinants for success.

Take the example of Michael Kirban and Ira Liran, the founders of Vita Coco. The two got their start nearly a decade ago by convincing a Naked Juice distributor, whom they randomly encountered on a Brooklyn, N.Y., street, to deliver a product that they had yet to create.

The plan ended up backfiring after the founders failed to follow the proper registration procedures and the Food and Drug Administration blocked their three shipping containers full of coconut water from entering the United States. Instead, Kirban found a distributor in the Bahamas, flew to the island nation and then “literally went door to door selling coconut water out of the back of a rental car,” he recalls. “I would go into bars, restaurants, hotels. I sold half the product and broke even.” 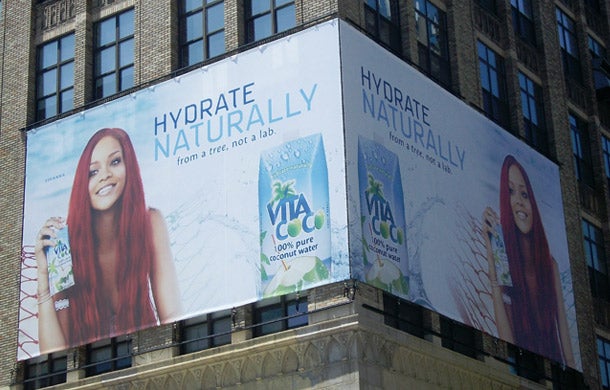 Rihanna is just one of the many celebrity endorsers and investors who have helped grow Vita Coco's marketshare in the U.S. and abroad. Other partner stars include Madonna and Demi Moore.

But their founders' leap into entrepreneurship did eventually pay off. Today, Vita Coco has gone up against big-time coconut water brands, like Pepsi’s O.N.E. and Coca-Cola’s Zico, and sold more than $100 million worth of the beverage last year. The brand has pushed into the U.S., France, the United Kingdom, Japan and, most recently, Canada. The company has also managed to wrangle a suite of celebrity investors and endorsers that includes Madonna, Demi Moore, Matthew McConaughey and Rihanna -- and it forecasts $250 million in revenue by the end of this year.

“This is not a U.S. brand anymore,” says Kirban, 38. “It has potential to be a major global brand one day, like Red Bull.”

Making the leap from bit player to major consumer-products star takes more than moxie, however. An inordinate amount of pavement pounding would also seem to be key.

Last year, Messi Gerami launched Heart of Tea [http://heartoftea.com/], which sells fancy flavors of iced tea like pomegranate orange. The 26-year-old, who comes from multiple generations of tea farmers, started the venture by distributing bottles in 50 delis and cafes before building a bigger base.

Related: Why Leaders Don't Behave the Way They Should

A big part of what the company spent time on during the early days, Gerami says, was being fully accountable for helping its small retail partners make the brand successful. That meant weekly visits with store managers to ensure Heart of Tea garnered good visibility on shop shelves, and providing demos of the product with free samples on Manhattan’s streets. A key distributor later helped the brand push into bigger chains in and around the New York City area. 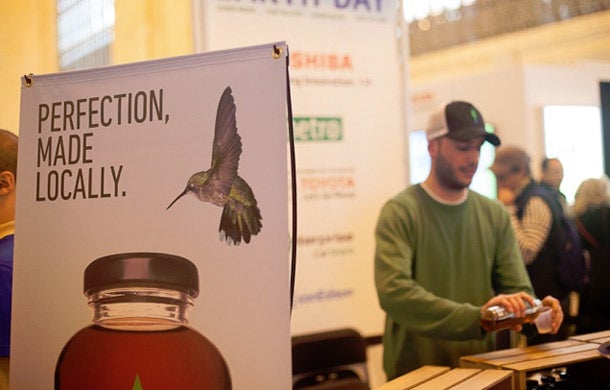 Messi Gerami, the 26-year-old founder of Heart of Tea, began his bottled ice tea business by focusing on building a one-on-one relationship with managers of around 50 shops. His budding venture has since grown to more than 400 stores in the tri-state area.
Image courtesy of Heart of Tea

Heart of Tea is now available in more than 400 stores -- including some Whole Foods Markets, Duane Reade and Fairway Market locations, within the tri-state area.

“For us, it’s all about the pitch and getting a one-on-one relationship with managers and store [product] buyers,” says Gerami, who is aiming to expand nationally by 2015. “We’re planning a very slow build.”

Expanding to that next level often takes risk. For Vita Coco, it’s helped to have celebs on board who, at times, have also acted as brand ambassadors in advertisements. Back when the company still had fewer than 20 employees a few years ago, Kirban says Madonna’s manager approached him to form a partnership. But since there wasn’t enough money for an advertising campaign -- let alone an endorsement deal -- the entrepreneur offered the musician a slot in a small investment round. That partnership then attracted other celebs.

Related: Are Celebrity Investors Worth the Hype?

From those key endorsements, more mainstream shoppers took note of coconut water. And soon the company would move beyond the New York City-based ethnic grocery stores that accounted for most the company's early sales. Shops in Los Angeles started carrying the Vita Coco brand, followed by national drug store chains and retailers like Costco over the past couple of years.

“It was crazy when we started, and this eight-and-a-half years has been that—one crazy thing after the other,” says Kirban. “We just kept going, and there was nothing to lose.”