This Startup Wants to Reverse the Tide on Our Overfished Oceans

People are eating a lot of fish. More than ever before. Without some clever innovation, we may very well eat all the fish in the sea. 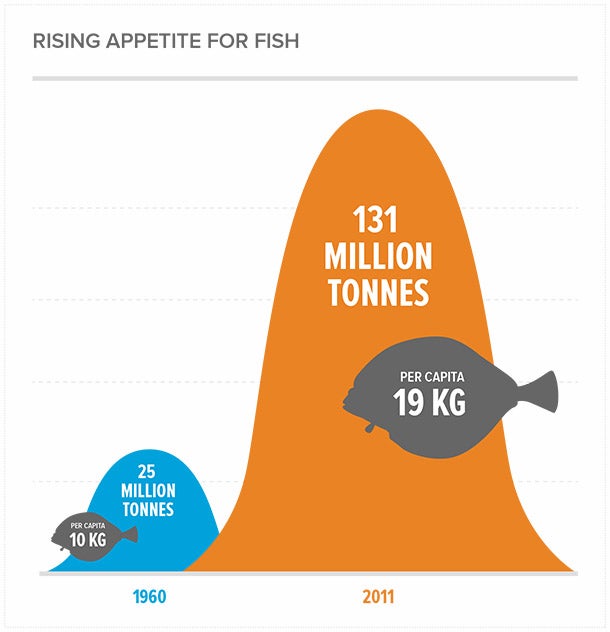 The report claims that about 85 percent of the world's oceans are at their fishing limits. Which means that, if current rates continue, the oceans will be near barren in 35 years. 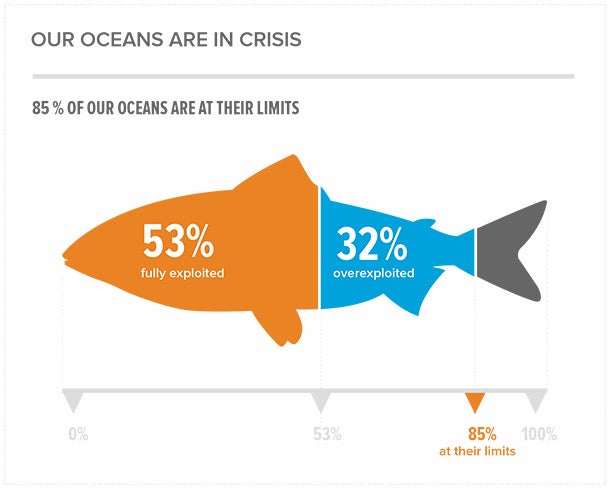 That’s where aquaculture comes in. 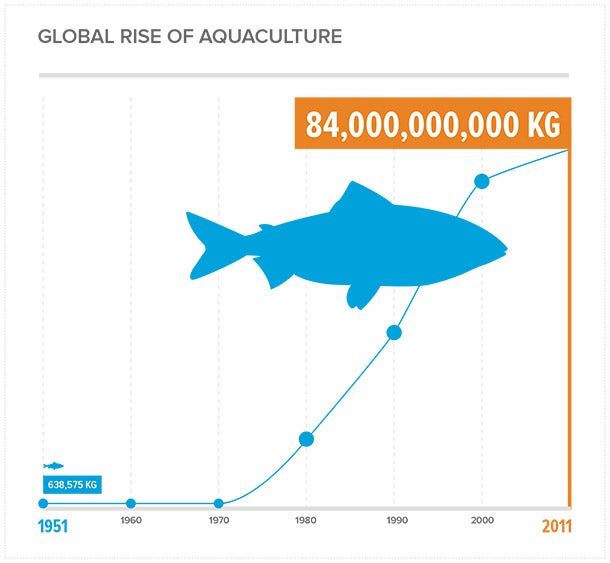 Image credit: Made by Aqua-Spark with data from a 2012 report released by
the Food and Agriculture Department of the United Nations.

“Beyond 2030, aquaculture will likely dominate future global fish supply. Consequently, ensuring successful and sustainable development of global aquaculture is an imperative agenda for the global economy,” says a report on the fish industry from the World Bank released this month.

Hoping to foster innovation in this space, two entrepreneurs, Amy Novogratz and Mike Velings, have launched an investment fund called Aqua-Spark. The fund seeks out sustainable fish-farming techniques and innovations and invests in them. In particular, the Netherlands-based investment fund will seek out best-in-class hatcheries to invest in, or new technologies to battle disease epidemics that fish battle in the fish farms.

Prior to founding Aqua-Spark last year, Novogratz was the director of the TED Prize, an award given to an individual who demonstrates extraordinary global vision. Velings, meanwhile, is a serial entrepreneur and investor. He started Connexie, a payroll service in the Netherlands, and A-Spark Good Ventures, a company that invests in entrepreneurs around the world. 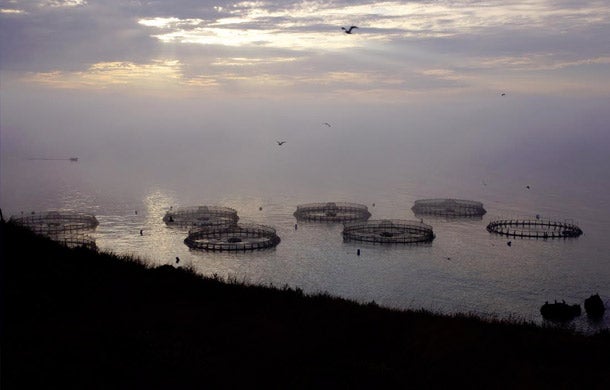 Novogratz and Velings met on a boat trip in the Galapagos inspired by TED Prize winner Sylvia Earle, a life-long oceanographer and explorer. Earle won the TED prize in 2009 and then took 100 people on the Galapagos voyage in 2010. There, Novogratz and Velings determined that they would make preservation of the oceans their passion. They also fell in love and ended up getting married.

Aqua-Spark had raised $5 million in seed funding as of early February, but the goal is to raise at least 15 million euro to get started. In the next 10 years, Velings says he wants Aqua-Spark to be a 200 to 300 million euro fund (about $270 million to $410 million).

That’s because aquaculture is a long-term cash-intensive business. Building fish farms is expensive. And the infrastructure required to build recirculating aquaculture systems, which are completely closed systems and entirely self-sustaining, is particularly expensive. Initial investments in aquaculture businesses will run from 250,000 euros to 5 million euros (about $340,000 to $7 million), depending on the idea.

Rather than looking for a quick cash-out, Aqua-Spark will make money through dividend returns. And because of the steady nature of the industry, the company expects to make revenues from dividends of 12 percent per year after the first five to seven years. Returns of 12 percent or higher are pretty impressive, and that’s exactly part of Aqua-Spark’s pitch to investors.

“This is one of the few places you can make an old-fashioned, handsome return combined with social and environmental good. You can feel good about it but you can also -- it is a very solid investment,” says Velings.