By Cadie Thompson April 23, 2014
This story originally appeared on CNBC

With many consumers holding out for the new iPhone 6 model and subsequently not driving up sales, Apple is likely to report unimpressive earnings after the bell on Wednesday, analysts say.

Many are waiting for the iPhone 6 to hit the market before they upgrade their smartphones and that means dull quarterly earnings for the Cupertino, Calif.-based company.

"With the much anticipated iPhone 6 due for release later this year, we believe many potential iPhone buyers will pause before the major upgrade," said Brian Marshall, an analyst at ISI Group, in a recent note to clients. 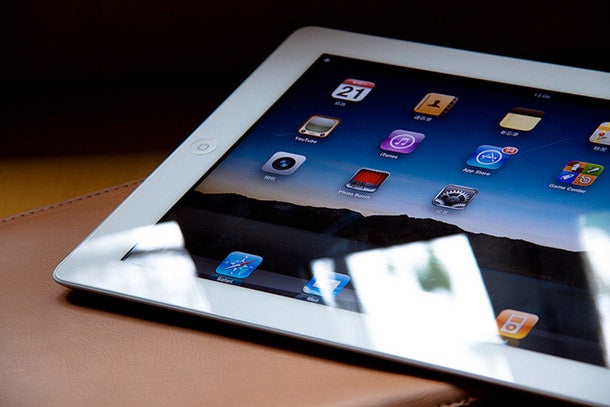 Apple is expected to report fiscal second-quarter earnings of $10.18 per share—which is just 1 percent growth year over year—on revenue of $43.53 billion, according to a survey of analysts by Thomson Reuters.

The iPhone maker has forecast its revenue would fall to between $42 billion and $44 billion in the quarter, no better than it did in the same period last year.

Marshall, who has a "buy" rating on the stock with a price target of $600, estimates the company will post more conservative earningsof $9.75 per share on revenue of $42.7 billion.

Part of the tepid mood on the quarter is the early release of the iPhone 5S to international markets.

Apple launched its latest iPhone in markets outside the U.S. during the fourth quarter of 2013, which is much earlier than the company normally sells its updated smartphone in foreign markets. Consumers who would have normally bought Apple's latest smartphone in the company's second quarter, likely already made a purchase in a previous quarter.

"While this is the case almost every year due to AAPL's once-a-year product release cycle, we believe the pause this year could be magnified," he said.

During the company's second quarter last year it sold 37.4 million iPhones and 19.5 million iPads, which is a bit stronger than what the company is estimated to have sold during the same period this year.

"We expect iPhone sales to fall short of expectations while iPad results should be in-line. Our checks indicated that iPhone shipments could be around 35 million units in the quarter," said Abhey Lamba, a senior technology analyst at Mizuho Securities, in a recent note to clients.

"For iPads, the company experienced increasing competition from lower-cost Android offerings though iPads continue to offer significant advantage over other solutions."

Lamba, who has a "buy" rating on the stock and a $575 price target, also estimates that revenue and EPS for the second quarter will fall below consensus. He predicts that the company will report revenue between $42 billion and $43 billion with EPS coming in around $9.75 to $10.

Where will growth come from?

Investors should focus on the upcoming product cycle and new product categories to drive growth, but shouldn't expect these catalysts until the second half of this year, analysts said.

According to reports, Apple is planning to launch two larger iPhone models, a 4.7-inch and 5.5-inch version, this fall. The current iPhone 5S is a 4-inch model.

Lamba said he expects the 4.7-inch model to be introduced around September and the 5.5-inch unit to launch around November.

It's also speculated that the company will roll out a wearable product, likely an iWatch, during the second half of this year, according to analysts.

"We expect investors to focus on the new products to be introduced later this year instead of the company's performance in the March or guidance for June," Lamba said in his note. "The company is clearly off to a slower start for the year but product launches in the second half should help improve the sentiment and its financial performance."

Cadie Thompson covers all things tech for CNBC.com. She has also written and produced for NetNet -- where she covered Wall Street -- and Consumer Nation, where she wrote about trends in consumer technology.