Experts explain how understanding the way humans create new habits can accelerate the adoption of your new tool or service.

Arun Sundararajan recently experienced the power of a behavior-changing app. The professor at NYU’s Stern School of Business accidentally walked out of a yellow New York City cab without paying. He’d become so used to Uber’s invisible prepayment model that he’d forgotten to reach for his wallet. 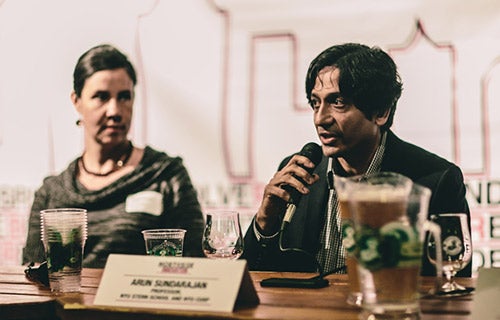 Behavior shifts like these are essential for any startup to become mainstream but can take months, even years. Sundararajan, who researches how information technologies transform society, says entrepreneurs should understand that human behavioral change isn't a single event, but a gradual process. So whether a platform targets social, cognitive or biomechanical behaviors, startups can take steps to accelerate mainstream adoption.

“One strategy is adding features that mimic the old-world experience to enhance familiarity," says Sundararajan. "They can integrate what people might miss from the old experiences they are trying to disrupt, and create that bridge.” For instance, Airbnb launched its own concierge service, so that travelers could still feel pampered as if they were at a traditional hotel.

Addressing individual behaviors, as opposed to group behavior, can also streamline the process. Companies looking to control how people interact have the least control because he says those patterns are firmly set. “Whereas when you’re trying to change individual behavior, the company can bake a lot of behavior-changing capability into the product itself.”

For example, MyFitnessPal has a database of nutritional information for more than 3 million foods built into the app. This allows individuals to easily track their daily caloric intake.

But entrepreneurs shouldn’t ignore the power of social context, says Oliver Ryan, founder of Social Workout Media. The app gives co-workers, a bridal party, or any group of friends a platform to set healthy goals and track progress. From side-planking for a minute every day for a month, to going vegan for a year, it has hosted more than 40,000 group challenges. Just like having a workout buddy can spur you to finish a tough workout, friends who use a particular app or tool together can motivate positive behavior.

How Life Has Changed Since the 1964 World's Fair

Hottest of the Hot: The Most Exciting Trends in Innovation Right Now