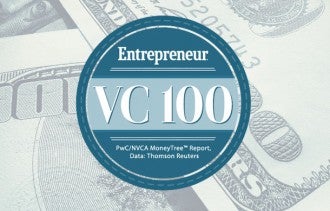 The rise in venture capital funding in 2013 is proving that the industry still has legs despite hitting a post-recession trough in 2009. Venture capitalists invested $29.4 billion in 3,995 deals in 2013, an increase of 7 percent in dollars and a 4 percent increase in deals over the prior year, according to the PwC/NVCA MoneyTree™ Report.

For companies receiving venture capital for the first time, there was a 14 percent rise in dollars while the number of deals increased 3 percent compared to 2012. Industries receiving the most dollars in first-time financings in 2013 were Software, Biotechnology and Media & Entertainment.

Below is PitchBook's listing of the most active venture firms funding seed and early-stage companies in the U.S. To view the research platform's full VC 100 list, click here.

What Industries Venture Capitalists Are Hot For

What Entrepreneurs Should Know About Late-Stage VC Firms

Want to Fund Your Business? These Tips Can Help.

Corporate Venture Capital Can Be a Blessing or a Curse. Here's What Every Entrepreneur Should Consider.

To Get This VC's Attention, Stop Making Spreadsheet-Based Decisions