Though the commercial real-estate industry has long towered in assets, Nick Romito felt the space was in need of some serious renovation.

And so the 31-year-old broker-turned-entrepreneur founded View The Space, whose aim was to give the immensely lucrative -- though technologically-regressive -- industry a swift digital kick.

“When we first came up with the idea, nobody believed it didn’t already exist,” Romito says. “But the two fields had simply never intersected. Nobody who had lived through the process of closing a deal had also been an innovative builder of technology.”

Shortly thereafter, VTS expanded its mission to include additional building data beyond videos. By digitally tracking availability, tour dates, the varying phases of lease agreements and related documentation, VTS allows owners and brokers to track the performance of their properties in real time, Romito says.

The service is currently available in 18 total markets, with additional domestic and international locations slated to roll out in coming years.

After Romito and co-founder Ryan Masiello poured their life savings into the venture -- with a little help from their wives -- VTS broke ground with $700,000 in seed funding in 2012. Last November, the company closed $7 million in A round financing from Trinity Ventures and former eHarmony CEO Greg Waldorf, among others.

Currently, VTS counts approximately 230 clients, including some of the largest landlords in the country, such as Prudential and Equity Office Properties. The service operates on a subscription model whereby owners pay between $200 to $600 per month -- depending on the extent of the features they select -- for access to the database.

Thus far, however, VTS is focusing on cultivating a wide user base moreso than hefty profits, Romito says.

And he knows that the space is laden with potential, as well as the cash to match. As the nation’s top alternative-asset class, the commercial real-estate industry is worth a skyscraping $12 trillion, per the CoStar Group, an analytics and marketing firm.

That’s why VTS sought to make its platform even more enticing -- and more broadly available -- with a mobile app it released earlier this year. 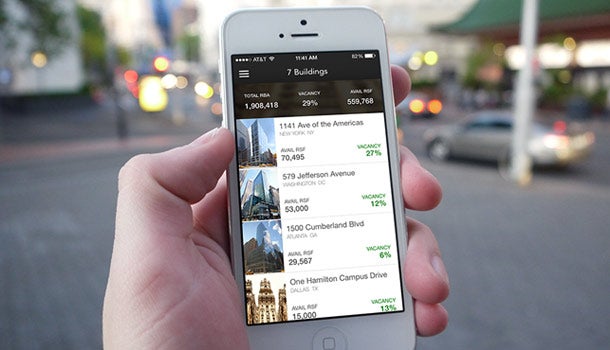 “Real-estate brokers are always on the go,” Romito explains. “The insane part is that the space has had little to no mobile technology.” With the VTS app, brokers gain instantaneous access to extensive data about offices they’re trying to lease “right in their pockets.”

Possessing little technological acumen and serving as the CEO of a digital startup with 13 engineers on staff has come with its fair share challenges, Romito says.

“Being an entrepreneur teaches you fairly quickly that you don’t always know everything about the product you’re trying to create. I had never been anybody’s boss before I founded my own company.”

Romito describes the business-building process as roughly akin to “running through walls. You’re constantly trying to convince everyone that your concept is winning -- users, investors, yourself. We kept our heads down and just continued charging forward.”

Perhaps the most telling sign of VTS' success, however, is a burgeoning crop of competing startups, each hoping to put its own digital spin on the commercial real-estate market.

These include the online marketplace 42Floors, the anonymously crowdsourced database CompStak and Honest Buildings, a social network of sorts that links property owners with engineers, architects and other service providers.