The Hardest -- and Easiest -- Punctuation Marks to Use (Infographic)


Which punctuation mark is the hardest to use correctly?

The ellipsis sounds a little intimidating, and people frequently misuse apostrophes. Perhaps you're thinking it's one of those.

The hardest punctuation mark to use correctly is the comma, an infographic from TheVisualCommunicationGuy.com claims. That's because it has more rules and applications than any other punctuation mark.

The infographic ranks each punctuation mark according to how many applications it has, and therefore, how difficult it is to learn.

While the comma is the most difficult with 15 applications, the period is the easiest—its only job is to end a sentence (except when it ends an abbreviation: Mr., Mrs., Dr., etc.).

Take a look at the graphic to see where the rest of the punctuation marks rank. Do you agree with the lineup? 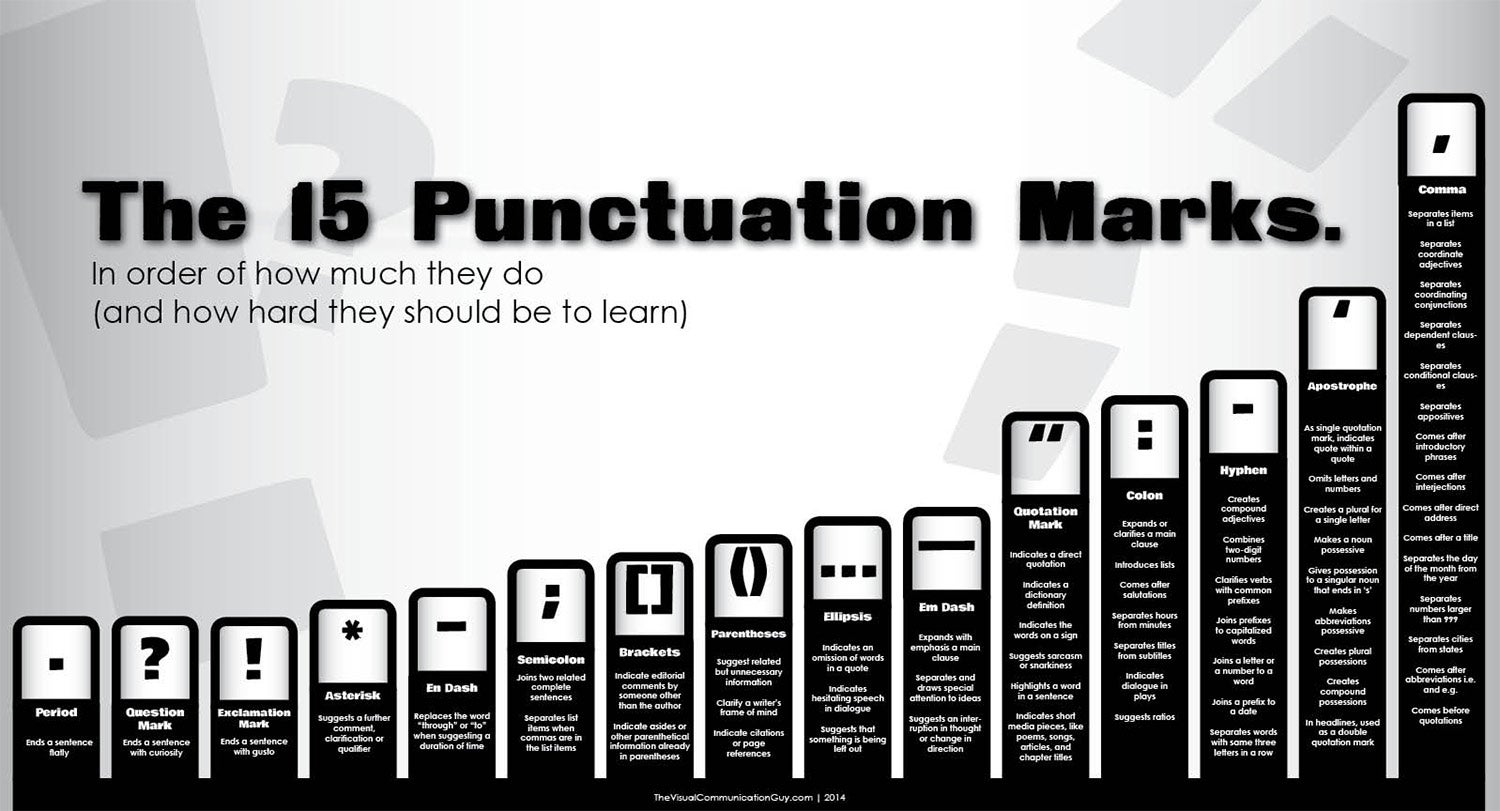 How Guest Authorship Makes You a Better Entrepreneur

How to Begin Writing Your Lead-Generating Non-Fiction Book

Want to Be Published on Entrepreneur? Here's How You Can Avoid Common Writing Mistakes and Become Your Editor's Best Friend.

Why Writing About Your Life Makes You a Better Entrepreneur