The Six-Second Video Is a Big Business for Brands

“You guys are about to become famous,” Gary Vaynerchuk told young, popular Vine video creators during invite-only meetings in May 2013 in New York and Los Angeles. “Be prepared for that journey, and figure out how to navigate through those things.”

Vaynerchuk was pitching producers of viral video clips to join his new talent-driven production company, GrapeStory, founded with partner Jerome Jarre. GrapeStory produces clips for major brands like General Electric, Samsung, Unilever and Virgin Mobile, companies that pay up to $25,000 per six-second video to place sponsored posts on Vine, Instagram and Snapchat. The 25 popular video creators on GrapeStory’s talent roster get an 80 percent cut from each clip they make.

While Vine’s looping videos are over practically in the blink of an eye, Vaynerchuk argues that GrapeStory’s clips are solid mobile ad buys, since the creators come with built-in followings on distribution platforms that reach young viewers wherever they go. It’s like getting LeBron James to promote your product—if the NBA superstar had his own 24-hour-a-day, app-powered TV channel.

Vaynerchuk, who catapulted to fame with his online show Wine Library TV during the early days of YouTube, is now CEO of social-media-focused digital marketing agency VaynerMedia. Jarre is a business-school dropout from the French countryside who moved to China at age 19 to found a lanyard company. While in China, Jarre taught himself English, in part by reading Vaynerchuk’s 2009 business book Crush It! Why Now Is the Time to Cash In on Your Passion.

“Very randomly, that’s the only English book I found when I was there,” Jarre explains.

Jarre—at that time a popular presence on Vine, with 10,000 subscribers following his sweet, humorous clips—sought out Vaynerchuk after he moved to New York, meeting him at a conference in 2013. The two hit it off. Vaynerchuk is the one who suggested they open a viral-video agency—something he had regretted not doing back in 2006, when his own star was on the rise. “I just didn’t have the bandwidth and the resources,” he says.

Since then, Jarre has become a bona fide viral-video star, with more than 11 million social media followers. In one of his most popular Vine clips, he gives high-fives to people as they flag cabs on the streets of New York. It’s a simple humor, the kind that resonates with the young, mobile-friendly community that spends time on the video-sharing service. According to a 2013 Pew Internet Research report, 41 percent of 18- to 29-year-olds post and share videos online, more than twice the rate of users older than 50. And traffic to app-driven video-sharing services is booming: From February to June 2014, Vine saw an increase of 3.5 million unique monthly visitors, while Instagram added 6 million uniques, according to research by Compete.

As GrapeStory’s head of talent, Jarre sees the paid posts not as advertising, but as sponsored art. When GE wanted to create a sponsored video for Vine, the GrapeStory team came up with the idea of shooting clips on a zero-gravity flight—something GE was keen to facilitate and put its brand stamp on.

“Those pieces of content got insanely great numbers—they had over 100,000 likes,” says Jarre, who believes that a content creator who helps brands “deserves to be rewarded with credit for it.” 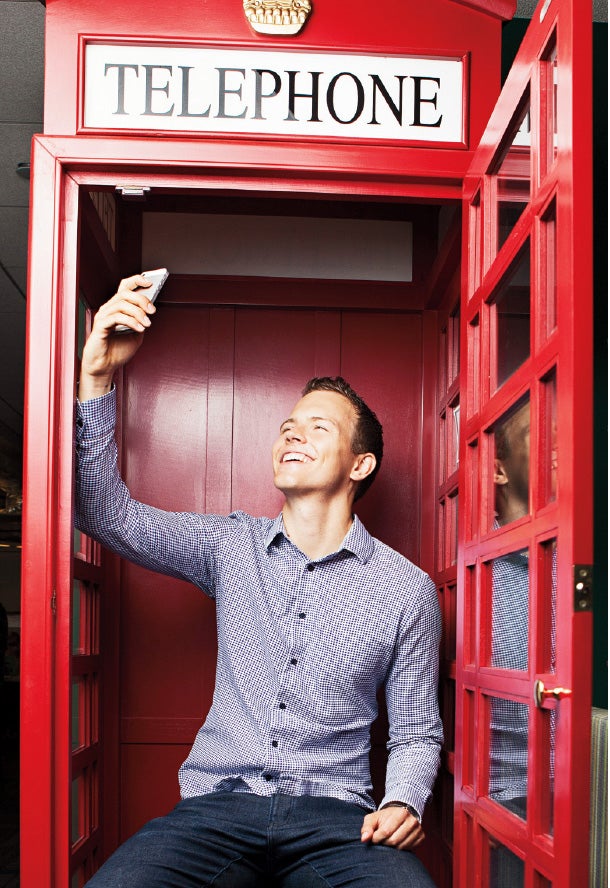 To date, GE has partnered with GrapeStory to create 29 Vine videos, all in the hope that fans will post hashtagged follow-ups. For instance, the #GravityDay campaign, which included five GrapeStory-created Vines, has grown to more than 1,500 tagged videos in all.

“The folks that we like to engage with on social is that next generation of talent and business decision-maker,” says Sydney Lestrud, GE’s global marketing manager. “This audience is young, but they’re powerful.”

Those are also apt descriptors for GrapeStory’s videographers. Though the agency doesn’t share revenue figures, it has proved over the past year that small videos can yield big returns—not just for advertisers, but for the content creators.

Rudy Mancuso was a Rutgers undergraduate when he was invited to GrapeStory’s May 2013 launch meeting in New York. Now, emboldened by his millions of Vine followers and flush with GrapeStory-driven cash, he has moved to Los Angeles, signed on with a Hollywood manager and agent, and is developing a TV show and a one-man live act.

“If you told me a year and a half ago that I could make a living making videos on social media, I would have laughed at you,” Mancuso says. “But this experience has really proved that it’s possible.”

There is No Need to Be Everywhere -- So Stop Trying

Could You Be Making (or Multiplying) Your Income With Instagram?

When Instagram Cancelled His Account And Destroyed His Business, This Entrepreneur Took Matters Into His Own Hands