By Jenny Griffin January 13, 2015
Opinions expressed by Entrepreneur contributors are their own. 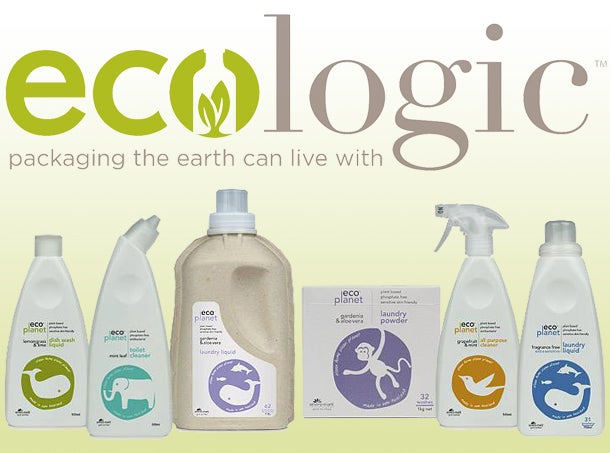 In the hierarchy of waste, “reduction” can have the highest value, even above reuse, recycling and recovery. Let me explain.

Each EcoLogic bottle for laundry detergent or other liquids reduces plastic waste by 59 percent, energy use by half and carbon dioxide by 37 percent, compared to traditional plastic bottles, the company says.

The scale of the packaging-reduction opportunity became apparent to Corbett in 2007 when she was working as an investment manager for Jurika, Mills & Keifer LLC. The firm was considering an investment in Jamba Juice and the 14 million plastic bottles needed for an initial run of bottled smoothies “nearly knocked me off my chair,” Corbett recalls.

That’s nothing; Americans throw away 25 million plastic bottles every hour. Less than one-third is recycled.

Corbett set out to reduce her own family’s waste stream of gallon jugs for milk, thick molded plastic for laundry detergent and bottles of juice in all shapes and sizes. She found it impossible to pack lunches for her daughter that met her school’s waste-free lunch goals. “There was no way to buy products that helped me minimize waste,” she says.

Inspiration arrived in the form of the molded fiber tray that cradled her new Apple iPhone. Corbett saw how the curved lines of the molded cardboard insert could create a bottle. Corbett developed a molded paper bottle consisting of a rigid outer shell, made from recycled cardboard and newspaper and completely compostable.

Waterproofing was a challenge. Traditional milk and juice boxes are especially difficult and expensive to recycle because their plastic and cardboard layers are laminated together. Growing up in Quebec, Canada, Corbett remembered milk packaged in an inner plastic pouch. Corbett stripped away the laminate and created a removable, recyclable pouch that uses roughly 70 percent less plastic than traditional rigid plastic bottles and is fully recyclable. The pouch attaches to the outer shell. Bingo.

“People like to be sustainable,” Corbett says, “but they don’t want to compromise form and functionality.” 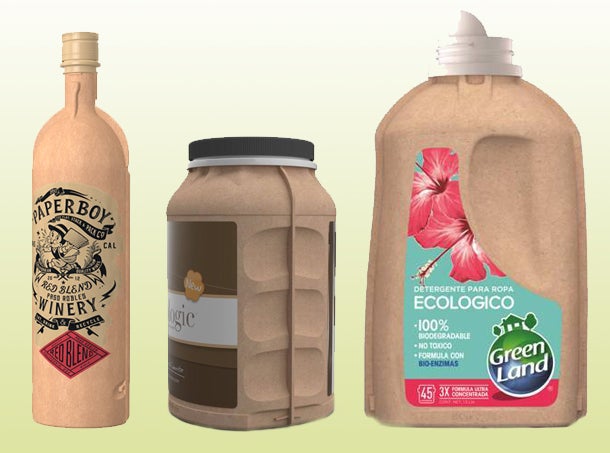 Corbett raised $500,000 from friends and colleagues to launch EcoLogic in May 2008. William Jurika, her mentor and the founder of her former investment firm, was the first investor.

Corbett struggled to attract institutional capital as these investors were apprehensive about the upfront costs of launching a manufacturing business. Instead, individual angel investors kicked in a total of $3 million to finance the test phase. “Traditional venture capitalists were not necessarily enamored with what we’re doing,” Corbett says.

In 2010, one of her angel investors introduced her to Albert Straus, the owner of the high-end organic Straus Family Creamery, who agreed to test the cardboard EcoLogic bottles, first in deliveries to 150 homes and then in a single Whole Foods Market.

That proof-of-concept helped Corbett attract $6 million in July 2011 from Catamount Ventures and DBL Ventures, which also has invested in Revolution Foods, Solar City and Tesla. The financing enabled her to buy manufacturing equipment, hire staff and get EcoLogic’s Seventh Generation bottle into Target stores. The F.B. Heron Foundation came on as investor in November 2013, bringing EcoLogic’s funding total to $15 million.

The big challenge now is cost. The packaging line is double the cost of traditional options. EcoLogic took a major step forward in July 2013, bringing production back from Taiwan to a 60,000-square foot facility in economically depressed Manteca, Calif. -- close to partners that provide discarded boxes and other recycled materials.

Corbett is betting on scale to drive down production prices. By 2016, she predicts the EcoLogic bottle will be comparable in cost to its plastic competition. The company expects to be cash flow positive in the same timeframe. EcoLogic is adding new categories including pet food and personal care products and is shipping multi-size cardboard bottles to brands in Australia, Korea, Austria and Mexico.

Ira Maroofian, a packaging industry veteran, came on as CEO in April 2014 to drive the aggressive growth plan.

“The Ecologic team has done an impressive job of taking paper bottles from concept to commercialization,” Maroofian says. “This is the right packaging innovation happening at the right time.”

Financial
A new facility will allow EcoLogic to scale up production to 60 million bottles a year and drive down costs.