Greats is not your father’s footwear startup, but chances are Dad will dig its shoes, just like you do. The company’s approach to timeless classics like high-tops, slip-ons and chukkas is both stubbornly traditional and refreshingly modern, translating to products perfectly suited for stylish, sophisticated gents of all ages.

“The name of our company is very relevant to our design concept,” says Greats co-founder and CEO Ryan Babenzien. “We said, ‘Let’s pick the greatest silhouettes in men’s sneakers and footwear, and design our DNA into them.’”

That DNA splicing is what sets Greats apart. Its old-school sensibilities are rendered in distinctly contemporary materials and colors. For example, last year the company produced limited-edition versions of its popular Royale sneakers in silver and gold leather, the latter attracting the attention of NBA star Kevin Durant, who donned a pair in the hours leading up to a key playoff game.

“There’s something familiar about our styles, but unique,” says Babenzien, a former marketing exec at sneaker manufacturers Puma and K-Swiss who launched Brooklyn-based Greats in 2013 with Jon Buscemi, a veteran of DC Shoes and his own Gourmet Footwear. “Gold and silver leather is not subtle. But the style itself is very traditional.” 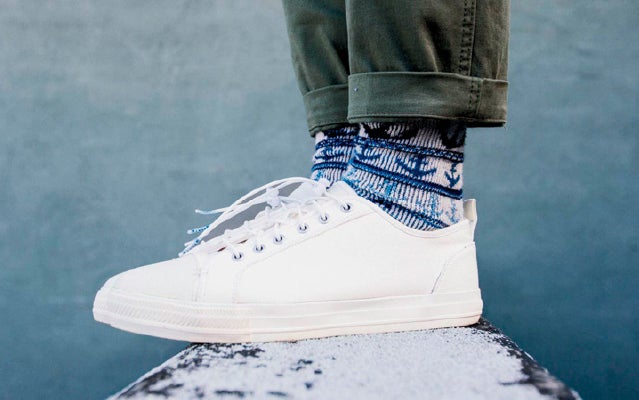 Greats’ approach to shoe retail is decidedly more unconventional. Its business model most closely resembles the Warby Parker formula for eyewear sales, eschewing wholesale partnerships in favor of marketing directly to consumers online. That enables Greats to sell high-quality footwear at a fraction of the cost associated with its established competitors; Babenzien says his company can offer an Italian leather shoe like the Royale at $159, while the same shoe would retail at a high-end department store for about $500.

Greats is also exploiting inefficiencies in the manufacturing chain. According to Babenzien, most shoe designers’ wholesale partnerships require them to begin developing new products at least 12 months ahead of retail release—meaning they’re making long-range bets on which styles, patterns and colors will be in vogue by the time the shoes hit stores.

“You’re taking a leap of faith that the color you selected back in December is still meaningful next December,” Babenzien says. “We don’t have to do that. We can stay right on top of trends and design a shoe and have it for sale within five months.”

Greats kicks off the design process by identifying the kind of shoe it wants to create and the unique twist it can supply; for instance, adding a running outsole to a traditional chukka silhouette, essentially merging two classic themes to forge something new. From there, the team embarks on extensive wear testing to guarantee that its shoes feel as good as they look.

“Functionality in footwear is some- thing that can either be seen or felt, or seen and felt,” says design director Salehe Bembury. “We feel strongly that when you put on our footwear you should definitely feel how lightweight it is, or how sturdy and durable it is.”

Greats releases shoes virtually every week. Some are entirely new styles, while others are new spins on signature designs, like another recent variant on the Royale, this one developed in collaboration with Manhattan-based streetwear brand Only NY. A joint effort with the Orley family of designers (Matthew, Alex and Samantha) yielded pastel-hued suede sneakers, ushering Greats’ entry into women’s footwear. 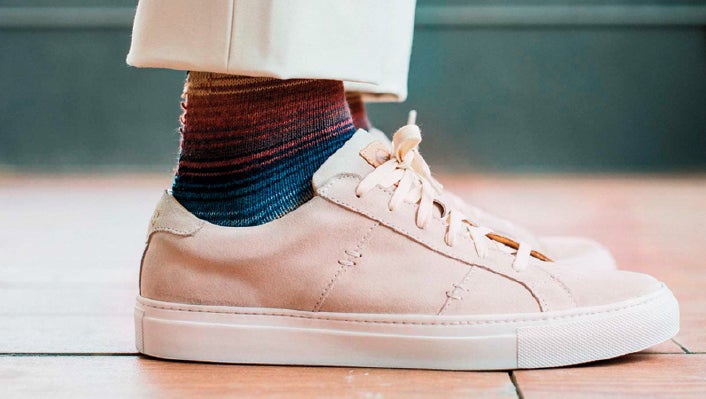 Greats had sales of $1.2 million during the second half of 2014, and Babenzien says the company is on pace to generate $5 million to $7 million in 2015. In July 2014, Greats closed a $4 million Series A funding round led by Resolute Ventures.

Babenzien believes continued success is a shoo-in. “If you look at any runway show over the last few years, they’ve all featured sneakers. The brown-shoe business that dominated over the last 10 years has waned, and we’re moving into more casual footwear,” he says. “Everything in the fashion business has a life cycle, but there are some staples that are pretty constant, sneakers being one. It’s very unlikely that sneakers are going to evaporate off the planet and out of everybody’s closet.”

4 Kids Who Are Disrupting the Fashion Industry

How These Founders Reinvented the Apron and Won Over Celebrity Chefs