How This E-tailer Converts Site Visitors Into Customers

This story appears in the November 2015 issue of Entrepreneur. Subscribe »

Before co-founding the online T-shirt and prints marketplace TeePublic in 2013, COO Adam Schwartz knew he’d have to solve a problem, one that had bedeviled every site he’d worked on before. “You’re only converting like 2 percent of your traffic into customers,” he says. “There’s a lot of meat left on the bone with the 98 percent of people who are coming and going.” He knew he needed a way to salvage lost customers and maximize conversion.

Schwartz decided to give Bounce Exchange a shot at boosting his conversion rates. The New York City-based marketing technology startup uses pop-up graphics to capture users’ attention and convert them into customers. Last year TeePublic embedded a few lines of code from Bounce Exchange onto its site; this allowed the platform to monitor the e-tailer’s traffic and serve up offers and pitches based on user behavior. 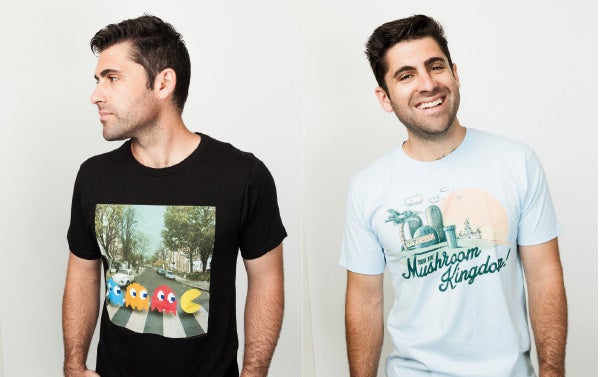 For example, if a user on TeePublic moves her mouse toward the top of the page to open another browser tab, Bounce Exchange predicts that she is likely to leave the site, and it displays a prompt asking for her email address. In other cases, it will display an image inviting her to browse other categories of T-shirts she might like, based on the pages she’s already viewed. TeePublic also runs occasional sales on T-shirts, and Bounce Exchange can display a countdown timer on specific product pages, letting customers know they have a limited time before the sale ends.

The Bounce Exchange design team creates the custom graphics that run on clients’ websites. Its account managers identify where users are leaving the purchase funnel, and they make ongoing suggestions for customer segmentations and interactive graphics to improve conversion. They run A/B tests to see which graphics work best, then implement the results.

Schwartz appreciates the thorough approach. “A lot of software companies want to hand over software, drop it off and sort of say, ‘You figure this out.’ Bounce Exchange is getting in there with you to make it work,” he says. “I can’t think of another piece of software I use where that really happens.”

After a year of use, Bounce Exchange is bringing in an extra $40,000 per month in sales that would have otherwise been lost, Schwartz claims. For capturing email addresses from visitors who click on a TeePublic ad, the platform has a 15 to 20 percent opt-in rate, and those new sales leads have a lifetime value of $5 to $10 each.

Bounce Exchange CEO Ryan Urban admits that the soup-to-nuts platform isn’t cheap; pricing starts around $4,000 per month for small businesses. Schwartz declined to reveal how much TeePublic pays for the service but says, “It pays for itself and more.” Urban claims that the ROI for small firms ranges from five to 20 times the cost of implementation, depending on prior conversion rate and industry.

Hiten Shah, founder of Kissmetrics, a San Francisco-based analytics and conversion company built to optimize marketing, believes Bounce Exchange fills an important role in e-commerce. “The knowledge around how to do e-commerce, what to do and what things to try is definitely one of the industry’s weak spots,” he says.

According to Shah, Bounce Exchange’s reliance on disruptive pop-up ads to drive sales works, plain and simple. “Every single time I’ve measured users’ dissatisfaction with pop-ups in the past, I find a single- digit percentage of people who complain about the pop-ups,” he points out. “But I also find a double-digit percentage who actually sign up.”