AOL is hoping to strike the app jackpot today with the launch of Kanvas 5.0, a live-streaming platform in the vein of Periscope and Meerkat that also features real-time editing capabilities -- including the painting, filter, sticker and thematic features that have turned Snapchat into a full-on Gen Z phenomenon.

“Over the last five years, you’ve seen a shift from the mobile handset being a consumption experience to also being a deeply creative experience,” says Vic Singh, founder of Kanvas Labs, which was acquired by AOL for an undisclosed sum in August. Kanvas 5.0 is the company’s first new launch under AOL’s auspices, but Kanvas Labs operates three preexisting mixed-media creation apps.

On Kanvas 5.0, users can choose from six filters, draw over streams, overlay animated GIF stickers and employ 20 total themes including weather, horror and psychedelic -- all in real-time. 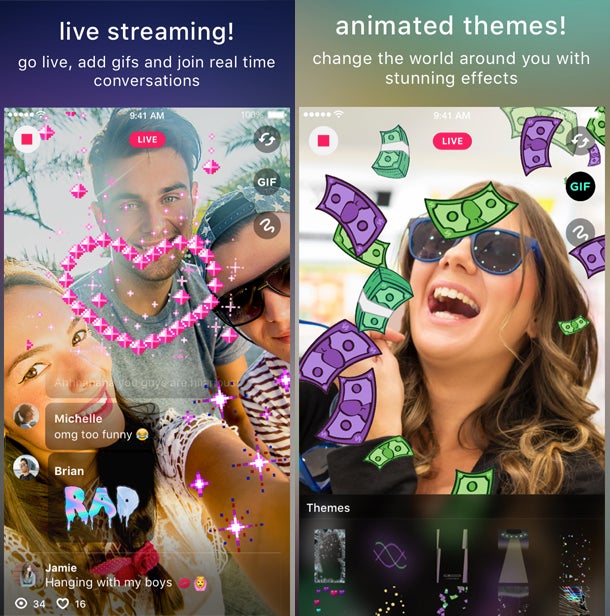 Related: Gen Zers Are Revolutionizing Our Marketing Landscape. Here's How They Want to Be Reached.

Because network connections and devices have progressed to the point where “people are seeing that it’s time to do live in a meaningful way on mobile,” and given the “clear market demand” for the editing tools popularized by Snapchat, Singh believes Kanvas 5.0’s launch is perfectly apropos.

The product dovetails with AOL’s stated focus on mobile video following its $4.4 billion acquisition by Verizon -- which was largely viewed as a play by Verizon for AOL’s highly progressive video advertising technologies.

Logistically, streams on Kanvas 5.0 are viewable to those who don’t have the Kanvas app via links sent out on Facebook and Twitter. Kanvas users can also receive notifications about or search for streams within the app, which functions as a social network. Viewers can chat during streams and even comment with animated stickers.

Related: What Will AOL's Tim Armstrong Bring to Verizon?

Unlike Periscope or Meerkat, however, “We don’t think the live streams should disappear,” says Singh, “especially when you’re adding all these themes.” Therefore, streams can be replayed indefinitely.

As with any new platform, potential use cases remain to be seen. Kanvas 5.0 has been in beta for roughly one month with 250 users, and Singh says the real-time editing features are largely being used as a means of expressing a mood. For instance: “We’re seeing people put the camera to the sky and use a theme to drive a lot of rain all of the sudden on a sunny day if they’re not feeling good.” 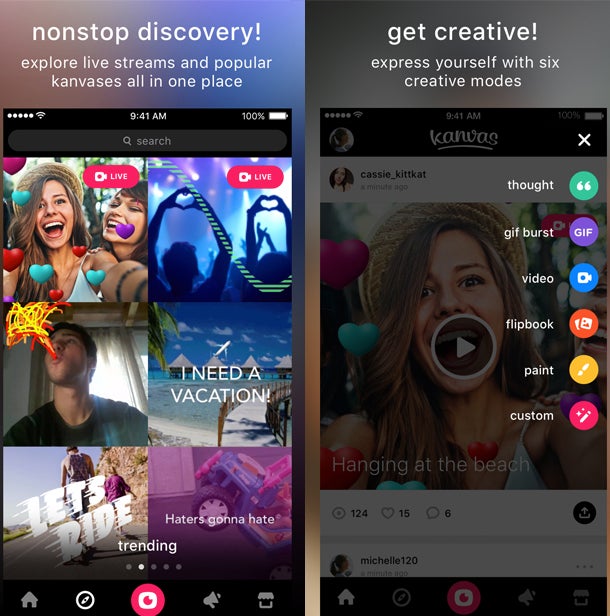 All told, Kanvas Labs counts roughly 2 million total users -- 65 percent of whom are between the ages of 13 and 18 and 65 percent of whom are female. Preexisitng products include a flagship app that lets users create GIFs, videos, drawings and photo slideshows, as well as Kanvas Keyboard, which allows users to send GIFs, stickers or edited photos and videos via any messaging platform.

While Singh says “there are ways that will make sense to monetize,” the company is currently in growth mode.

Because of Scarlett Johansson? Simultaneous streaming of Disney premieres is over

Mercado Libre has benefits for streaming users and Hasn't anyone noticed?