By Jason Daley November 24, 2015
This story appears in the December 2015 issue of Entrepreneur. Subscribe »

Michael Elliot remembers the experience well. “A friend of mine thought I really needed a pedicure, but she didn’t know how to tell me,” says the Los Angeles screenwriter. “So she surprised me one day and took me to a salon packed with women.”

Elliot loved the foot treatment, but he was uncomfortable and embarrassed in the setting. As soon as he walked in, he says, he felt out of place. Soon the one other male customer in the shop came over and sat down.

“We started talking, and I told him I felt like a fish out of water and that I felt I was being judged and invading these women’s space,” Elliot says. “That guy felt the same way, and I started to wonder if other guys had a similar experience.” 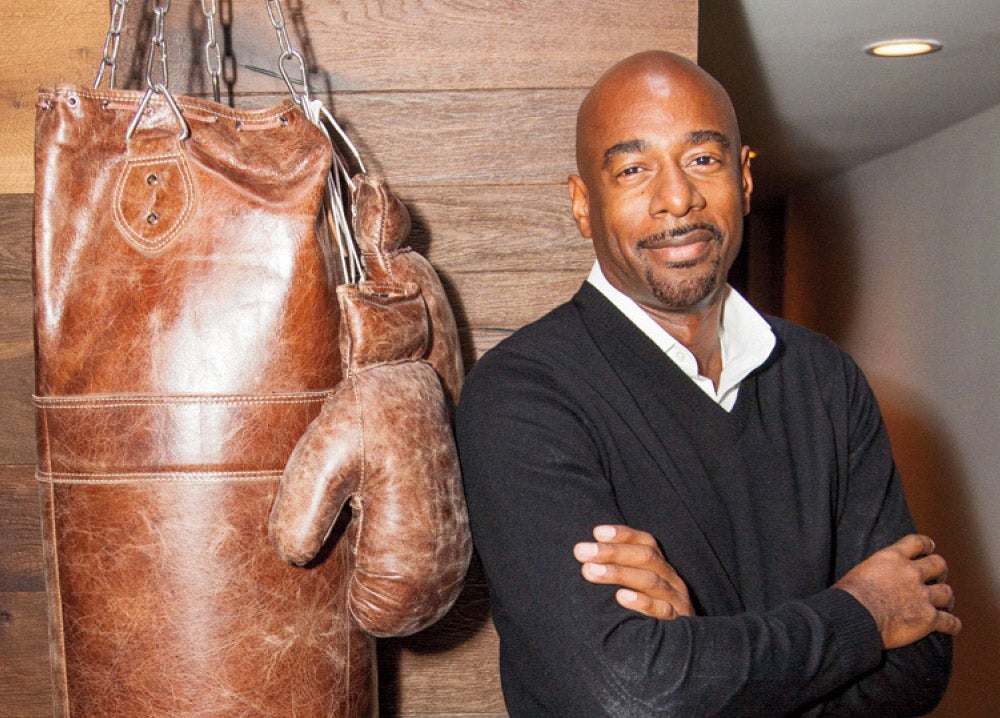 Elliot set out to do some research. As he suspected, he soon confirmed that there were no nail salons in the area dedicated to men, even though many told him they believed hand and foot grooming was important. So he seized the opportunity, and in November 2013 -- eight months after that fateful pedicure -- he opened Hammer & Nails on Melrose Avenue.

Needless to say, this is not your mother’s nail salon. Customers enter a high-end man cave, where they’re seated in overstuffed leather chairs, each outfitted with Beats or Sony headphones and a flat-screen TV (with remote, of course). There’s a selection of beer, whiskey and soft drinks to sip while technicians scrape off callouses; trim, file and buff nails; and massage rough skin.

Hammer & Nails has been wildly popular in Hollywood. Now Elliot is poised to franchise nationally. We tried not to bite our cuticles while he told us more about his concept.

Is there really a market for a men’s nail salon?

Here’s the thing, a pedicure and manicure for a guy is very different than for a woman. What I mean by that is women get a manicure or pedicure for aesthetic reasons; most of the time they want to change the color of their nails. For men, it’s about health and wellness. We have a list of eight health reasons why men should have a pedicure, and one is early detection of problems like corns, fungal infections and ingrown nails. Dirty feet are a breeding ground for infections, and the best way to deal with foot odors is to remove dead skin.

That’s a little gross, but it makes sense.

The average guy coming into Hammer & Nails has some sort of foot fungus and doesn’t know about it. Most people’s parents never talked to them about taking care of their feet. They don’t talk about feet with their wives, and guys don’t talk about feet with their boys. There was an article in The Wall Street Journal recently about how many NBA players get regular pedicures. For these guys it’s not about shiny toes; it’s about healthy feet. LeBron [James of the Cleveland Cavaliers] is very vocal on Instagram about his pedicures. Dwyane Wade [of the Miami Heat] says being on his feet is what he does, so he’s got to take care of them. I think perceptions of what a pedicure is need to change, and we’re trying to get that message out there.

How will you get regular guys in the door?

I believe there isn’t just one type of guy that gets a manicure or pedicure. We have NBA players next to a guy who works at DirectTV, next to a guy with a Rolls-Royce out front. I think there’s a segment of the male population going to female-centric nail salons because there are no better options. If we were in Portland or Chicago I think we would be the go-to destination, and that there’s a market for just this service.

Although only 3 to 5 percent of our clients are women, they generate 30 percent of our sales. Many are women in relationships with men who desperately need to take care of their feet. These are guys who would never get a pedicure on their own, but because the environment is so unique and it’s such a man’s spot, they feel at ease if their wife or girlfriend brings them here.

What services do you offer?

Our business is about hand and foot maintenance and repairs. Our techs are women who are knowledgeable about working with guys and administering treatments that are unique to men. We have a client coming in on Thursday getting the Citrus White Ale Pedicure, which uses Blue Moon beer as part of the treatment. The Jack Hammer uses a custom Tennessee whiskey-infused scrub. The Hops and Cedar treatment uses Guinness and hops-infused oils to flush toxins from the skin. Our sports pedicure uses reflexology. Everything we do was created specifically for men.