Casper, arguably the earliest and most prominent constituent of a new crop of startups seeking a slice of the roughly $15 billion mattress industry, is, for the first time, foraying beyond beds with the launch of a one-model-fits-all pillow as well as its very own sheet set.

"Anything that impacts sleep is fair game for us -- whether it's in the bedroom or out of the bedroom," said Casper's chief product officer, Jeff Chapin, at a launch event this morning in Manhattan. This could potentially include "duvets, bed frames, foundations, box springs, lighting in the room [and] temperature control in the room," he says.

"Today, Casper has moved from being a mattress company to building its own sleep environment," added Luke Sherwin, the company's chief creative officer.

And, in the same way that the company's mattresses are attempting to disrupt an industry that it perceives as rife with excess SKUs, bloated prices, misleading sales and a frustrating retail experience, Casper's latest offerings -- both of which were roughly 18 months in the making -- are similarly no-nonsense, Sherwin says.

The notion that someone is a side sleeper, stomach sleeper or back sleeper -- which dictates the way many pillows are marketed -- is a fallacy, according to Sherwin, because we all toss and turn throughout the night (before, at some point or another, ending up in the fetal position.) 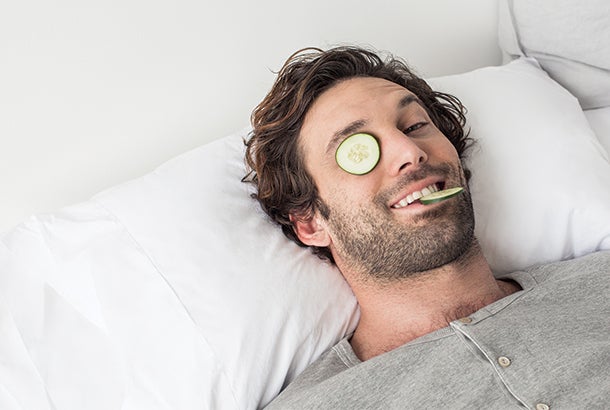 In a similar vein, quality sheets are typically considered to have a high thread count (which, when too high, can actually block air flow) and tout buzzwords like 'Egyptian cotton,' which can confusingly refer to any kind of cotton species that happens to hail from Egypt, Chapin says.

Casper's singular pillow design features a slightly springy inner cushion packed with roughly 1 billion synthetic fibers sourced from South Korea that is encased in a ziparound cover, which is also padded, but with slightly plushier fibers. These various layers make it unnecessary to stack more than one pillow, Chapin says.

The team arrived at the design after more than 60 different iterations, including Chapin's personal favorite: a big pillow filled with other tinier pillows.

But if Casper's mattresses, which start at $500, are considered a bargain compared to traditional options, its pillow and sheets are a decidedly steeper proposition -- beginning at $75 and $150, respectively.

Related: Look Out, Casper: Another Mattress Startup Is Joining the $15 Billion Pillow Fight

"Logically, you would expect Casper to sell a $40 pillow," Chapin says. However, he insists that the figure boils down to the price of goods and the company's cost-blind development process (plus margins). It's a good thing, he adds, that "both our sheets and our pillow will be perceived as premium products relative to the mattress."

The sheet sets, which feature a 200 thread count cotton sourced from California, also flaunt unique touches, including tabs on the fitted sheet so that consumers can tell the length from the width, as well as delineated borders for easier folding. The sheets are not exclusive to Casper mattresses and can fit any bed that's up to 12 inches deep. 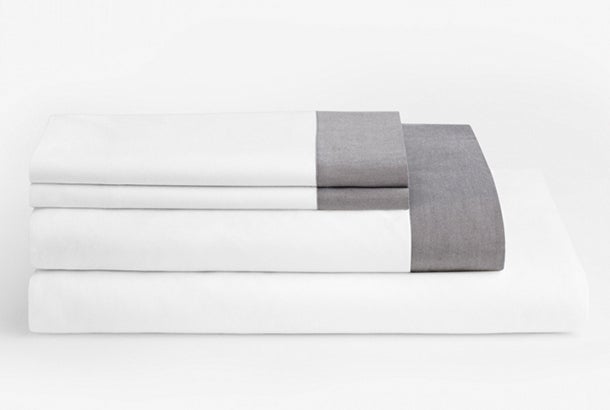 While Casper and competing startups in the space including Helix, Leesa, Saatva and Tuft & Needle are growing fast -- Casper boasts an annual run-rate of $100 million, it says -- these outfits still pale in comparison to industry giants Serta, Sealy and Simmons, who make up a whopping 75 percent of today's mattress market.

Nevertheless, Casper is harboring deeper aspirations about solving age-old issues surrounding sleep. "If you're going to have a bad night's sleep, it's more likely because you're stressed out or your mind is racing," Chapin says, "which are obviously more complex human problems."

While he is unclear on what products might ultimately address these issues, "I would love to see Casper move that way over time," he says.

Related: This Startup Aims to Be the Tesla of Mattresses

Here's Why You Should Drink Coffee Before You Nap