How These 2 Businesses are Disrupting Online Retail With Fewer Choices

By Krystina Gustafson March 28, 2016
This story originally appeared on CNBC

One year after launching MM.LaFleur, an online clothing shop for professional women, Sarah LaFleur couldn't figure out why the company's sales weren't growing faster. Once customers placed their first order, they were quickly converted into repeat buyers; acquiring new shoppers, however, was proving a challenge.

So in February 2014, some 13 months after the company's launch, the founder and CEO had an idea. What if, instead of requiring busy women to sort through the selection of work wear on its website, the company selected the best merchandise for them? 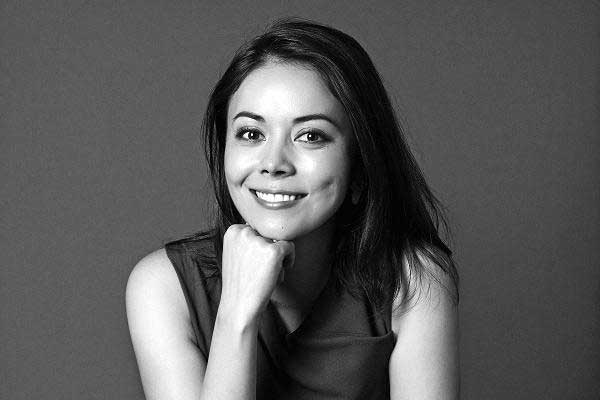 When this new business model officially rolled out in October of that year, the company's order volume tripled.

"When we launched this ... model where we're saying, 'OK, we'll pick everything for you,' that's really when our business took off," LaFleur told CNBC from the company's downtown Manhattan headquarters.

At a time when Amazon alone offers more than 500 million products for sale, the idea of introducing shoppers to a decidedly finite list of items seems counterintuitive. After all, part of Amazon's appeal is its recognition as a one-stop shop where consumers can purchase anything from dog food to designer jeans.

That same vast assortment, however, can also be somewhat of an Achilles' heel for the site. Enter online styling services such as MM.LaFluer and Stitch Fix, which cater to women who simply don't have the time to sort through an endless stream of product.

"To every trend there typically is a countertrend that makes sense," said Mary Brett Whitfield, senior apparel analyst at Kantar Retail. "These services really help curate a broad product selection down to something that is specific and personalized to an individual shopper."

LaFleur, a Harvard graduate who started her career in management consulting and private equity, founded MM.LaFleur in 2011. She started with just $70,000, including $35,000 that she had saved, and a $35,000 loan from her parents.

From April until September that year, LaFleur ran the business solo out of her New York City apartment, and tutored on the side for cash. That fall, with the help of a headhunter, she brought on the former head designer of the Zac Posen fashion label.

At that time, LaFleur said the company's goal was to create stylish yet work-appropriate attire that was high-quality and relatively affordable. Although that ethos remains the same, the brand needed a major pivot in its business model for sales to take off.

"Our big 'aha' moment was when we realized a lot of our customers, for them, their clothing is actually not the most important thing," LaFleur said.

So in February 2014, MM.LaFleur piloted its Bento Box model. Here's how it works: Shoppers visit the company's website and answer a series of questions about their workplace style, and whether they admire someone like Sonia Sotomayor over Beyonce. After providing their sizing, the styling service sends them a box of four to six items, starting at $35 for accessories and going up to $325 for dresses or jewelry.

Shoppers receive the first box for free, and pay only for the items they keep. After the first box, a $25 styling fee is charged per box, but is waived if an item is kept. (Unlike similar services, MM.LaFleur is not subscription-based. Instead, shoppers notify their stylist when they would like to receive a new Bento Box, or they can select items from the site on their own.)

Though LaFleur said it was obvious that this model was where the company's future growth would come from, she admits there were a lot of operational headwinds when it first started.

After one month, the company shut down the test to retool its design, production and other operational strategies. Eight months later, in October 2014, the new business model officially launched.

After initially struggling to grow sales, MM.LaFleur's sales increased a whopping 570 percent last year, with nearly 40 percent of its customer base making a follow-up purchase within four weeks. For 2016, the company is on pace to bring in $30 million in revenue. And just five years into existence, the business is breaking even.

In addition to its online shop, MM.LaFleur operates a showroom in its New York City headquarters, which it's in the process of expanding from three to six dressing rooms. The company has also tested pop-up locations in cities such as Washington, D.C., and San Francisco, and is considering opening a permanent store in D.C. It recently launched an at-home styling service in New York City, and later this year, will expand its assortment into shoes and bags.

"What we've always wanted to do since day one is be the one-stop shop for professional women," LaFleur said. "It's baffling to me why they're such an overlooked category."

Taking a page from bricks and mortar

Unlike MM.LaFleur, Stitch Fix was designed to be a styling service from the get-go. CEO and founder Katrina Lake, who started the company in 2011, had noticed that online shopping sites were focusing heavily on operational issues -- such as how to get a package to a customer quickly and cheaply -- but not necessarily paying much attention to the product itself.

Lake concluded that the future of retail would not consist of shoppers spending hours weeding through the thousands of culottes on the Internet to find the right pair; instead, by using data and customer feedback, she envisioned a world in which a stylist could choose the right product for an individual shopper's tastes and body type.

"Ironically, I think some of the inspiration around Stitch Fix is really what was great about stores in the heyday of stores," Lake told CNBC, referring to the role of the in-store sales associate. 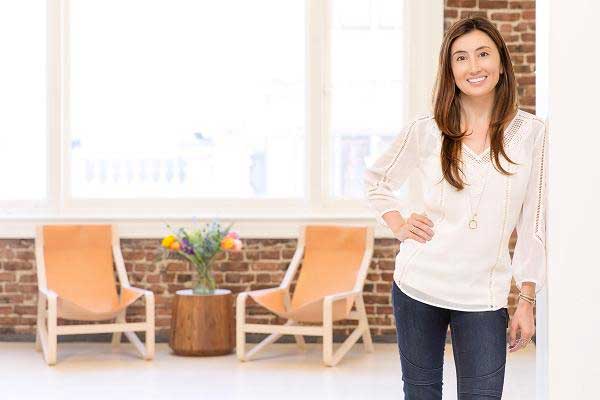 Five years later, and staffed with some 4,000 employees, that thesis has not changed. The way in which Stitch Fix operates, however, is markedly different. Whereas Lake used to gather the company's intel from SurveyMonkey polls and organize it on Excel spreadsheets, shoppers now fill out an extensive style quiz on its website, including how much they typically spend on accessories or dresses.

Each time a customer receives a shipment, they're charged a $20 styling fee, which can be used toward purchasing one of the five items in their order. If they keep the whole box, they get 25 percent off. The average price of an item is $55, and shipments can be scheduled to arrive as often as every two to three weeks, or every three months. Customers also have the option to skip the subscription model and manually schedule shipments.

According to CrunchBase, Stitch Fix has raised $46.75 million in three rounds of funding from four investors. Separately, a 2015 Re/code article reported that the company would generate more than $200 million in revenue that year. Lake declined to comment on those figures or whether the company is profitable.

Looking forward, Stitch Fix recently started testing a men's business, and Lake said she would eventually love to expand into plus sizes.

"The thing that ties all of our customers together is this feeling of being ... busy," she said.

As with any new business model, Kantar's Whitfield said there is a life cycle that's to be expected for these types of styling services. In the early stages, she said, there will be the innovators; then, as business starts to pick up, more competitors will start to adopt the model.

Those that will survive the shakeout, Whitfield said, are the companies that are able to evolve their assortments to keep up with customers' changing preferences, and maintain a personal connection between their stylists and shoppers.

"That aspect of the business model is an important differentiator," she said, adding that it's also difficult to sustain at a larger scale.

Following Nordstrom's 2014 acquisition of men's online styling service Trunk Club, it's "quite conceivable" there will be more acquisitions of these types of business models by traditional retailers, "simply because they're looking for growth," Whitfield said.

"Many of these established players are out of expansion runway for their core concept," she said.