Get a glimpse of how to use Facebook’s marketing resources to your business’s advantage.
Ash Read
Writer at Buffer
June 2, 2016 5 min read
This story originally appeared on Buffer


The Facebook News Feed is designed to deliver the best, most relevant content from the people and Pages you’re closest to. Even if that content was posted a few hours ago.

That approach isn’t a great fit with Live video, though. It doesn’t matter if a video was broadcast live if you missed it and had to catch a replay.

To counter this Facebook have made some updates to the way the News Feed works when it comes to displaying Live video content.

Facebook wants to draw attention to Live video broadcasts in-the-moment, and the data appears to show that Live content will keep users attention for longer. In a blog post, Facebook shared that people spend more than 3x more time watching a Facebook Live video on average compared to other video content.

Live video lets you share what you’re seeing in real time -- whether you’re visiting a new place, cooking your favorite recipe, or just want to share some thoughts. No matter where you are, Live lets you bring your friends, family, and followers, right next to you to experience what’s happening together.

Facebook launched Live for celebrities in August 2015 and gradually started rolling it out to influencers with Verified profiles before eventually opening it up to all iOS users in January 2016. Android support followed in February.

How to use Live 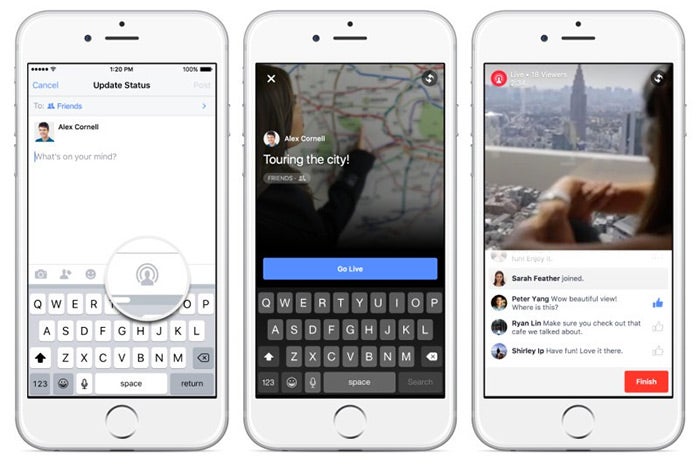 To share live video, tap on Update Status and then select the Live Video icon. If you’d like, you can write a quick description and choose the audience that you want to share with before going live.

Rather than notify all your friends or fans when you broadcast, Facebook will only send a push notification to close friends, people who recently interacted with your Page, or those who have subscribed to your Live videos.

During your broadcast, you’ll see the number of viewers, the names of friends who are tuning in and a real-time stream of comments.

Broadcasts can be no longer than 30 minutes, and when you end your broadcast, it will be saved on your Timeline like any other video.

Mark Zuckerburg has been using a big advocate of Live and sees it as “a way for people to have a more authentic and intimate experience sharing about their lives.”

How will this affect the News Feed?

Over time, Facebook learned that certain actions people take on a video, such as choosing to turn on sound or making the video full screen, are good signs they wanted to see that video, even if they didn’t decide to like it.

Since the Live feature has been rolled out to more users, Facebook Live video has become increasingly popular and more and more people, and Pages are creating and watching videos in real-time.

With Live’s popularity in mind, Facebook has decided to start treating Live video differently within the News Feed, as explained in recent blog post:

This News Feed update should mean people are more likely to see Facebook Live streams while they’re still in-progress. This provides a much more engaging experience as viewers can comment and interact with the broadcaster in-the-moment.

Letting your fans and followers know when you’ll be going Live is a great way to build interest and excitement ahead of your broadcast.

2. Write a compelling headline before you start broadcasting

A compelling headline can go a long way to convincing people to tune into your broadcast. The below example from Mark Zuckerberg is a great one. Asking fans to comment to ask a question gives a clear CTA and a reason to tune in: 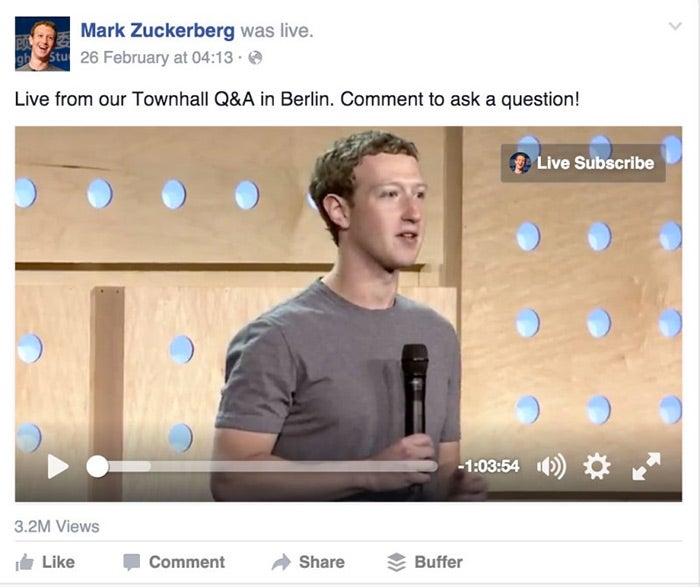 At some point in your broadcast, draw users attention to the subscribe button in the right-hand corner of your video. If someone taps this, they will be notified when you kick-off any broadcasts in the future. 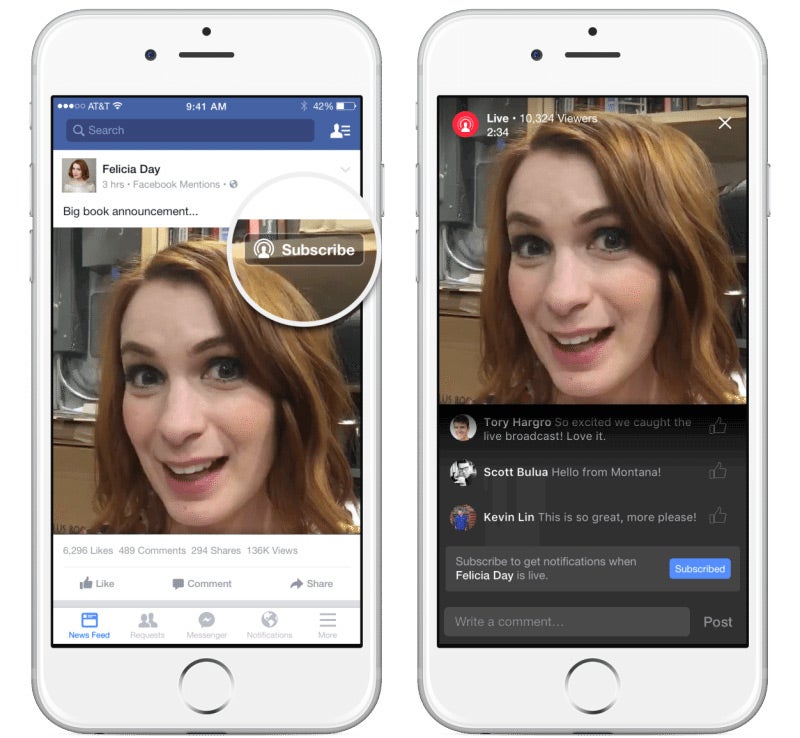 Live video is an incredible opportunity to connect with your audience. And with its prioritization in the News Feed, it could be a great medium to break through the noise and grab attention.

Live video is currently available to individuals and selected Pages, with it being rolled out to everyone soon.

Now could be a great time to start thinking about how you can get the most out of Facebook Live. maybe taking fans backstage at your company and showing them behind the scenes, a weekly Q&A session or even product demos to accompany launches.

A few possibilities for Live video content could be taking fans backstage at your company and showing them behind the scenes; weekly Q&A sessions or even product demos to accompany launches.

How Do You Create an Online Payment Event Through Facebook?