By Mariella Moon December 29, 2016
This story originally appeared on Engadget

Amazon's drone-delivery plans apparently don't stop with using flying contraptions to ferry people's purchases to their homes. Based on a patent it filed with the USPTO, the ecommerce giant dreams of launching big floating warehouses near crowded areas and happenings like sporting events.

The company calls the blimp-like structures "airborne fulfillment centers," because that's precisely what they are. Amazon envisions deploying drones carrying memorabilia or food from these floating warehouses, which will have billboards for advertising, to people attending music festivals or championships.

To reduce the work drones have to do, the blimps will have shuttles to lower them and the goods they have to deliver to the ground, as well as to carry stocks and even people up to the flying warehouse. Amazon also wants all those components to be able to communicate with each other through a mesh network, say, to relay data about wind speed at various altitudes. Plus, the company wants them to be able to communicate with remote computing resources and a command center in charge of inventory.

It's just a patent at this point, though, and a pretty far-out idea at that. Since we might never actually see this one become a reality, check out the image that came with the filing below to see what it could look like. 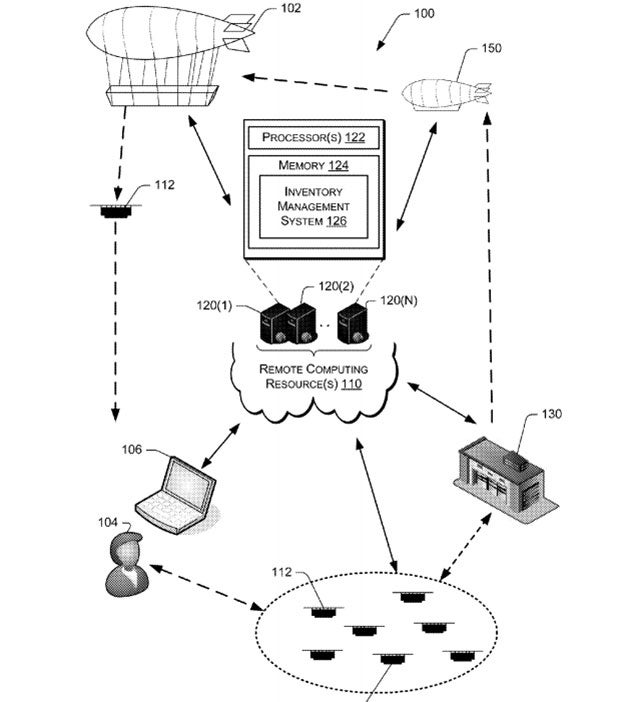