Paul Wasserman's Henry the Hatter has thrived for generations in Detroit. He knows everything there is to know about ups and downs.

By Phil La Duke July 24, 2017
Opinions expressed by Entrepreneur contributors are their own.

“We’re all as mad as hatters here… you must say good bye to me”—Tom Waits, Singapore

Paul Wasserman is to what all entrepreneurs should aspire to: tough, determined and hardworking yet with a charisma that can’t be faked. Paul’s success as proprietor of Detroit’s oldest retailer, and the oldest hat retailer in the country, didn’t come easily.

Henry the Hatter is a Detroit gem threatened by Detroit’s revitalization. The building owner rescinded Henry the Hatter’s lease, causing a public outcry like nothing in recent memory. This was more than gentrification, worse than profiteering. This was, in the mind of many metro Detroiters, a public insult that will forever stain Detroit’s resurgence.

Wasserman joined the store owned by his father in 1973 and now is president. He gets to the heart of the matter in his typical no-nonsense deadpan. “I have had people coming in -- multi-generational customers -- and they are taking affront that something has been done to them; you know they’re (taking it as if) this landlord who has put me out has taken something from these people; not so much from me.”

I admit to having something of a hat problem. It started when I bought a suede hat from an Indian reservation when I was 15. The collection has grown to in excess of 50 hats from custom-made high hats to pork pies, panoramas and fedoras. I’m not much into baseball caps as I am neither bald nor 14 years old. Henry’s has always been there to fill the need. When I tell Paul that it’s his job to prevent me from buying the nearly $500 opera hat I keep eyeing he slowly shakes his head and says, “No, it isn’t.”

Henry’s is more than a hat shop. It is a link to Detroit’s past and a microcosm of good entrepreneurship.

“There absolutely was a Henry," Wasserman said. "His name was Henry Komrofsky and he started his business as a top-hat repair place. The fashion of the day was top hats or silk hats. They would get dinged around a bit, and in those days even at the low price they sold for they were pretty pricey. Henry thought 'well, if I can fix them maybe I can sell them. He started selling hats, and then he said ‘If I can sell them maybe I can make them’ and he put in a factory and he did.” 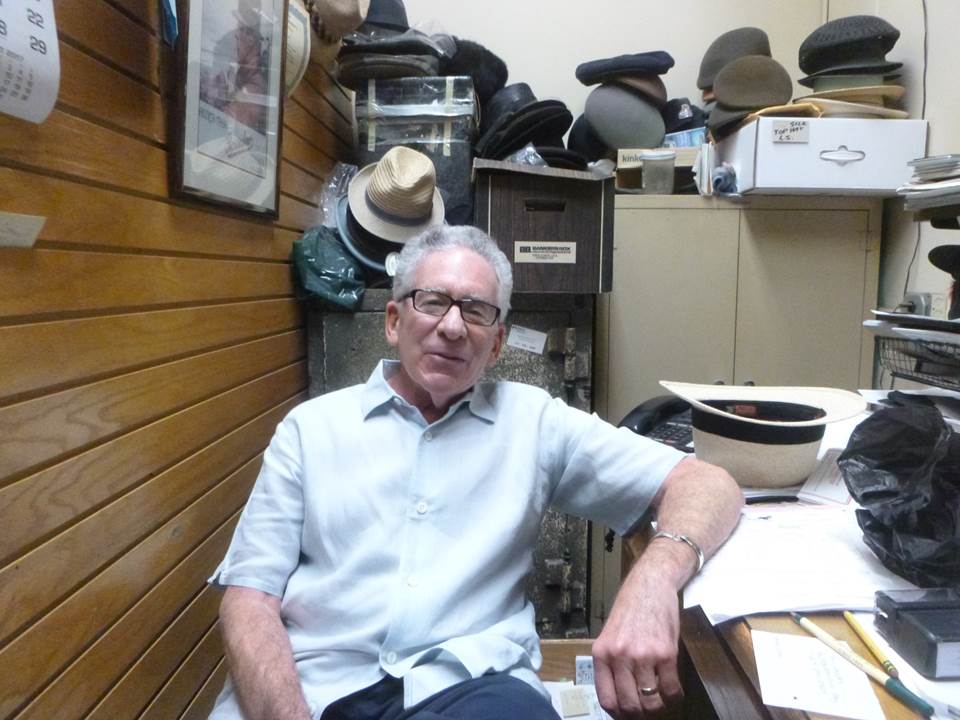 Wasserman proudly recounts the history of his business with a cheery reverence. It's what entrepreneurs do: remember and respect the foundation of their successes.

Henry’s was forced from the location it had occupied for 44 years when a department store decided to build a skyscraper on the land. It moved again again to its current location 20 years later. Henry’s remained resolute, because that’s what entrepreneurs do. They endure.

“We went after cleaning (hats), which again goes back to ‘you don’t throw it away you fix it’. We had renovating contracts for major stores in the United States. In our heyday we cleaned 40,000 hats a year.''

"We did that for $6.95 and made money,'' he said. "When hats kind of became out of favor a little bit in the mid to late ‘60’s, before the whole Superfly thing took off, my dad told me that the factory and the cleaning business carried the retail. There were times when he wasn’t sure if he was gonna make it.”

It was a national joke in the early 1970’s when Detroit dubbed itself the “Renaissance City.” The city was licking its wounds from the 1968 civil unrest (either riot or uprising depending on what side of the socioeconomic line you are on) that expedited an already escalating white flight. Even the Detroit’s Renaissance Center, at the time the largest world’s largest private development and featuring the world’s tallest hotel, failed to spur Detroit’s failing economy. Despite all the economic and political turmoil, Henry the Hatter remained. That’s what entrepreneurs do. They show up, especially when things are bad.

“What I would say to entrepreneurs who want to succeed is ‘show up every day,” Wasserman said. "I think it was Woody Allen who said 80 percent of life is showing up and that’s what you do when you’re a small business.”

After Hudson’s department store, once one of the largest in the world closed, a long stretch began when the only operating business in its part of the city. "It was very very tough but we somehow made it,” Wasserman said.

Businesses left the city in droves  for the suburbs or siimply forever closed their doors but Wasserman stood steadfast in the face of adversity (even surviving Detroit’s 2013 bankruptcy). Henry the Hatter succeeded where others failed because, like all successful entrepreneurs, Wasserman adapted and endured.

Great entrepreneurs are resilient. Today, Detroit is becoming a true Renaissance City.  Ironically, it is this very success that has most threatened Henry the Hatter. On June 7, 2013, Wasserman announced that he would close the shop because his lease was rescinded but he has plans to keep the business alive, in Detroit, by passing it on to his longtime manager.

“I will transition my business to Joe, my manager," Wasserman said. "I made it my business to try to come up with a Detroit location and then at that point that will be my swan song. Maybe not retire so much as to just gradually ease off.”

That’s what entrepreneurs do; they carry on.

Henry the Hatter boasts such celebrity customers as Jack White of the White Stripes, Run DMC, LL Cool J, Jeff Daniels, Jimmy Kimmel and Steve Harvey. Its hats have adorned famous heads for a long time. Dwight David Eisenhower wore a Henry the Hatter homburg to his second presidential inauguration. That long history motivated the  city and loyal customers to help. Within days of the announcement ideas surfaced for finding a new downtown Detroit location for Henry the Hatter.

“Well I’m overwhelmed, I’m humbled,'' Wasserman said. "This validates what I’ve done over the last 45 years in a very good way. It just feels very very humbling. It could be that a terrible situation is gonna come out as something positive for me.”

Henry the Hatter is so cherished that several groups of entrepreneurs sprang into action to find a new Detroit location and the air is electric with rumors of exciting locations in hip neighborhoods on the rise. Because that’s what entrepreneurs do -- they help each other out when they can.

Wasserman is generous with his advice for entrepreneurs flocking to Detroit:

“You want offer up something that is going to keep you here for a while; we are just a fringe item and such an out-there niche  but we’re still here maybe partly because of that,'' he said. "Tighten your belt and be prepared for the years that you don’t draw any money just to eventually get up and run.”

Because that’s what iconic entrepreneurs do: they pass their wisdom to the next generation.

Phil La Duke is a speaker and writer. Find his books at amazon.com/author/philladuke. Twitter @philladuke

Arkansas Offers Remote Tech Workers and Entrepreneurs $10,000 to Move There