How This Company Thrived by Ditching Most of Its Customers

By trying to create a luxe water bottle for the masses, Grayl built a product no audience wanted.
Next Article

Travis Merrigan and Nancie Weston had a simple, elegant idea. They wanted to make a bottle that cleans water. Fill it from a dubious source -- a stagnant creek or a rusty spigot in a foreign country -- and then use it like a French press, pushing down on a plunger-like filter to screen out harmful compounds. In 2013, after two years of development and a successful $15,000 Indiegogo campaign, they made it. It was called the Water Filtration Cup, sold under the brand name Grayl.

Their sales strategy was ambitious; they wanted Grayl to be useful to everyone. They gave it a sleek, stainless steel design to broadcast its durability and high-end elegance. Then they offered three cleaning cartridges, which were called Tap, Trail and Travel. Tap made water taste better, and the other two made it safe. Tap and Trail were filters that removed bacteria and protozoa, while Travel was a purifier that also cleared out viruses. The bottle cost $80 and included the Travel filter; the other two cartridges were sold separately. 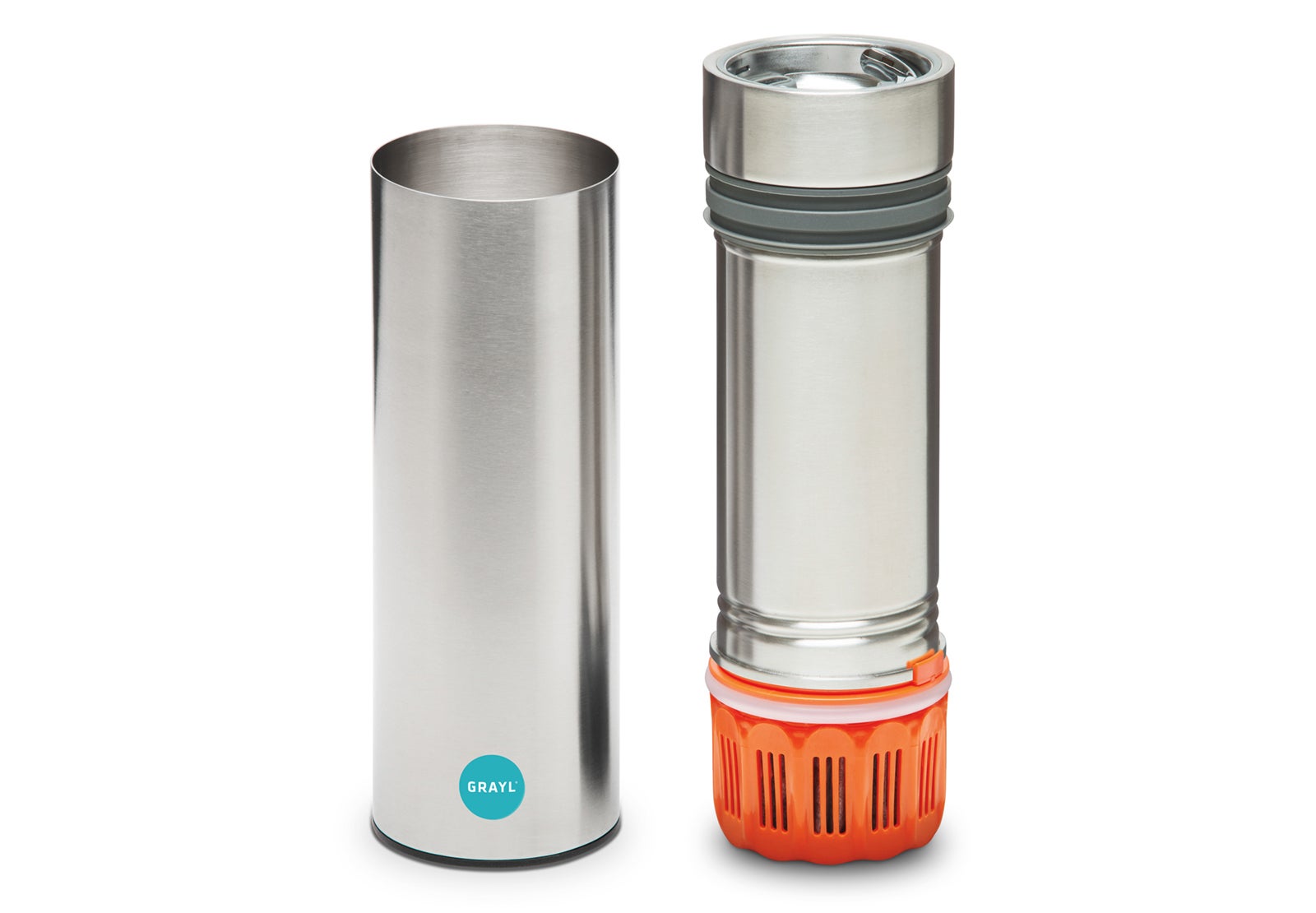 Confused? So was, well, everyone.

At trade shows, even Merrigan struggled to describe his product to buyers. “I’d spend two and a half minutes just explaining Tap, Trail, Travel,” he says. “Odds are you still don’t understand, and I haven’t shown you what sets us apart.” Two years in, Grayl had managed to land 104 retail partners, many of them wellness stores and gift shops. A few outdoor brands like REI were moving inventory, but the feedback was lackluster. Retailers complained that the generic packaging lacked a story, customers complained that the bottle was too heavy for backpacking and the three-cartridge system was still confusing. As one product tester put it in an email to Merrigan,“Why would you buy the second-best cartridge?”

Merrigan pushed back. You just don’t get it, he’d tell retailers and customers. But as sales slowed, he reevaluated. “That was the wrong response,” he says now. “The hardest thing is to hear hard truths. It took some humility.”

If the company wanted to grow, its founders realized, it was going to have to start from scratch. So the team began with a question: Whom is the product for? “We just didn’t understand who our core users were,” Merrigan says. “We thought, Everybody drinks water, and everybody wants it to be clean, therefore, we can sell to everybody.” In 2016, a fresh Kickstarter campaign introduced a new model designed for outdoor adventurers and emergency preppers. Instead of steel, it was made from lightweight BPA-free plastic, and instead of three cartridges, it came only with Grayl’s top purifier. The changes improved margins so much that the company dropped the retail price to $59.50.

Still, the founders were on edge. “We needed that Kickstarter campaign to work, or we may not have been a company anymore,” Merrigan says. Within its first day, the new bottle exceeded its $25,000 crowdfunding goal. By the time the campaign came to a close, Grayl had raised nearly a quarter-­million dollars -- more than 14 times what it’d earned through its first crowdfunding attempt.

Related: Where to Start When You Have to Start Over

The company ended its relationship with some of its retail partners and turned its attention to its new target market. With this laser focus, it soon tripled its reach. Today Grayl is sold in more than 350 storefronts, including REI, Canada’s MEC and Australia’s Mountain Design. Last year saw triple-­digit sales growth, which Grayl expects to replicate in 2017. “We walk into stores now and buyers high-five us,” Merrigan says. “We’re not the biggest water-filtration company in the business, but our competitors are very interested in what we’re doing. And they should be. We’re coming for them.”

Let Go of Assumptions and Reset Your Brand Mindset