How I Connect With Influencers Like Demi Lovato and Pharrell Williams -- And How You Can, Too

Learn where to reach out, what to say and how to maintain the relationship.

By Tom Ward December 4, 2017
Opinions expressed by Entrepreneur contributors are their own. 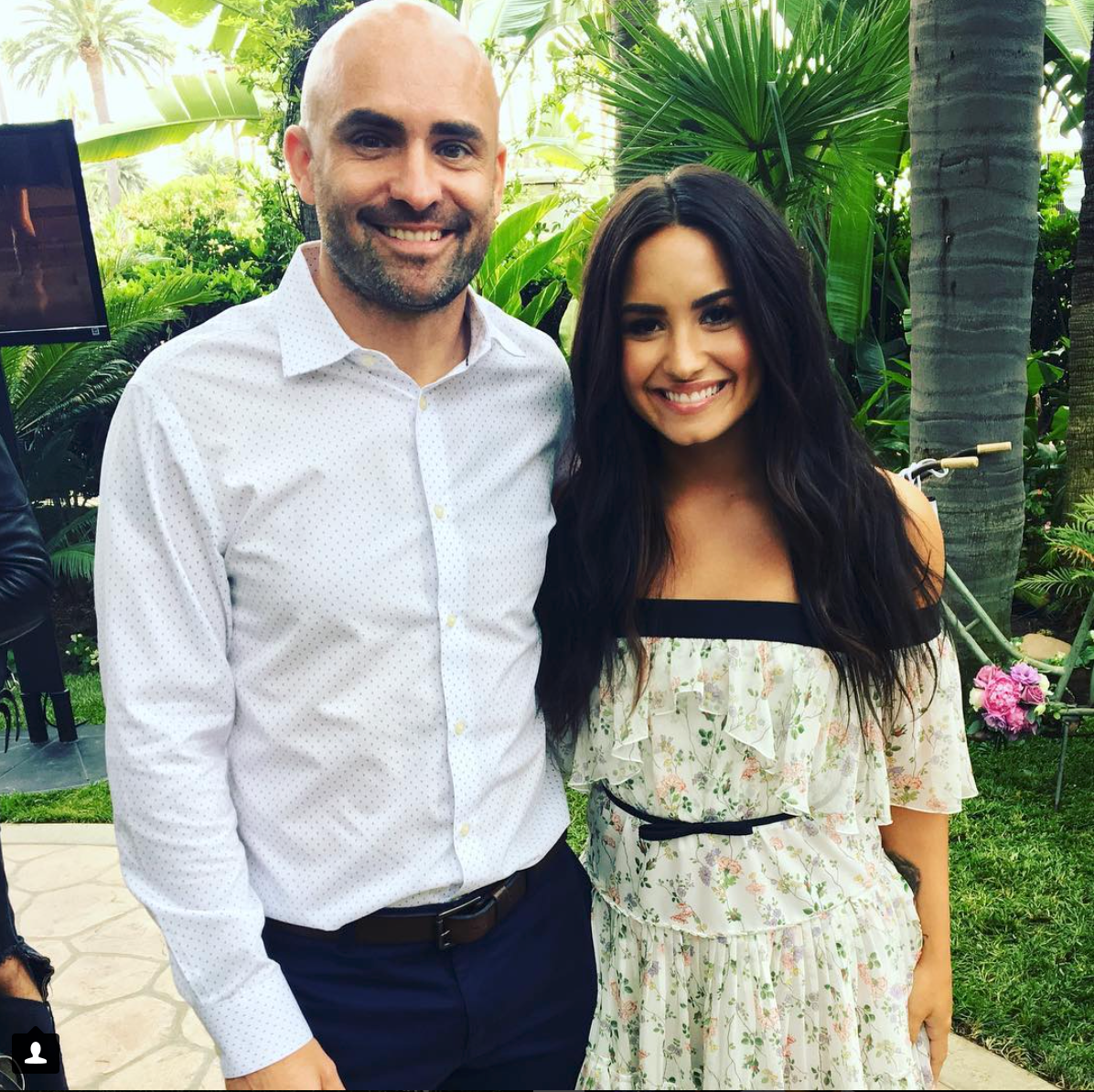 I just started interviewing influencers in March, and since then I've sat down with Kate Hudson, Pharrell Williams, Demi Lovato, Jake Paul, Shane Dawson, Fuck Jerry and even interviewed The Bella Twins on their reality TV show.

The question that I get asked the most is, "How do you connect with these people? I want to work with them too!"

Here are my tips for how to reach out to and connect with influencers.

Related: What I've Learned From Spending $10 Million on Influencer Marketing

Follow them on social. Read their blogs. Watch their YouTube channels. See what they're up to. Start commenting on their posts or send them an email.

I read a book by Dorie Clark, Reinventing You, that really inspired me. I sent her an email and over time we began a correspondence. She's now one of the people I reach out to when I need career advice.

If you're reaching out to influencers on social media, Twitter is the best channel because of the sheer amount of times they post on there, compared to other platforms. It gives you more chances to interact with them. I've never actually gotten a response from an influencer on the other social media channels, so I don't even bother with them anymore.

Follow the people you're interested in knowing on Twitter and start commenting on, or retweeting, their posts. The goal is to get them to follow you, so you can send them direct messages. It doesn't happen overnight, so give it time.

Related: How to Get Famous and Make Money On YouTube

Why would an influencer want to connect with you? What's in it for them?

I wanted to interview Kate Hudson for a long time, because I was interested in hearing how she grew her company, Fabletics, so quickly. But, why would she want to sit down with me? I had to wait for the right opportunity to approach her.

When she launched a new apparel line with Demi Lovato, I figured she'd want some press in a major business publication, so I reached out. I had something that would benefit her, so she agreed to do the interview.

Related: How Much Should You Really Be Spending on Influencer Marketing?

Unless you have kids under the age of 14, you probably don't know who Jake Paul is, but he's one of the biggest YouTubers on the planet. Last summer, he was involved in a ton of controversy, so everyone wanted an interview with him.

I investigated my network to find any connection I had to him. It turned out that he has the same publicist as Kate Hudson, whom I already interviewed. So, I reached out to his PR guy and I got me the interview.

If you haven't had any luck reaching out on social or via email, look through your network. Maybe you don't have a direct connection to the influencer, but you might know someone in his or her circle. Leverage whatever relationships you have.

Related: 5 Simple Steps That Can Make You an Internet Celebrity

Prove that you belong at the party.

You can't just start out hanging with the top influencers. I didn't get to meet Pharrell Williams without proving myself first.

The first interview that I did was with a medium-sized YouTuber. The interview went great and her manager set up another interview with a bigger client of hers. That influencer put me in touch with her friend, and so on.

The more social proof that shows that you've connected with influencers in the past, the easier it will be to connect with more in the future. Also, make sure your social media profiles are professional and up to date. Look the part. Fake it till you make it.

Be specific about what you want.

I see people getting this wrong on Twitter every day:

.@Influencer please follow me. Hmu. Shoot me your email address. I'd love to connect.

Why would someone respond to that? The same thing happens in person. A thought leader will speak at an event and people patiently wait to chat with him or her after. But, when they finally get their chance, they have nothing to say.

Be specific. Only ask for one thing. "I'd love to grab coffee because I've studied your career and it's been a huge inspiration to me. I'd love some pointers on how to grow mine."

Related: Psst! Hey! Wanna Be a Star? 9 Steps to Becoming an Industry Influencer.

If you do get the pleasure of connecting with an influencer, respect the relationship. I can't stress that enough! Go look at my Twitter followers. Lots of big names in there, right? I don't message these people unless it's absolutely necessary.

A ton of influencers have given me their cell phone numbers, which I guard with my life. Word travels fast, and if you abuse the relationship with crazy requests or excessive messages, people will find out.

You didn't get married after your first date, did you? Don't expect to become best friends with your favorite influencer after sending a tweet.

And never forget that you have a lot more to gain in a relationship with an influencer than they do. So respect their time. Good luck!