Whether a crispy cricket on the end of a fork triggers your spirit for adventure or makes you want to gag, there's no denying that edible insects will soon be part of the food landscape.

Indeed, in a 2013 paper, Edible insects: Future prospects for food and feed security, the United Nations outlined the key issue.

"To meet the food and nutrition challenges of today -- there are nearly 1 billion chronically hungry people worldwide -- and tomorrow, what we eat and how we produce it needs to be re-evaluated," the authors wrote. "Inefficiencies need to be rectified and food waste reduced. We need to find new ways of growing food." 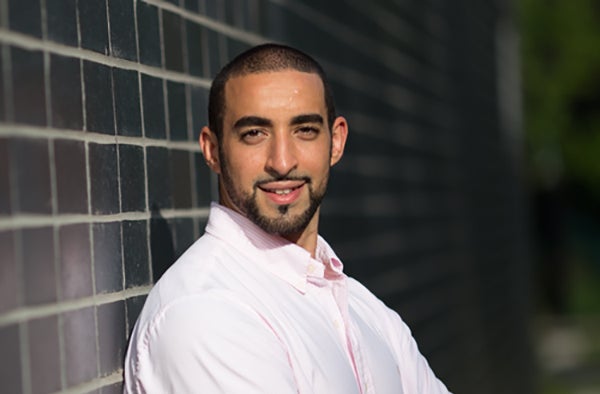 To get more insights into this growing trend, Entrepreneur spoke with Mohammed Ashour, co-founder and CEO of Aspire, which operates cricket farms in Texas and Ghana and produces cricket powder, among other products. The company recently acquired Exo, the makers of a cricket-powder protein bar that's backed by Tim Ferriss and Nas. Collectively, the new company is likely the biggest in the edible insects space.

We quizzed Ashour about why people should eat insects, the technology involved in farming insects and the best insect dish he's ever had.

1. Why should we eat crickets and other insects?

You should eat crickets and other insects because they are nutritious, delicious and better for the environment than almost any other source of protein. Most sources of animal protein require dramatically more land, water and energy resources to produce. To put that in perspective, to produce one pound of beef, you need around 5,000 gallons of water, whereas to produce one pound of cricket protein, you need less than 5 gallons of water.

2. How do you convince people to eat insects?

Most people just need to try it once and that's all it takes. But the challenge is, how do you get people to be willing to try? Part of that has to do with how you present the product. Some people are adventurous and won't mind eating a cricket that still looks like a cricket. Other people would prefer you to grind crickets into a powder and then add that powder to a product they already enjoy and are familiar with, like bars, chips, protein beverages and other consumer packaged goods.

3. What about the people who are terrified of eating insects? How would you get them on board?

It's not irrational to have a fear of insects. Insects can be disease vectors, they can destroy crops and in some circumstances they can be directly harmful to human beings. However, we focus on insects that are edible and safe to eat. People can start off by trying familiar products that use insects as an ingredient. Rather than having a bag of whole roasted crickets, perhaps they would be open to trying a peanut-butter chocolate chip protein bar made using cricket protein powder.

4. What are some of the products that feature edible insects?

Under our brand we sell bars that use cricket protein powder, which are high in protein and low in sugar. We also sell granola paleo bites and crispy crickets. There's other companies that sell chips, pasta using crickets flour and other edibles like beef patties and sausages using insect protein.

5. What kind of technology is involved in farming insects?

That recording is actually registered in our cloud so that we can keep and compile a massive data archive on how that particular bin has been serviced throughout its life. Because of that we can use theoretically blockchain to keep a ledger of every bin in the entire history of our facility and to know the relationship of the different bins to one another and which crickets ultimately gave rise to which future progeny bins and so on and so forth. 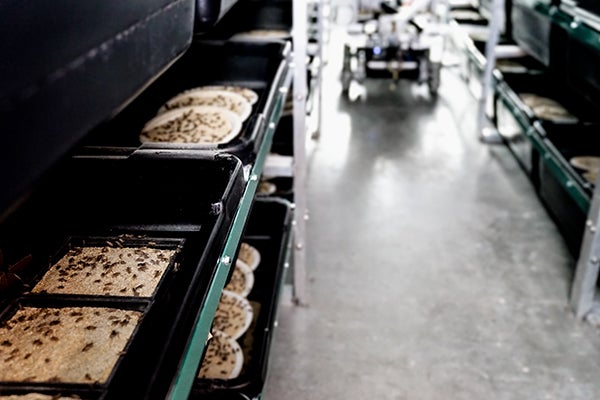 We have IoT sensors throughout our entire facilities to capture second-by-second data about different parameters like heating, cooling, temperature, humidity, water distribution, air flow, air ventilation, oxygen levels and things of that sort to help us constantly respond and improve the environmental conditions for farming.

Related: Would You Eat Protein Bars Made From Insects? Investors Have Bet $4 Million on It.

The merger makes a lot of sense if you think about any early stage industry where vertical integration can be essential to improving the product value proposition to the end consumer. Consumers more than ever want to understand where their food is coming from. Who's farming it? What is the food that their food ate? What things did their food get exposed to? Did you use chemicals, antibiotics, any types of things like that that don't resonate with these consumer preferences?

There's a strong need for some type of supply chain transparency. One of the best ways to understand consumers is to actually have a consumer brand. So by being a company that can address the supply chain side and also understand the consumer, we are able to stretch the journey truly from farm to table.

There are some added value benefits like reduced costs, improved customer retention and loyalty because there is an increased level of accountability and transparency.

7. Can you name some famous people who are supportive of the collective company's mission?

Tim Ferriss was actually an early investor in Exo. John Chambers, the former CEO of Cisco, is a major investor in Aspire. Mark Melancon of the San Francisco Giants was a huge supporter. Nas the rapper was also an investor in Exo. That's just a handful of folks. It's also worth noting that there's a number of celebrities that have come out talking about how they enjoy eating insects. Nicole Kidman, Salma Hayek and Angelina Jolie are three that come to mind right away.

8. What are some of the countries that eat the most insects?

In Asia you have places like Thailand, Vietnam, South Korea, Taiwan and China. In Africa you have Ghana -- we have a farm here. Many parts of Africa: Botswana, South Africa, Kenya, Senegal, Togo, Benin, Niger and Nigeria. Most of Latin America, and of course in North America you have Mexico, where insects are prominently consumed.

The common statistic that the United Nations cites is that 80 percent of the world's countries have a tradition of consuming insects.

9. Why do the world's wealthy nations need to adapt to eating insects?

There's a need to adapt to it because of the sheer shift in how we're producing food around the world and trends like reduced land, water, energy, more urbanization, higher population.

There's also the fact that if you look at the history of most of our food, almost all began with a very inglorious and tough sell, but ended up at the top of the menu. Lobsters are an excellent case in point, but so is shrimp and sushi. Most people think insects are the food of the poor, but that could not be further from the truth. If you go to countries like Mexico, for example, one kilogram of grasshoppers is actually more expensive than beef, chicken and pork. It's not actually a food of the poor. It's a delicacy of the very wealthy.

10. What's the most creative insect dish you've ever had?

In Mexico, I had the most delicious tamale that was made with a base that uses grasshoppers. It was peppered with flakes of cricket. On top of that it was garnished with ant eggs, which is called escamol. It was divine.

Related: The Owner of This NYC Ice Cream Shop Explains Why There Are Grasshoppers in My Sundae

11. When do you hope to see a big turning point with edible insects?

A major turning point was in 2013, when the United Nations published a landmark report that put edible insects on the map in most parts of the world in economic and financial circles. In 2015 there were some very significant investments made into this industry and some early-stage companies. There's a number of major retailers that are soon going to be launching cricket products for the first time.

12. What is on the horizon in the edible insects’ space?

Major retail launches, new product development and tons of growth in food service and other distribution channels (think: sports stadiums, airline snacks, convenience stores). This industry is rapidly approaching a tipping point, and we are excited to be at the forefront of this exciting market transition.