Why Rapper-Turned-Entrepreneur T.I. Says a Hustler Needs to Be Patient

The Atlanta rap star is now into everything from TV to real estate -- and learning important lessons along the way.
Next Article

This story appears in the July 2018 issue of Entrepreneur. Subscribe »

T.I. is hiring. On July 19, the Grammy-winning rapper behind gargantuan hits like “Live Your Life” and “Whatever You Like” is launching a BET reality show, The Grand Hustle, to find the next executive for his company. It’s the latest in his effort to expand the Atlanta-based business he started in 2003, which is also called Grand Hustle. Along with being a co-owner of the streaming music service Tidal, T.I.’s company is cultivating the next generation of young artists, producing TV and film and investing in everything from technology to fashion to real estate. All the while, T.I. (real name Tip Harris), who at the very peak of his rap career a decade ago had frequent and well-publicized troubles with the law, is coming into his own as a philanthropist, an actor, a manager and an executive with his hands in a dizzying number of pots. We talked to him about making the transition from solo artist to corporate boss, what he looks for in an employee and why hip-hop has always been such a hotbed of entrepreneurship.

Earlier in your career, your product was just your art. How do you think of your brand, Grand Hustle, now?

First and foremost, it’s an institution of culture. Culture is our commodity. All extensions of culture -- music, film, fashion, scripted and unscripted television, technology, real estate, touring, consulting, marketing. All forms of culture.

Being a solo artist is all about self-motivation. Now you run a company, which is all about motivating others. I imagine your management style had to evolve.

What else has changed?

Before -- at the height of my career as an artist -- there was so much money coming in that it didn’t really matter if people were doing what they were supposed to be doing. We were just getting money and having fun. And also, respectfully speaking, it wasn’t coming out of my pocket. [It was coming from the label.] But now, I’m actually putting the money up for these budgets that are being submitted. I’m actually paying vendors. So now, I treat it much differently, and I’ve learned so much more because of it.

That’ll focus you for sure.

I have kids, too. Private school, man, will focus the shit out of you.

Has it been challenging for you to get your staff to recognize you as Tip the boss, and not T.I. the celebrity?

I don’t even know what those titles mean. It’s just Tip. I am who I am. And the way I pre­sent myself is the way I will be received. I’m going to present myself as the boss, so you have no choice but to receive me as one.

Still, people are weird around celebrity. Do staffers ever get hung up, like, “Oh my God, the guy who did ‘Live Your Life’ is telling me to fix the coffee machine”?

Well, see, I think I understand the sentiment of your question. It’s basically, can people separate how they deal with me? But I don’t see it as a boss-versus-a-celebrity thing. I think it’s that we’re like a family. We spend so much time together that sometimes we have to separate that friendship when we’re actually at work and we have to meet deliverables.

Related: 7 Ways Entrepreneurship Helps You Be a Better... Anything

You were in and out of trouble a fair amount in your younger days. Did that give you any useful insights that you still pull from today?

Yeah. To make it out of the extremes of the environment we came from, with nothing but a dream and a work ethic -- to get here from there -- requires an immense amount of perseverance. All the things I’ve gone through, my transgressions and felonious activities, laid the pavement and directed me toward a path of positivity. 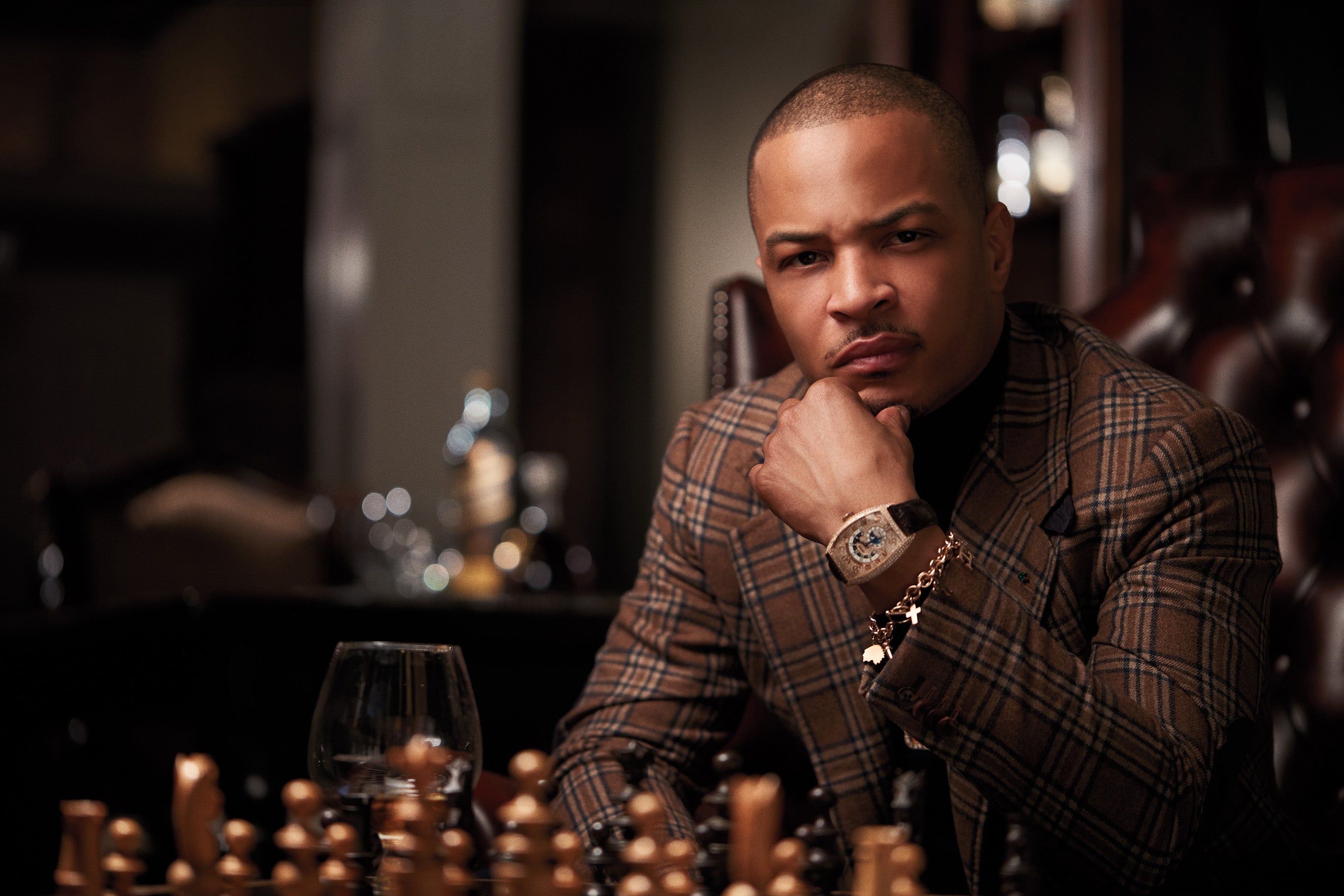 The smart people find a way to use everything.

That’s it. We all have our own set of experiences, resources, skills and relationships. Those are like tools in a tool belt. Opportunities come if you’ve prepared by recognizing that you have a tool that can help you make the best of it. Over time, that’s gonna make you a very successful person.

Hip-hop has a really rich tradition of entrepreneurship. Why do you think that is?

Because we have the greatest, most celebrated examples of how entrepreneurship, when it’s done right, can turn out. Russell Simmons, Jay-Z, Puffy, Queen Latifah, [Murder Inc. Records co-founder] Irv Gotti, [Cash Money Records founders] Baby and Slim -- there are countless examples who have come from nothing and invested themselves into the art and learned the business along the way, and they have changed their families’ living standards forever. When you have so many examples, people go follow the blueprint.

You’ve had access to a lot of mentors since you got into the business side. But did anyone give you great advice when you were a kid that really stayed with you?

Sure. My father said, “Always be mindful of what you do with your money.” Because what you do with a dollar is exactly what you will do with a million dollars. If you get a dollar and you go and blow it all on candy, well, if you get a million dollars, you’re going to do the very same thing. But if you get a dollar, and you only have this dollar, and you say, “OK, I’m gonna put 50 cents in my pocket, and I’m going to take this other 50 cents and put it up in case I need it later,” then that’s what you’ll do when you get more money. Think of it like practice.

Related: 6 Personality Traits That Are Perfect for Entrepreneurship

Why did you decide to launch a TV show to find an executive for your company?

I thought it would be interesting to weed our way through the not-so-good to get to the good. Even on shows like Shark Tank, it’s great when the deal is perfect, but the entertaining part is weeding through all the things that are insufficient to get there.

So what are you looking for in this executive?

There’s a special set of skills required for this particular position. The brand, it’s multi­faceted. The first thing is: You have to maintain a level of professionalism at all times. That is a skill that is not easily attained. Especially in one’s youth.

So how do you find out if someone has it?

Well, you create scenarios. And you monitor people’s responses, and see how they adjust to these certain scenarios.

Did you draw these scenarios from your own career?

They’re all drawn from different aspects of my career and my business. For instance, part of what we do is shape and mold and cultivate the careers of other artists. So in one of the scenarios, they had to create an album release performance. Those who performed the best were rewarded, and those who performed the worst were introduced to the door.

In what other ways are you torturing these people to see what they’re made of?

Well, I won’t call it torture. What we’re doing is we’re conditioning them. But there was one gentleman who just couldn’t take it. He said he had to leave. Literally. He had a panic attack.

Can you tell me what caused the panic attack?

I can’t get into the details of that. Tune in to the show. But look: Pressure’s either gonna bust pipes or cut diamonds. If you got it in you, and all it takes is the right amount of pressure to pull it out and show how much you can shine, we’re gonna make sure you get there.

What else are you looking for?

You have to know what you know. Nobody’s gonna know everything, but what makes the smart person even smarter is that he can identify what he doesn’t know and say, “OK, I need to go to my partner across the street who knows.”

Absolutely. And there’s a certain amount of ego in someone who always thinks they have the answers. It’s not about knowing the answer; it’s about you putting your ego before the needs of the brand. That’s the worst quality.