By Daniel Cooper January 9, 2019
This story originally appeared on Engadget

BotBoxer is the creation of SkyTech Sport, a company that makes gym equipment, most famous for the simulators used to train the US olympic ski team. Five years ago, the Los Angeles-based company turned its attention to creating a robotic boxing trainer, which it showed off in Las Vegas. I was excited to try the machine out for myself, despite being a total novice in the world of boxing.

Essentially, BotBoxer is a punchbag on a stick, itself loaded up with a number of sensors that can detect pressure and movement. The stick is then connected to a base and held in place with a series of cables that can angle it around to dodge blows during sparring. Surrounding the dais is a series of pillars in the faux-boxing ring style, the closest two loaded up with infrared sensors, as are the base. 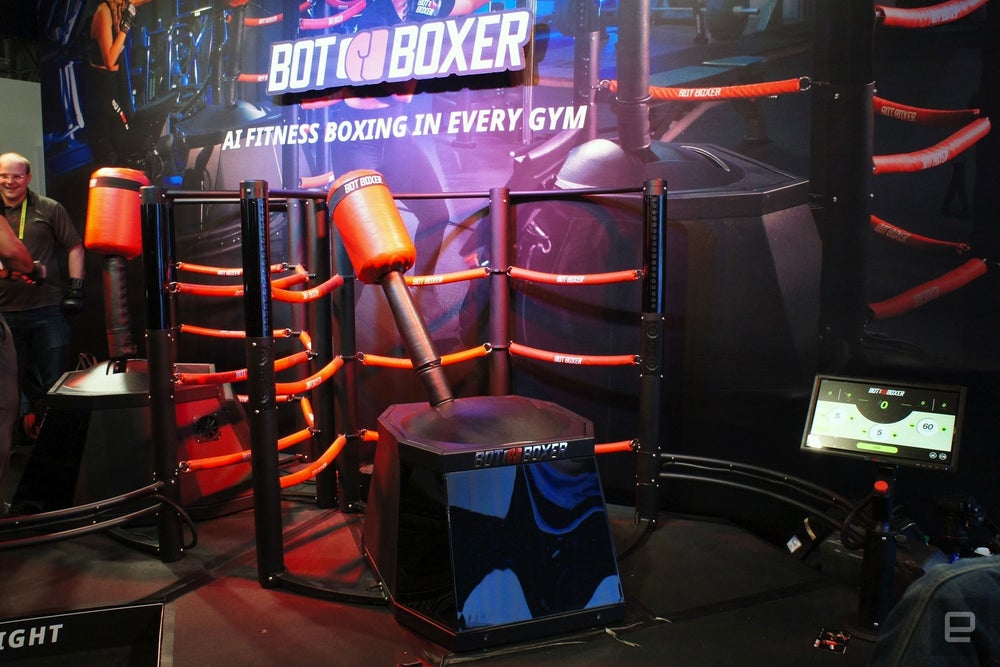 In tandem, the sensors can analyze your feet and body position to determine your stance, and predict where you're about to hit. Knowing this, the bag can bob and weave around to avoid your punches to make the ideal sparring partner when your trainer is unavailable. Priced at $19,900, it's intended for use by gyms and the sort of rich people who can probably afford an army of flunkies to fight them anyway.

I was guided through an early tutorial and some regular drills by Bo, one of BotBoxer's trainers and someone who knows their way around a boxing ring. Bo gave me a crash course in how not to suck at boxing, and any injury I sustained was through no fault of her excellent teaching. That included how to use my body to power my strikes and how not to smash my hand to pieces when punching.

Every time you strike the bag (and every time you miss), you'll be given voice guidance to help you improve. Sometimes that's as simple as telling you to step back, or adjust your stance, through to being told you need more power in your strike. Hit badly, or at a potentially injurious angle, and you'll get a sound effect that'll let you know you've done something wrong. 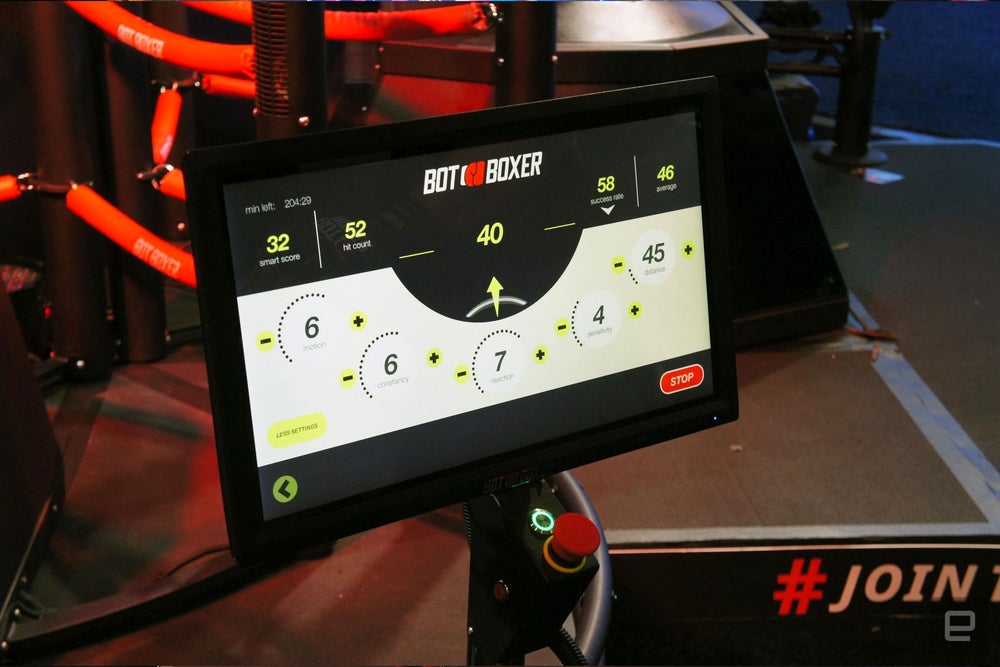 The BotBoxer is very customizable, and you can tweak features like motion, consistency, distance and reaction. You can even set it so that, if you hit it successfully several times on the bounce, it'll get less reactive and woozier, like a punch-drunk boxer.

Get past the tutorial and you'll be thrown head-first into training drills, asking you to jab and punch in rhythm to perfect your technique. From there, you can go into a sparring mode where you can go a number of rounds to see if you can knock it out. The sparring mode is enormous fun, and I could imagine myself spending plenty of time playing with this thing as I learned.

Certainly, this isn't the sort of device I'd suggest a beginner just rock up and try, since you need a good grounding in the art of boxing. Even after my own grounding in the very basics of the sport, I still managed to pull a muscle in my right arm and hurt my hand pretty decently. Mostly because I, stupidly, thought I had it and went for a big haymaker, only wound up giving BotBoxer more of an open-handed slap. As you do.