'If You Don't Stand for Something, You Seem to Go Away Fairly Quickly,' Says the Founder of The Gluten Free Bar

Marshall Rader and his brother encountered plenty of naysayers for their business. They proved them wrong.

Marshall Rader had been urged to change the name of his business since its founding.

Courtesy of The GFB

In 2010, the Chicago resident started The GFB: Gluten Free Bar with his brother, Elliott -- both have celiac disease. While the name spells out exactly what their products are, people who worked with Rader in the past thought the name was a mistake. He started to doubt it as well.

"Whether it's a buyer, retail store, broker, mentors, marketing people or PR agency, there probably isn't one group over the course of the past seven years that hasn't told me that I needed to change the name," he said. "It's been a constant defense of the name and the brand."

It seems obvious to tout the gluten-free claim now, but in 2010, gluten did not hold the same prominence in consumers' minds. While rates of celiac disease, in which sufferers experience health issues with the consumption of gluten, have remained steady at under 1 percent of the population, the rates of people avoiding gluten in their diets has tripled, from 0.5 percent in 2009-10 to 1.7 percent in 2013-14, according to the Mayo Clinic. The global gluten-free product market was valued by Zion Market Research at around $4.72 billion in 2017. The firms says it will reach $7.6 billion by 2024.

As knowledge of gluten has increased, Rader's steadfastness has proven correct. The GFB products, which include bars, bites and oatmeal, are currently sold in more than 12,000 retail locations nationwide, with a recent expansion into Kroger, Publix and Costco stores, as well as Canada. Its top sellers are its Dark Chocolate Coconut Bites, Cranberry Toasted Almond Bars and Dark Chocolate Peanut Butter Bars and Bites. The company manufactures its own products and holds B corp status for its inclusive hiring of former convicts. The GFB is also on track to upcycle or recycle 90 percent of its waste. 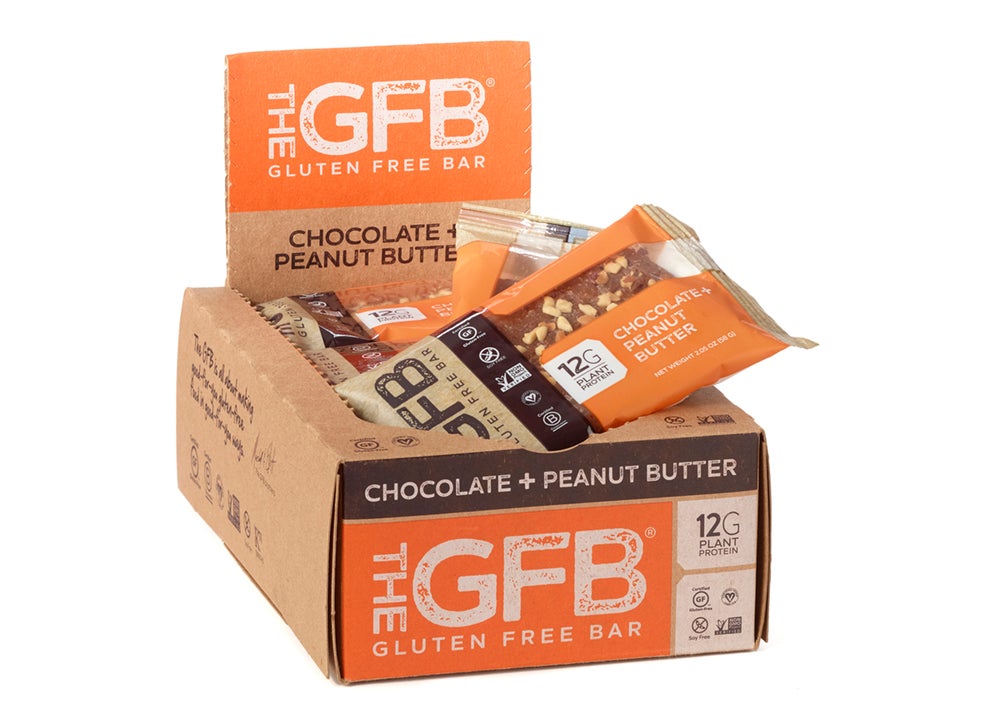 Image Credit: Courtesy of The GFB

"I like to believe and hope that we've made the right decisions to stay with who we are," Rader said. "Especially in bars, if you don't stand for something, you seem to go away fairly quickly. Maybe putting 'gluten free' on it in some ways puts a ceiling on [your sales and growth, but] it also puts a floor and says there's gonna be a certain amount of people who are always gonna be attracted to this product because it's clear."

After Rader's celiac diagnosis in 2009, he said he found existing gluten-free bars unpalatable, so he employed a pastry chef to come up with a gluten-free bar he would actually look forward to eating. He self-manufactured bars and sold them into stores, while working his day job as a corporate paint salesman. Rader quit his job a year and a half later after founding The GFB. His time as an entrepreneur gave him a crash course on the retail food industry, and also taught him an important lesson about branding.

Related: 'If You Created it, You Should Be the Best at Everything in Your Company,' Says the Co-Founder of Lenny & Larry's Complete Cookies

"We hired a marketing person thinking that they would help us distill … what we stand for," he said. "We learned that we couldn't outsource identifying who we are and the things that are going to drive the core of our business. We had to figure it out ourselves. We already knew it: We want to be honest, straightforward and clear."

That, of course, starts with the name, signaling to potential customers exactly what they're getting.