A new Pew survey shows the trends for which online platforms and messaging app get the most and least usage.

By Eric Griffith May 23, 2019
This story originally appeared on PCMag

Looking at data from an annual telephone poll conducted by Pew Research Centerand quantified in tables here by our partners at Statista, it's easy to see that YouTube and Facebook far outpace the rest of the competition when it comes to daily use on both PCs and phones. Seventy-three percent of U.S. adults claim they're checking YouTube daily; 69 percent have a daily date with Facebook. 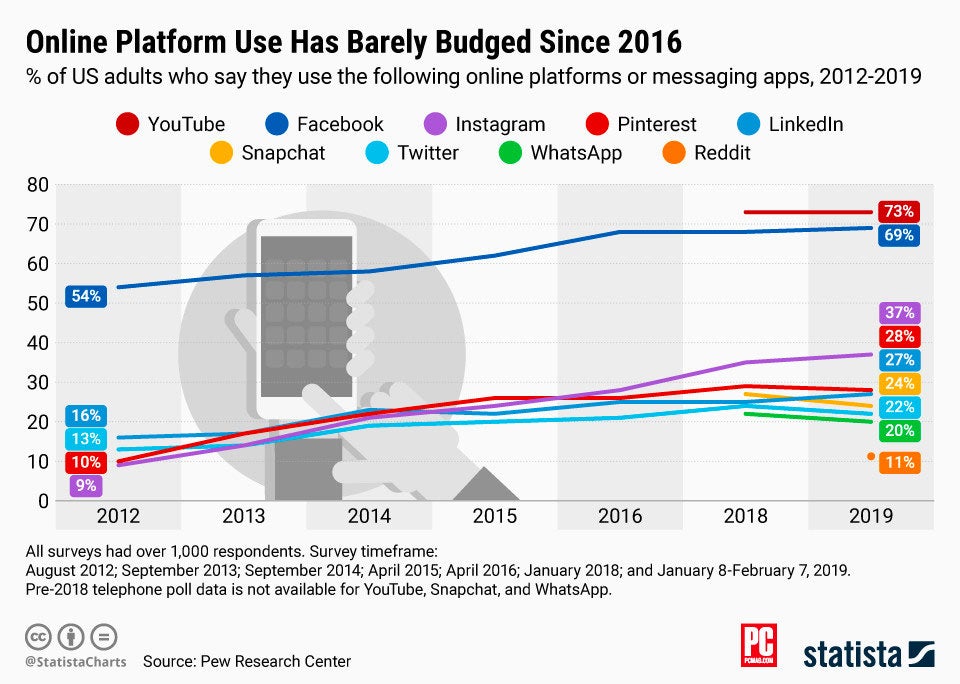 While there's no data to show YouTube's growth (nor that of WhatsApp or SnapChat) prior to 2018, daily usage isn't really growing by leaps and bounds, especially since 2016. Facebook had 54 percent of people checking daily in 2012, took 4 years to gain 15 percent more, and has been relatively flat ever since. Instagram -- owned by Facebook since 2012 -- had the best growth, going from 9 percent in 2012 to 37 percent this year. YouTube hasn't gained in usage in a year.

At least the trend is typically upward -- except for Pinterest, SnapChat and WhatsApp, which all have dipped since 2018. Least used of the lot is the newest service to get asked about in the poll this year: Reddit, at 11 percent. The poll was conducted from January 9 to February 7, 2019.

All of the above is for adults,age 18 and older, a.k.a. the uncool. What are the teens using? It's not Facebook -- at least, not most often. 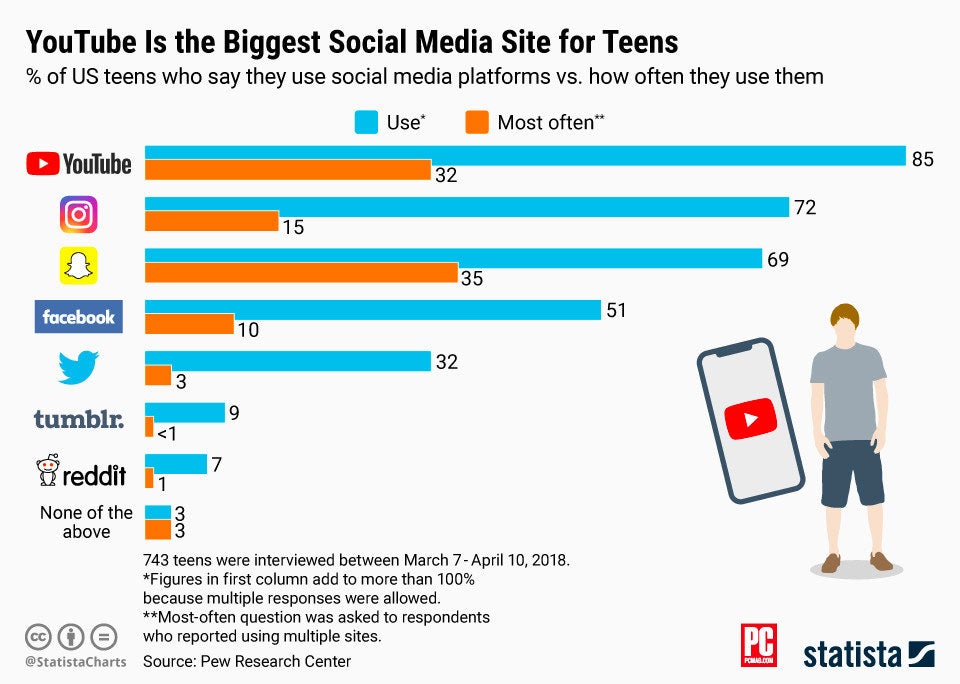 Top teen platforms are YouTube (again) followed by Instagram and Snapchat. What order they come in depends on how you ask. Pew asked for teens to say what they use allowing multiple answers (in blue), so the amount adds up to more than 100. Asked to name the one platform they use most often (in orange), YouTube is still on top, but Snapchat edges ahead of Instagram.

No matter what, Facebook is in fourth place, though it still outpaces Twitter, Tumblr, and Reddit usage by a wide margin. (These numbers are all from a March 7 to April 20, 2018 survey.)

Pew has a lot more to show in its latest 10 Facts about Americans and Facebook.