If you're a regular user of Twitter then you've probably wished more than once for a tweet edit button after seeing a spelling or grammar mistake go live. Unfortunately, we aren't getting one and probably never will. 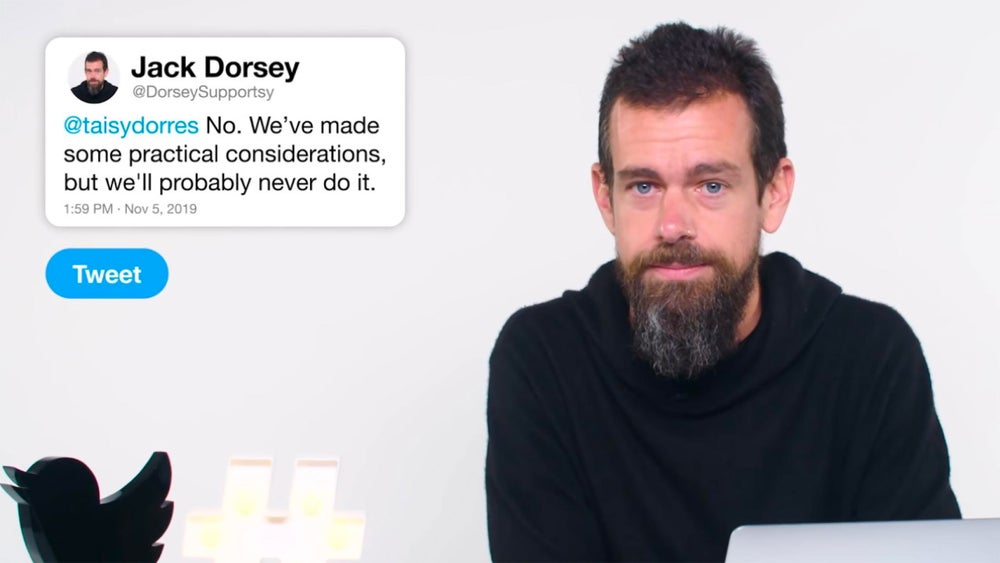 Jack Dorsey took to YouTube via Wired to answer frequently asked questions about the service he co-founded and inevitably the issue of an edit button was raised. The question "can we get that edit button in 2020?" was asked by @taisydorres, which Dorsey quickly responded to with a firm "no."

He went on discuss the problems editing tweets introduces, for example, you'd need to delay the tweet going live for a period of time. If you didn't or left editing open for the lifetime of the tweet, there's nothing to stop tweets being altered after they'd been retweeted thousands of times.

Ultimately Dorsey admits solving those problems is "just work," but that it's also work Twitter will probably never undertake, meaning the edit button isn't happening. I suspect it never will while Dorsey remains at the helm.

A range of other questions were tackled during the 11 minute video. If you didn't know already we learn why tweets have a limited set of characters, that you can extend that limit endlessly using threads, and Dorsey sarcastically responds to the idea of a dislike button by stating he'll get the team on it. We also learn he tries to get in two hours od meditation a day and eats seven meals a week.

Ask a Travel Nerd: Can I Travel Without a COVID Vaccine?