By Daniel Cooper April 17, 2020
This story originally appeared on Engadget

The Libra Association, the Facebook-backed cryptocurrency outfit with plans to own the future of money, has had a change of heart. After almost a full year of criticism, the body has climbed down from its original goal of creating a single “stablecoin” for the world. Rather than make what could be described as a global currency, Libra will now be a little bit more, uh, like PayPal.

The New York Times says that Libra will no longer be a single currency that would remove the pain of cross-border buying and selling. In its place, Libra will focus on building a payment network in which coins are tied to a variety of local currencies. That means the same frictions around foreign exchanges and transfers remain, eliminating Libra’s entire reason for being.

Related: How to Create a Facebook Business Page in 7 Steps

Now, Libra will tie itself to a series of currencies, including U.S. dollars, euros, and British pounds. As TechCrunch explains, “When you send one Libra, you’ll actually send a fraction of USD-backed, EUR-backed, GBP-backed (etc.) stablecoins.” That should be an effective hedge against currency fluctuations, but it’ll hardly remove the risk for buyers or sellers.

It’s a leap from the original Libra pitch, which was designed to remove the pain points from the global financial system. It cited the 1.7-plus billion people who lack access to proper banking, who often have to pay more for the services that some people take for granted. “Hard-earned income,” it said, “is eroded by fees from remittances and wire costs to overdraft and ATM charges.”

When Libra launched in June 2019, the number of major financial companies it had signed up offered a veneer of legitimacy. Names like Visa, MasterCard, PayPal and Stripe were all listed in the first announcement, as well as the usual tech companies like Uber, Vodafone and Spotify. But by October, PayPal had withdrawn, with MasterCard, Visa, Stripe and eBay all peacing out by December. Libra chief David Marcus said that the withdrawals were likely to be temporary until there was more “regulatory clarity,” but that always seemed optimistic at best.

But even before the high-profile departures, it was clear that Libra would never get out of the gate in its first form. Imagine that you’re the leader of any country that has its own sovereign currency, and Mark Zuckerberg is threatening to undermine it. He may have promised that he didn’t have overall control of Libra, but the sheer audacity was always troubling.

After all, central currencies are a key tool of governance and not something many countries would willingly give up. At least not without both some huge guarantees about how they would work in future, and something equally valuable in return. But there seemed to be no upside for the countries who Libra would likely damage economically, and plenty of downsides.

The idea of a single global currency isn’t a bad one per se, but certainly it can’t be entered into blindly. Europe’s experiment with the euro, and the single market, has shown how a single currency can reduce the issues around conversion, payment processing and transfers. And that removing those roadblocks supercharges free trade in the area, giving it a competitive advantage.

But it’s worth noting that the Eurozone doesn’t just harmonize currencies. The European Union tightly regulates the market, and its biggest triumphs are often about political harmonization as much as they are financial. In fact, the zone’s biggest failures have often come because of its failure to properly harmonize political actions across the continent. 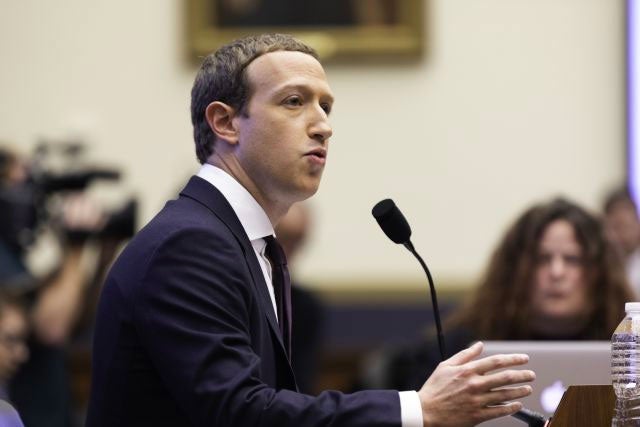 And the U.S. and countries in Europe immediately began raising objections to what they saw as holes in Libra’s system. Days after launch, Maxine Waters, head of the house Financial Services Committee, asked Facebook to pause work on Libra. Two days later, the Senate began scheduling hearings to discuss the matter. Lawmakers wanted commitments that Libra wouldn’t launch until they had given their blessing, something that Facebook did agree to.

It didn’t help that the association outlined a system that worked a lot like Bitcoin, at least in terms of decentralization and a lack of control. Republican Treasury Secretary Steven Mnuchin said that such a system would offer a free pass to money launderers, terrorists and criminals. Recently, the Department of Justice charged an individual who helped launder $300 million in drug money through cryptocurrency exchanges.

The same story unfolded on the other side of the pond, with the UK raising concerns about privacy protection for users. The EU, meanwhile, was concerned that its founding members — which then included MasterCard and Visa — could violate antitrust law. France said that it would block development of Libra on its soil, while global central bank chiefs also had questions.

As part of the updated white paper, Libra now commits to binding itself to the global currency markets, and following proper banking legislation. The pledges for a “permissionless” system have been watered-down to an “open, transparent and competitive market for network services and governance.” Oh, and Libra will now hold assets in a reserve, maintain a level of liquidity to prevent runs and … well, if you think this sounds like what being a bank is, then have a cookie.

Essentially, Facebook’s plan to make Libra into a global currency was never going to succeed, and we’ve seen that play out over the past 10 months. The objections, inquisitions and requests by a number of governments and central banks have watered the proposal down. To the point, now, where it’s hard to see why Facebook is persisting with Libra beyond an attempt to save face.

After training to be an intellectual property lawyer, Dan Cooper abandoned a promising career in financial services to sit at home and play with gadgets. He now serves as Engadget's associate European editor.

UnitedHealth Group (UNH) Dips More Than Broader Markets: What You Should Know

Weyerhaeuser (WY) Stock Moves -0.24%: What You Should Know