Facebook to Slap Labels on Newsworthy, But Rule-Breaking Posts From Politicians

In some cases, Facebook will leave up a rule-breaking post from an elected official because it's been declared 'newsworthy and in the public interest.' Now the company is going to label such posts to make this distinction clear.
Next Article


The next time President Trump posts something inflammatory on social media, Facebook may end up labeling it.

On Friday, CEO Mark Zuckerberg said the social network will start labeling posts from politicians when the content breaks its rules. Normally, Facebook immediately takes down such content. But in some cases, Facebook will leave up a rule-breaking post because it’s been declared “newsworthy and in the public interest.”

“Often, seeing speech from politicians is in the public interest, and in the same way that news outlets will report what a politician says, we think people should generally be able to see it for themselves on our platforms,” Zuckerberg wrote in the announcement.

However, the exemption creates a problem: users who view the rule-breaking post may wonder why Facebook left it up. The discrepancy can then spark criticism over how the social network polices its content. So in response, Facebook will start labeling the rule-breaking posts, making it clear why it permitted the content.

Users will still be able to share the rule-breaking post, Zuckerberg said. “But we'll add a prompt to tell people that the content they're sharing may violate our policies,” he added. 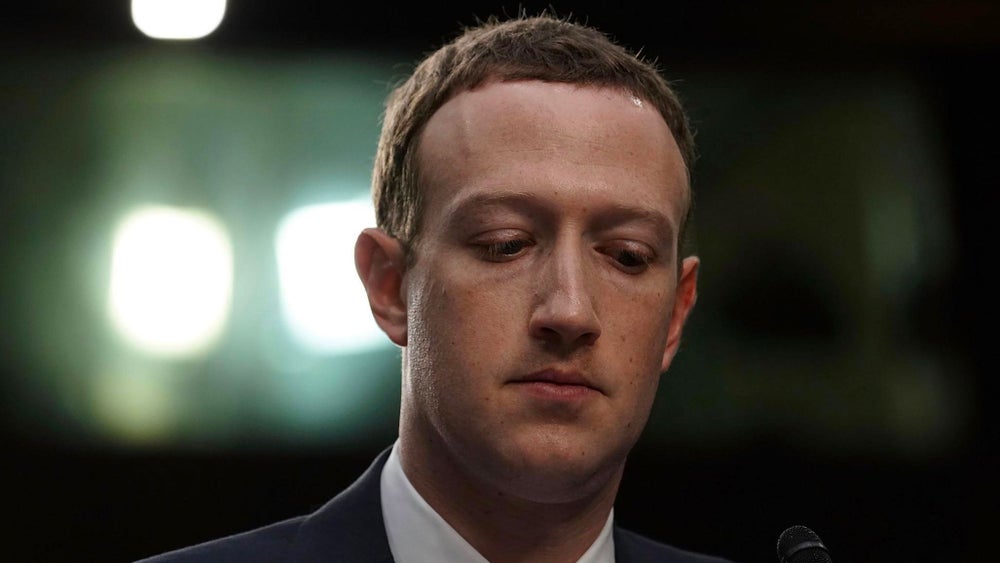 Zuckerberg announced the change after Facebook took no action on a controversial post from President Trump concerning the George Floyd protests in Minneapolis last month. “Any difficulty and we will assume control but, when the looting starts, the shooting starts,” Trump wrote.

The implied threat of violence caused many critics, including Facebook’s own employees, to demand the post be taken down. However, Zuckerberg refused. According to him, the president’s post was more about deploying the National Guard to address the civil unrest. “I disagree strongly with how the President spoke about this,” he said at the time, “but I believe people should be able to see this for themselves.”

According to Zuckerberg, there's only a "handful of times" each year where Facebook leaves up a rule-breaking post. So the company will probably use the new labeling system sparingly.

“To clarify one point: there is no newsworthiness exemption to content that incites violence or suppresses voting,” he added. “Even if a politician or government official says it, if we determine that content may lead to violence or deprive people of their right to vote, we will take that content down.”

The change arrives as the company is facing an advertising boycott. A growing number of companies, including Verizon and Unilever, have stopped buying ads on the social network to pressure Facebook to take a harder stance on fighting hate speech and misinformation.