Is a Breakout in the Charts for Diana Shipping?

A resistance line has formed in the chart of Diana Shipping Inc. (DSX). After getting close to this level a couple of times, the stock has just fallen...

By Christian Tharp September 9, 2021
This story originally appeared on StockNews

A resistance line has formed in the chart of Diana Shipping Inc. (DSX). After getting close to this level a couple of times, the stock has just fallen back again. But if a reversal occurs and DSX breaks through the resistance line, a breakout is expected. Read more to learn how to profit from this trade.

While earnings missed estimates in the most recent quarter, they were still up year over year. The company is benefiting from strength in the dry bulk shipping market as the economy opens up and more companies ship products. Plus, the rates on Supramax and Handysize transport ships are getting closer to rates last seen in 2008, which was a record year.

The company had $155 million in cash as of the most recent quarter, which compares favorably to no short-term debt. From a growth standpoint, analysts expect earnings to soar 266.7% year over year, leading to a Growth Grade of B in our POWR Ratings system.

The stock appears undervalued with a forward P/E of 15.41. The stock has also shown bullish momentum since last fall as shown in the chart below.

Take a look at the 1-year chart of DSX below with added notations: 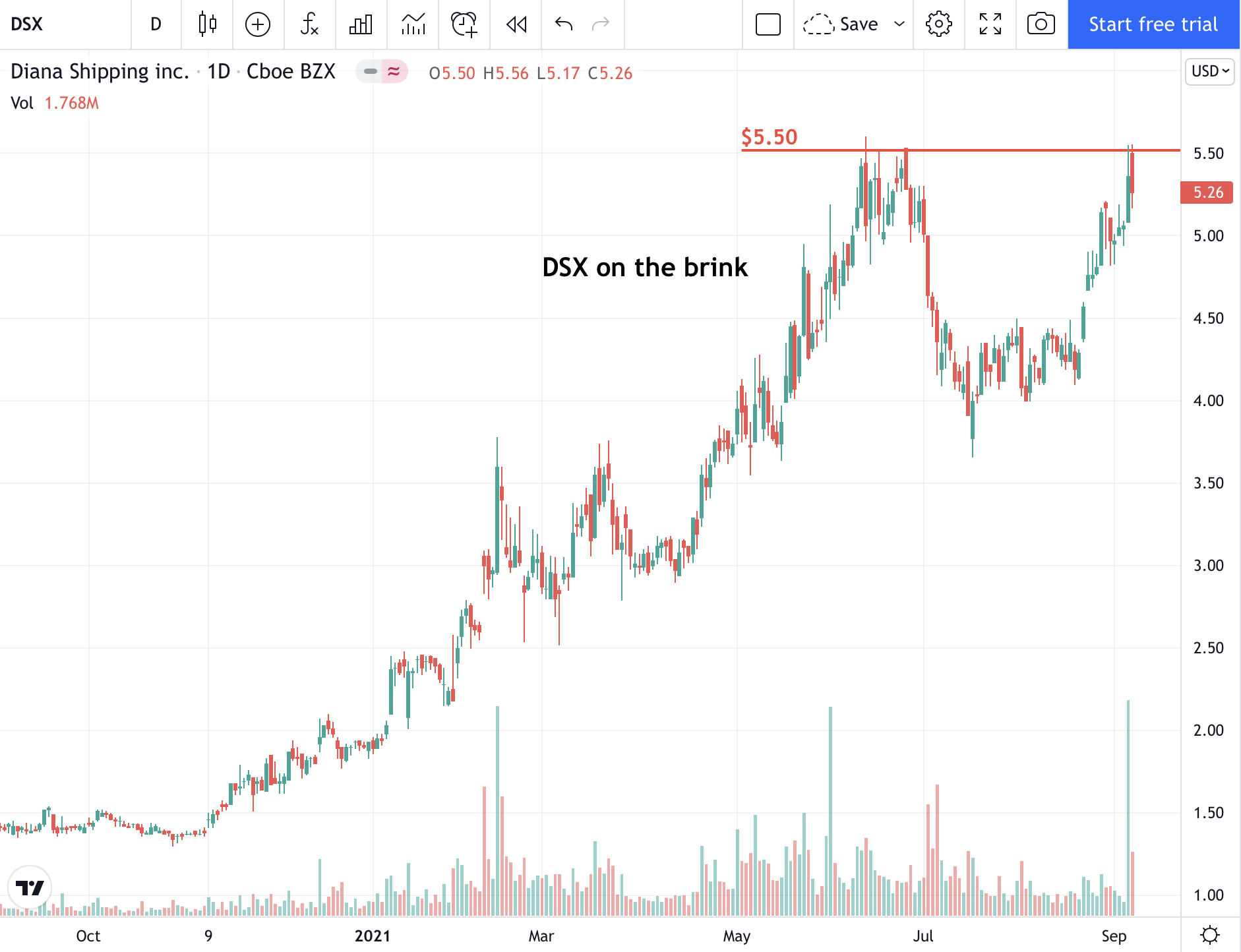 Chart of DSX provided by TradingView

Once DSX bottomed out last fall, the stock embarked on a rally that took it up to the $5.50 level (red), which has since become a tough resistance to break. That level is also preventing the stock from reaching new 52-week highs. DSX has just fallen back from $5.50 again, but a reversal should be monitored for a potential breakout.

The ideal long position on the stock would be on a breakout above the $5.50 level, with a protective stop placed below the entry point.

DSX shares were unchanged in premarket trading Thursday. Year-to-date, DSX has gained 172.54%, versus a 21.33% rise in the benchmark S&P 500 index during the same period.

The post Is a Breakout in the Charts for Diana Shipping? appeared first on StockNews.com