Down More than 50% YTD, Is Unity Software Stock Now a Good Investment?

Software development company Unity Software's (U) stock has dipped more than 50% in price so far this year. In addition, the company delivered a weak outlook for the coming quarter,...

By Pragya Pandey May 11, 2022
This story originally appeared on StockNews

Software development company Unity Software's (U) stock has dipped more than 50% in price so far this year. In addition, the company delivered a weak outlook for the coming quarter, further dampening investor sentiment. So, let's evaluate if it's worth adding the stock to one’s portfolio now. Read on. 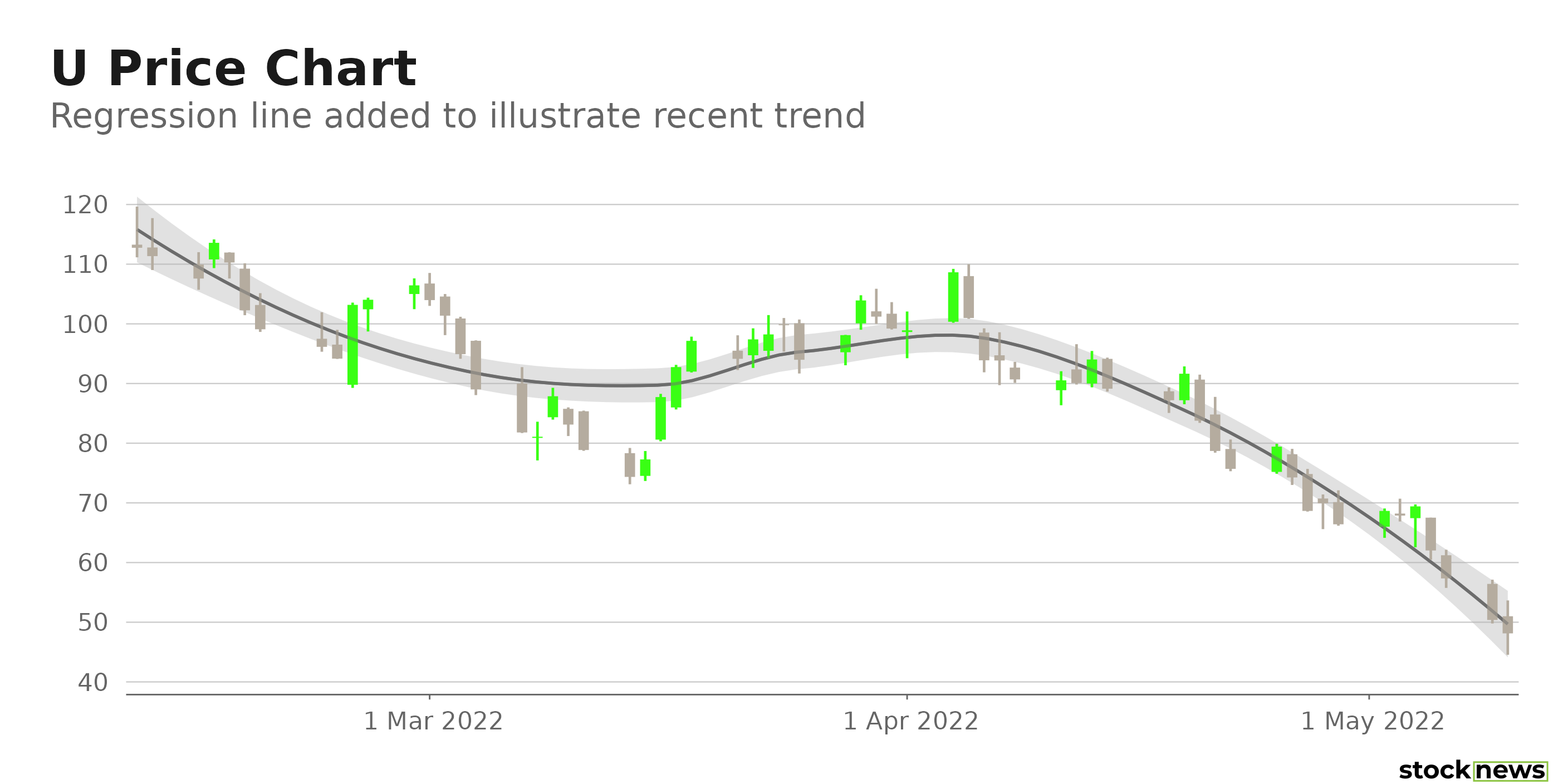 Here is what could shape U's performance in the near term:

U has an overall D rating, which equates to Sell in our proprietary POWR Ratings system. The POWR ratings are calculated by considering 118 distinct factors, with each factor weighted to an optimal degree.

Our proprietary rating system also evaluates each stock based on eight distinct categories. U has an F grade for Value and a D for Stability. Its higher-than-industry valuation is in sync with the Value grade. The Stability grade highlights the stock's higher volatility than its peers.

Among the 23 stocks in the C-rated Entertainment – Toys & Video Games industry, U is ranked #18.

Beyond what I have stated above, one  can view U ratings for Growth, Momentum, Quality, and Sentiment here.

While U is making several strategic moves to achieve a strong foothold in the industry, its widening losses and poor guidance for the coming quarters is concerning. Also, analysts expect its EPS to decline 100% next quarter (ending June 30, 2022). In addition, it is currently trading significantly below its 50-day and 200-day moving averages of $85.35 and $120.88, respectively, indicating a downtrend. Moreover, considering its lofty valuation and negative profit margins, we think the stock is best avoided now.

How Does Unity Software Inc. (U) Stack Up Against its Peers?

While U has an overall D rating, one might want to consider its industry peers, Playtika Holding Corp. (PLTK), which has an overall A (Strong Buy) rating, and DoubleDown Interactive Co., Ltd. (DDI) and Spin Master Corp. (SNMSF), which have an overall B (Buy) rating.

The post Down More than 50% YTD, Is Unity Software Stock Now a Good Investment? appeared first on StockNews.com