Is National CineMedia a Buy Under $2?

The shares of National CineMedia (NCMI) soared 13.1% in price after hours yesterday after a filing revealed AMC Entertainment's stake in the company. However, given the company's lack of profitability,...

By Pragya Pandey May 18, 2022
This story originally appeared on StockNews

The shares of National CineMedia (NCMI) soared 13.1% in price after hours yesterday after a filing revealed AMC Entertainment's stake in the company. However, given the company's lack of profitability, is it worth adding the stock to one's portfolio at its current price level? Read on to learn what we think.

NCIM faces intense competition from other direct-to-consumer streaming service providers, such as HBO Max and Peacock, whose demand soared during the COVID-19 outbreak. Furthermore, its lack of profitability may worry investors. 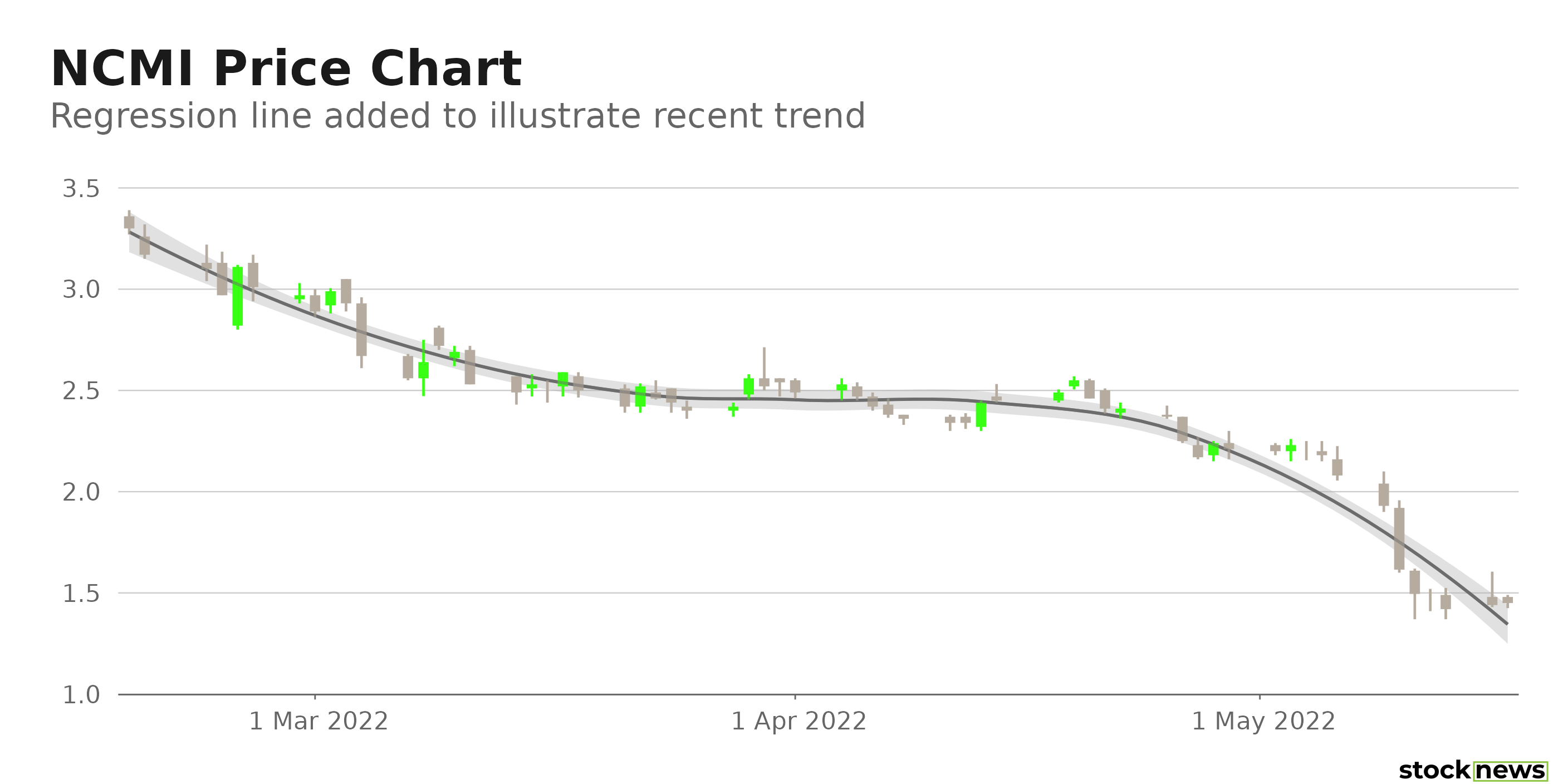 Here is what could shape NCMI's performance in the near term:

NCMI has an overall D rating, which equates to Sell in our proprietary POWR Ratings system. The POWR ratings are calculated by considering 118 distinct factors, with each factor weighted to an optimal degree.

Our proprietary rating system also evaluates each stock based on eight distinct categories. NCMI has a D grade for Stability, which is justified given the stock's 1.38 beta.

Among the eight stocks in the F-rated Entertainment - Movies/Studios industry, NCMI is ranked #6.

Beyond what I have stated above, one can view NCMI ratings for Growth, Value, Quality, Momentum, and Sentiment here.

While NCMI shares jumped on the recent news related to AMC's stake in the company, its negative profit margins could concern investors. Furthermore, analysts expect its EPS to decline at the rate of 6.4% per annum over the next five years. In addition, the stock is currently trading below its 50-day and 200-day moving average of $2.30 and $2.83, respectively, indicating a downtrend. So, we think the stock is best avoided now.

First, because they are all low priced companies with explosive growth potential, that excel in key areas of growth, sentiment and momentum.

The post Is National CineMedia a Buy Under $2? appeared first on StockNews.com