2021 has been the year of the meme stock. Meme stocks have risen higher and faster than many of the traditional big name high flyers this year. These...

By David Cohne
June 14, 2021
This story originally appeared on StockNews
2021 has been the year of the meme stock. Meme stocks have risen higher and faster than many of the traditional big name high flyers this year. These stocks are being pushed higher by traders on social media. Wendy's Company (WEN) and Palantir Technologies (PLTR) are two stocks that have recently generated a lot of attention, but which is a better buy? Read more to find out.

While 2020 was quite a year for electric vehicle stocks, 2021 is shaping up to be a year whose headlines are dominated by meme stocks. Meme stocks became popular earlier this year as retail investors sent the price of struggling video game retailer GameStop (GME) to ridiculous heights. GME went from $19.95 on January 12th to $325 on January 29th.

This 1,529% gain over two weeks was attributed to traders in Reddit's r/wallstreetbets subreddit pumping up the stock to create a short squeeze. This was repeated for a few more stocks before things quieted down for a little while. But meme stocks have recently made a comeback, with shares of companies like Blackberry (BB) AMC Entertainment Holdings (AMC) soaring. These stocks are not rising due to company performance; instead their gains result from social media attention, hence the name meme.

Even though major companies like Apple (AAPL) had stellar earnings results, their price performance is being dwarfed by these speculative stocks. So, are these companies even worth investing in? I'd like to answer that question by highlighting two stocks that have recently generated strong returns due to mentions in Reddit: Wendy's Company (WEN) and Palantir Technologies (PLTR).

The company became a red-hot meme stock when shares spiked 16% on Tuesday afternoon after traders in Reddit spoke favorably of the company. WEN is benefiting from diners heading outside after getting their COVID vaccine. Plus, the chain's new breakfast menu is generating a lot of interest.

Strong first-quarter sales resulted from an increase in digital ordering and the company's push for more chicken sandwiches to help compete in the chicken sandwich wars. WEN has an overall grade of B, which translates into a Buy rating in our POWR Ratings system. The company has a Sentiment Grade of B, which means it is well-liked by Wall Street analysts. Sixteen analysts have a Strong Buy or Buy rating on the stock.

WEN also has a Quality Grade of B due to a solid balance sheet. While the firm only had $316 million in cash as of the most recent quarter, it has almost no short-term debt. Plus, management is very efficient, with a return on equity of 27.8%. We also provide Growth, Value, Momentum, and Stability grades for WEN, which you find here. WEN is ranked #22 in the A-rated Restaurants industry. You can find other top stocks in this industry by clicking here.

PLTR provides organizations with solutions to manage large disparate data sets in an attempt to gain insight and drive operational outcomes. The company, which was founded in 2003, released its Gotham software platform in 2008, which focuses on the government intelligence and defense sectors. PLTR then expanded into commercial markets with its Foundry software platform in 2016 with the intent of becoming the data operating system for companies and industries.

The company became a favorite of the Reddit r/wallstreetbets community late last year as its software would be used to help set up vaccine distribution networks across America. While this program wasn't a smashing success, meme investors are still enamored with the company's science fiction type data analysis. While the company has strong potential, I do have a few concerns.

One is that its solutions may only develop into a niche market. Two, the company is likely to encounter competition in a few years from larger enterprise companies and defense contractors. PLTR has an overall grade of D, translating into a Sell rating in our POWR Ratings system. The company has a Value Grade of D, as its stock looks vastly overpriced with a forward P/E of 188.68.

PLTR also has a Stability Grade of D, indicating that its price and growth figures are highly volatile. For the rest of PLTR's grades (Growth, Momentum, Sentiment, and Quality), click here. PLTR is ranked #11 in the Software – SaaS industry. For top-ranked stocks in this industry, click here.

Which is the Better Buy?

While PLTR has a lot of potential, its volatile price moments and high valuation make it a risky bet for now. I am also concerned about the stiff competition it may have to deal with in a couple of years. Plus, the company has a Sell rating in our POWR Ratings system, which is not a great sign.

WEN, on the other hand, is rated a Buy, has strong fundamentals, and is the better all-around company. This is what makes it a strange meme stock. Most meme stocks typically have poor fundamentals and are being pushed higher by a crowd of traders. That's why I believe WEN is the better pick. 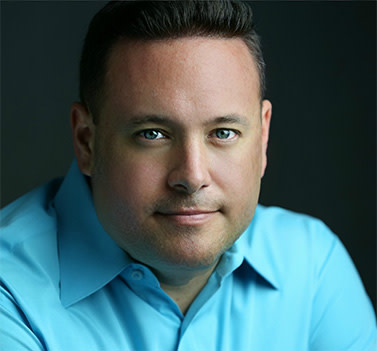