What's Next for Apple as it Forms a Key Resistance Level?

A resistance line has formed in the chart of Apple Inc. (AAPL). This line has prevented AAPL from hitting a new 52 week high. But if the stock breaks...

By Christian Tharp
July 29, 2021
This story originally appeared on StockNews

A resistance line has formed in the chart of Apple Inc. (AAPL). This line has prevented AAPL from hitting a new 52 week high. But if the stock breaks through this level, its is expected to breakout. Read more to learn how to profit from this trade.

The company reported its latest earnings results after the market closed on Tuesday and crushed expectations. AAPL reported net sales of just over $84.3 billion, which was a 36% year-over-year improvement, driven by stronger product sales. This was especially true of its 5G-compatible iPhone 12 line.

The stock appears a bit overvalued with a trailing P/E of 28.32 and a forward P/E of 26.74, but these figures aren't bad for a high growth technology company. The stock had been trending up this summer, but has shown mixed performance over the past couple weeks as shown in the chart below.

Take a look at the 1-year chart of AAPL below with added notations: 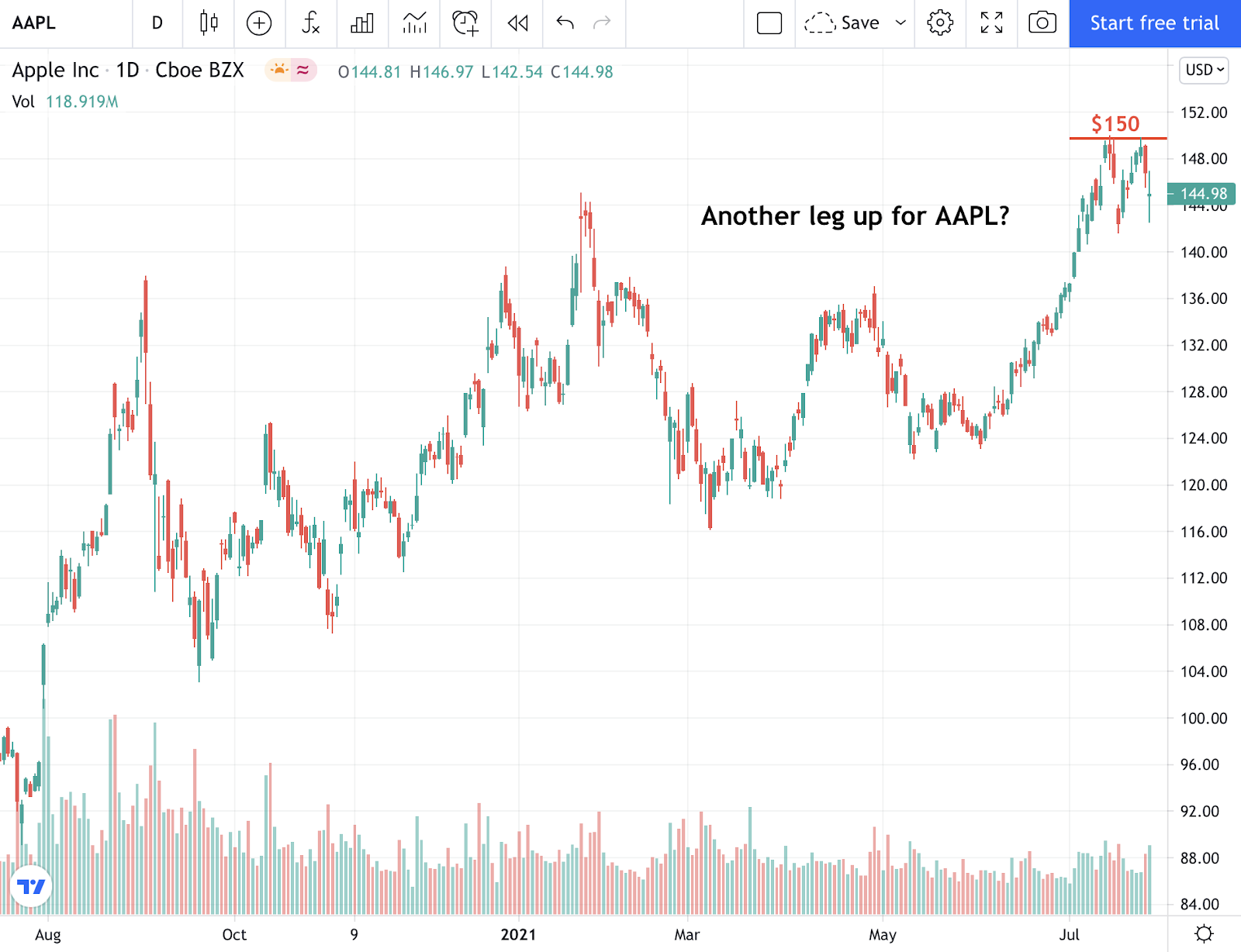 Chart of AAPL provided by TradingView

AAPL has been making its way higher, overall, for most of the past year. However, the stock has recently struggled to get past the newly formed $150 resistance (red). That mark is also preventing the stock from hitting new 52-week highs.

AAPL has dropped back, but traders should watch for a possible return to the high. The ideal long position on the stock would be on a breakout above $150, with a protective stop placed below the entry point.

The post What's Next for Apple as it Forms a Key Resistance Level? appeared first on StockNews.com