For more freedom and proximity to family, Raj and Veenu Prakash bought a Lightbridge Academy franchise -- and have since become an integral part of their New Jersey Community.

By Stephanie Schomer
November 9, 2018
This story appears in the November 2018 issue of Entrepreneur. Subscribe »

Raj and Veenu Parkash are seasoned business owners. After they married, in the '90s, they owned and operated a garment business in Manhattan while raising their young family in the New Jersey suburbs. But after eight years of that, they wanted a way to work closer to their kids -- which is why they became franchisees of an East Coast–based early childhood education center called Lightbridge Academy. Despite their past experience, launching this business felt like starting from square one. The two longtime entrepreneurs tell us how they hit reset on their careers, learned the ins and outs of an unfamiliar industry and earned the hard-won trust of their community's parents.

What attracted you to Lightbridge Academy, coming from the garment industry?

Raj: Our daughter was actually enrolled in Lightbridge Academy in New Jersey when we were running our garment business in Manhattan. And on 9/11, we could not get to her. From there, we wanted an opportunity that would let one of us stay close to home. Other ventures like retail or restaurants intrigued us, but they required such long hours, including weekends. We knew the Lightbridge model, were very impressed by it and knew it would work for our family, because it was a Monday-through-Friday operation. But we knew absolutely nothing about childcare -- it was a big gamble.

What was one of the biggest challenges you faced when you first signed on as franchisees?

Veenu: I spent two years training at other Lightbridge facilities while we got our first location built, and I learned a lot about what I wanted from my staff. But hiring was still a challenge. I hired a lot of people I ultimately had to let go. I realized that if you want to work in childcare, you have to love kids, period. That's not something I can teach. Now I've had staff with me for more than 10 years, which makes me very proud. They're the people we'll promote within our three locations. 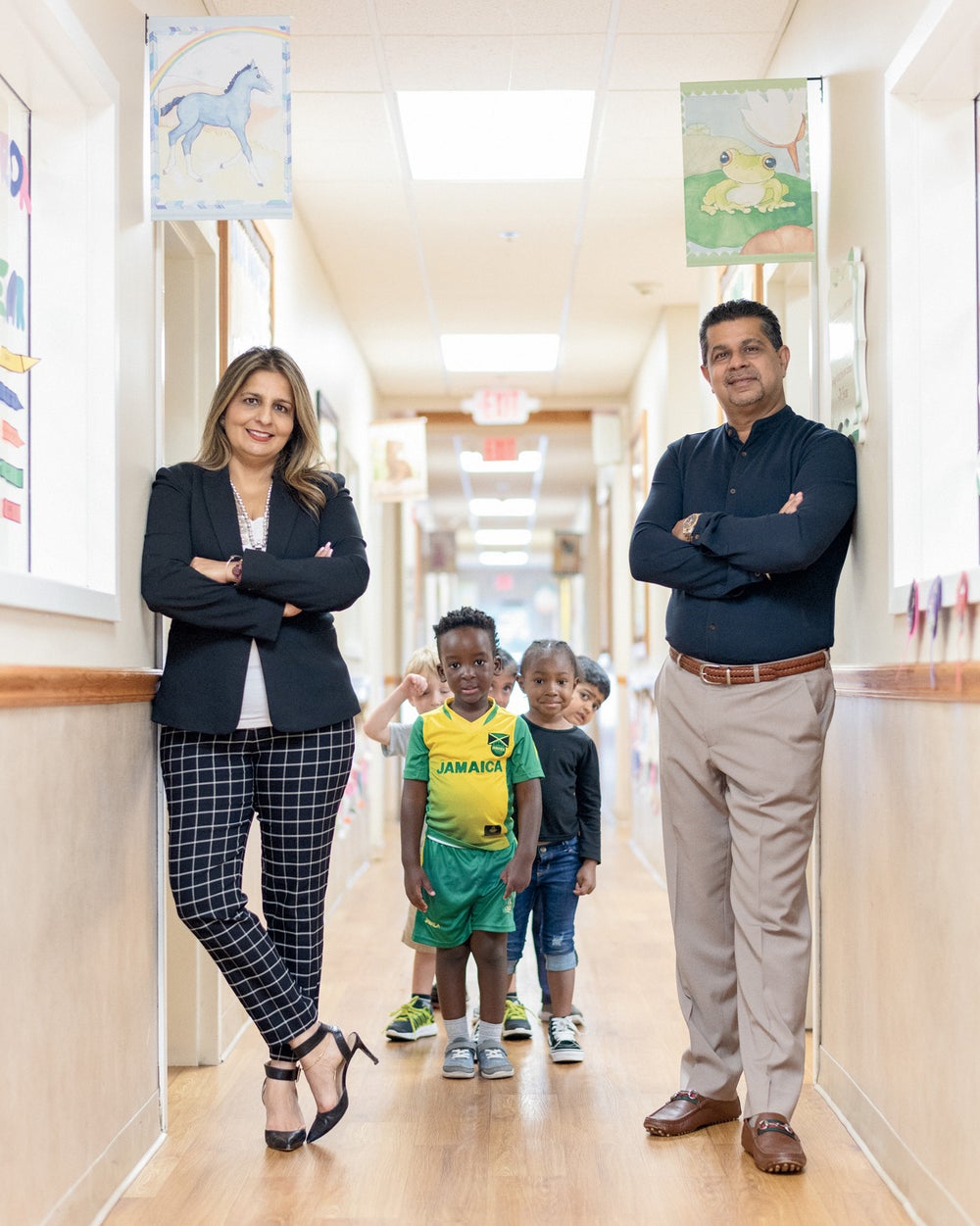 As you expand, how do you market to new communities?

Raj: We try to get involved with the local community -- when people meet you in person, they're able to connect with you. In North Brunswick, for example, they have Heritage Day, and we go there, have giveaways, hire a magician to keep kids entertained. We also used to do storytelling events at the local Barnes & Noble.

Related: These Roommates Changed Their Lives for a Sandwich -- and Built a Franchise Empire

Veenu: And we host parents' night out in local restaurants. They give a certain percentage of sales back to the Lightbridge Academy Foundation, which supports anyone in the Lightbridge community who needs help.

I'm sure that with childcare, word of mouth is also pretty valuable to your business.

Raj: We are the only business that sees its customers twice a day, five times a week. When parents leave their children -- their most prized possessions -- with you, they have to trust you. That bond is so important, and a lot of our families stay with us for eight to 10 years as their children age. When you're there for your customers through thick and thin, they tell their family and friends.

It sounds like this operation is still a significant time commitment. Has it given you the freedom you'd originally hoped for?

Veenu: The first center we opened was tough -- we rarely had any family time. But we knew we would have to give away a year or two of our lives before it would get better. And it did. You have to pay a price for success.