Who's the Richest Person in Your State? Chances Are, It's an Entrepreneur.

More than two-thirds of the individuals who rank as the wealthiest people in their state made their own fortunes, according to a new report.

Keeping up with the Joneses much? If you are wondering who the richest person in your state is, start with the entrepreneurs.

Of the 50 people in the U.S. who rank as the wealthiest individuals in their state, 35 are entrepreneurs, according to a report released today by Wealth-X, a Singapore-based firm that compiles research on the ultra wealthy. In other words, more than two-thirds of some of the country's richest people made their own fortunes.

Related: Dreams of Being a Billionaire? Get Your Entrepreneurial Hustle On.

The state-by-state ranking is based on the location of the person's business and his or her net worth.

Have a look at the full list to get a sense of who dominates in each state: 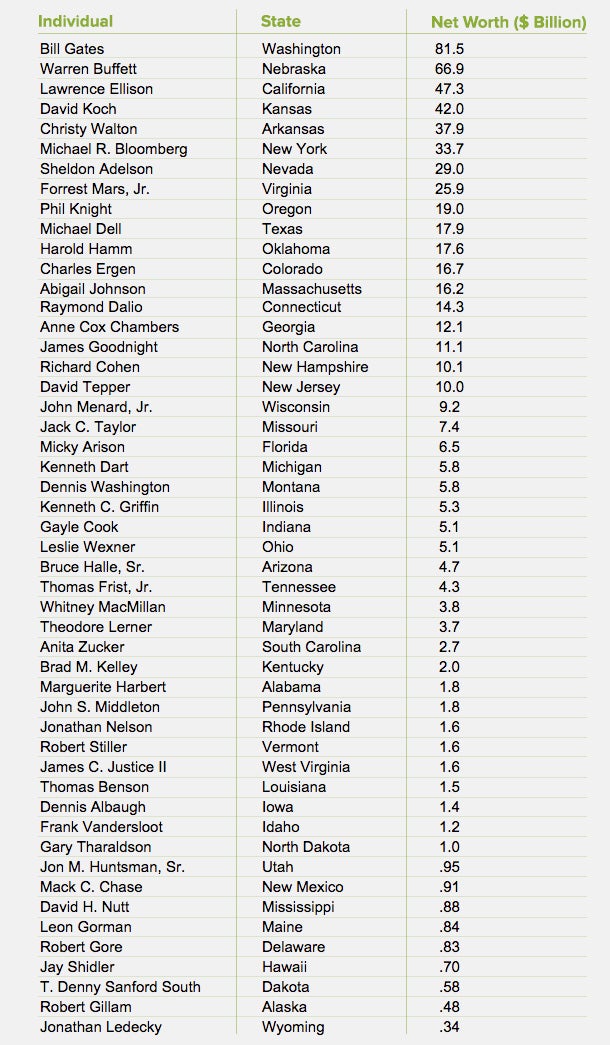