A Candy Emporium for Adults

By Margaret Littman
August 25, 2014
This story appears in the September 2014 issue of Entrepreneur. Subscribe »

Theirs is the ultimate meet-cute startup story--a romantic-comedy business tale. Rosie O'Neill and Josh Resnick were on their third date in 2010, at a screening of Willy Wonka & the Chocolate Factory. They started talking about a candy store that would appeal to adults.

Sure, there are plenty of fancy truffle shops and chocolatiers, but what about gummies, licorice, marshmallows and jelly beans? Why not a grown-up, gourmet candy business?

The date worked out, and their flirty conversation turned into something seriously sweet, both personally and professionally. In 2012, the couple launched Sugarfina as an online company with candies from around the world, including "adult" confections such as champagne gummy bears, espresso caramels and absinthe and single-malt scotch cordials. 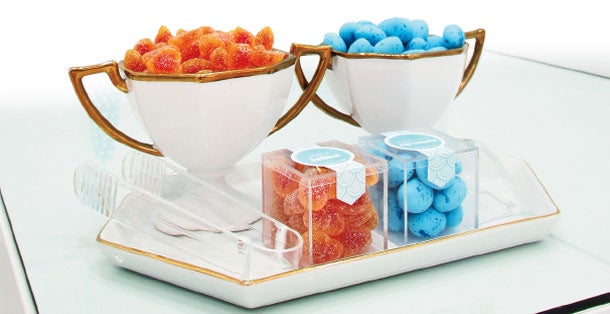 Just months later, Mark Zuckerberg tapped Sugarfina as a vendor for Facebook Gifts, which at that time allowed users to send physical gifts (as opposed to gift cards) via the social network. That early boost helped Los Angeles-based Sugarfina achieve revenue of $120,000 in its first year; the operation, which now has a staff of 36, is on track to bring in $3 million this year. Corporate gifts--such as an order for Virgin Atlantic of martini shakers filled with chocolate-covered almonds that look like olives--account for 15 percent of sales.

Sugarfina expanded into brick-and-mortar, opening its first store--a chic, feminine emporium outfitted in white and Tiffany blue, with treats displayed like jewels--last fall in Beverly Hills. A second store opened in June in the Los Angeles suburb of Glendale. Sugarfina also has a pop-up shop at the Four Seasons Resort Hualalai in Hawaii and a partnership with the popular salon chain Drybar, where customers can buy sweets while having their hair styled. 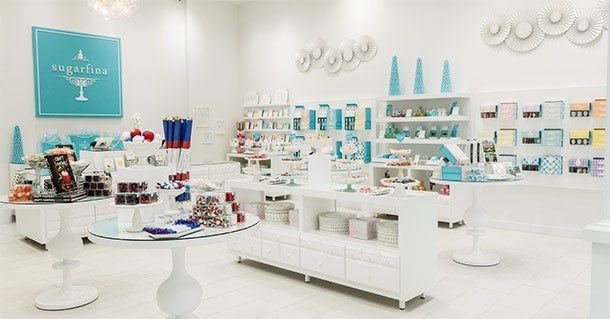 Plans are to open as many as 20 Sugarfina outlets in the U.S. in the next few years before branching out internationally. The target demographic is largely female "loyal foodies and fashionistas," O'Neill says, so the company is eyeing locations near existing complementary retailers such as Kate Spade.

While they may have started Sugarfina as a whim, neither partner--he handles legal, finance and operations; she's in charge of marketing and branding--is a business newbie. Resnick sold his video game developer Pandemic Studios in 2007 to Electronic Arts as part of an $860 million deal. O'Neill is a former marketing executive with Mattel, where she worked on the Barbie brand. Sugarfina thus far has been self-financed, but Resnick says the company will begin to look for outside investors by the end of the year. 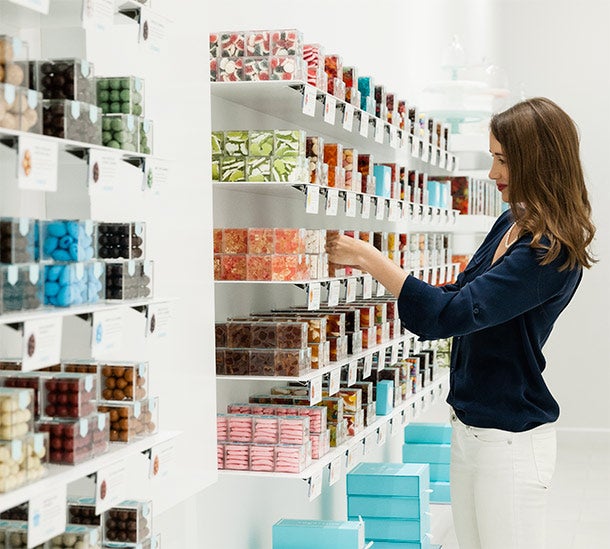 Meanwhile, Resnick and O'Neill are racking up frequent flier miles on global sourcing trips, taking what they call "a sommelier's approach" to selecting the right products to stock. Sugarfina carries some 150 types of candies. About 60 percent of products are from overseas; of those, more than two-thirds--such as the Cuba Libre, a spiced-rum gummy from Germany, and delicate Kyoto Blossoms from Japan, described as a cross between a hard candy and a sugar cube--are exclusive to Sugarfina in the U.S.

The couple is optimistic about an upcoming trip to Japan to spark design ideas and to source additional unusual products. "We look to the Asian bento box as inspiration," O'Neill says, "where everything is a small gift." The Sugarfina version of the bento, a reusable box that includes eight samplings of candies packed in acrylic cubes, is a popular gift at $60.

It's no secret that aesthetics are an important factor in upscale food packaging. "We are on version 12 or 13 with our packaging," O'Neill says, noting that early editions focused on visuals at the expense of functionality. "It was extremely expensive to redo it, but when we saw where the business was going, we knew we had to take that leap. Sometimes it is not smart to do things in a low-cost way." 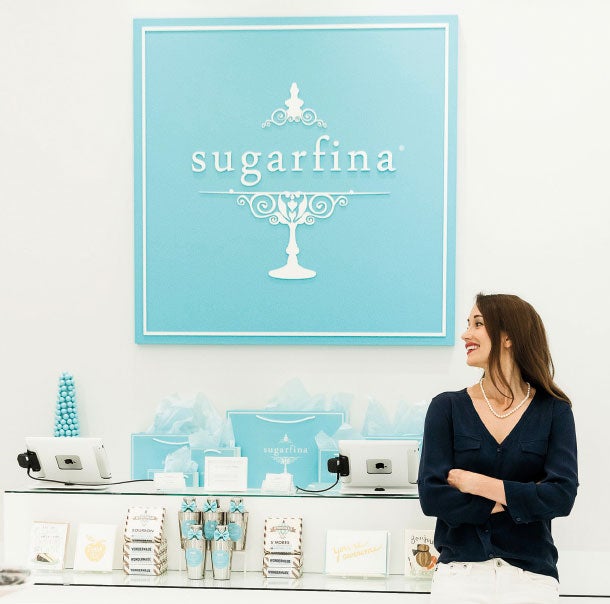 Place an order from Sugarfina's website, and in addition to the treats you've selected, which arrive in an elegant Tiffany-blue box, you'll receive a sample of two other Sugarfina products, specifically chosen based on your order and tastes. (Co-founder Rosie O'Neill says the perk was inspired by the free samples offered by her favorite skincare line, Kiehl's.) You'll also get a customized, handwritten note. 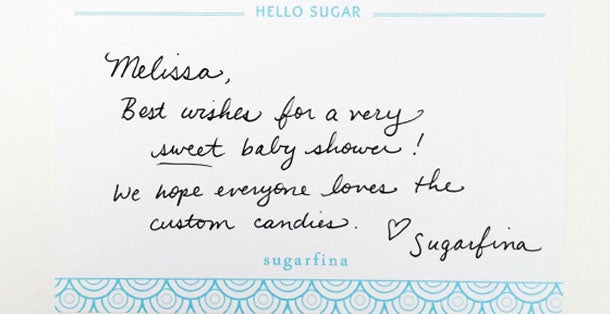 With company revenue approaching $3 million, that's a labor-intensive endeavor, but one O'Neill has no intention of letting fade away. She used to do the penning herself but now has hired a staff of "sugar fairies" to keep up with the notes. (In-store shoppers don't miss out; they have their choice of sampling two products daily, and complimentary gift wrapping is offered on all purchases.)

It's all part of what O'Neill calls the "specialness and exclusiveness" of the Sugarfina brand. And she's confident that customers appreciate that old-fashioned attention to detail. "People are touched with a note with their name," she says. "It is a core part of the experience." --M.L.

You Have the Power to Innovate — You Just Have to Unlock It. Here's How.