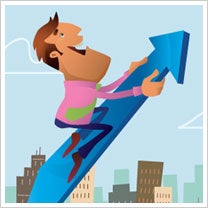 If you've been paying attention to LinkedIn's IPO (NYSE: LNKD) and dreaming about the same path to business stardom for your start-up or entrepreneurial effort, you're not alone. Nearly every entrepreneur I talk with -- especially those in the high-tech or social media space -- truly believes their company has the same potential for success.

Call it whatever you want: irrational exuberance, unbridled enthusiasm, extreme determination, or just straight up delusion. But for some entrepreneurs, the only measure of success is an IPO. For the rest of us, there's Empire Avenue.

A self-described "social media exchange," Empire Avenue enables its participants to buy and sell virtual shares in any person or business listed on one of its exchanges. Free for individuals, businesses and brands to join and participate, your Empire Avenue share price, which is based on the value of your social media network, is determined by an Empire Avenue algorithm that automatically examines your interaction and levels of engagement across the social networks including Facebook, Twitter, YouTube, LinkedIn, Flickr and your own company blog. The price also takes into account how many shares you sell on the Empire Avenue market. In other words, the more of your own shares you sell, the more your share price will rise.

Just as in the board game Monopoly, fictional funds are at play on EmpireAvenue.com. When players sign up, they receive 1,500 "eaves' -- Empire Avenue's fake currency that can immediately be used to purchase stock in people or companies listed on the exchange. And even though it's fake cash, the game is engaging enough to bring you to the point where you don't want to lose even 10 eaves. At the end of each day, players earn dividends that increase their net worth on the platform.

Why should any of this matter to you or your business? For one thing, Empire Avenue offers a very "sticky' experience. Once users set up a free account, choose a ticker symbol, and start buying and selling shares in people and businesses, they're potentially hooked. From an ego standpoint alone, it's difficult to look away from the site once you've joined -- human nature compels us to see what our value is and what we can do to increase it.

For another, Empire Avenue lets businesses and brands interact and engage with a whole new profile of social networker. No longer do you have to target people based on their propensity to use your product or service. With Empire Avenue, all that matters to players is the value of your virtual stock. Keep your shareholders fat and happy, and they'll tell all their friends to buy your virtual shares, which in essence increases your brand identity.

Have you used Empire Avenue for your business? Let us know how it's worked for you in the comments section below.