By Rose Leadem
June 10, 2018
Opinions expressed by Entrepreneur contributors are their own.

So who's behind all this social media madness? Americans upped their internet usage by 18 percent since 2017, however it's not all going to Snapchat and Twitter. Much of it is going to video-streaming services such as Netflix and YouTube. Since last year, Netflix saw a whopping 40 percent increase in streaming hours, going from 69,444 hours to 97,222. And YouTube videos have reached 4.3 million views per minute. Even the peer-to-peer transactions app Venmo saw a major data jump, with 32 percent more transactions processed every minute compared to last year. Overall, Americans use 3.1 million GB of data every minute. 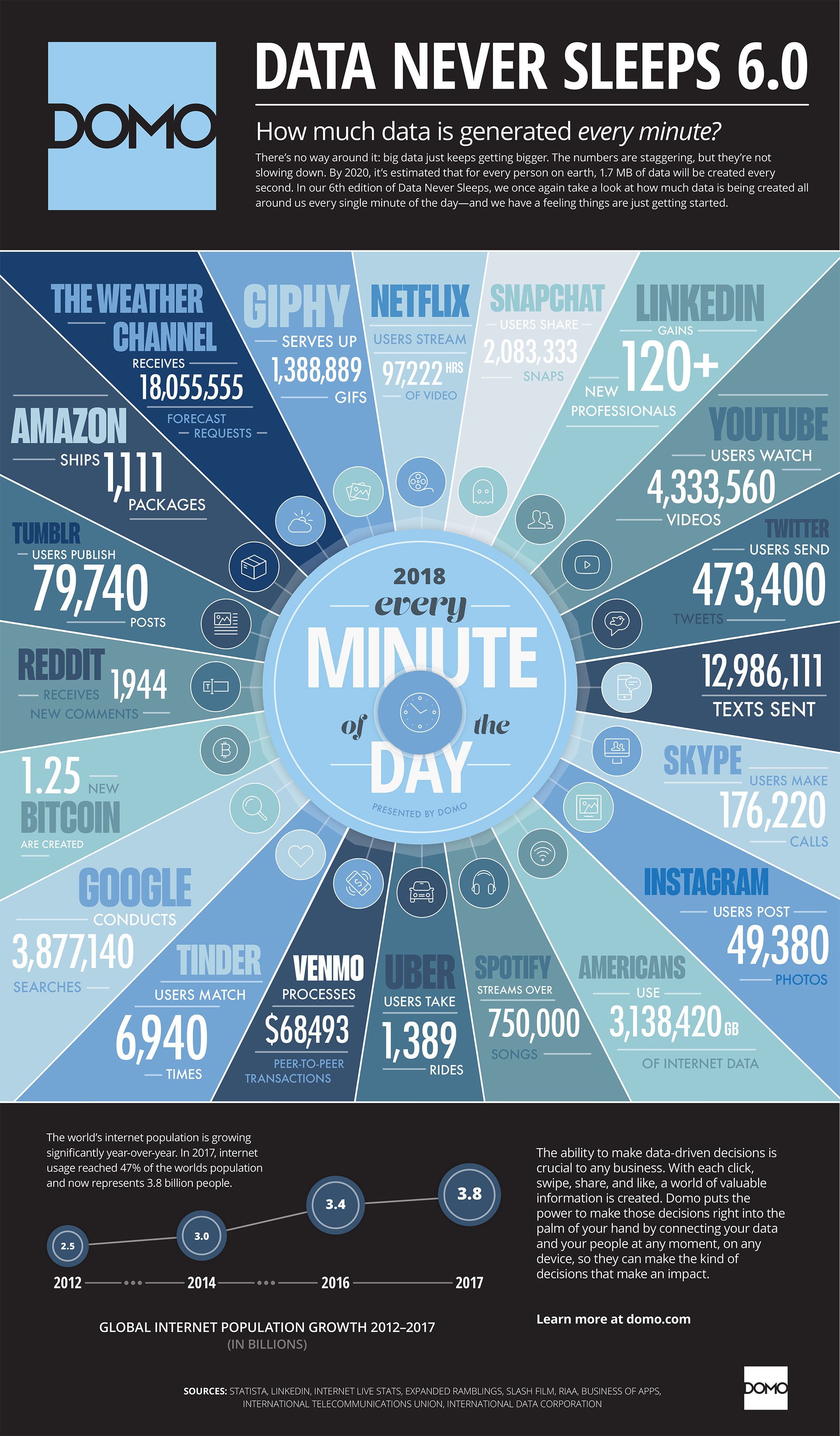 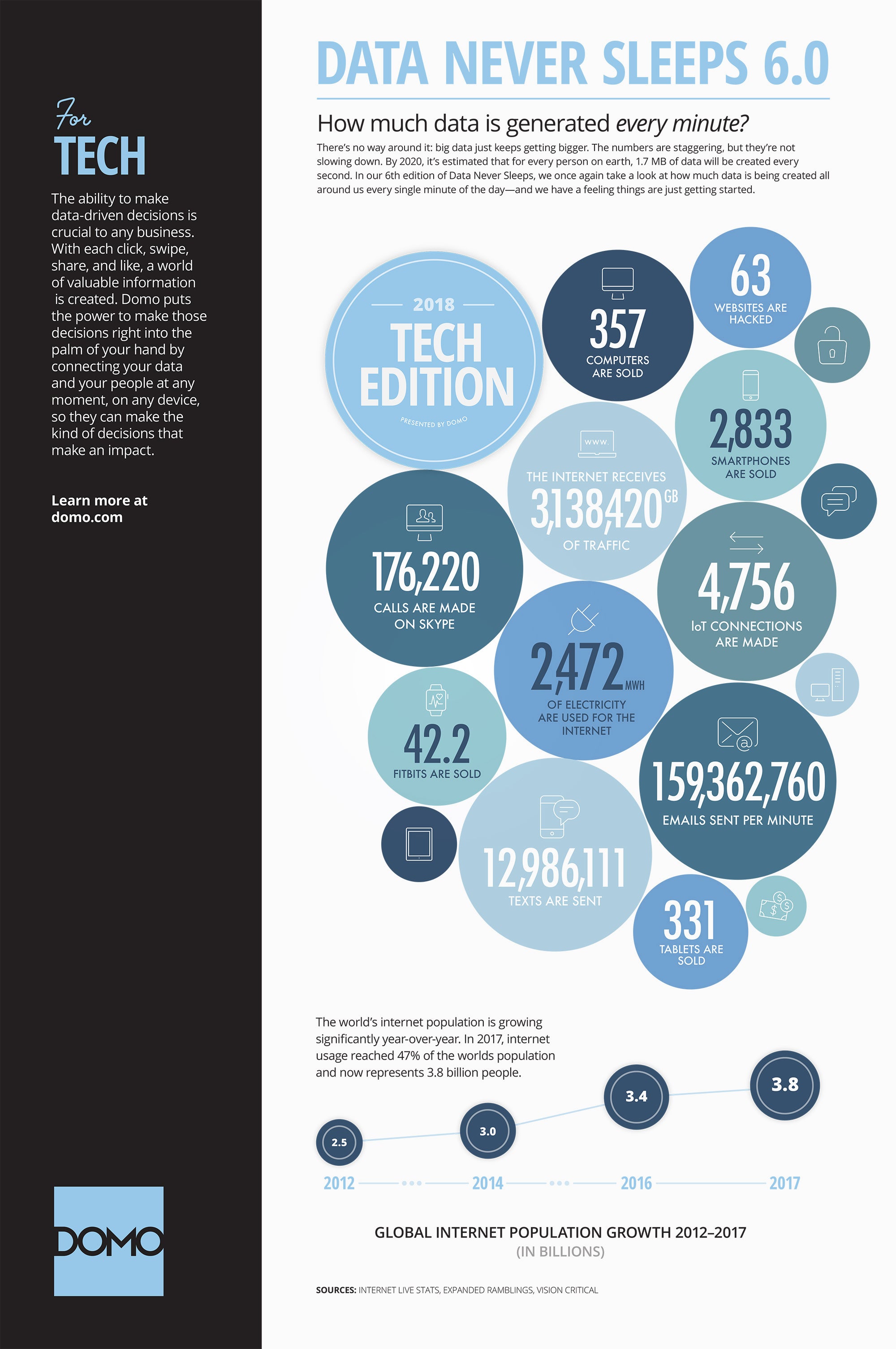 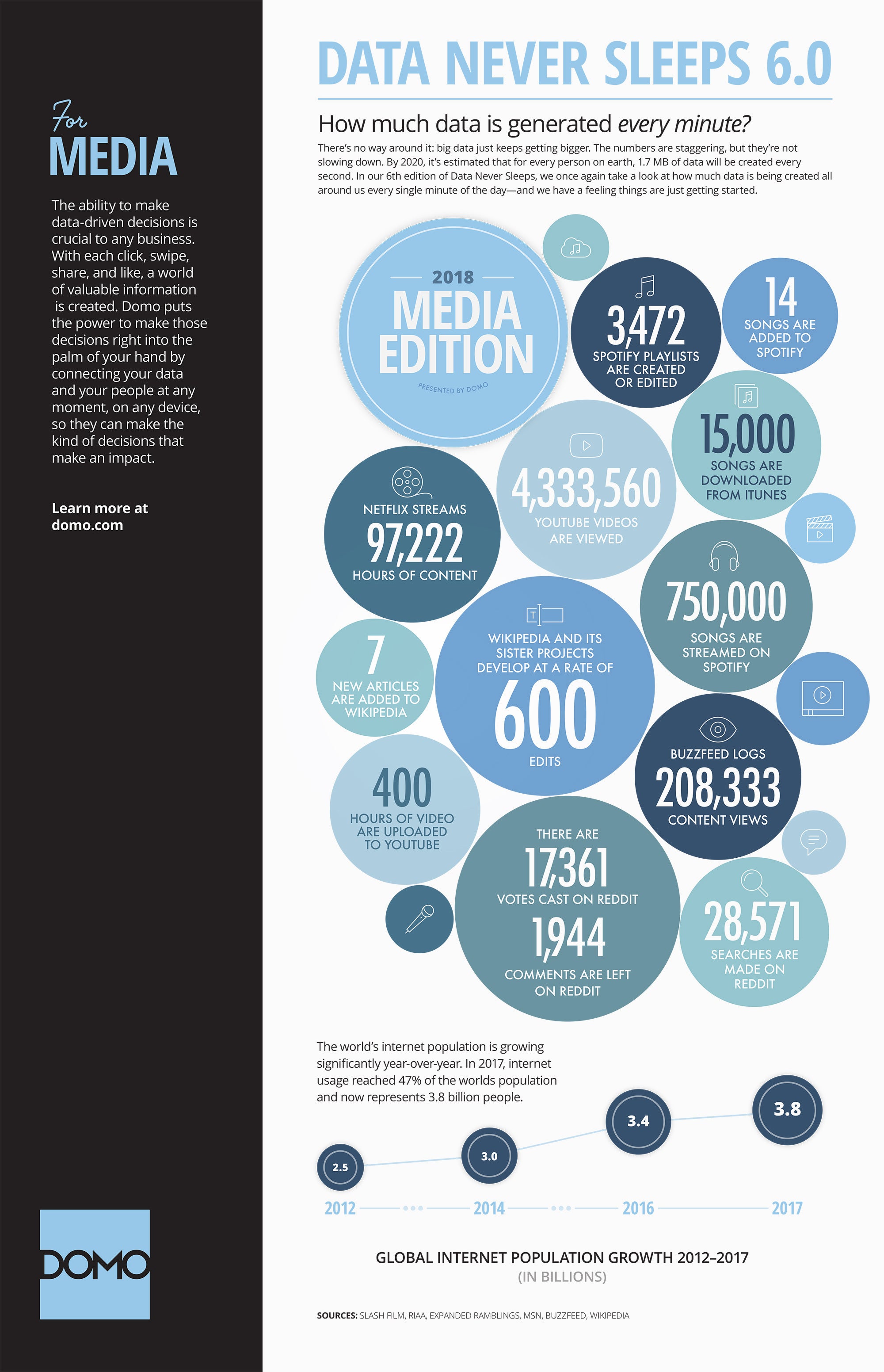 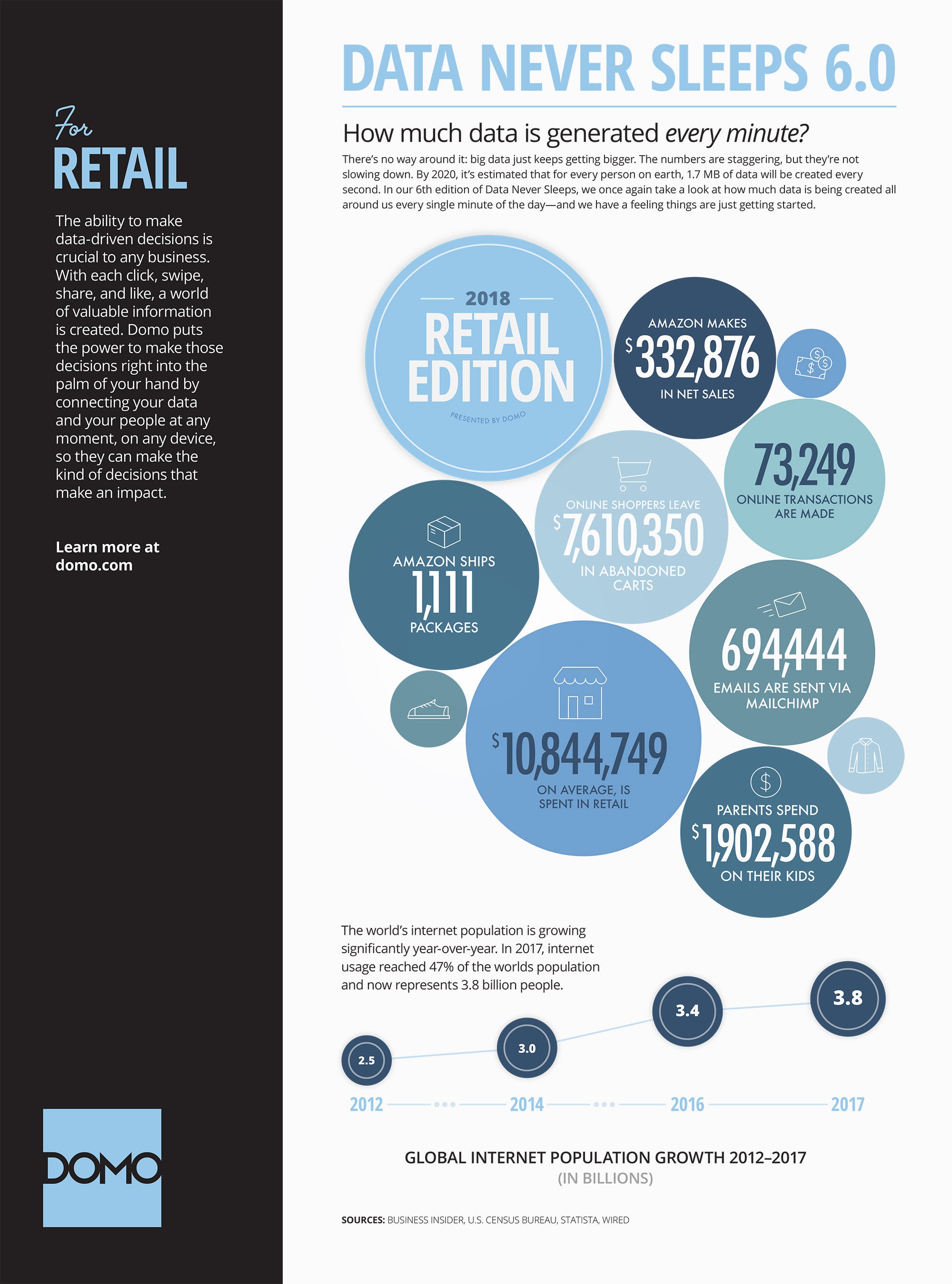 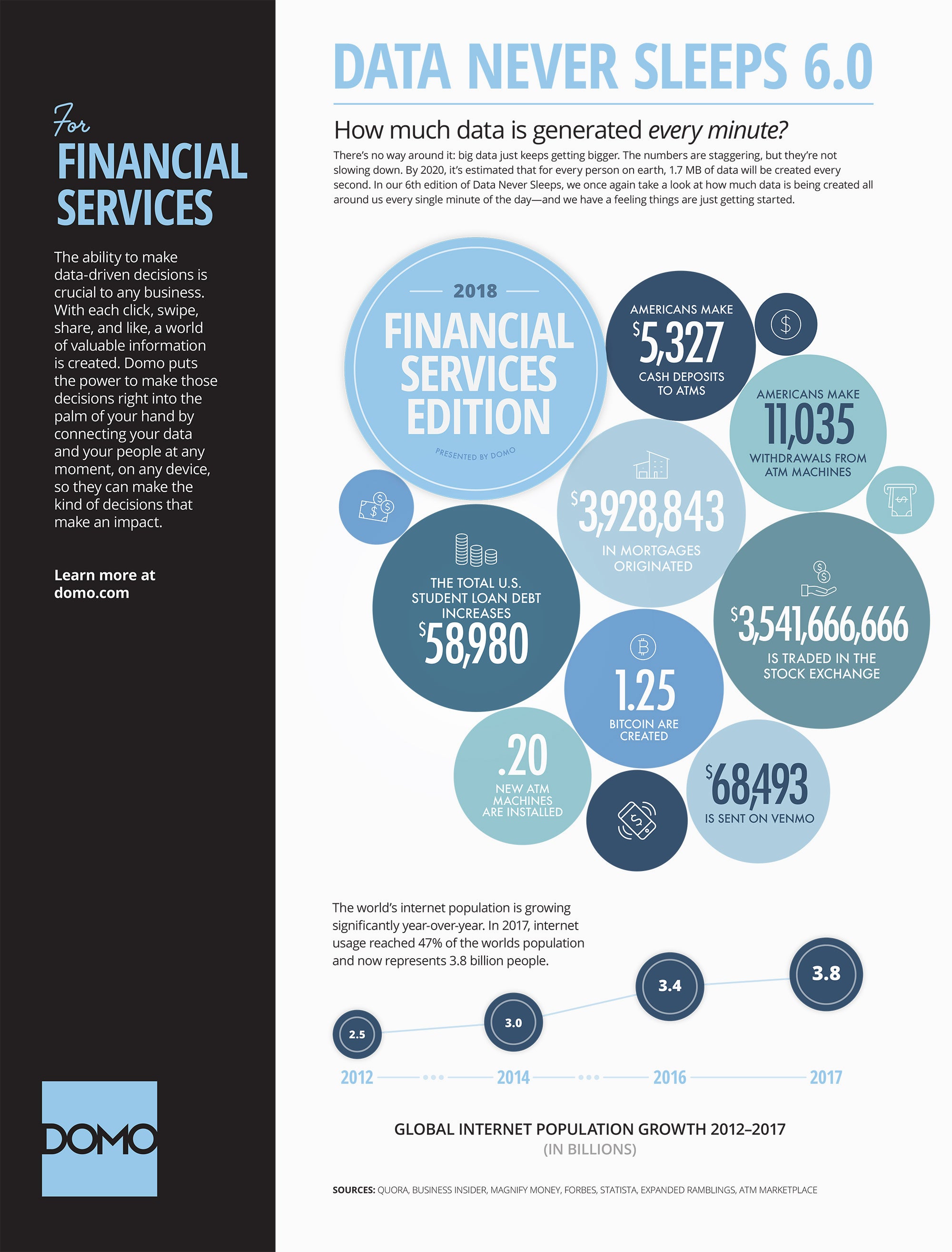 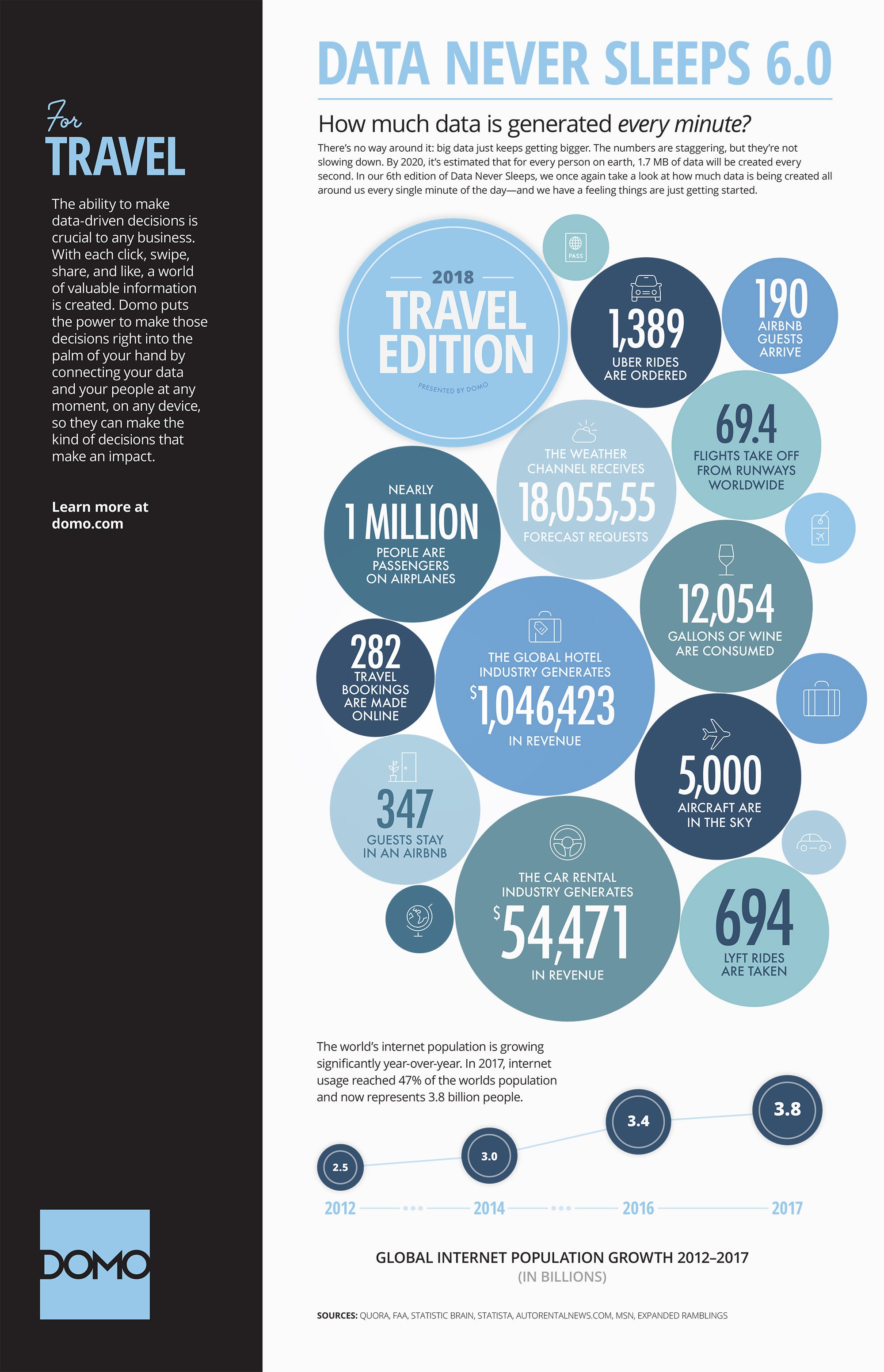 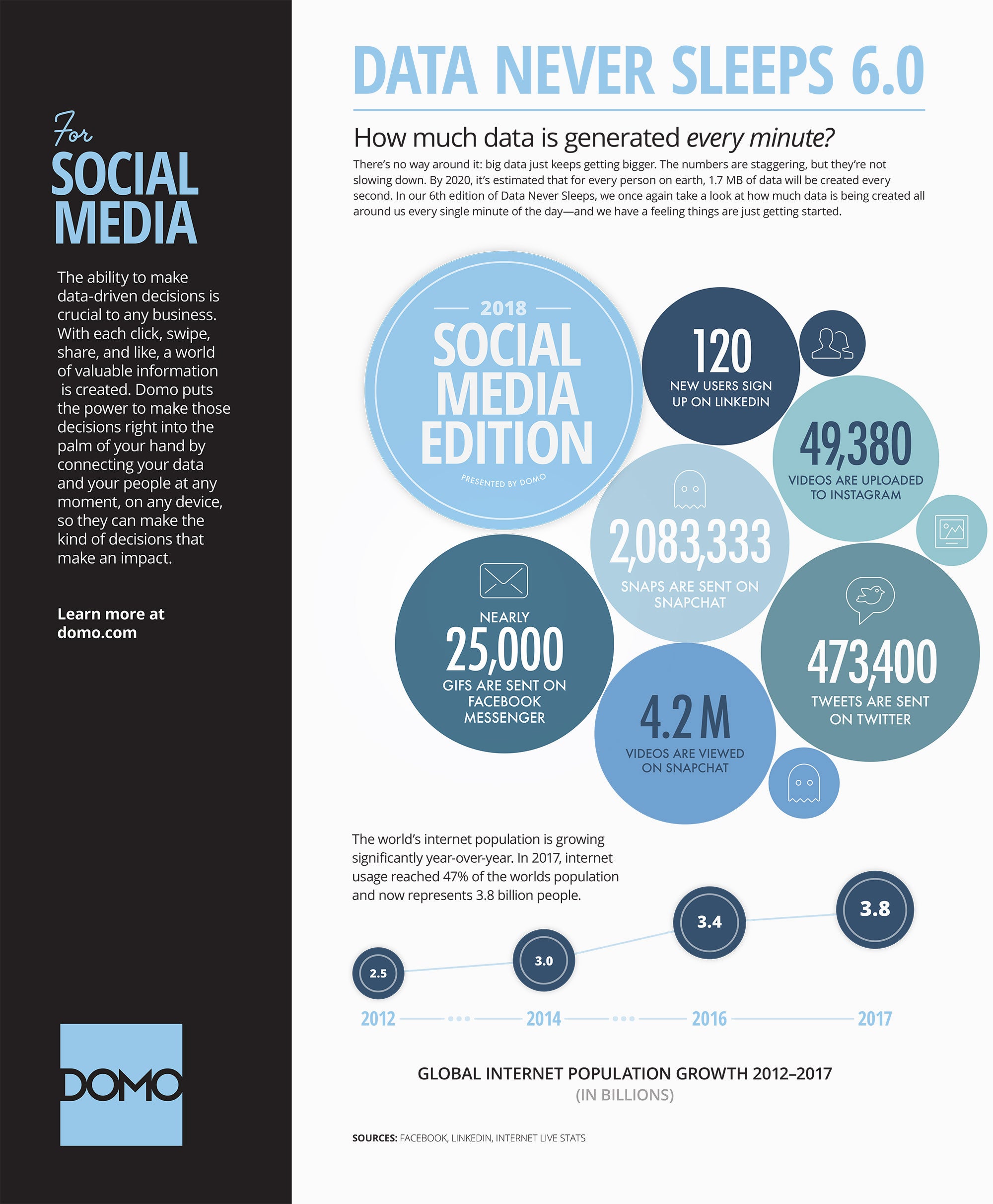