By Jonathan Blum and Alex Dalenberg
August 10, 2012
Opinions expressed by Entrepreneur contributors are their own. 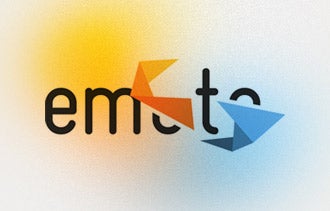 Emoto 2012 -- a collaboration between U.K.-based digital art festival FutureEverything and MIT's SENSEable City Lab -- is a new tool that is being used to interpret the global response to the London Olympics. It analyzes tweets for both specific content and the emotions behind the text, and categorizes them as anywhere from extremely negative to enthusiastic.

The technology then illustrates the emotion in a tweet stream using a visual design to show the ebb and flow of emotion over time. The intensity of feeling of a tweet stream is represented by varying colors. Thicker lines and shapes represent, among several factors, how many tweets and how many people are tweeting about that topic.

For business owners, tracking user sentiment on social media can be valuable for understanding public perceptions of their brand or measuring the effectiveness of advertising and social media campaigns. While still in the early phases, Emoto is showing glimpses of how tools will be able to chart what people are actually feeling about a product, a brand or even an entire company.

Here are three reasons why it might be smart for marketers to keep an eye on the Emoto 2012 and other tools like it:

1. Twitter isn't providing analytics.
After nearly five years since the microblogging service launched, Twitter has yet to offer users access to statistics anywhere close to the statistical detail of packages like Google Analytics or Facebook Advertising. Anyone who's interested in tracking the sentiment of tweets is forced to use Twitter's search to look for happy or sad emoticons, which isn't very effective.

Emoto showcases useful information that exists on Twitter, including metrics such as tweets-per-minute, and the overall mood and sentiment of how posters felt about a specific topic. The tool scans for topics, the amount of content and the syntax of the tweet. Information can be viewed in granular detail, in the aggregate or for each day of the games.

2. Existing sentiment-tracking tools aren't getting the job done.
The analytics gap at Twitter has opened the door for third parties to create social media sentiment engines, including Canada-based Social Mention and paid services such as Twendz, from Seattle-based marketing firm Waggener Edstrom Worldwide. But services like these still offer painfully basic data.

Emoto, on the other hand, can show that response to a tweet can be much more subtle. Not simply a positive and negative sentiment, but a complex emotion behind the tweet stream can be inferred.

3. Emoto is just the first step.
Emoto 2012 shows that there is capability and promise for a simple, graphics-oriented social media tool that businesses can use to get a deep, relatively immediate picture of their online brand value. And the potential is there for tracking competing ideas and brands as well.

Given the growing interest in social media marketing, the Emoto 2012 is likely just the first step, and only one of many tools that will aim to provide a deeper understanding of social brands -- hopefully eliminating the need to collect and manage every individual tweet.