Sarah Max
March 21, 2013 min read
Opinions expressed by Entrepreneur contributors are their own.

Boise isn't exactly a bustling metropolis. Yet, its entrepreneurs know how to think big. Chalk it up to the nearby mountains, towering trees or a get 'er done frontier mentality. Either way, for a city its size -- about 210,000 people -- Boise has an impressive roster of innovators bent on disrupting everything from online advertising to outdoor lighting.

Like many cities in the West, Boise climbed the housing boom and fell hard off the other side. Entrepreneurs who had counted on home equity, stock portfolios and bank loans suddenly had to look elsewhere for funding. Yet, in retrospect, many say the financial crisis worked in their favor. Not only did it force them to hone their ideas and recruit top talent, it prompted the city to rally around their ideas and the promise of new business. (Please see related story, "Boise Attracts Startups Seeking Quality of Life.")

Here's a look at a diverse mix of Boise entrepreneurs. 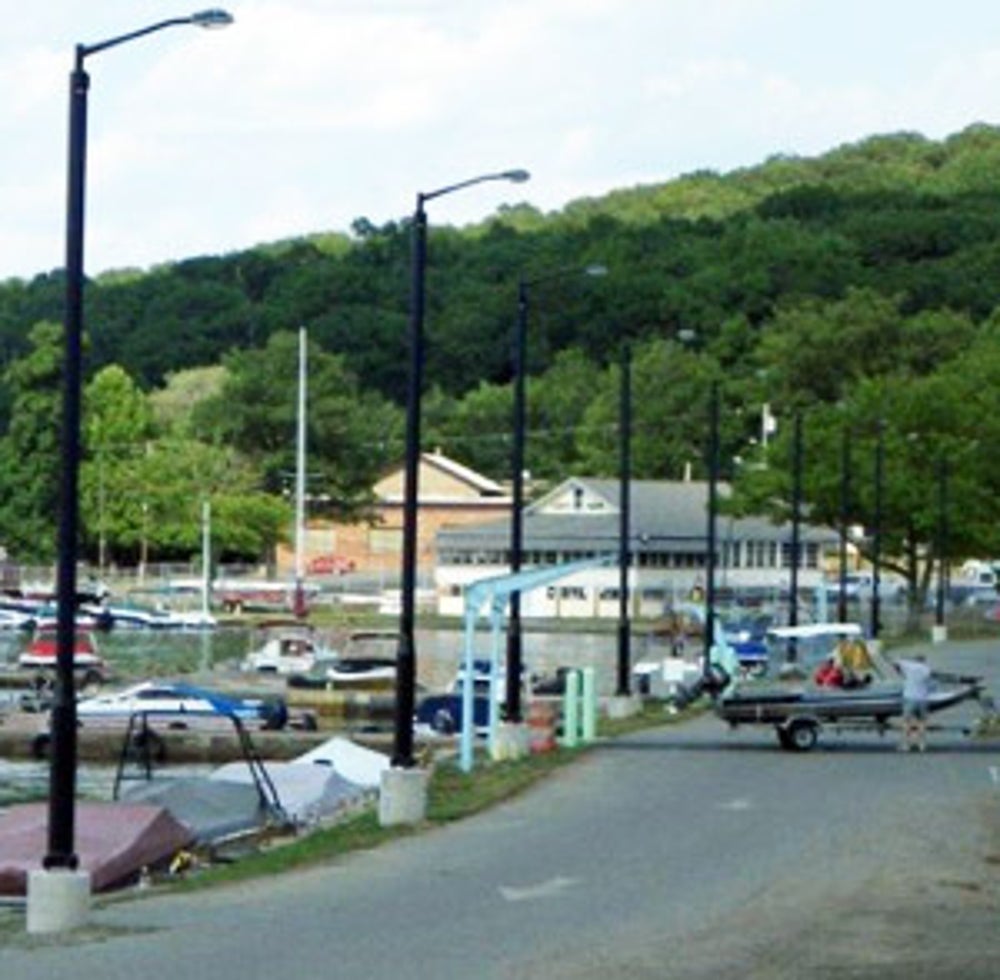 When Hurricane Sandy knocked the power out in places <br />along the East Coast, the solar-powered lights at this <br />New Jersey marina shined on.

The world has changed quite a bit over the last 60 years, but the street lighting hasn't seen any significant improvements in decades. Enter Inovus, which makes solar-powered street lighting that resembles the old-fashioned kind only with net-zero energy use.

Whereas traditional street lighting requires such measures as underground trenching, wiring and conduit, Inovus's off-the-grid lights are self-contained. Solar energy, which is captured by flexible panels wrapped around the poles, charges the internal batteries by day. The batteries power LED fixtures by night. In addition to easier installation, lower operating costs and smaller environmental footprints, Inovus says its lights offer something else -- they stay on when the power goes out.

The company, which has been doubling every year, now has installations throughout the United States and in nearly a dozen other countries, including Australia, Brazil and the United Arab Emirates. 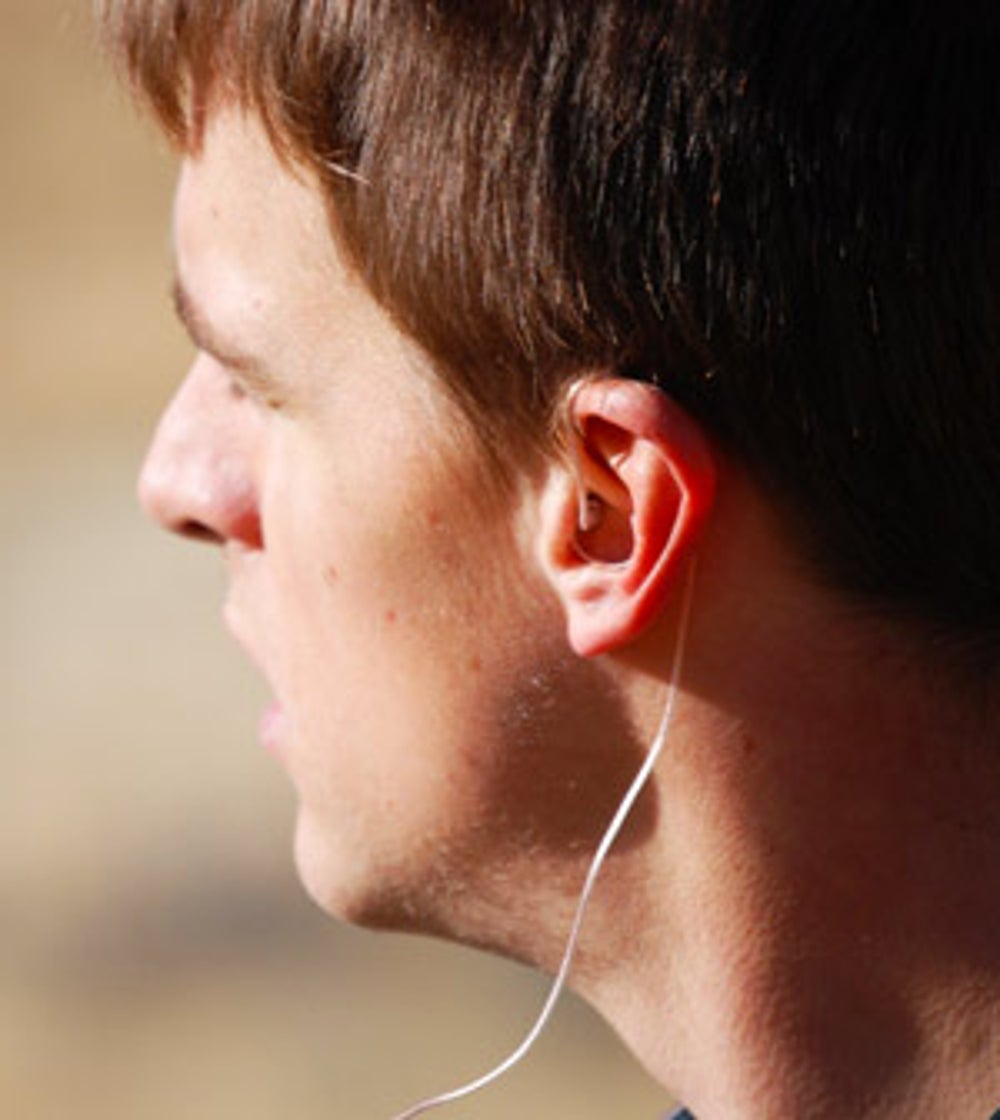 Boise cyclist Paul Warner uses his earHero to listen to music<br /> safely while out training.

Audiologists Matt and Mali Murphy, a husband-and-wife team, were on a ski trip with family and friends when they noticed that everyone was listening to their iPods and couldn't hear anything else. Never mind that it was annoying, in many situations -- skiing, cycling, driving -- it's also unsafe. "We went back to the office and started tinkering with hearing aid parts," says Matt.

What they came up with is earHero. The $149 earpieces plug into any headphone device but use miniature speakers that are placed in the ear canal and allow other sounds to pass. "Most of the current earphone designs focus on sealing off the ear for an isolated sound experience," Matt says. "Our product makes it safe to run, ride a bike, ski, skate, while listening to your favorite song."

The company, which is run out of the Murphys' audiology practice, won the 2012 Idaho Innovation Awards and is now looking to take its patented product to the mass market. Meanwhile, they're now working on a Bluetooth version that can be worn all day. 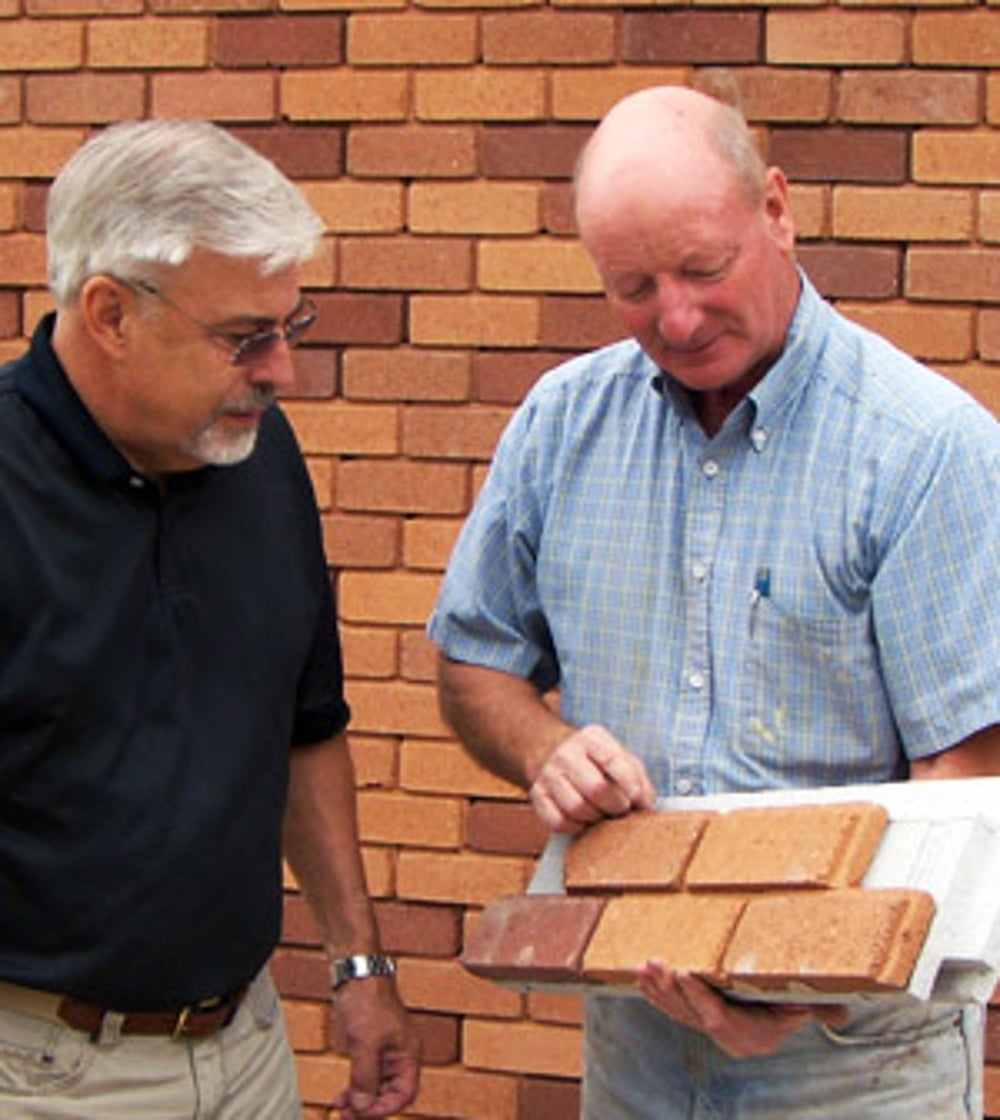 Cofounders Les Cullen (left) and Will Hutsell with InsulStone <br />being used in the restoration of an 1890s brick building<br /> in downtown Boise.

DIY builders rejoiced when Les Cullen and Will Hutsell cut out the middle mason. Their product InsulStone is a mortar-less solution for stone siding that's designed to snap together with the ease of laminate flooring while meeting new commercial and residential regulations for insulation.

This innovation in building materials, according to Cullen and Hutsell, greatly reduces the length of time it takes to install stone and increases the window of time for installation since it's not restricted to warmer mortar-curing temperatures.

"We are an invention and product development company," says Cullen, whose company is based just west of Boise in Caldwell. "We have invented, perfected the design and manufacturing process and have licensed manufacturing rights to larger companies."

Building on its success with stone, the company is now segueing into insulated modular brick panels--making it all a snap. 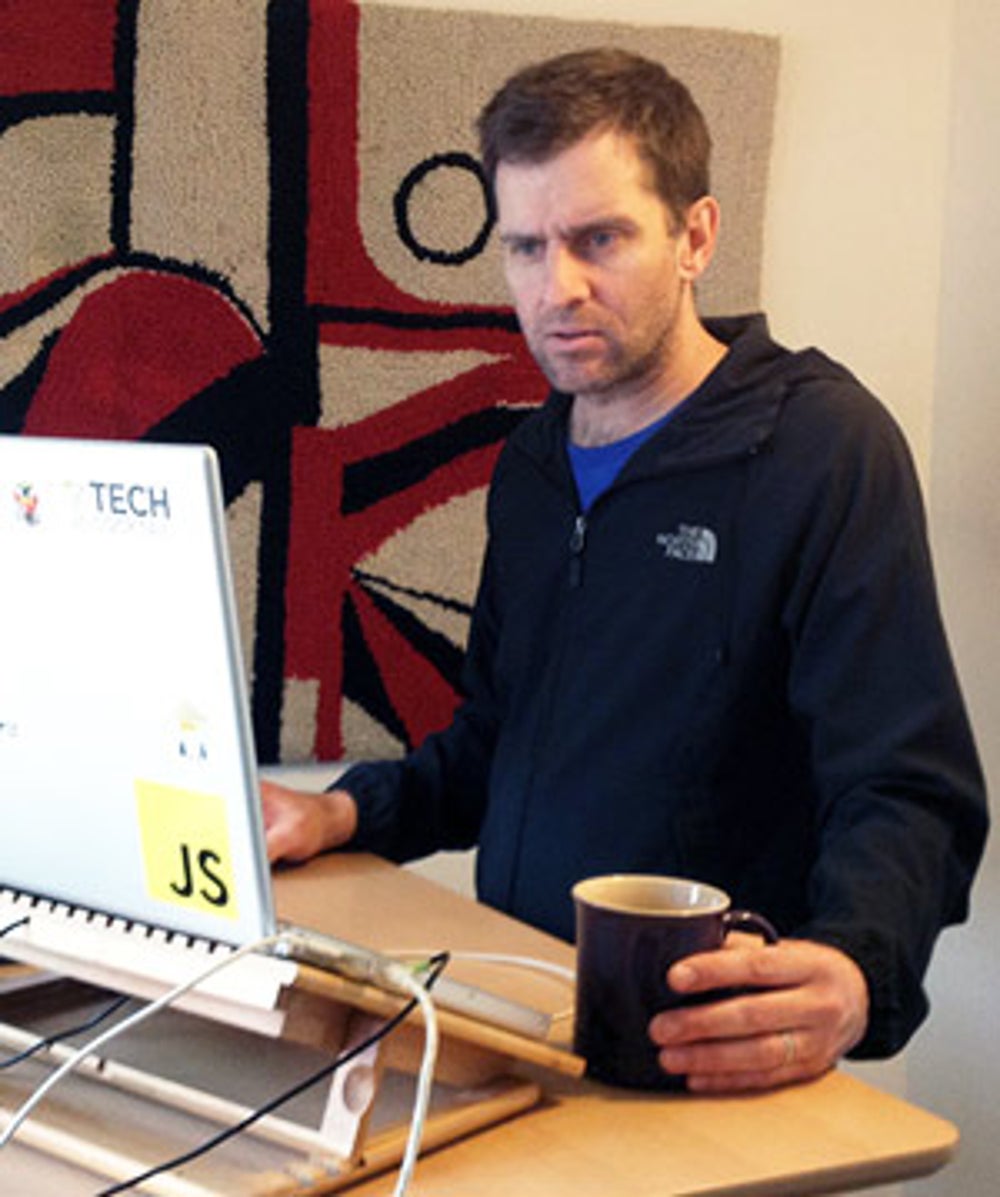 Michael Richardson, at his desk in Boise, has made it easier to <br />visualize the past, present and future.

Michael Richardson was seeking a visual representation of recent U.S. history when he stumbled on a simple idea that would have implications across industries.

Frustrated with mining news archives to cobble together his own historical timetables, he embarked on his own mission of creating a user-defined digital timeline interface.

"This type of interface solves a number of 'big data' visualization problems gracefully," Richardson says. "We work with enterprise clients to develop algorithms for assigning 'importance' to data points."

Timeglider now has more than 80,000 users and commercial arrangements used for cyber-attack monitoring, airplane maintenance tracking and personal coaching apps. The National Health Services in England is also on board using it to track patient care. "This gives health providers a wonderful way to look at a patient's medical history, from very granular events that might have happened over the course of a week, to the major lifetime medical events that inform their care," says Richardson.

The Balihoo office in downtown Boise is just a hop, skip and a jump from hiking, mountain biking and skiing.

Lately there has been a lot of ballyhoo over Balihoo. This Boise-based startup provides a software platform to national advertisers who want to execute marketing campaigns on the local level on both analog and digital channels.

The technology seeks to give large brands the ability to speak to consumers in their local markets with unique messaging, pricing and offers. Some household brand names such as Aflac, Geico, Ace Hardware, Pearle Vision, Wendy's and Kohler have begun their own campaigns using the Balihoo platform.

Now backed by a trio of venture capitalists--OpenView Venture Partners in Boston, Lacuna Gap Capital in Boulder and Highway 12 Venture Partners from Boise--Balihoo has grown 60% year over year for the past four years. 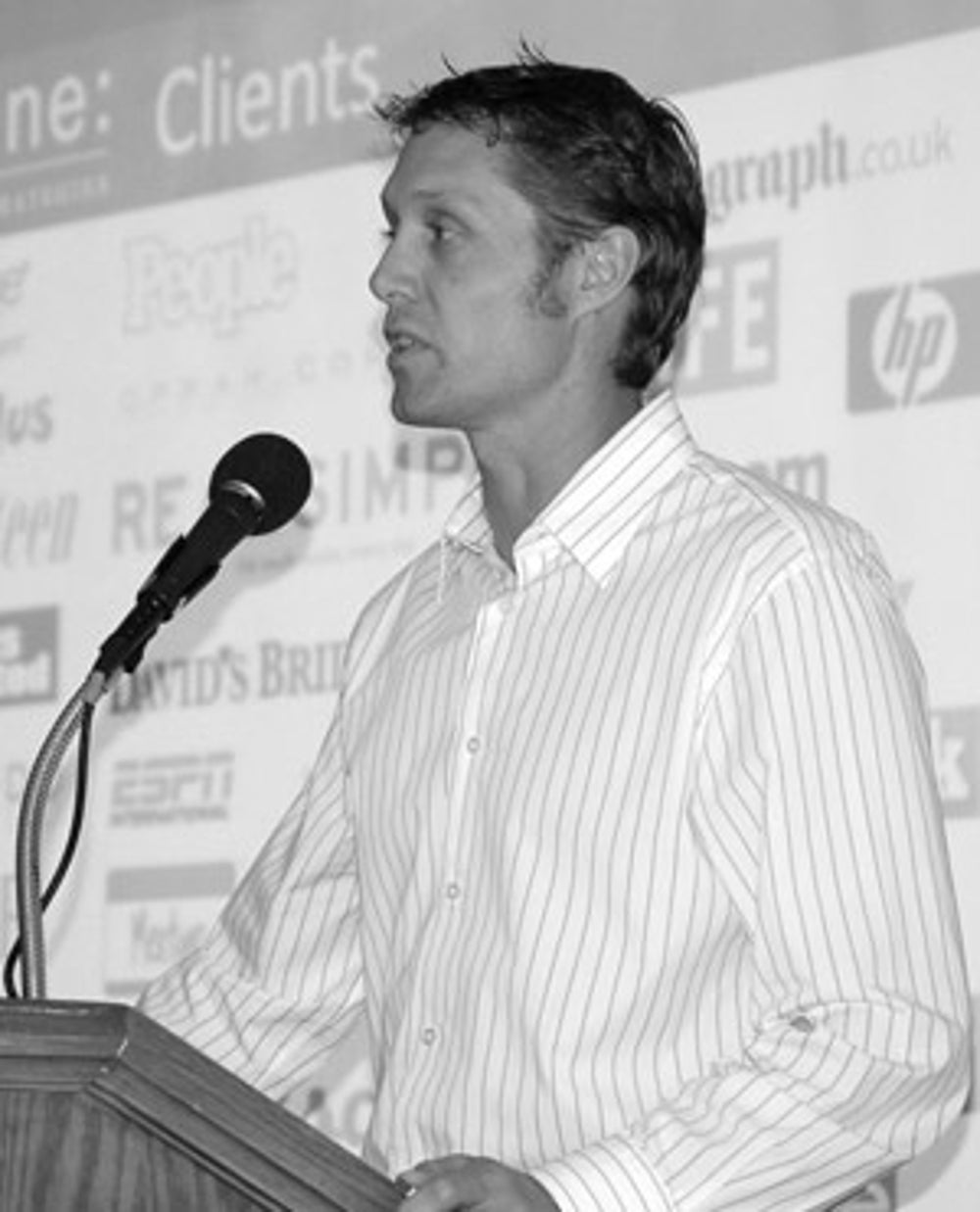 Long before SEO was a marketing strategy and Google was a verb, Marshall Simmonds started experimenting with tactics for improving website search results.

In 1999 the Boise native went to work for About.com, where he was chief search strategist. In 2005, Simmonds struck a deal with the New York Times Company to oversee their search strategy initiatives for their portfolio of companies while incubating his own company, Define Media Group.

In 2011, Simmonds and his team spun off from the New York Times Company to focus on their Boise-based firm, which specializes in all aspects of audience development, from search to social. They've worked with some of the most influential brands in the world, from AARP and Oprah.com to Toys"R"Us -- where they say they helped the company increase year-over-year search referrals 70%.

Meanwhile, the company has added a new offering to its lineup -- investment consulting. The firm's operational experience inside large media organizations and startups alike has caught the attention of the likes of Great Hill Partners, Battery Ventures, Spark Capital and KKR. Since 2011, the group has advised more than $1.2 billion in deals, including financing of a major online retailer and the acquisition of a search agency goliath. 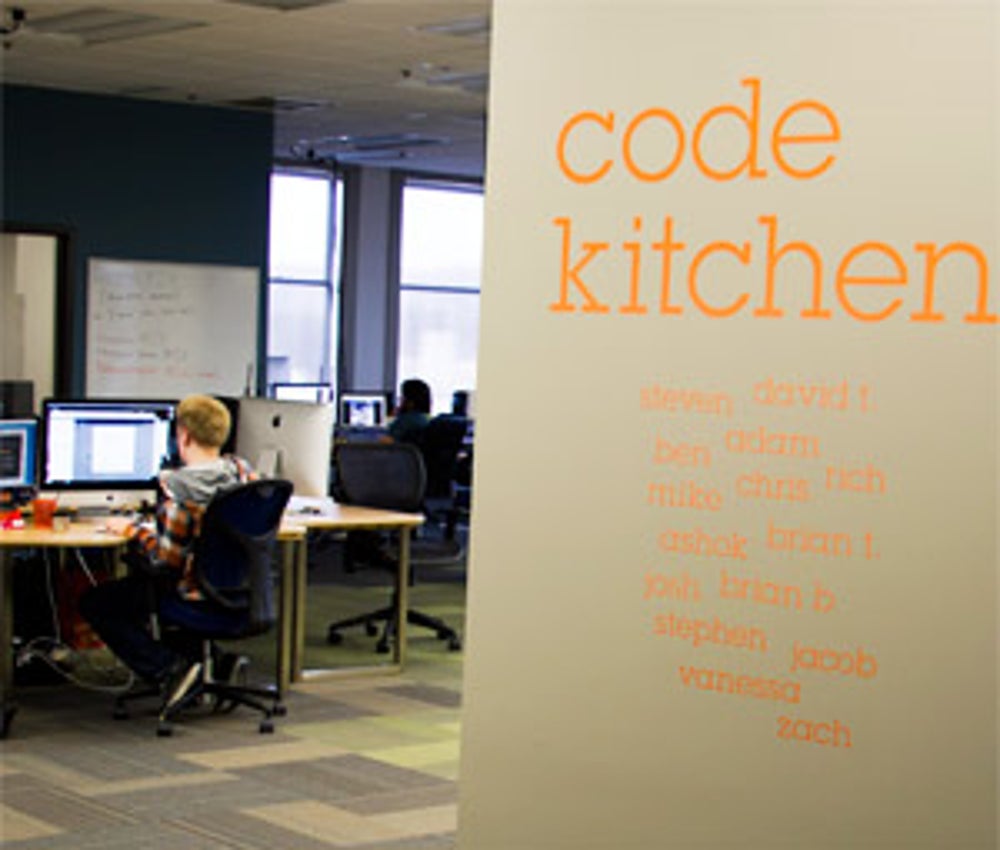 MetaGeek developers work out of the "Code Kitchen," located<br /> on the third floor of an historic downtown Boise building.

When MetaGeek founder Ryan Woodings released his first Wi-Spy product in December 2005, he hoped to initially sell 20 units of his software, which identifies and troubleshoots wireless network glitches. By March 2006 he was selling more than 1,000 units per month. Since 2007, revenue has increased at an average rate of 35% per year.

With smartphones, tablets and laptops everywhere, information technology departments in both small and large organizations must keep their Wi-Fi at peak performance. Yet, many in-house IT experts aren't necessarily wireless experts. That's where MetaGeek products come in. One of the newest items on its menu, Eye P.A., lets network administrators visually troubleshoot wireless network congestion and bandwidth issues.

Meanwhile, the company also tries to make it easier for wireless users to find and track the best networks with its free inSSIDer scanner, now used by millions of people around the world. 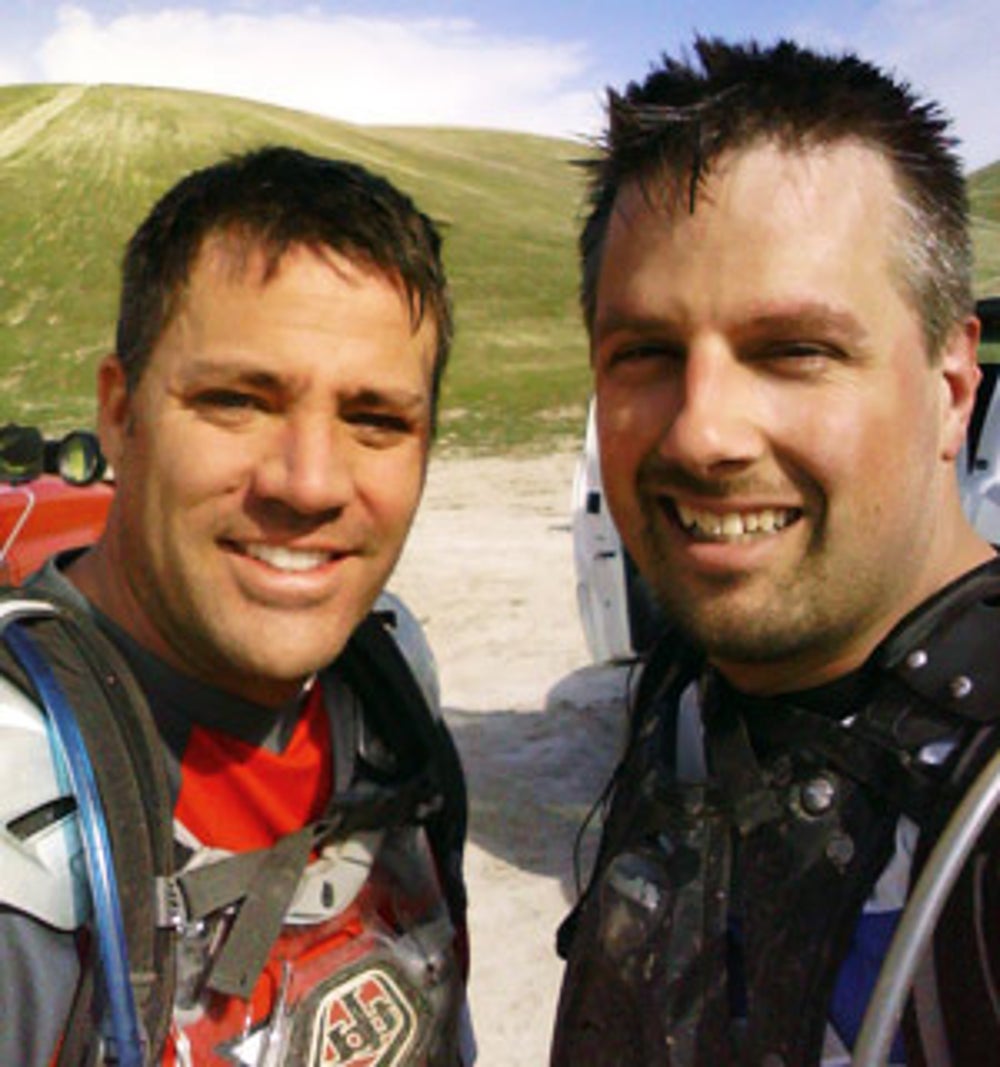 Six months after getting his wireless Guitar Hero guitar, David Crossett threw out his receipt and his packaging. Around month seven it died. "I couldn't prove the purchase so I didn't get the warranty replacement," says Crossett.

He was out $80 but he walked away with a big idea: Consumers struggle to keep track of receipts, and retailers would love to get a more accurate look at what people are buying. Crossett, who had spent 15 years working in network administration and database and website development, teamed up with friend Shawn Schnitker to create Ready Receipts. The company has raised more than $500,000 from local angels and is now talking with investors about more substantial funding.

The online receipt portal and app, which is now in technical beta, lets consumers access their receipts from participating merchants in one location. Where competitors' programs require consumers to scan, photograph, email or upload receipts, says Crossett, "we uniquely identify the receipt without the consumer's involvement."

Advertisers and merchants meanwhile, are able to get a more complete picture of their consumers based on their shopping patterns at other stores and third-party consumer data, Crossett says. The company is currently working on a coupon engine that would allow merchants to create deals based on line-item purchase behavior. For example, if "Macy's wants a special coupon just for people that have purchased women's shirts and baby clothes in the last 30 days, we can find those people and deliver the deal to them," says Crossett. "It's truly one-to-one marketing."