Marissa Mayer is on an insane acquisition spree as she tries to breathe life into Yahoo.

In this month alone, she's hoovered up four companies. Since she took over a year ago, she's bought 18 different companies, according to Wikipedia. (We checked Wikipedia against Yahoo's official Twitter feed which announced all the deals.)

Her old company, Google, was a prolific acquirer, which must have been an influence over her style.

We've assembled the companies here to try to make some sense of her scattershot approach to rebuilding Yahoo.

If you look closely, you can see a pattern. 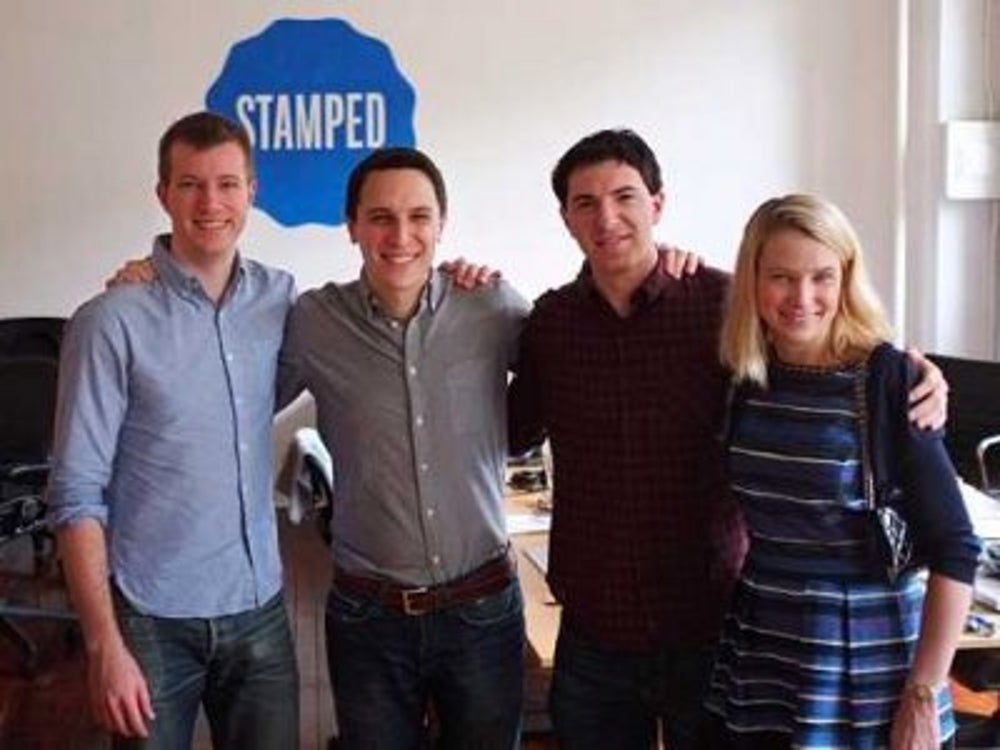 Stamped raised ~$3 million. CEO Robby Stein was previously at Google, and worked with Mayer before she brought him to Yahoo. Yahoo reportedly paid around $10 million for Stamped.

Stamped was a social mobile review app. Yahoo killed the product and put its team of 10 engineers to work on other stuff. We're not sure what the team is up to right now at Yahoo. Stein is a director of product in NYC for Yahoo building out a team, it seems.

Related: Meet Bob Mansfield: The $85 Million Apple Executive Who Is Secretly Working On Its Next Major Product

Next, she acquired Ontheair, which did video chat hang outs. 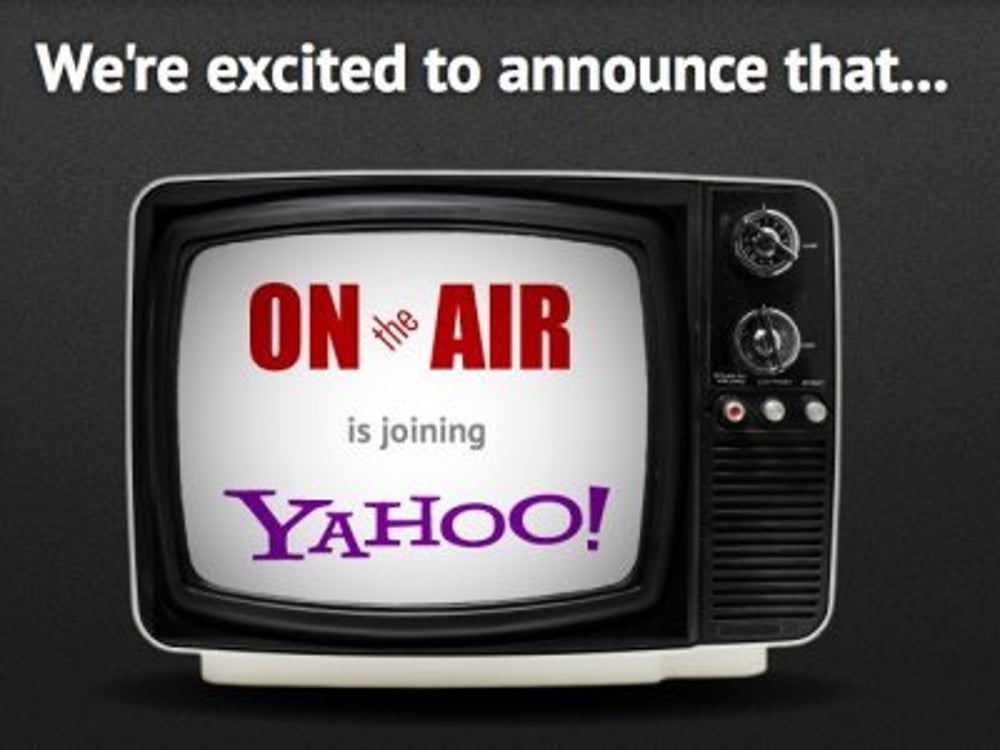 OnTheAir raised $880,000 in seed funding. It was only around for a few months before it decided to sell to Yahoo. There were only five people on the team. They were building a video chat hang out for mobile phones.

Snip.it was a social sharing startup that collects links. 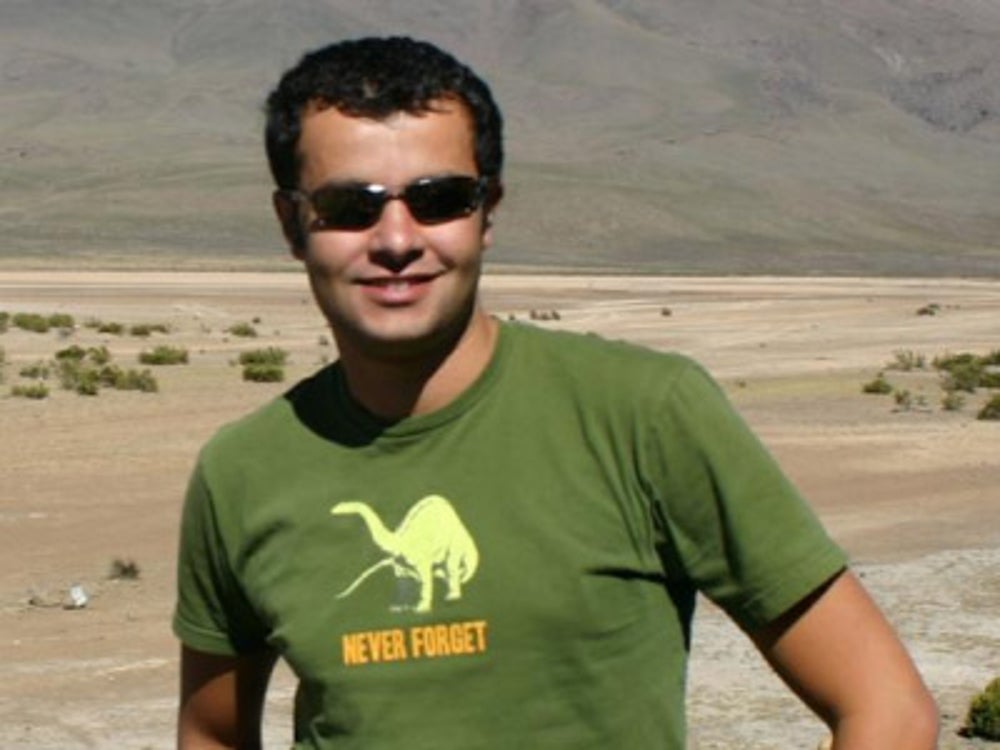 Image credit: Ramy Adeeb
Snip.it was killed. It looks like Mayer wanted to hire its CEO Ramy Adeeb, who had a background in investing. He has an eye for startup talent, so he can help Yahoo make other acquihires.

Yahoo bought Propeld, which made Alike. 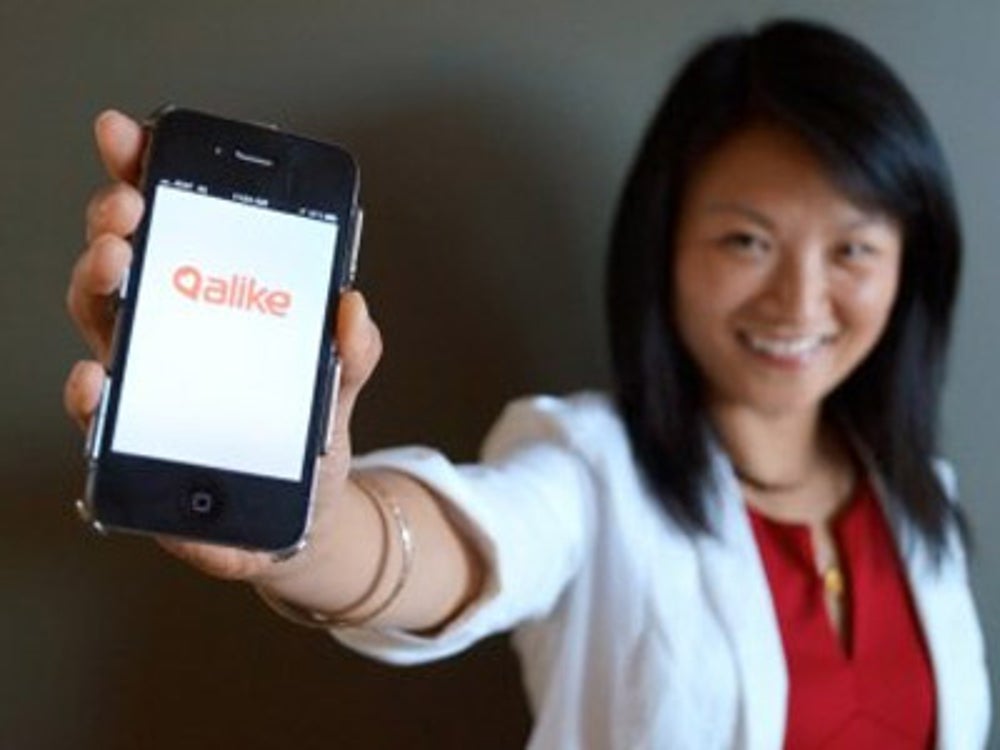 Maria Zhang, CEO, Propeld
Image credit: GeekWire
Yet another acquihire...getting the picture here? The team said in the announcement of the acquisition that it was going to be joining Yahoo's mobile team. So, we're not sure exactly what it's doing. Previously, Alike was doing social recommendations for local businesses.

Next, it bought Jybe, a startup by former Yahoos. 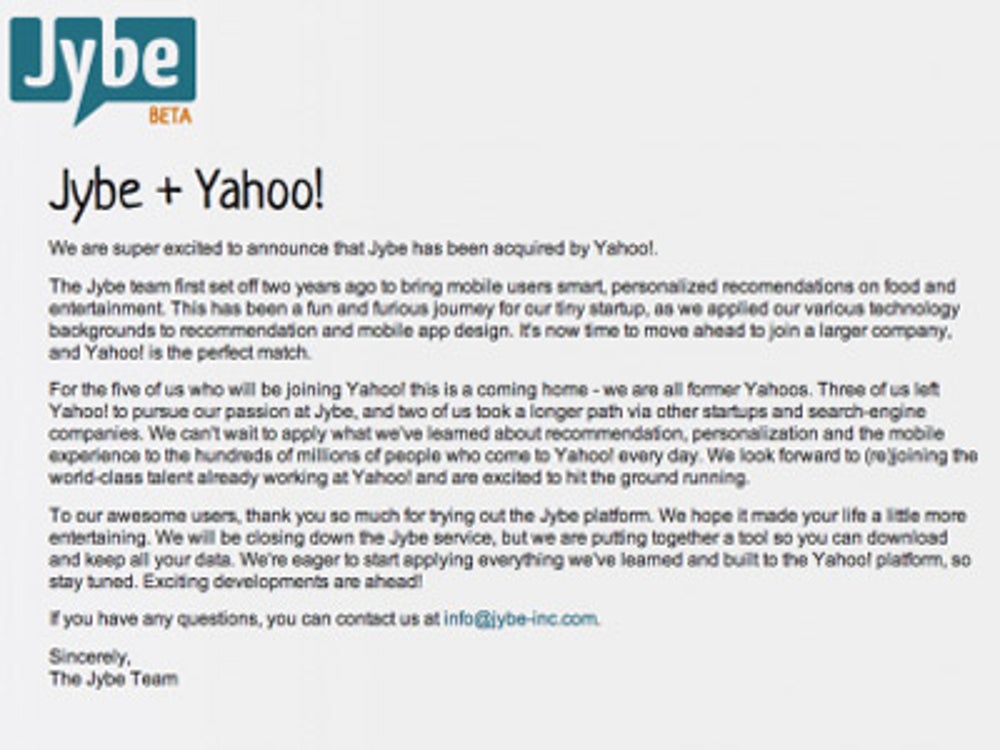 Jybe was a recommendation startup. Yahoo wants stuff more personalized, so it's a sort of a fit.

Summly was the most controversial of all Yahoo startup purchases. 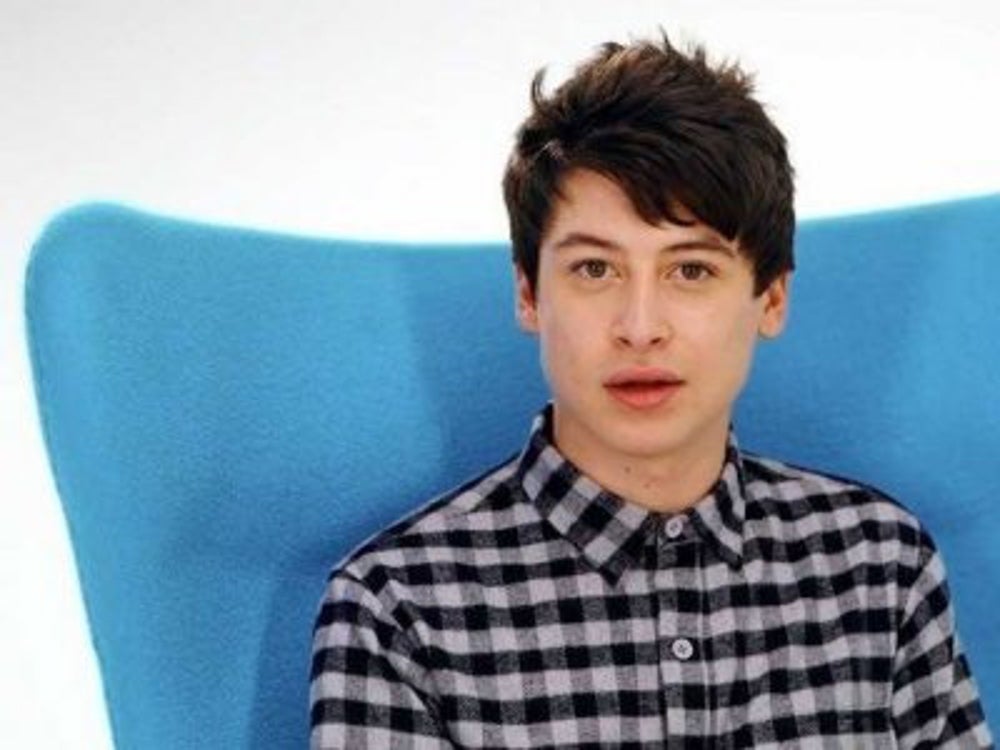 Yahoo paid $30 million for Summly, a summarization application built by a 17-year-old. The app takes longer stories and truncates them. Mayer has used it on her earnings calls, and Yahoo has it in Yahoo News. It was a big deal because it's built by a teenager, and it's unclear how much of the technology Summly built on its own.

Related: Here's Some Of The Stuff Apple Could Buy With Its Insane $146 Billion Cash Hoard 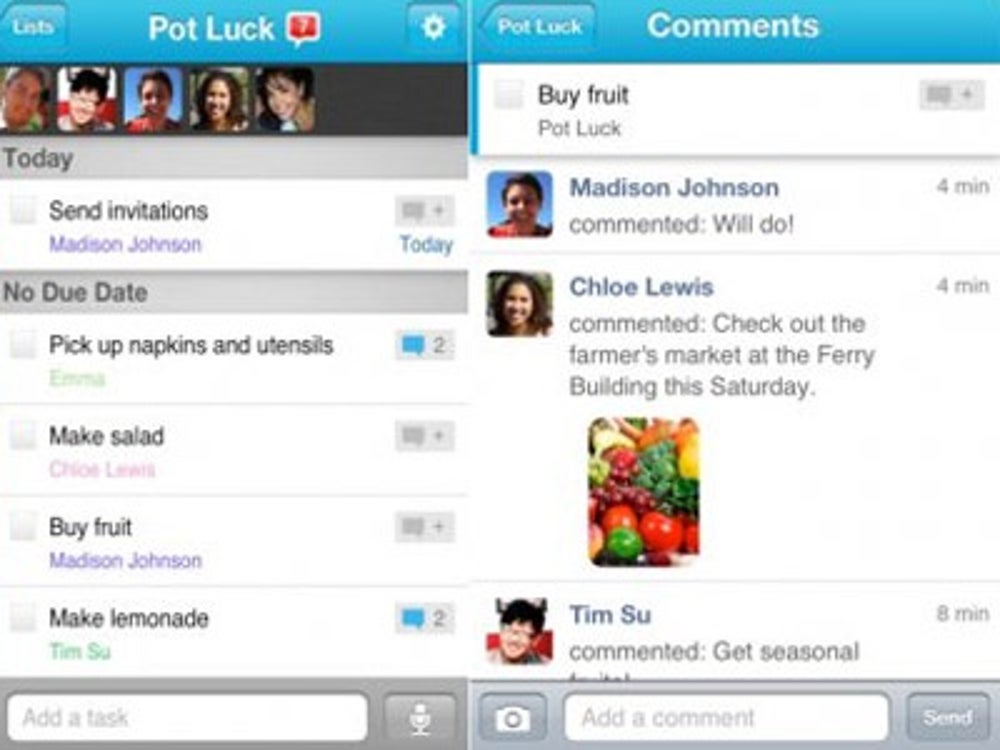 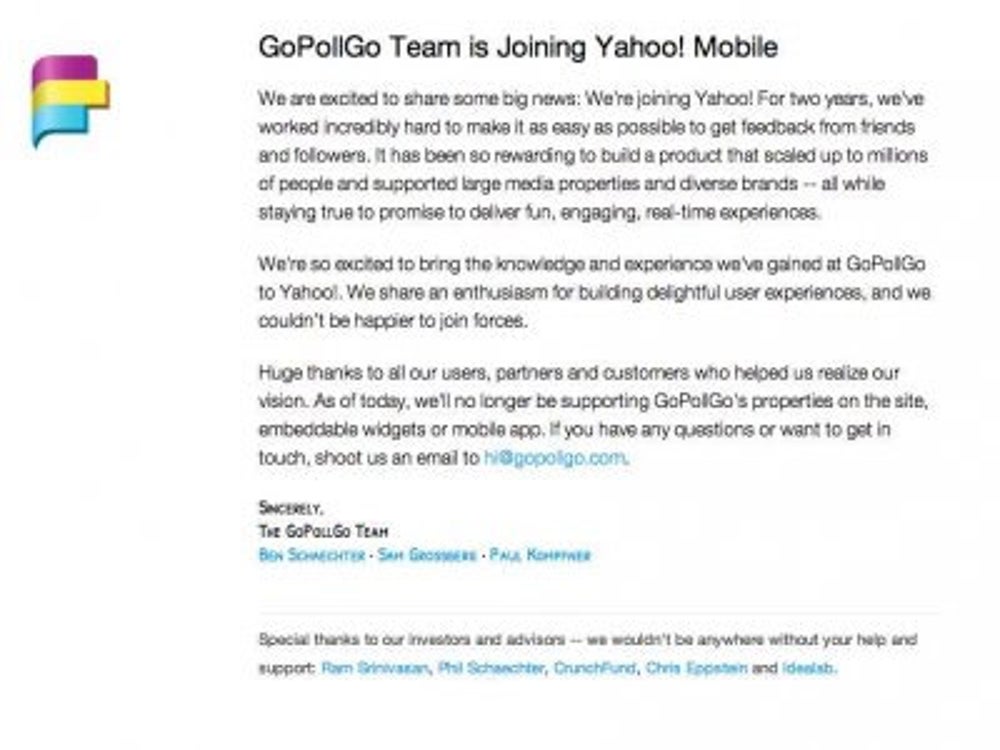 GoPollGo did quick polling on Twitter. It raised less than $500,000 in seed money and its three team members joined Yahoo's mobile group in Sunnyvale.

On the same day it announced GoPollGo, it also announced the purchase of Milewise. 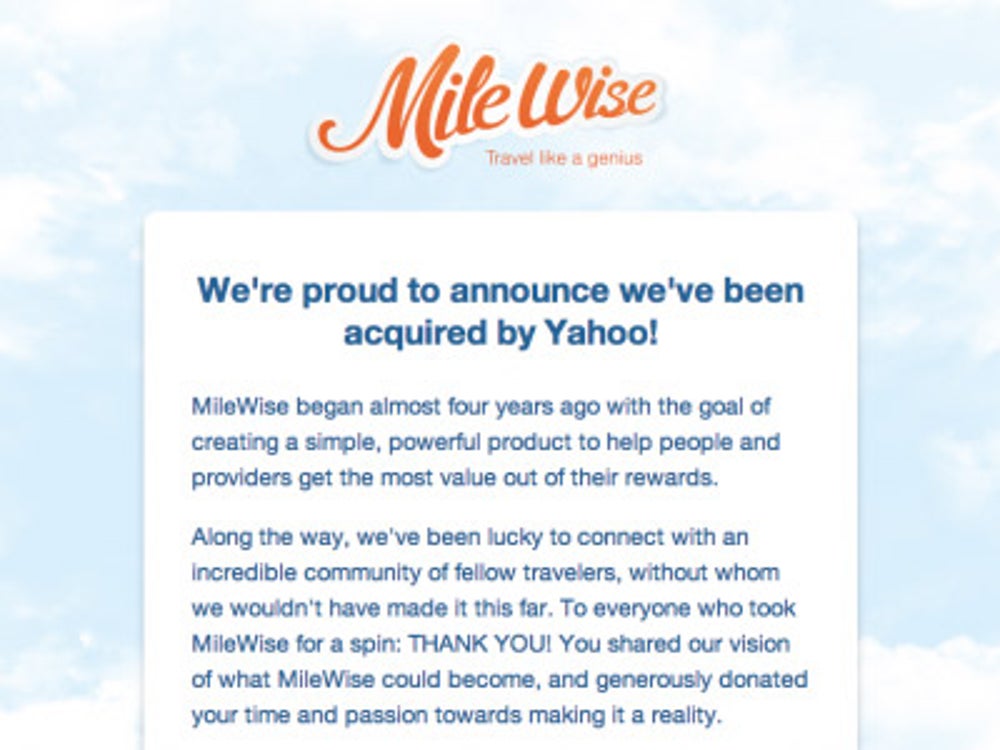 Milewise did search for travel, allowing users to calculate how much a trip would cost when factoring in credit card points. The product was killed and team joined Stamped founder Robbie Stein's group at Yahoo NYC. 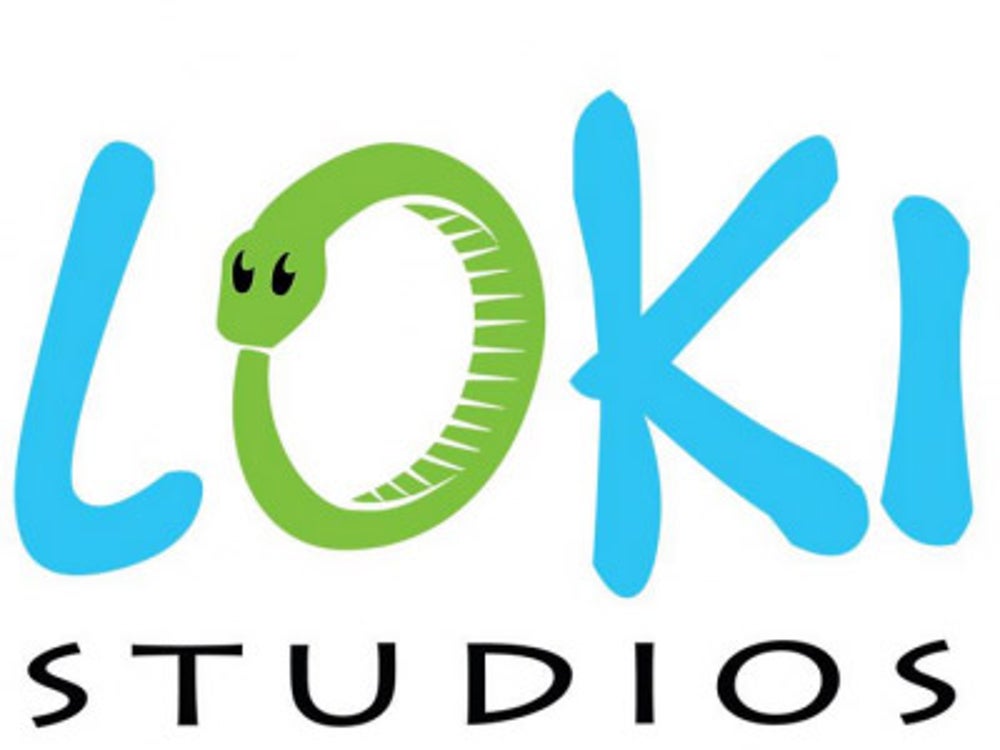 Loki used real world data to create mobile games. Yahoo hasn't done much with gaming, so we're not sure if it kept Loki's team on gaming, or if it just rolled its people into the mobile group. 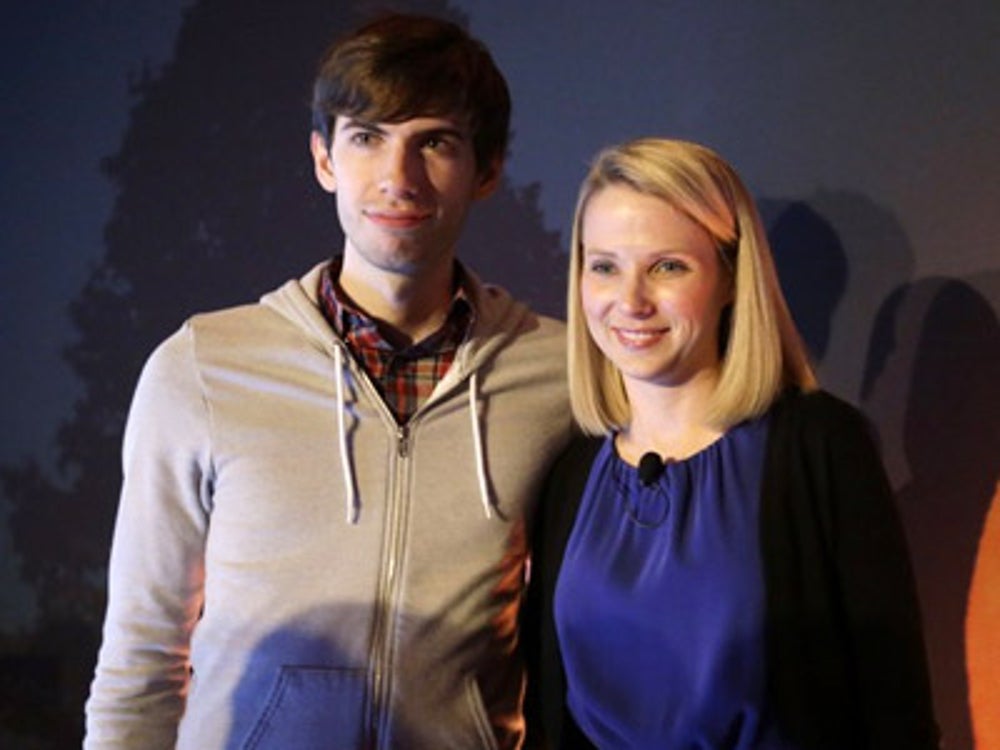 After a long run of acquihires, Yahoo made a full-on purchase when it paid $1.1 billion for Tumblr. The deal happened quickly, and was a bit of a shock. Yahoo is hoping that the social blogging platform will generate a lot of revenue in the future.

Playerscale was a gaming infrastructure startup. 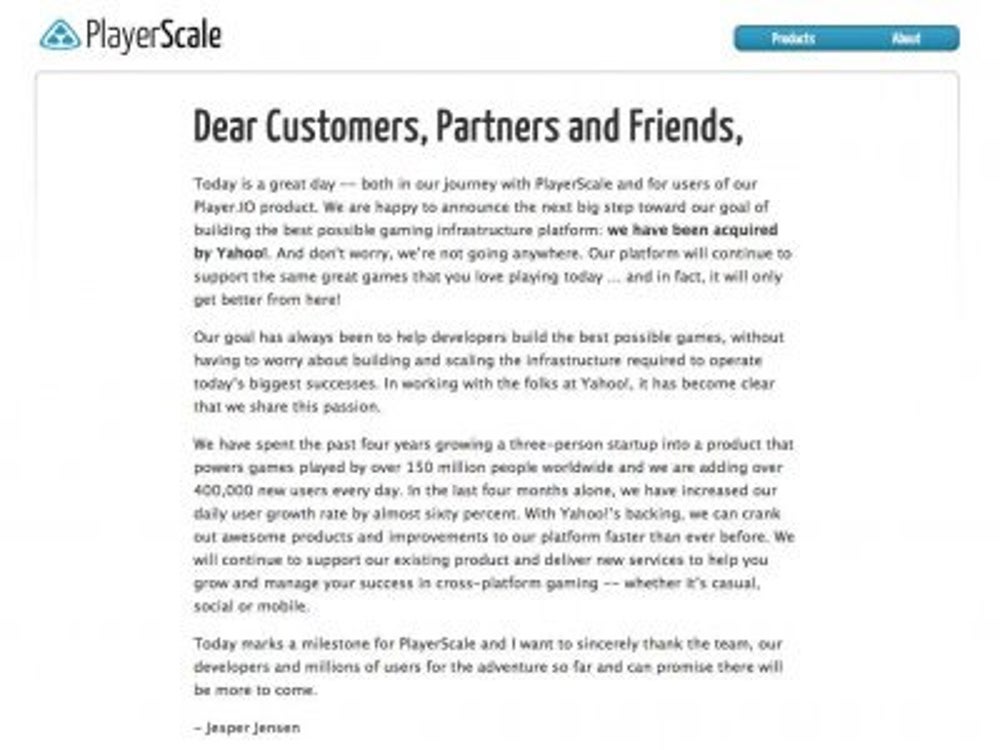 Playerscale actually deviates a bit from the pattern. Playscale does infrastructure for online gaming. It doesn't look like Yahoo pulled the plug on the self-funded startup. Seven employees joined Yahoo. 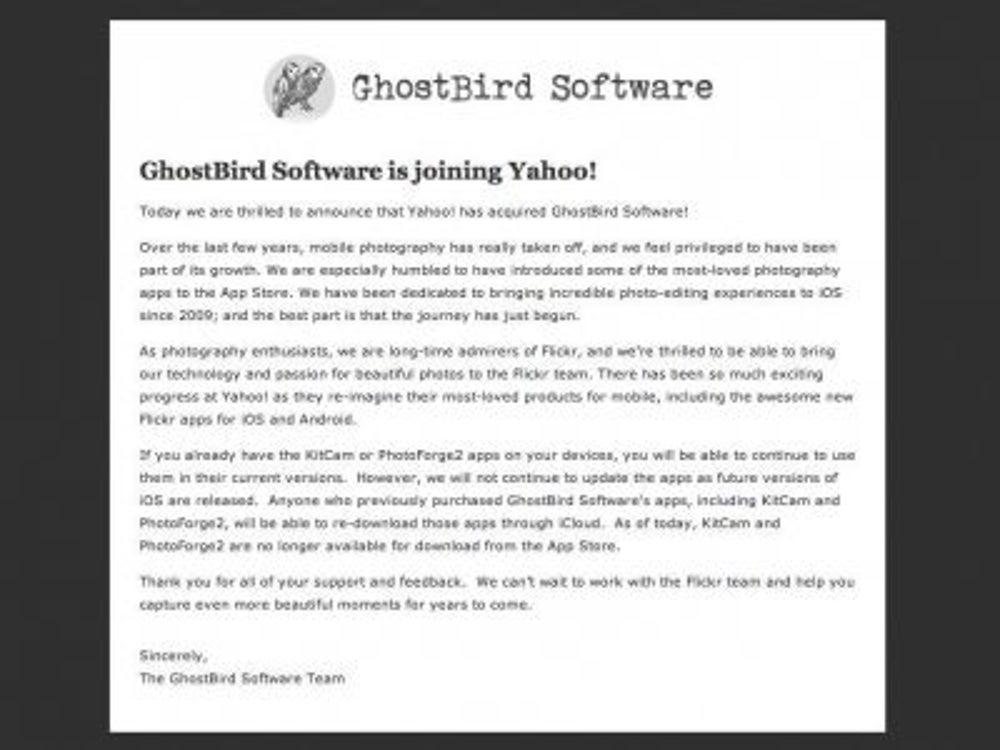 Ghostbird did photo apps for the iPhone. In the announcement of the acquisition, Yahoo said Ghostbird would be used to improve Flickr. Instagram is running away with mobile photography. Marissa Mayer clearly thinks she can do something to stop Instagram, and Ghostbird is part of the plan. 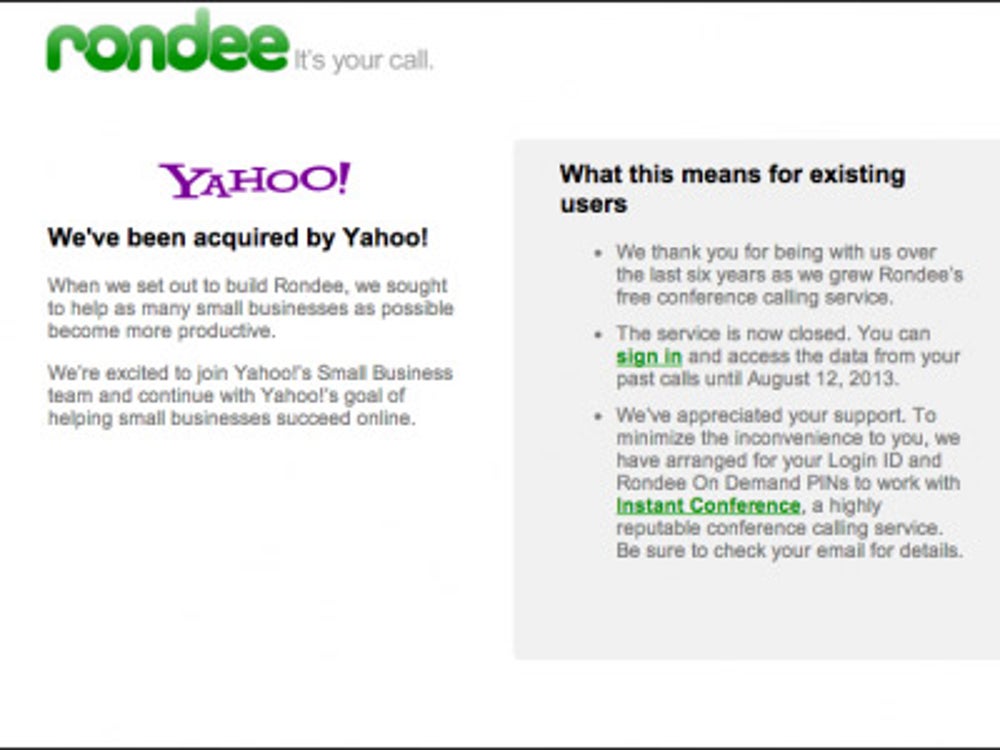 Another deviation from the pattern! Rondee was a conference calling service that went to Yahoo's small business group. Kara Swisher, who knows Yahoo better than anyone, was baffled by the purchase.

Yahoo bought Biggnoggins, which is just one guy's startup. 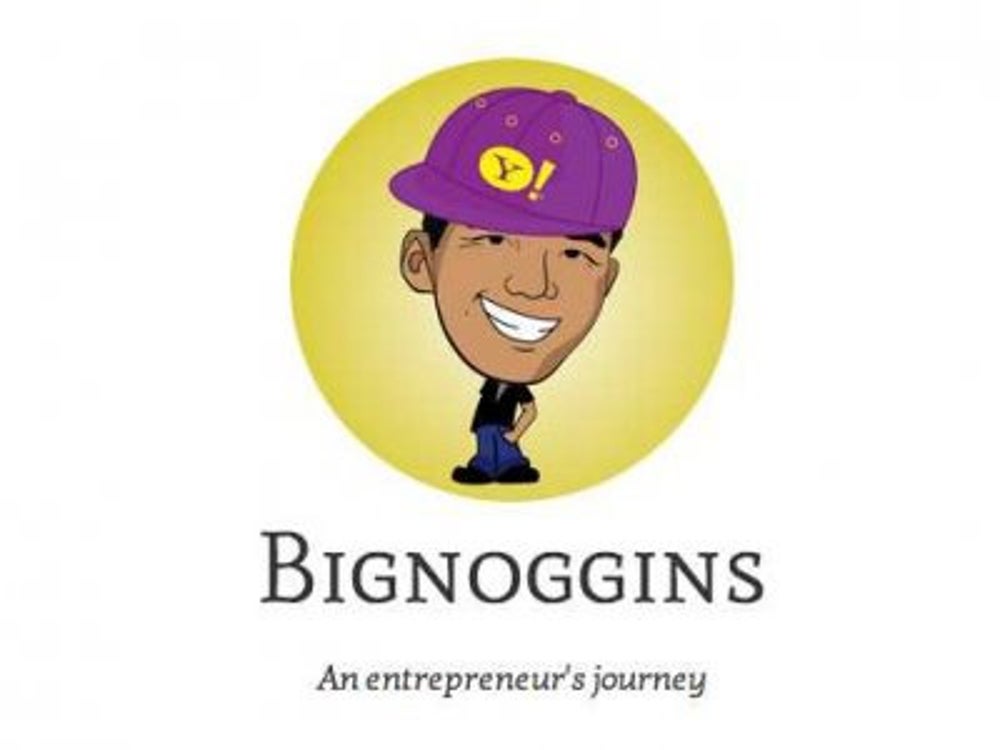 This is an "acquisition" that makes sense. Bignoggin was the work of Jerry Shen. His tech was baked into Yahoo's fantasy sports apps.

Yahoo paid $50 million for Qwiki, which had hype early on. 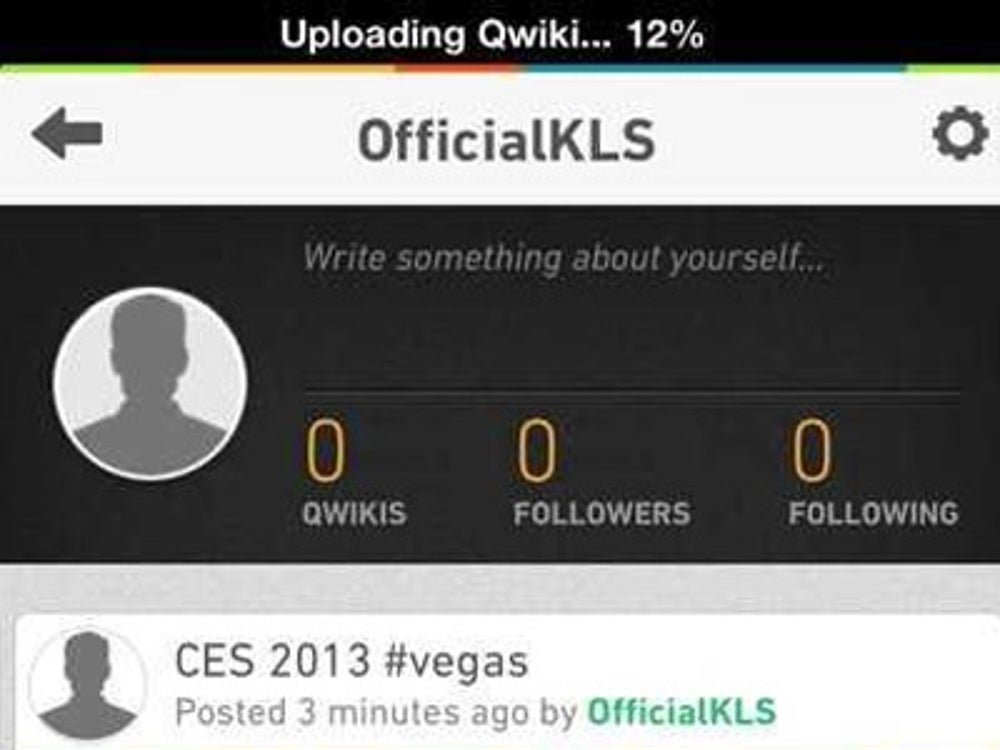 Qwiki won TechCrunch's Disrupt contest back in 2010. The original vision was a video version of Wikipedia. That didn't pan out, so it pivoted three times, finally landing on some sort of mobile video story telling thing. Yahoo paid $50 million for the company.

Xobni was an email company.

Ztelic is the first international acquisition of the group. 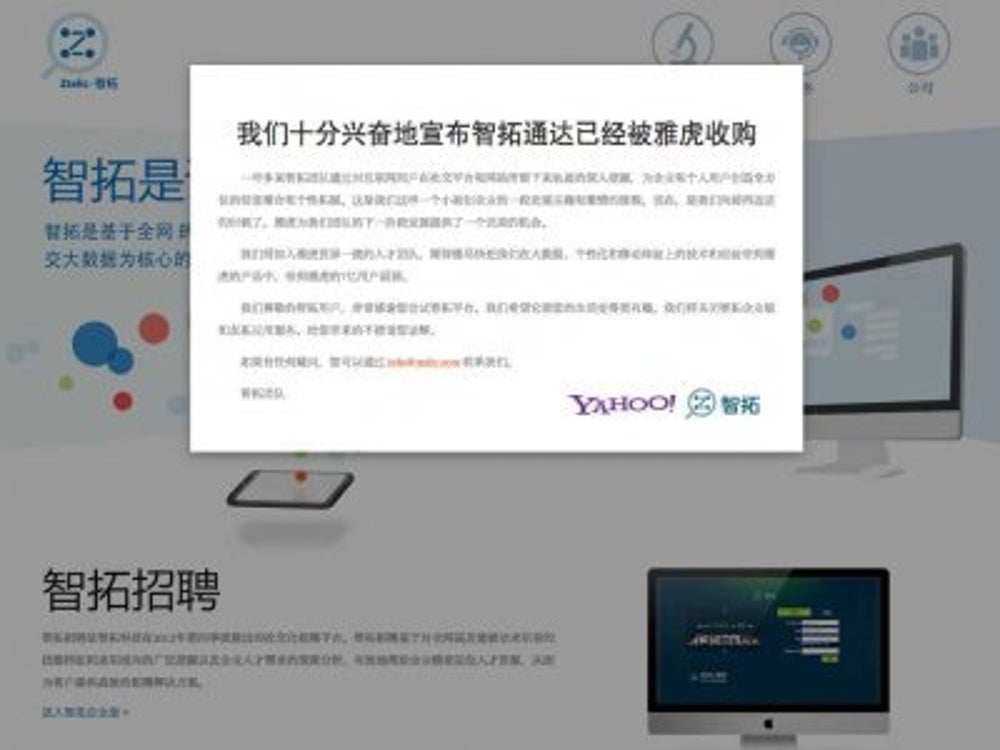 Ztelic was a Chinese social network that Yahoo acquired for its R&D group. We have no idea what's up this is one. Mike Issac at AllThingsD suggested it would be used for Yahoo's "personalization" stuff. 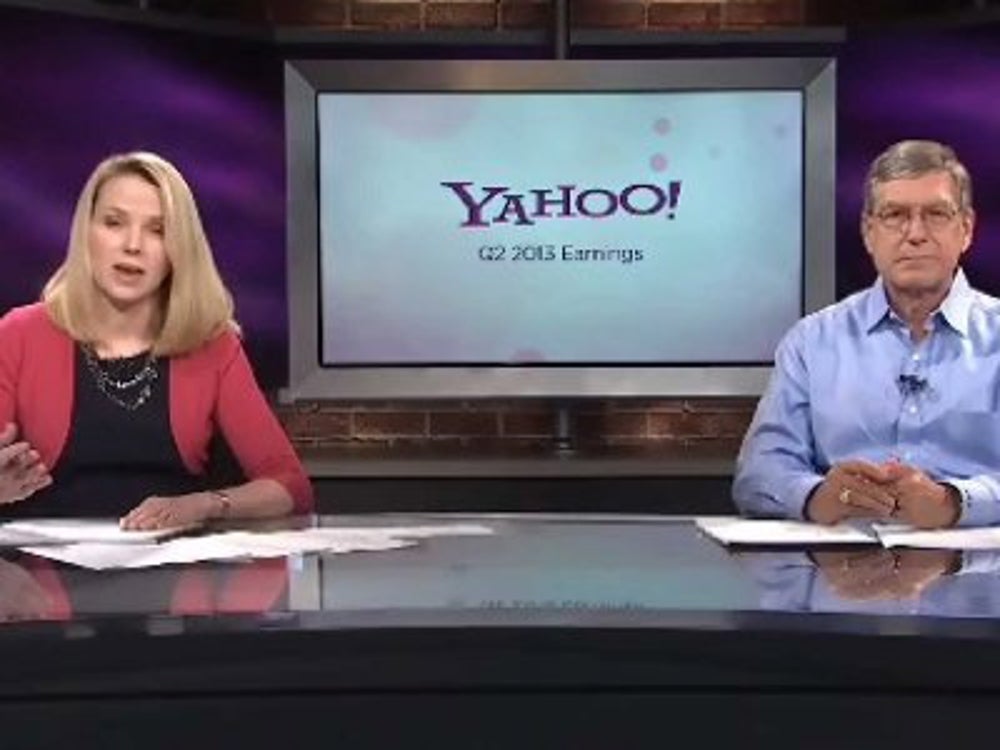 There's actually a method to this madness!

Yahoo's acquisitions can be lumped into a few groups:

1. The straight up acquihire. Take a company with no traction, kill the product, and plug its engineers into other parts of Yahoo.

2. The talent-with-a-purpose acquisition. Buy a company that clearly could improve one of Yahoo's existing products.

Each group is a different way to get Yahoo back on its feet.

Group 1 is in charge of creating new stuff. Group 2 is in charge of fixing stuff that exists. Tumblr is the hail mary that could just make the rest of Yahoo irrelevant if it's a big hit.