We already had a good idea that 2015 is going to be huge for smartwatches. At the International Consumer Electronics show earlier this year, we got a taste of what’s in store for the coming year.

While last year brought us a ton of high-end smart timepieces, this looks to be the year that smartwatches start to become a bit more affordable. Some of the models we saw on the show floor are expected to go on sale for less than $100, and many are around $150 -- a far cry from the $300 and higher prices we saw in the category just a year ago. (Not to mention the forthcoming Apple Watch, with the base model starting at $350.)

Here’s a look at some of the smartwatches we came across during this year’s CES that are headed our way this year: 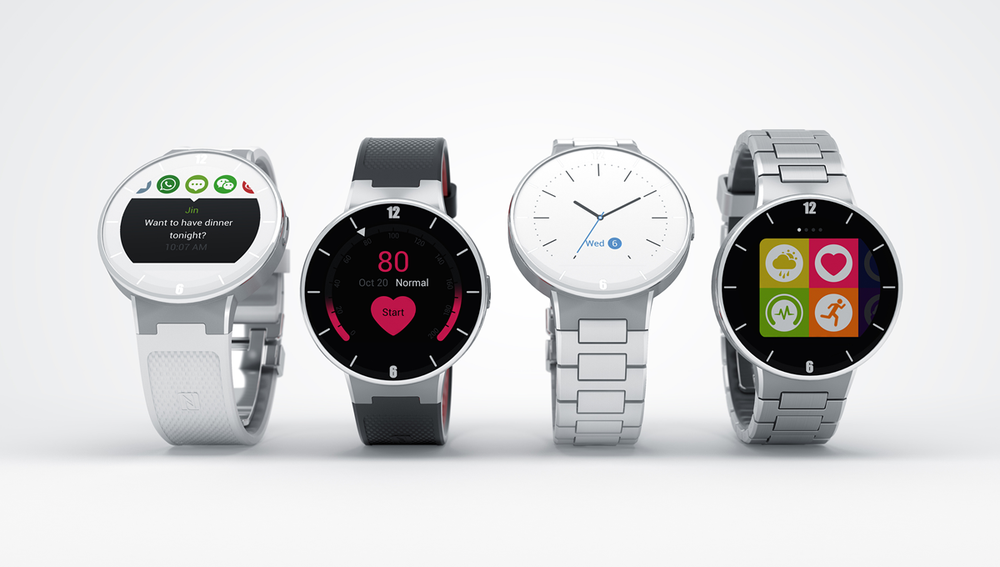 Alcatel’s OneTouch sports a similar look to the Moto 360 but works for both iOS and Android devices. Much like other smartwatches on the market, the wearable can be used to monitor your daily activity, view notifications from your phone and control your tunes.

The watch is also expected to be one of the most affordable wearables on the market when it launches later this year for around $150.

Related: New Office Tech You're Going to Crave This Year

Guess is partnering with Martian for its own line of smartwatches. Unlike other watches that replace the entire face with a display, Martian’s designs look more like a traditional timepiece with a small notification area at the bottom of the watch face.

The watches work with both iOS and Android devices and display notifications from your phone. A built-in speaker and microphone also allow you to make and receive calls directly from the watch. Pricing and availability are expected to be announced soon. (For reference, though, Martian’s base model watches start at about $130.) 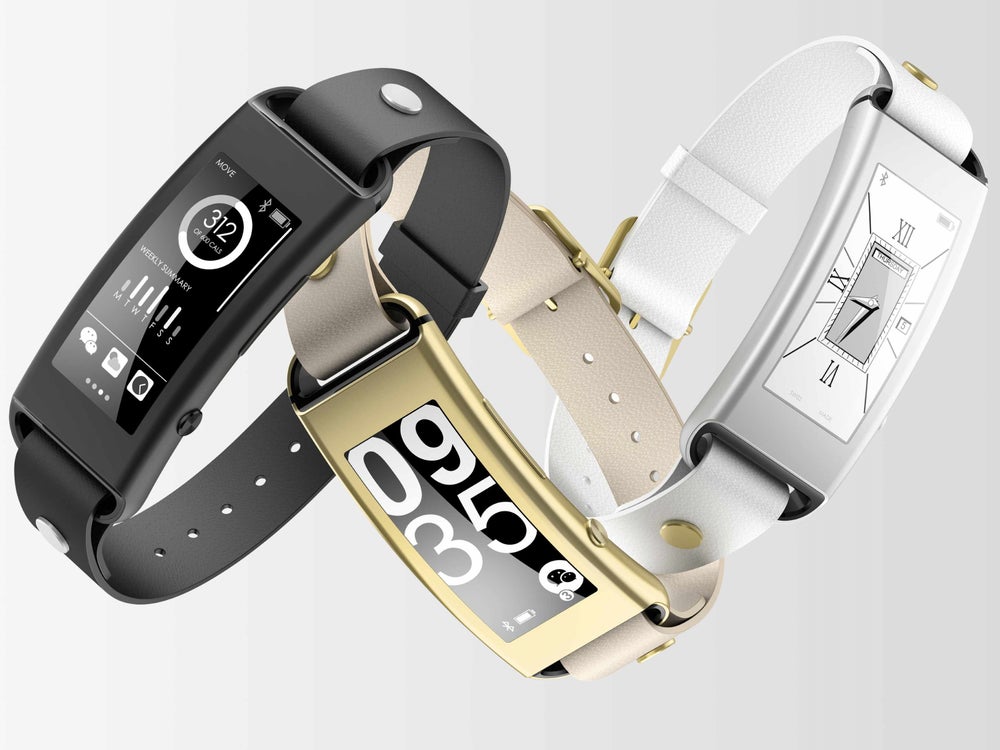 Lenovo’s Vibe Band VB10 is one of the least expensive smartwatches we saw at CES this year. The $89 watch pairs with your iOS  or Android device and displays phone call and text message notifications, as well as notifications from apps like Facebook, Twitter and WeChat.

The Vibe Band VB10 also works as a fitness tracker. Perhaps its best feature is its e-ink display, which means the device can operate for a week on a single charge. 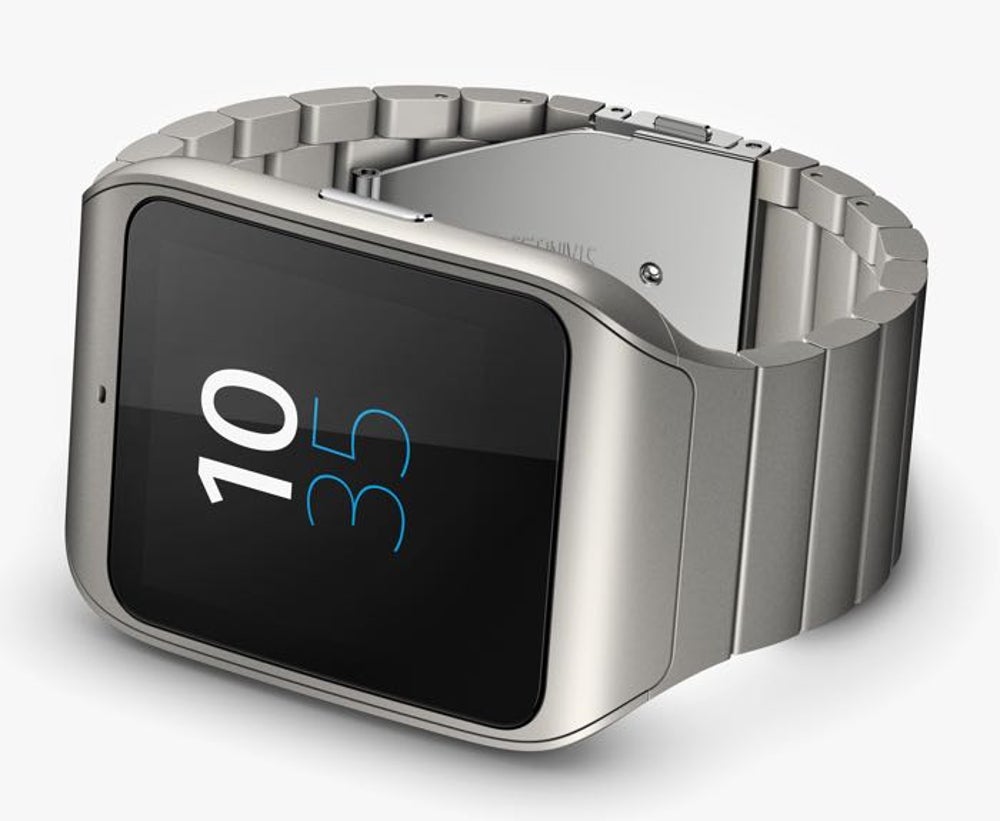 Sony unveiled a new stainless steel version of its Smartwatch 3 at CES, giving the wearable a slightly more professional look.

The Smartwatch 3 went on sale late last year for $250. Much like other Android Wear watches, the device displays notifications from your phone such as text messages, calls and even flight information on your wrist. The Smartwatch 3 also has a built-in GPS, a first for Android Wear devices, for more accurately tracking your workouts. 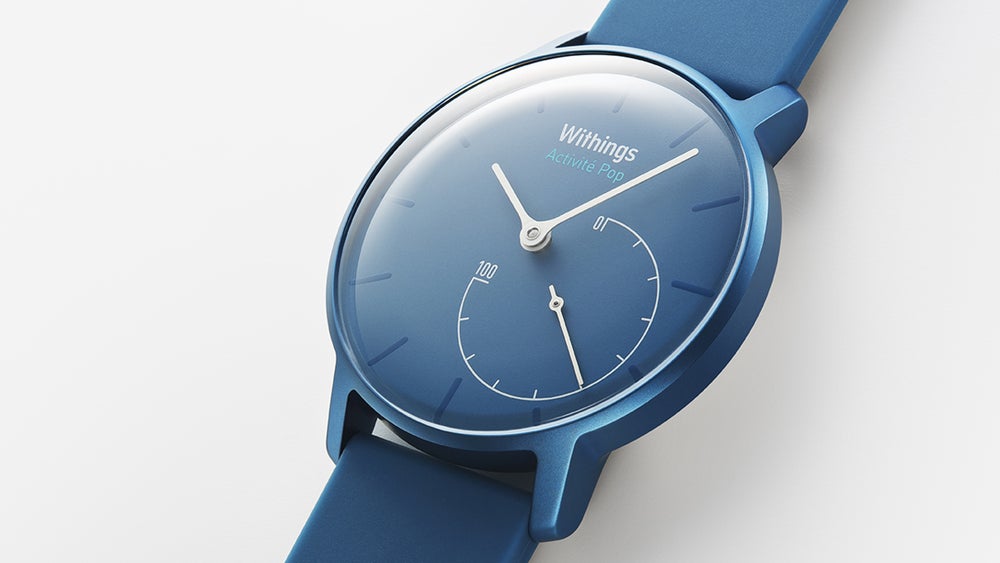 Withings’ Active Pop is less expensive version of the company’s $450 Withings Activite, and is a bit closer to an activity tracker than a smartwatch. The watch is water-resistant, and on the surface, looks like a traditional timepiece.

Priced at $149.95, the watch keeps track of your activity and tracks your sleep, but doesn’t display phone calls or other notifications from your phone.

Support Your Fitness Resolutions with a Fitbit Ionic, on Sale Today

These Smartwatches are on Sale for the Holidays

The One Reason You Should Want to Buy a Smartwatch