Bacon is everywhere -- sweets, beverages and even toiletries. But even if you're the biggest bacon fan around, we bet you don't know just how deep the obsession goes for some people.

Recently, Oregon State University researchers patented a new strain of seaweed that, when cooked, tastes like bacon. Yes, bacon-flavored seaweed. While the algae might be the healthiest bacon-tasting treat you can eat, it comes after years of porky innovation that have produced dozens of incredible products that taste and smell like bacon.

Here are 15 of the world's most bizarre and wonderful bacon-flavored products. 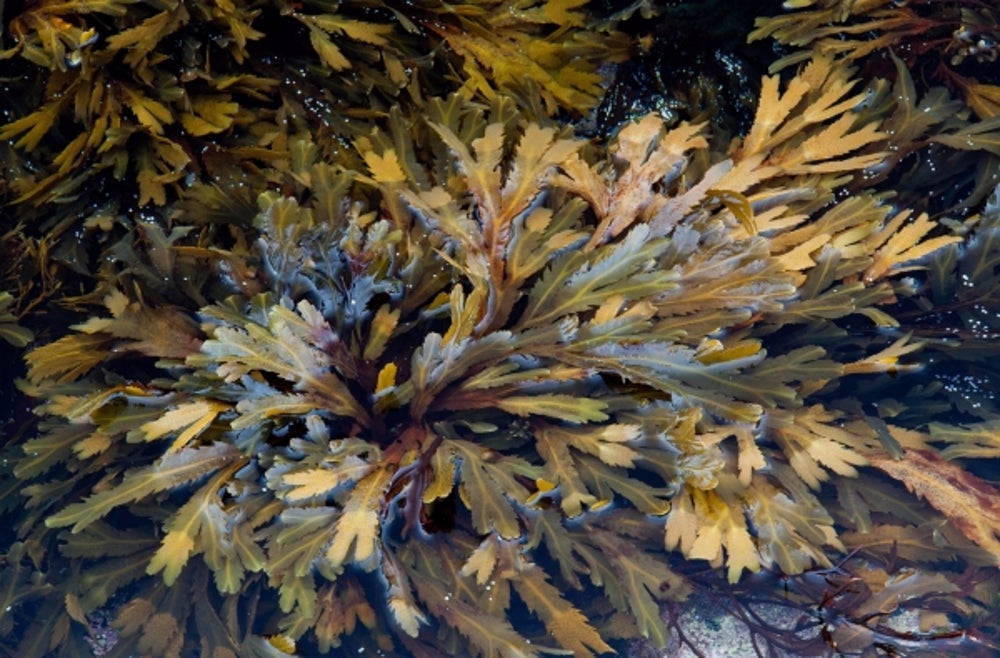 Chris Langdon and fellow researchers at Oregon State University's Hatfield Marine Science Center have spent the last 15 years growing a strain of red marine algae, called dulse, which tastes like bacon when cooked. There are no commercial operations that grow dulse to sell as a food in the U.S. However, Langdon may be in the position to lead the way, producing seaweed that has twice the nutritional value of kale. 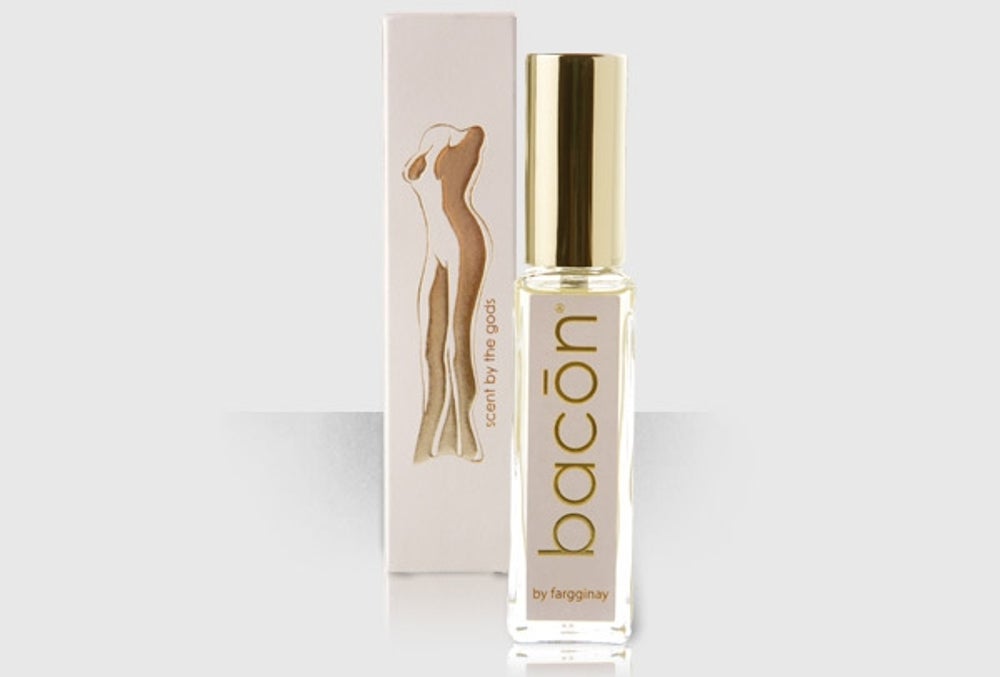 Quirky fragrance company Fargginay describes "Bacon Classic" as a sophisticated fragrance designed for men and women. For those who want a more delicate scent, the company also sells "Bacon Gold," a citrusy aroma with a hint of bacon. 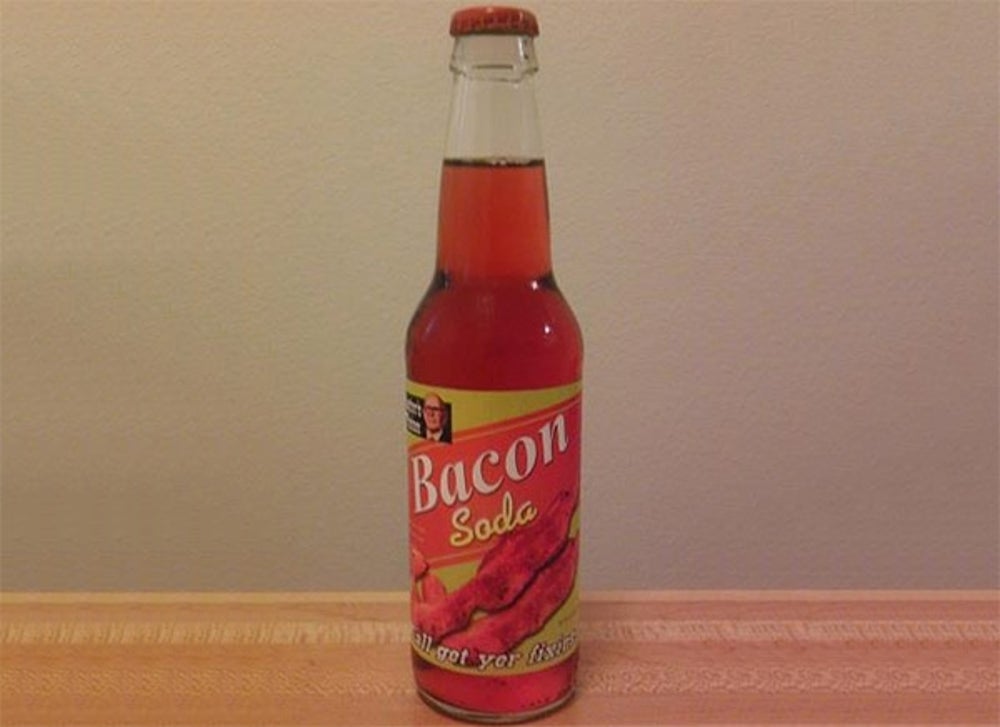 Rocket Fizz is a soda pop and candy shop known for crafting flavors to fit customers' most bizarre cravings. In addition to bacon soda, the company's also sells sodas in flavors such as buffalo wings, ranch dressing and sweet corn. There’s nothing like a savory soda to quench your thirst. 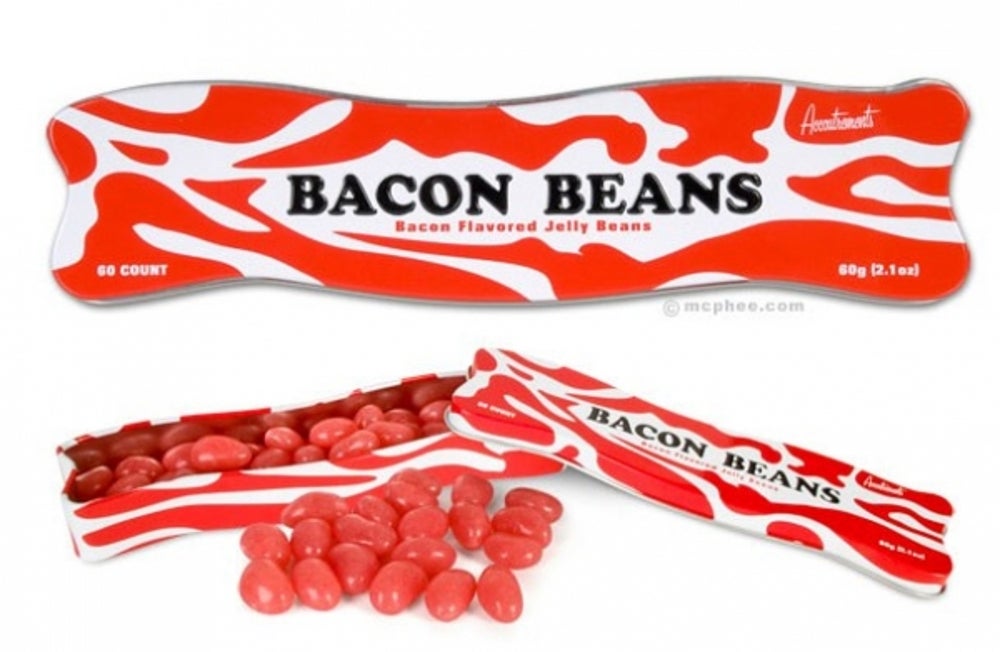 These jellybeans are all about the bacon, too. "A meaty treat that contains no meat," reads gift shop Archie McPhee's description of the product. "Not quite as tasty as real bacon, but better for your arteries." 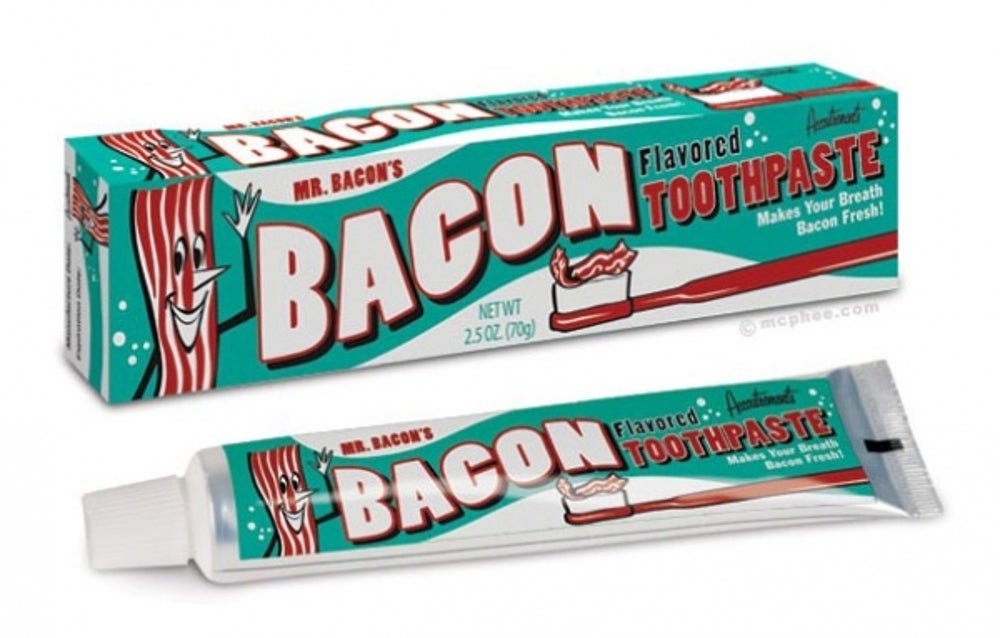 If Archie McPhee's bacon jellybeans don't fulfill your bacon cravings, maybe the store's bacon toothpaste is more your speed. The company promises the 2.5 oz. tube of toothpaste is easier to use for brushing than real bacon -- and more likely to be endorsed by the American Dental Association. 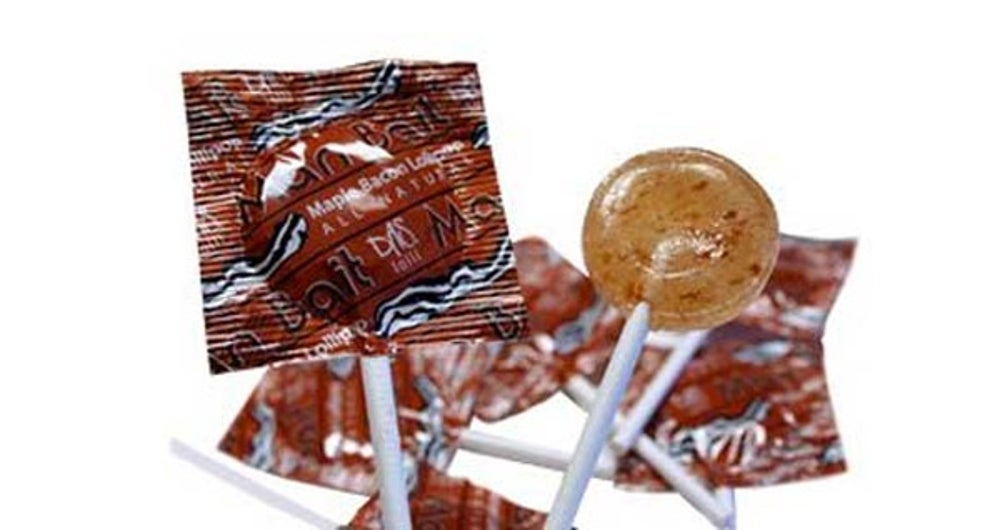 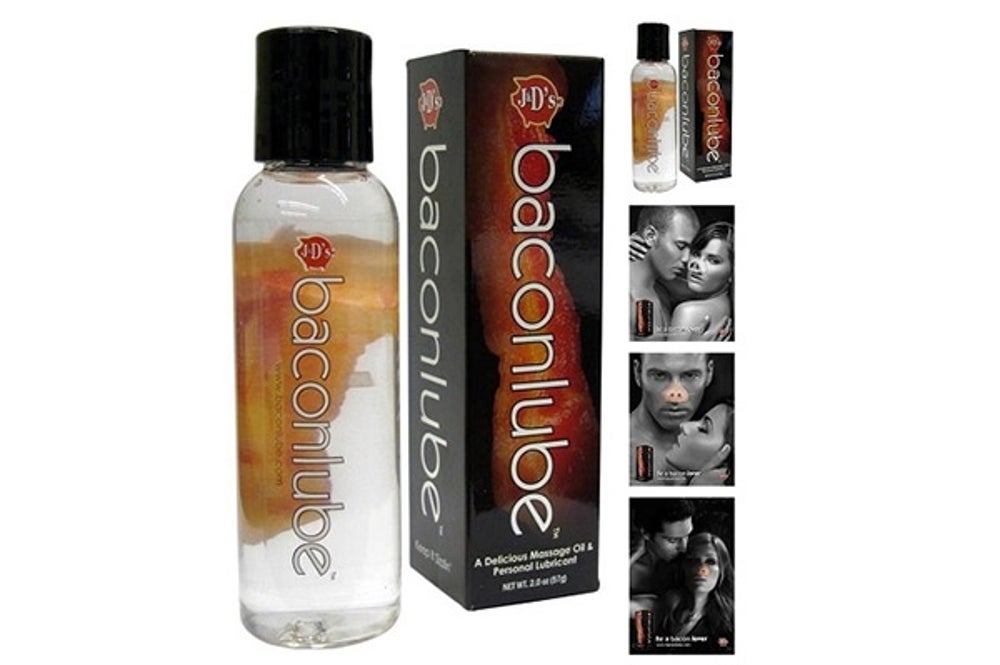 Baconlube began as an April Fool's joke, but became an actual, $11.99 meat-flavored massage oil when thousands of bacon lovers aggressively requested that the bacon-focused J&D's Foods make the prank a reality. In addition to this bacon-flavored massage oil and personal lubricant, J&D also sells bacon condoms.

Who knew bacon could be so much fun?

Related: The Secret Menu Items at Your Favorite Restaurant Chains 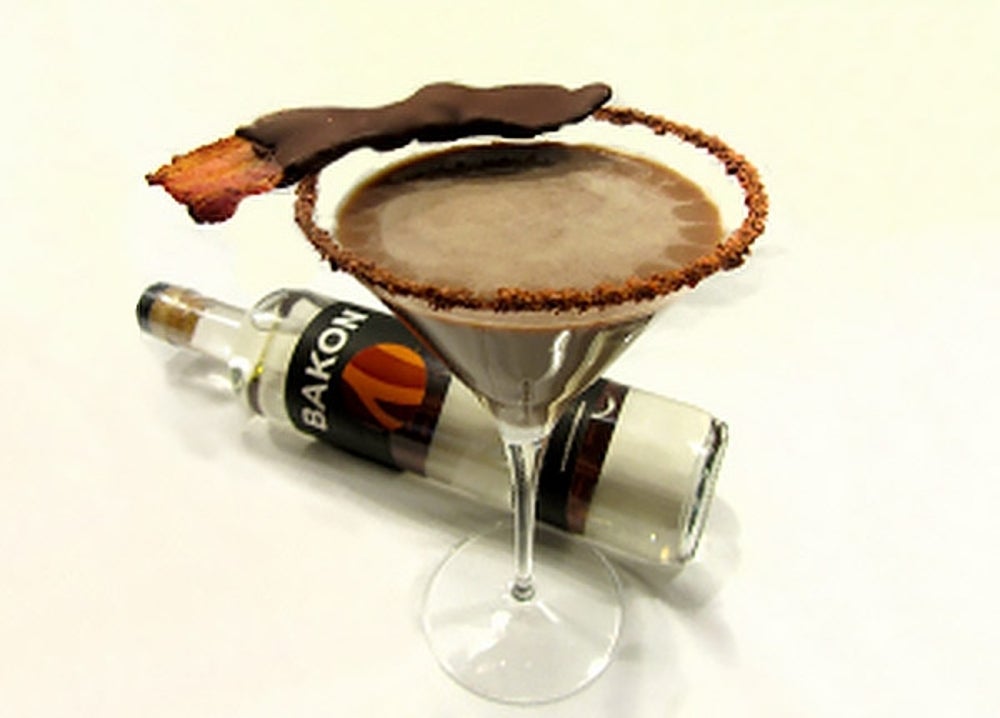 The creators of Bakon Vodka claim to have started testing various savory infusions in 2007, searching for the "one true 'Bakon Vodka.'" Today, they believe to have done just that, crafting a vodka recommended to be used in Bloody Marries, chocolate martinis and even "Pizza Shots." 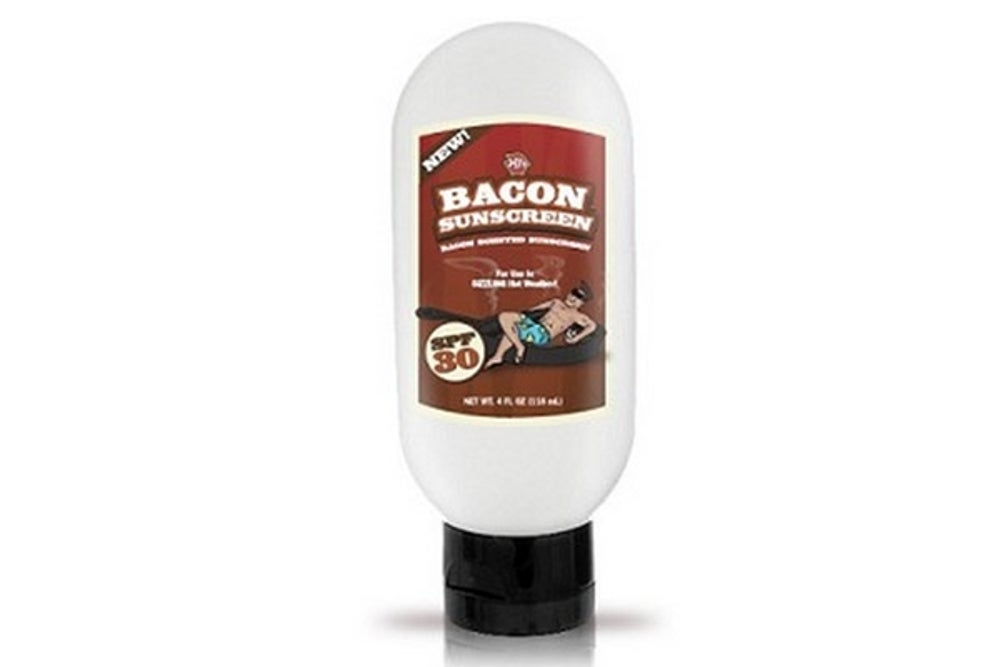 J&D's has a new way to protect your skin while you fry like bacon in the sun. The sunscreen is SPC 30, and will make you smell like bacon as you tan without becoming burnt to a crisp. 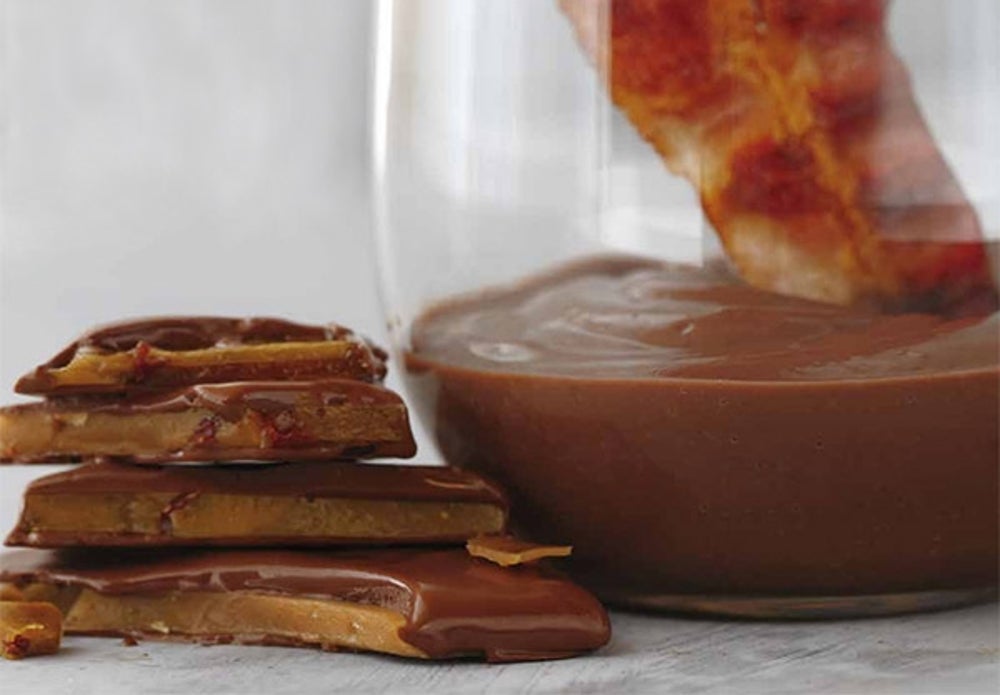 Compared to other bacon-flavored offerings, chocolate is relatively tame. However, if you have a craving for the specific mix of sweet and salty, Vosges has a wide selection of options including bacon chocolate chip pancake mix, bacon caramel toffees and a milk chocolate pig filled with bacon.

Do the math. Bacon + chocolate = heaven. 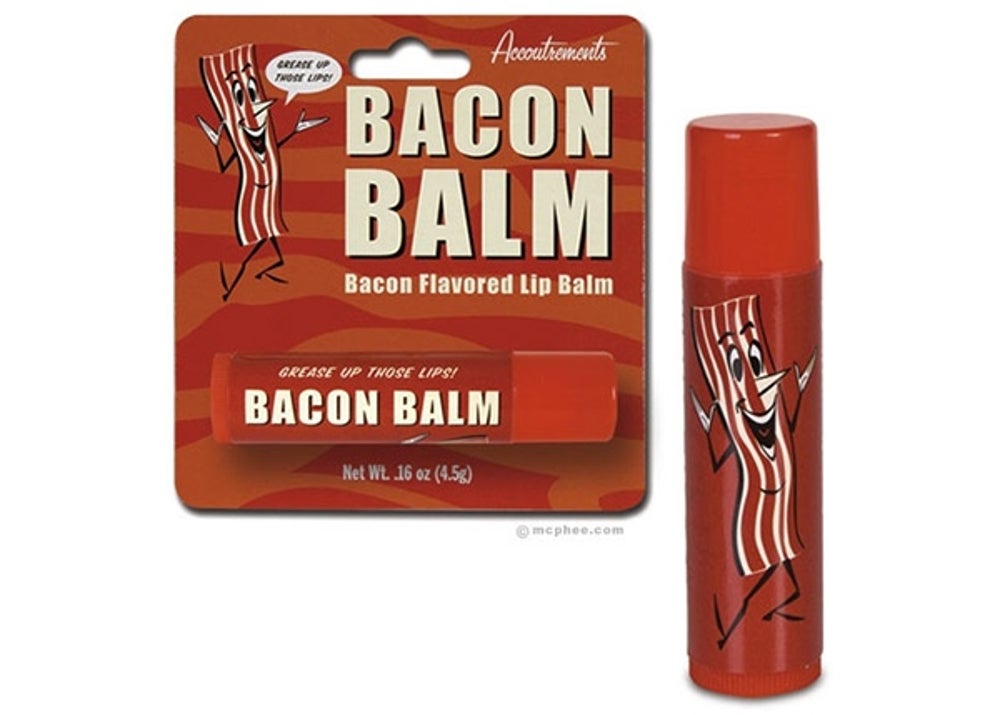 Bacon flavor on your lips, without having to consume even a single calorie. Archie McPhee recommends the lip balm to vegetarians who miss the lip smacking taste of true bacon. 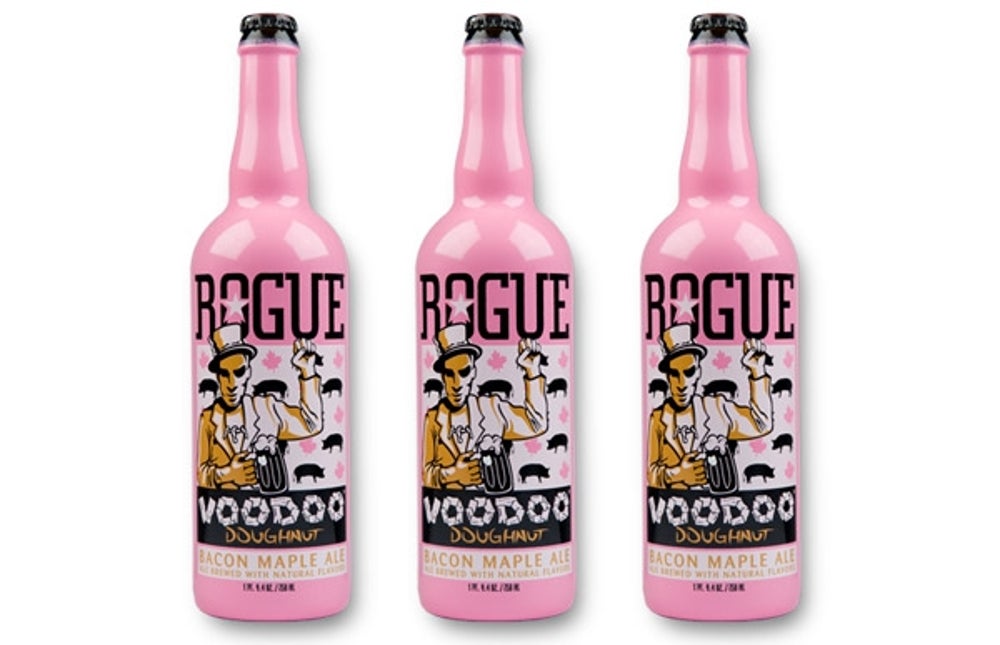 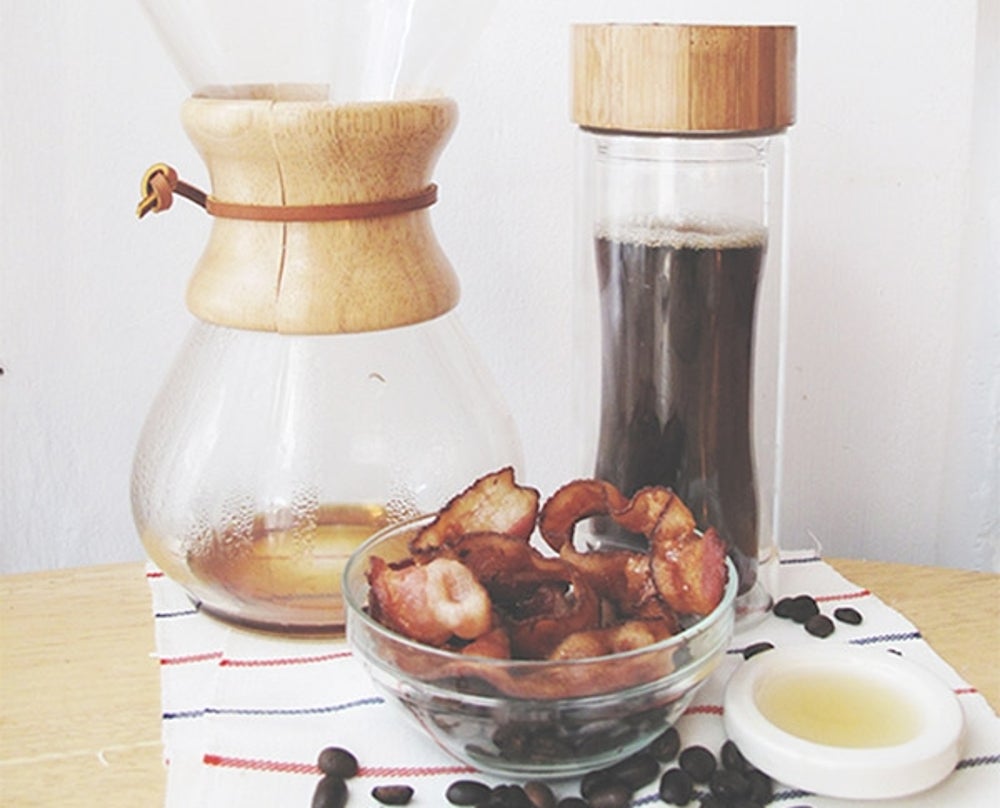 If you wake up craving bacon every morning, it might be time to switch out bacon and eggs with bacon-flavored coffee. The combination is becoming increasingly mainstream, with options like Bewdly's Maple Bacon Deluxe Smoke Coffee and Boca Java's Maple Bacon Morning Coffee.

Drift off to a night of "sweet bacony dreams" with a pillow embedded with the scent of bacon. J&D's claims the scent should last six to 12 months -- just don't try to eat it in your sleep. 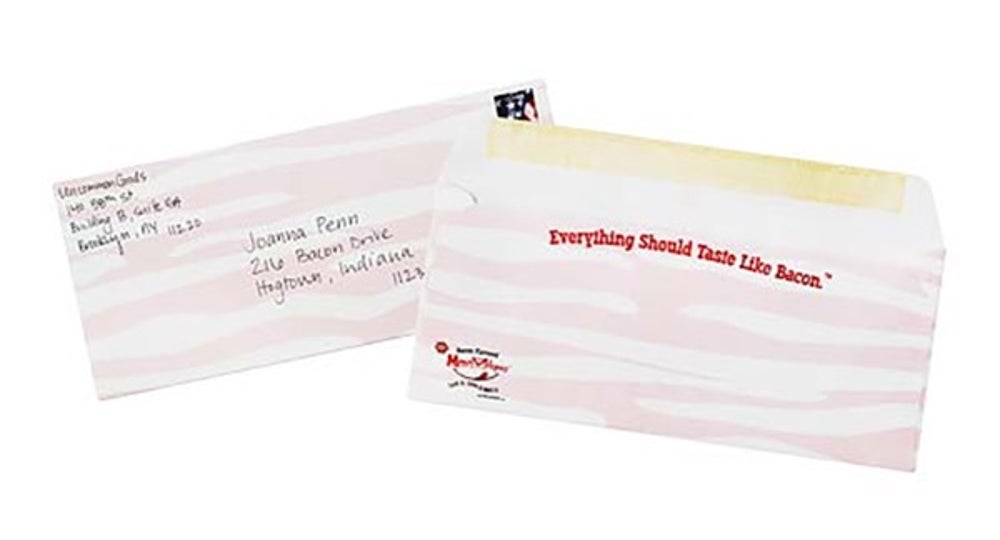 The ideal present for bacon lovers who send lots of snail mail, Uncommon Goods sells sets of 25 lick-to-seal bacon-flavored envelopes. Question is, do they make your mail smell like bacon, too?