The 10 Fittest Cities for Millennials

Stay informed and join our daily newsletter now!
Sara Jayne Crow
May 2, 2016 6 min read
Opinions expressed by Entrepreneur contributors are their own.

A deep research dive has uncovered the most wired-in, tech-friendly cities with access to fitness classes, bike trails, outdoor fitness options, healthy fast food and generally happy residents. LIVESTRONG.com referenced all sorts of polls and studies, such as the American College of Sports Medicine American Fitness Index (AFI) Rank of cities, Best Cities for Millennials, the top bike-friendly cities via Bike Score, WalkScore ranking and the Gallup polls for the happiest and healthiest cities. We also factored whether the cities have access to ClassPass or boutique fitness studios like SoulCycle or Pure Barre, as well as healthy fast food options like Lyfe Kitchen, Sweetgreen, Veggie Grill or Tender Greens. Livestrong weighed all these factors to arrive at the top 10 fittest cities for millenials. 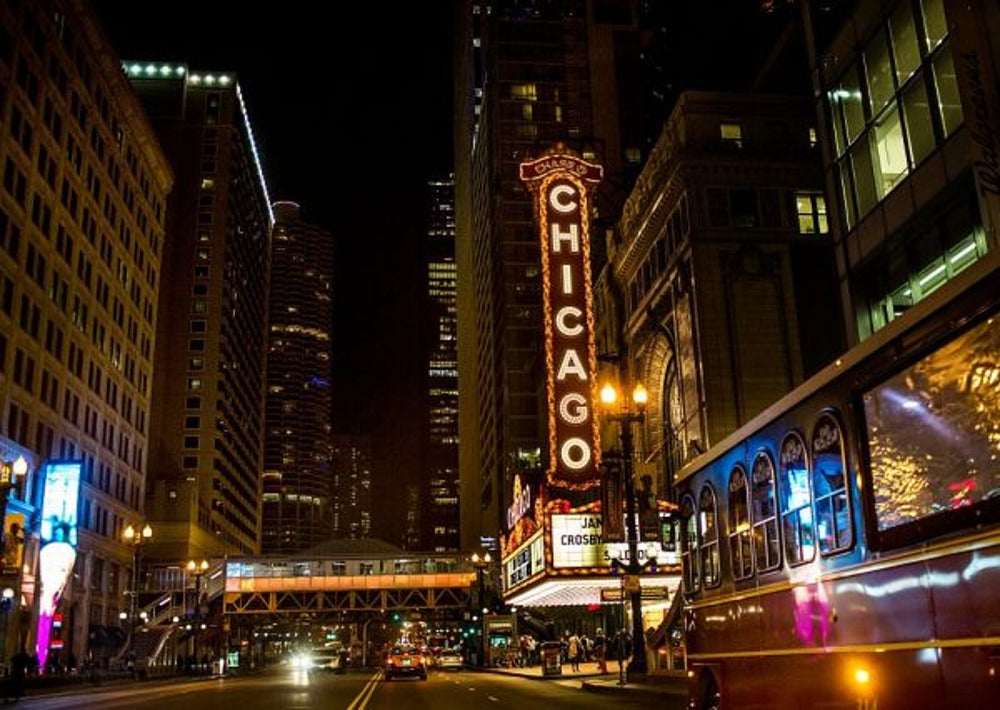 Chicago is a bursting metropolis. An affordable lifestyle and low rent meet with the various big-city accoutrements most associate with New York living. Large ateliers, fashion houses, and Fifth Avenue fashion are available both downtown and on Rush Street. Boutiques and independent retailers line the streets of Bucktown and Wicker Park. A well-developed public transportation system and Chicago Transit Authority trains make getting around painless, and even so, the city is very walk-friendly. Great outdoor trails line Lakefront Trail at Lake Michigan and at the relatively new 606 Trail, a nearly three-mile stretch connecting Ashland Avenue to Ridgeway Avenue along what was formerly the Bloomington Rail Line. 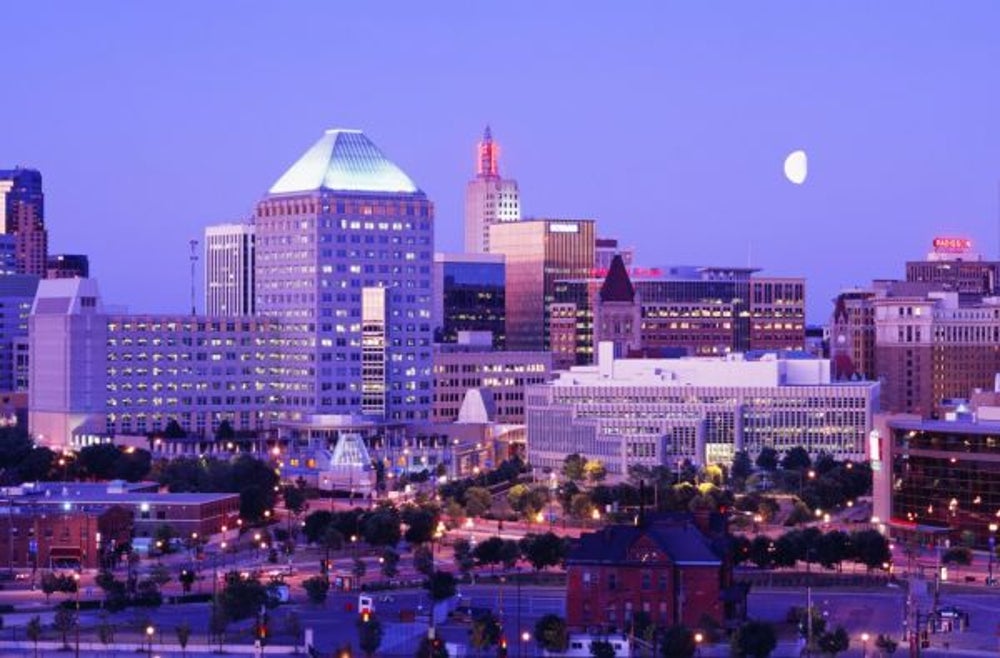 St. Paul, the smaller burg adjacent to Minneapolis and one half of the Twin Cities, is known for great music venues, fun nightlife, plentiful bars and fine dining. The Amsterdam beer hall is known for a wide selection of microbrews and Belgian beer, as well as bar food (with a few healthy options), as well as a roster of live music and storytelling performances on weekends. Charming independent retailers, vintage shops, record stores and vegan restaurants surround the Grand Avenue area near Macalester College and Concordia University. Athletic Clubs abound, from small yoga studios to large-scale and expansive mega-gyms. 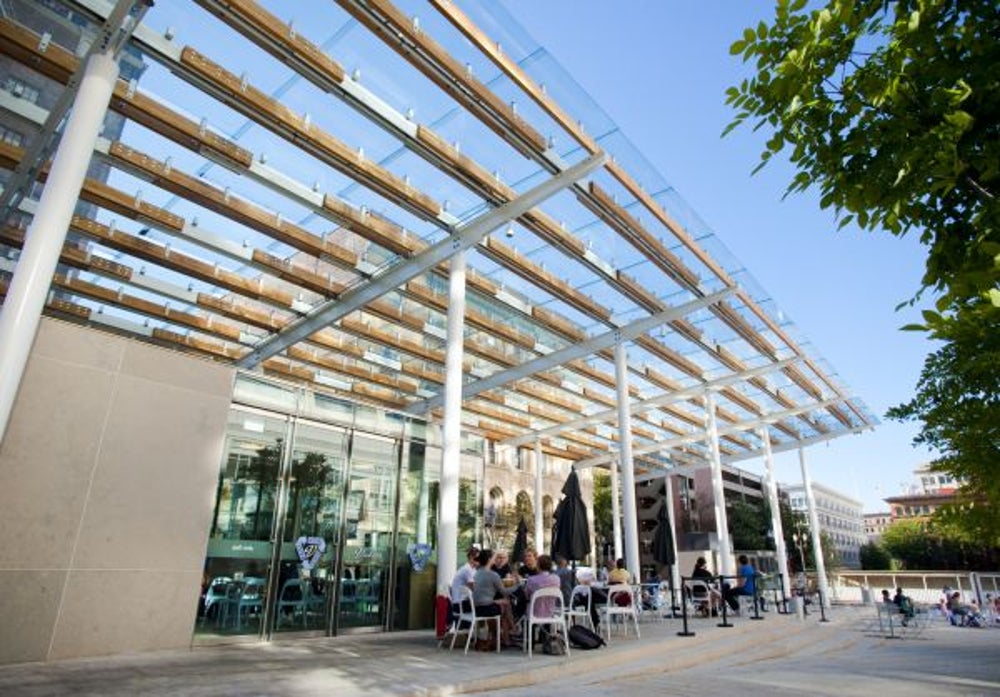 Portland, like its neighbor Seattle about three hours to the North, is a Pacific enclave that’s home to a number of technophiles. Coffee shops offering carefully poured and superlatively roasted espresso beans, along with free WiFi, abound, especially in the area of Buckman, which scored very high on the hipster scale, with almost 43 cafes, over 8 yoga studios, and over 50% 20- and 30-somethings per 10,000 people. Portland has a variety of great live music options centered around the Jupiter Hotel, a renovated midcentury modern motor lodge, and the adjacent Doug Fir Lounge, a rustic and wood-lined restaurant, bar and music venue. 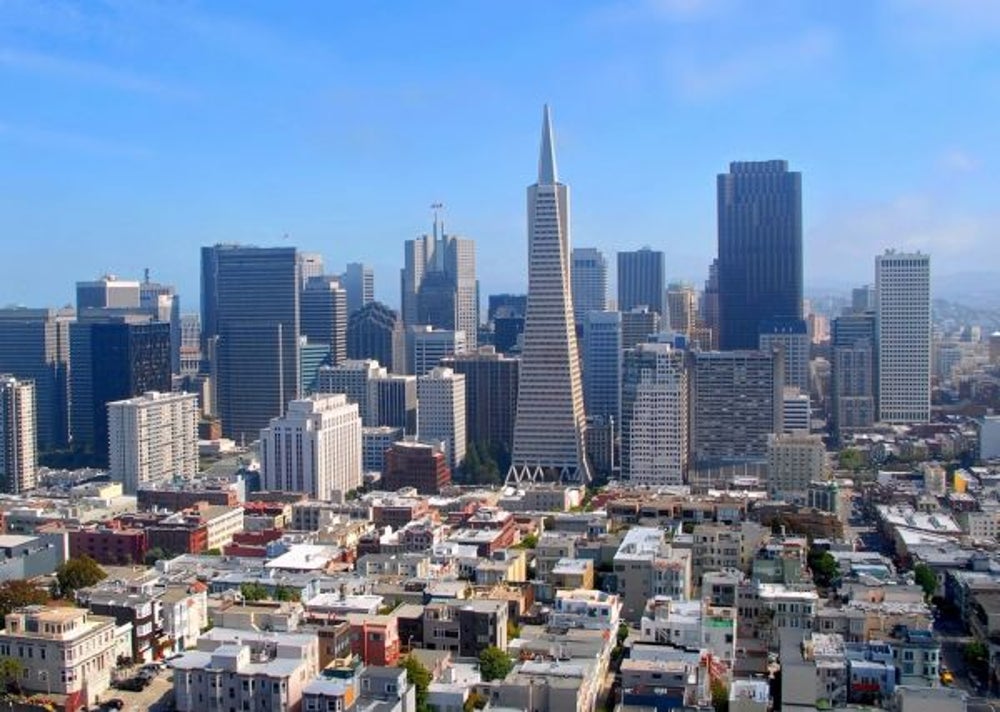 Oakland is only about seven minutes from San Francisco via BART transportation, but feels worlds away in mindset (and on most evenings, when the city’s transportation stops running). The city offers far more affordable rents than its larger counterpart across the Bay, emerging from a difficult period during the ‘90s and early 2000s when it was known for gang violence, depressed neighborhoods, and vacant commercial spaces. Today, the Telegraph Hill area is booming with independent businesses and restaurants focused on microclimate and organic food menus. Developers purchase commercial buildings to create co-working spaces such as Impact Hub, a co-working space for companies building positive impact, and Oakstop, a combination shared office space and gallery. 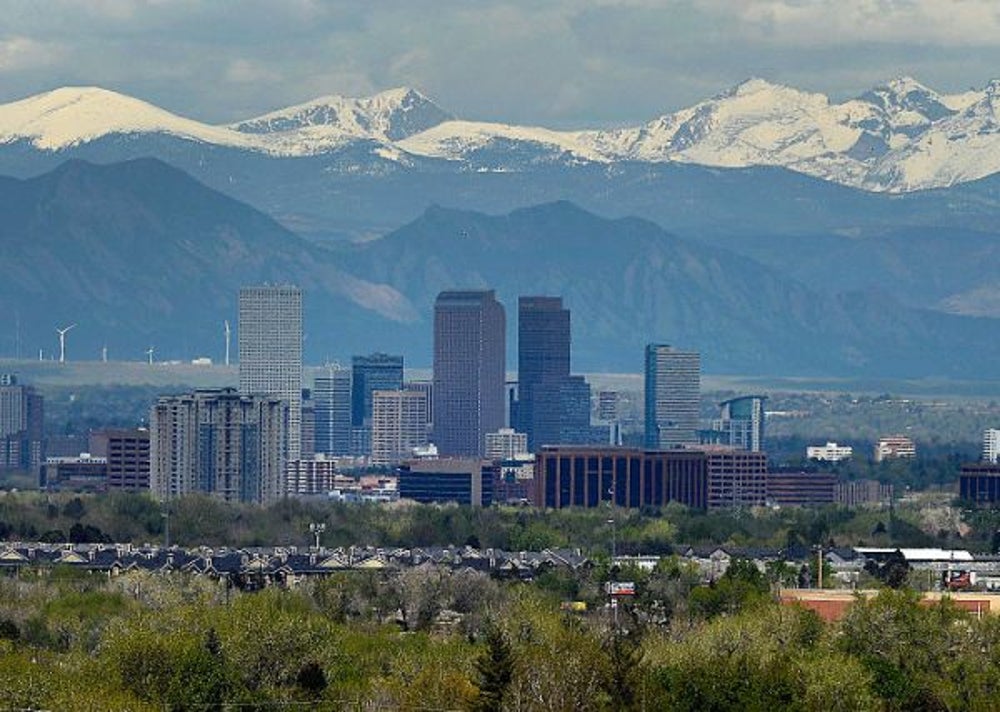 Denver is both a quaint city nestled in the shadows of mountains and a busy metropolis host to a number of tech jobs. Breckenridge, Boulder, Colorado Springs and Aspen are all within a quick drive away, so Denver is an ideal location for winter sports such as skiing, cross-country skiing and snowboarding. The city itself is quaint, with architectural relics of the Old West, plentiful breweries, and several bike paths connecting the central city to its outskirts. The River North Art District was a former industrial area that now is home to art galleries, urban agriculture shared gardening centers and studio spaces. 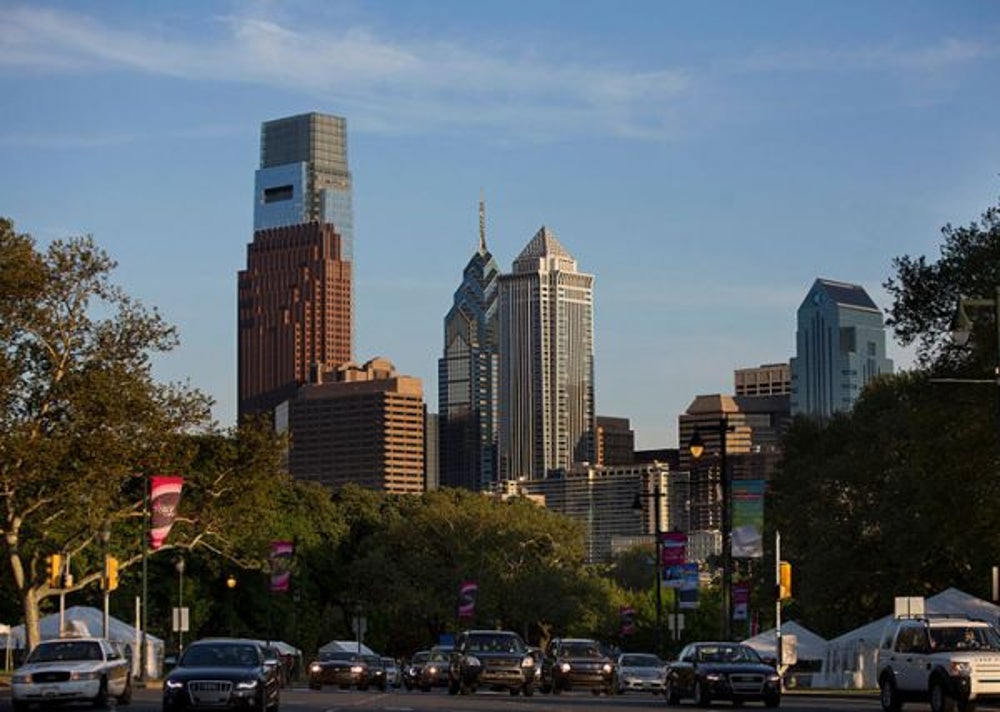 Philadelphia is a visually stunning city, with ample waterfront areas within view of the highrise-lined downtown. The Kensington and Fishtown areas are vibrant neighborhoods home to many galleries and mom-and-pop stores best enjoyed on the first Fridays of the month, when galleries open their doors for art walk events. The show venue Johnny Brenda’s is a concert venue with performers as varied as country rock bands to deejays. The Italian Market in South Philadelphia stretches 10 city blocks and is one of the largest and oldest open-air markets in the United States. 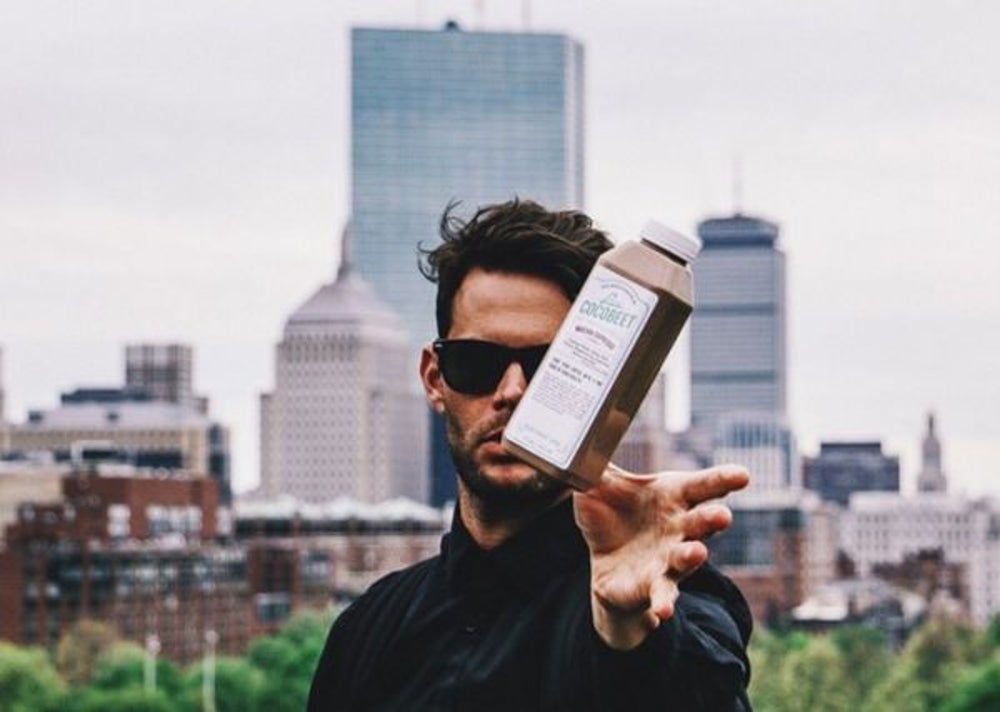 Boston is the highest-ranked cities for hiring those under 35 in the United States, with companies like Boston Consulting Group hosting 63% of millenials in their workforce. Boston also has a number of great co-working spaces and incubators, such as WeWork, Impact Hub, The Food Loft (specifically for food tech start-ups) and Hatch-Fenway, a co-working space for companies with “disruptive ideas.” Healthy workplace, food options, and fitness options are everywhere. Fast and fit purveyors Sweetgreen, and vegan juicer and salad restaurant Cocobeet are just a sampling of the tasty and healthy options in Boston. 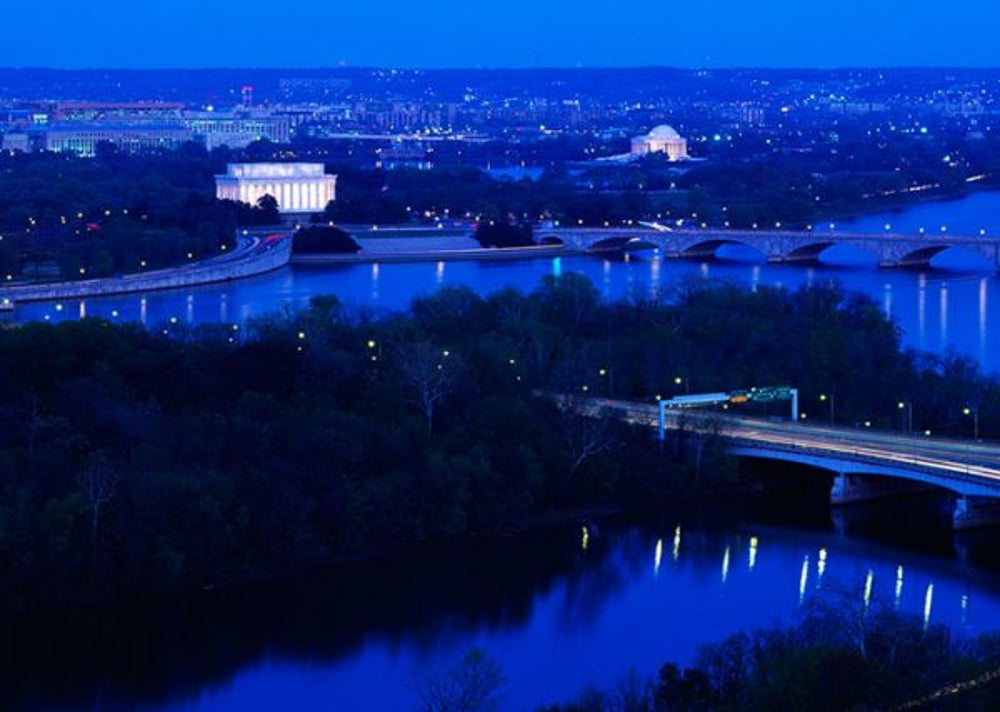 Our nation’s capitol has so much more to offer than historical buildings, The White House, monuments and museums. Beyond the National Mall’s cluster of museums and artifacts, including the Smithsonian Institution, National Air and Space Museum, National Museum of American History and other sundry destinations, the city’s nightlife twinkles with opportunities to see live music ranging from jazz to rock. The U St. NW region is teeming with music options, and clubs like Blues Alley and the DC9 nightclub round out a full list of venues. The city even hosts Millenial Week, a conference created by, and catering to, thought leaders and influencers under the age of 30. 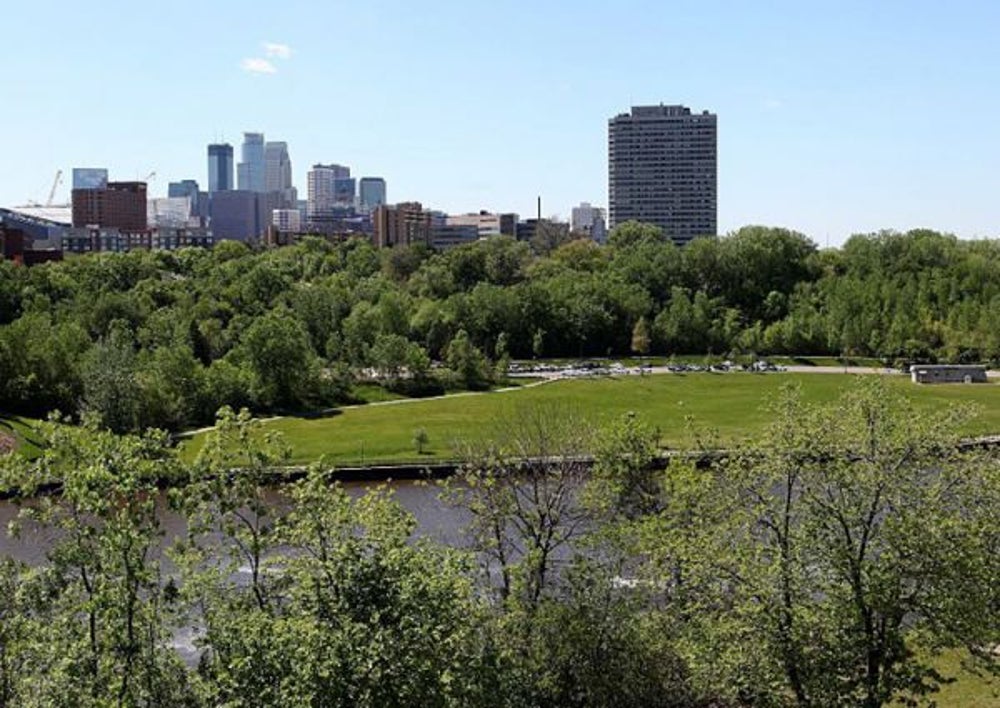 “Welcome to Paradise.” So reads the wooded carved archway beckoning would-be drinkers and revelers into Psycho Suzi’s Motor Lounge, a bar and live music venue in Minneapolis promising swizzle stick imbibing via massive tropical-themed drinks and a camp ‘60s Hawaaian tiki theme, all with a “passive- aggressive mixture of bad taste and good Minnesota hospitality.” So goes the entertainment in Minneapolis—it’s a little left of center, and a very welcome anachronism. The city is booming, with a resurgent economy and affordability attracting a number of would-be entrepreneurs. And being fit is also easy, with plentiful fast and healthy food options and gyms. Natural and organic eateries like Good Earth entertain a growing number of health-conscious customers. 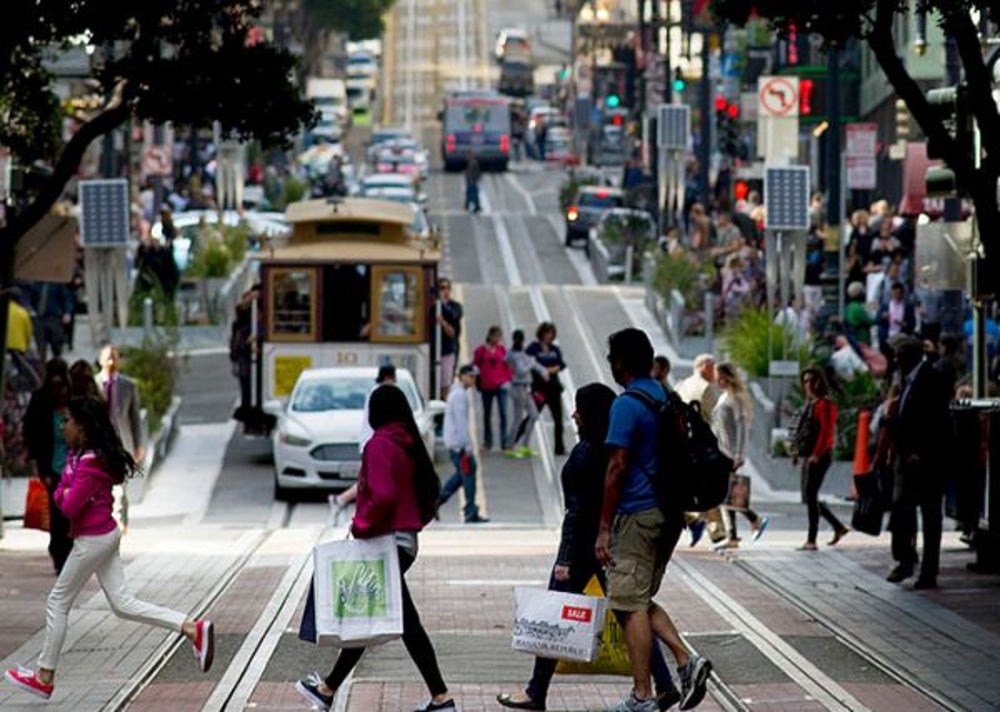 And… drumroll! San Francisco wins as the best destination for millenials. Despite sky-high rents, a steep cost of living and few sunny days, the city is still one of the most walk-able, bike-able and convenient destinations for the technophiles and fitness-friendly. As with the HBO show of Silicon Valley, the San Francisco area is home to many start-up companies, and continues to outpace most American cities as the entrepreneurial hub of the technology industry. And ‘Frisco, as residents refer to it, has sprawling acres devoted to green outdoor public spaces -- great spots for outdoor workouts -- including the massive Golden Gate Park with 1,017 acres of lush green, and The Presidio, a former army post overlooking the Bay.