Newsflash: Racism isn’t funny, cute or marketable. It’s deplorable. So is misogyny and homophobia, yet somehow some of the world’s biggest brands missed the memo.

From viciously condemning coming out as gay, to blatantly endorsing the violent degradation of women, to making light of suicide, these brands totally blew it. They beyond crossed the line, sullying their reputations, alienating customers and outraging entire groups of people. So, no, a superficial “Whoops, we’re sorry,” doesn’t begin to cover it.

As a reminder of what not to do -- which you’d think would be unnecessary at this point -- here are 10 disturbingly offensive ads that recently landed big brands in big trouble. Heads up, some are NSFW.

Ikea displays a photograph of a boy with a Hitler-esque finger mustache. 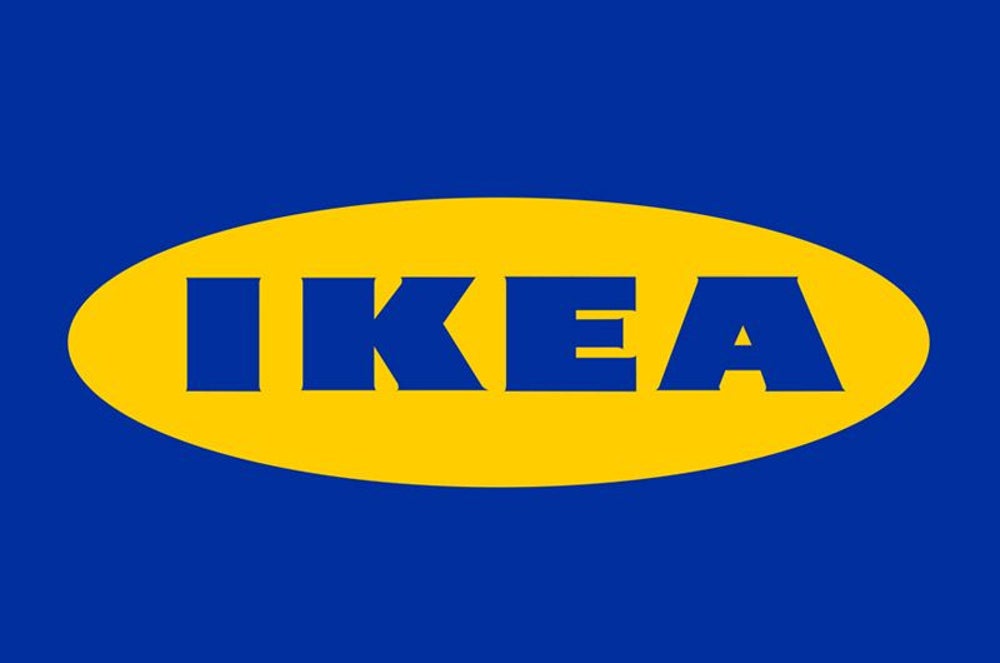 As a company based in Europe, you’d think Ikea would have exercised more caution before featuring a photograph of a young boy who looks as though he is mimicking Hitler in one of its bedroom displays.

Ikea customer Stevie Davies Evans saw the display in the Cardiff, Wales, Ikea store and tweeted the image -- a black and white portrait of a young boy holding his finger under his nose as a pretend mustache -- to draw attention to the negative connotation the pose evokes.

@IKEAUKSupport Saw this in a "Bedroom" in your Cardiff store yesterday. Inappropriate much? #Hitler #Salute pic.twitter.com/AvXjjhlqYz

The framed photograph was immediately taken down and Cardiff store manager Richard Owen addressed the matter in a statement to Wales Online: “We can confirm that a photograph that could cause offence to some of our customers was found in our store. We often use photography to illustrate life at home in our room sets and as soon as we were made aware the image was immediately removed. We apologise for any offence the image may have caused.” 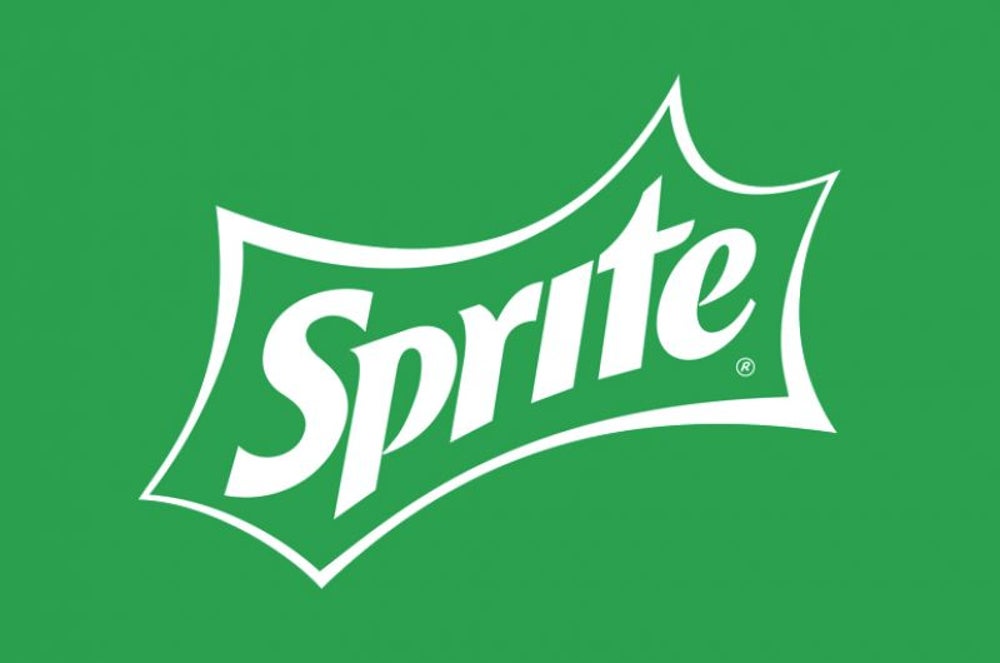 What part of obeying your thirst includes “slut-shaming” and women-hating? That’s what outraged women in Ireland are asking themselves this week after getting a shocking eyeful of Sprite’s so-called #BrutallyRefreshing ad campaign. More like #BrutallySexist, says pretty much the entire internet.

The consumer backlash erupted after the Coca-Cola Company-owned soda-maker posted billboards in the Emerald Isle and ads online that dole out repugnant misogynistic “truths.” We’re talking bro-culture gems, such as “You’re not popular, you’re easy,” “A 2 at 10 is a 10 at 2!” and “She’s seen more ceilings than Michelangelo.” Apparently Sprite is “up for whatever” a la Bud Light. Go home, Sprite. You’re drunk.

Sprite apologized for the sexist ads, but the brand damage was already done.

Quizno’s turns a toaster into a sexual harassment machine. 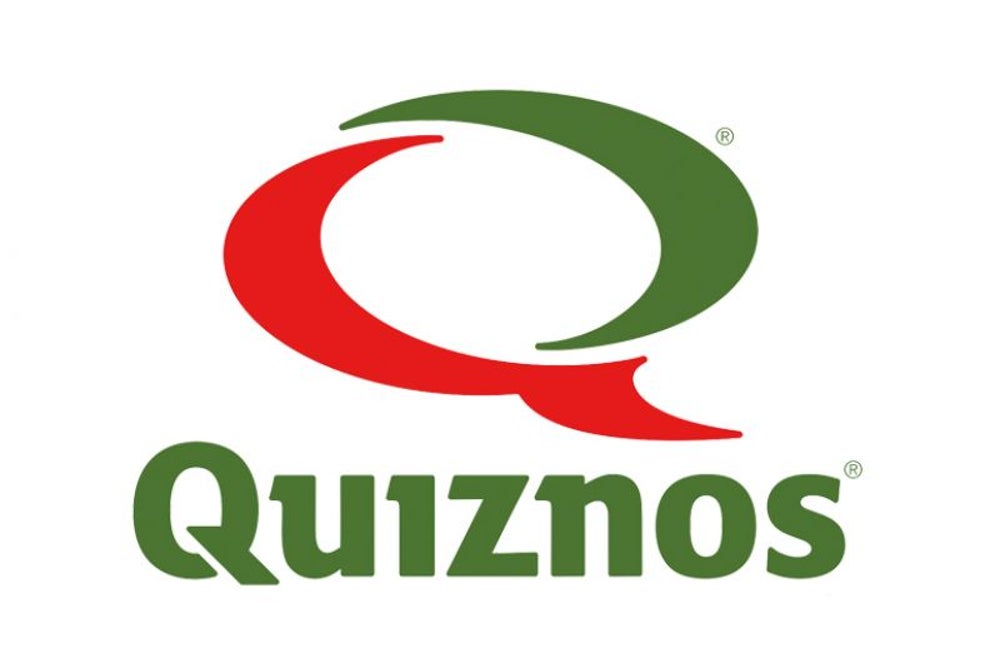 “Get on up, like a sex machine.” James Brown made that steamy line famous. Quizno’s apparently took the late Godfather of Soul literally. In 2009, the sub chain got its creepy sex machine on in a 30-second commercial featuring a talking toaster oven that obviously had the hots for an employee. “Put it in me, Scott,” the machine moans in a deep, sultry voice. “Say it sexy,” it eerily says unsexily. But the employee isn’t having it, responding with, “I’m not doing that again. That burned.” What a “Toasty Torpedo” it must’ve been. More like tasteless.

See the awkward ad for yourself. 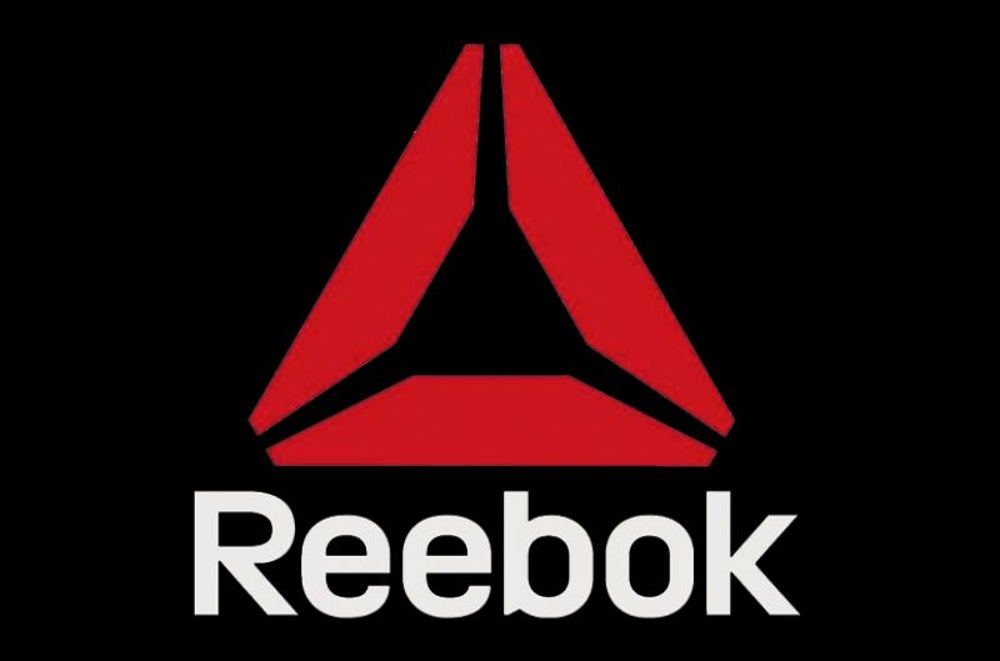 Working out is hard. So is staying true to your boo. If you must pick one over the other, always choose your workout, said Reebok in this ridiculous ad. The legacy athletic footwear and apparel giant ran into trouble in 2012 for an advertisement that heralded this sage advice: “Cheat on your girlfriend, not on your workout.” Yeah, priorities guys -- or not.

The Adidas-owned brand backpedaled after consumer complaints littered the interwebs. The usual terse apology was issued and the ads yanked. Hopefully, no moral compasses were too terribly harmed in the ordeal.

Antonio Federici goes too far by putting priests too close together. 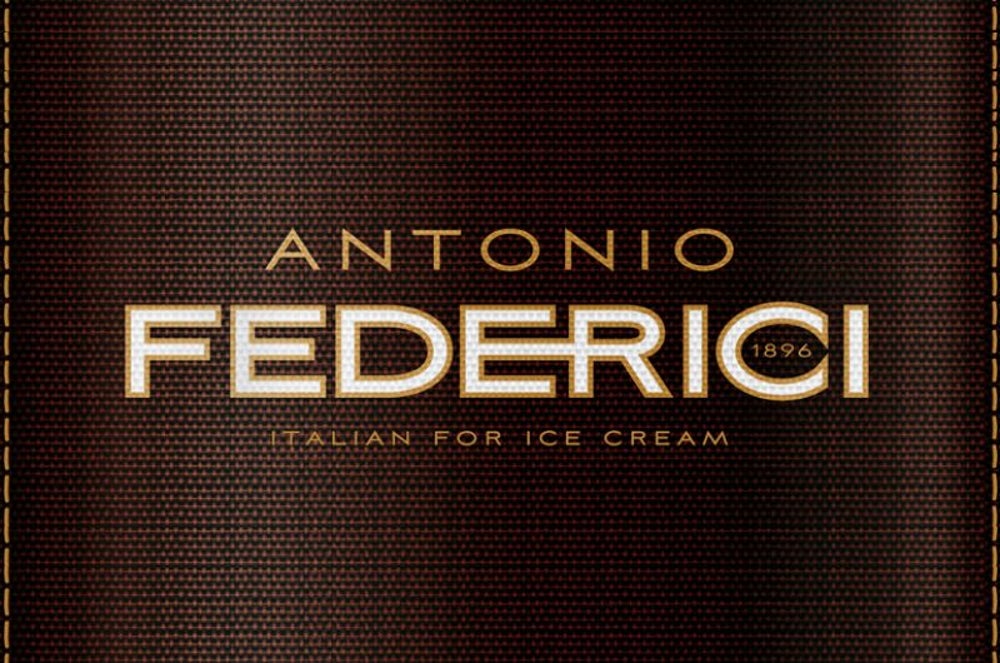 Imagine this: Two gorgeous Catholic priests on the verge of a passionate kiss. How’s that for shock value? Antonio Federici Gelato Italiano hoped it was enough to move you to put its heavenly frozen delights on the tip of your tongue. The controversial image, featured in a 2010 ad in the United Kingdom for the premium gelato, was offensive enough to be banned by the country’s Advertising Standards Authority.

The advertising sin isn’t the only one Federici’s committed. The Italian ice cream- and gelato-maker “immaculately conceived” another religious sanctity-slaughtering advert in 2010. It depicted a pregnant nun “submitting to temptation.” Oh, and there’s also that other Federicia crash-and-burn, the one showing a nun with her bare thigh wrapped around a chiseled shirtless priest.

Trust this former Catholic: There aren’t enough Hail Mary’s to cover Federici’s advertising sins. Not that its “mad men” would reach for a rosary in an Act of Contrition anyway. The company has repeatedly denied that it ever offended anyone, citing its obvious restraint. Never mind that its racy mockery of Catholicism is basically sacrilegious.

Related: The CEO of Carl's Jr. Doesn't Care If You're Offended by the Chain's Sexy Ads 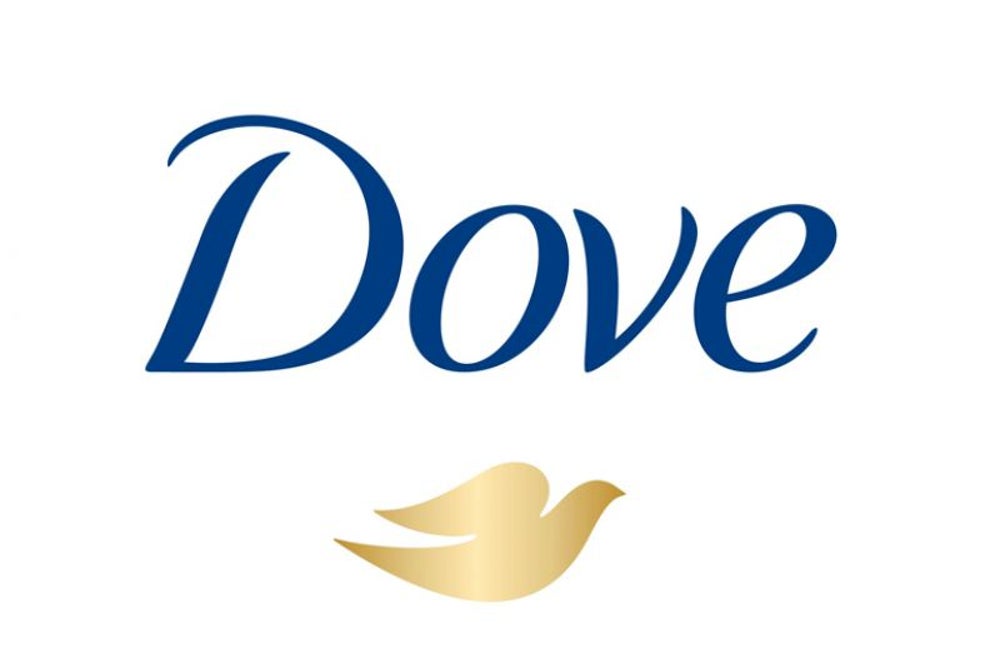 Dove excels at telling ladies what to do with and think of their bodies, and it’s not at all preachy or anything. Hey, girls, “You’re more beautiful than you think,” the Unilever brand assures. “Fat or Fab,” “Withered or Wonderful,” don’t sweat it. “All you needs is Dove.” And you apparently need to lighten up and lighten your skin, too.

That’s the message some heard loud and clear in 2011 after seeing an arguably racially-charged Dove VisibleCare body wash magazine advertisement. The promotion showed three women with varying skin tones standing in towels in front of “before and after” skin swatches. Interestingly, Dove, which persists in implying that dark skin isn’t “normal,” never officially claimed responsibility for the campaign, remaining mum … for once. 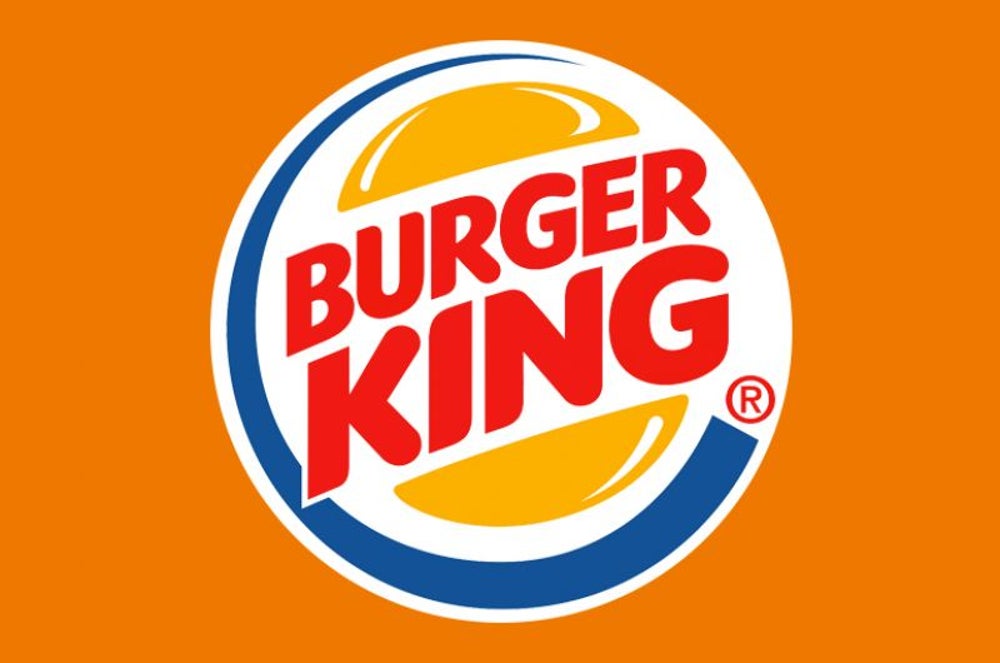 Open your hungry mouth and say “ahhh.” Burger King has a special oral treat for you -- seven long, tantalizing inches of cheeseburger to suck on. “It just tastes better,” or so said a sexually unsubtle ad the fast-food giant circulated in 2009.

The risqué campaign, which made the rounds in largely conservative Singapore, showed a performance artist-model opening her stoplight-red-lipsticked mouth to receive a super suggestively shaped burger. The model, who said five years after the campaign that Burger King never sought her permission to use her face in the “Blow Your Mind”-themed ad, claimed in a seething YouTube video (since designated as private) that the company “raped my face.”

We don’t blame her for fighting back. We’re not eager to “fill” our “desire for long, juicy and flame-grilled” meat either.

Flora compares finding out your child is gay to taking a bullet to the heart. 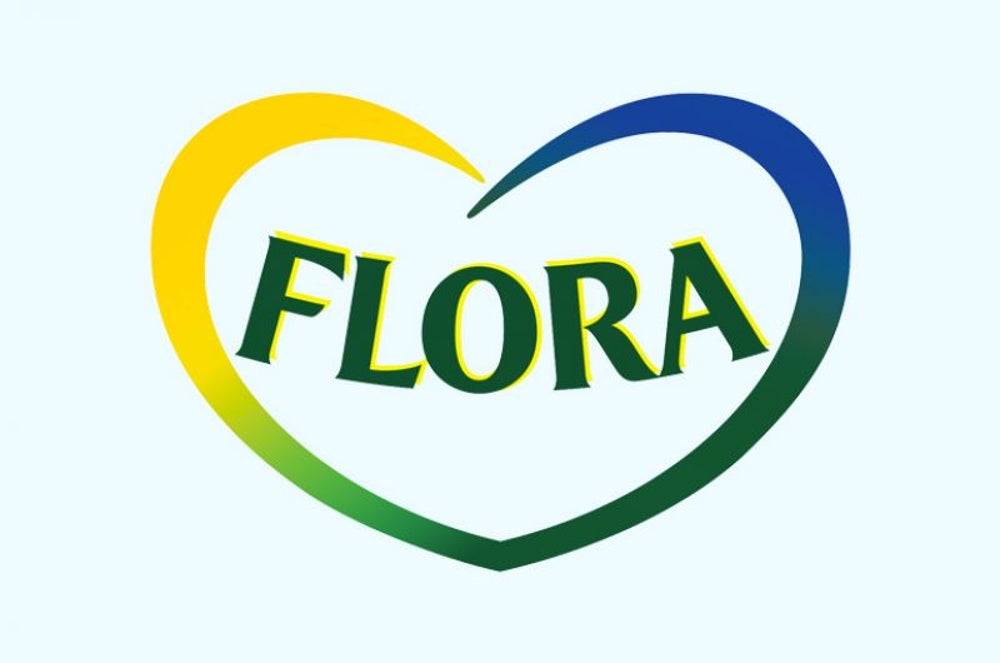 We’d like to think we’ve come a long way with coming out. Flora margarine brand, obviously shamefully behind with the LGBTQ movement, has other ideas about people telling their parents they’re gay.

The Unilever brand suggested in a TV commercial in South Africa in 2013 that coming out is tantamount to -- oh, not much, just shooting your parents in the heart with a bullet. The inflammatory ad, quickly banned amid backlash, depicted an illustration of the words “Uh Dad, I’m gay” in the outline of a bullet that fires into a porcelain human heart sculpture.

Unilever distanced itself from the homophobic spot in a lukewarm apology that blamed an external ad agency and highlighted its support for marriage equality through a Ben & Jerry’s campaign.

Hyundai depicts a suicide attempt to rev up its eco cred. 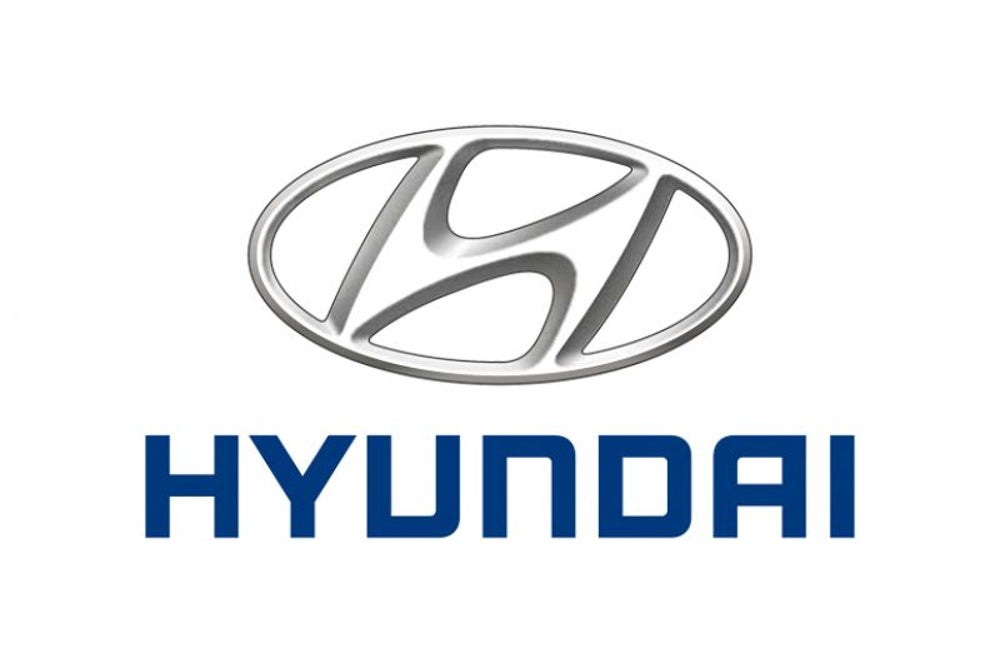 Suicide is nothing to make light of, a fact completely lost on the folks at Hyundai Motor Co. in 2013. That was the year the South Korea-based automaker released a morbid commercial in Britain depicting a man attempting to kill himself by running his Hyundai IX35 with the garage door closed. Thanks to the vehicle’s shiny-happy low harmful emissions output, the guy’s suicide attempt was foiled. Point disturbingly made, Hyundai.

Consumers were quick to call the company out, and as a result, Hyundai apologized and the commercial was pulled down from YouTube.

Yeah, we’d say the company made the right call, though too late, and so would Holly Brockwell. She’s an advertising executive whose father committed suicide in a car in a garage when she was a little girl. “When your ad started to play and I saw the beautifully-shot scenes of taped-up car windows with exhaust feeding in, I began to shake,” she wrote in an open letter to Hyundai. “I shook so hard that I had to put down my drink before I spilt it. And then I started to cry.”

Nivea suggests that African-Americans need to “re-civilize” themselves. 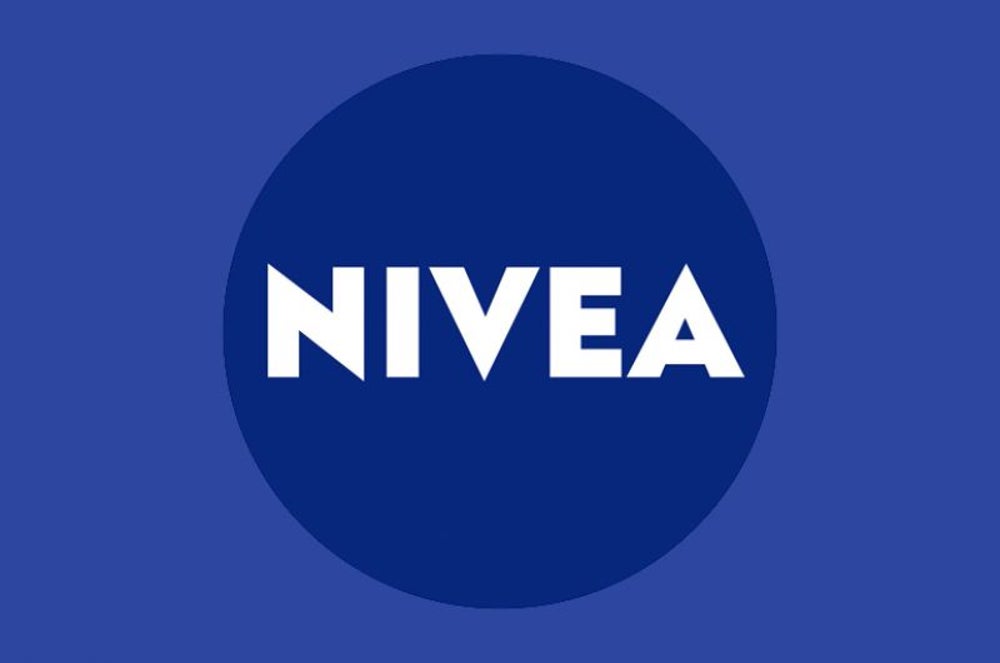 #BlackLivesMatter so much to Nivea that it once appallingly implied that black people get with it and get “re-civilized.” In a blatantly racist ad that ran once -- and only once, per AdWeek -- in an advertorial in Esquire magazine, the German skin care brand depicted a black man clutching the bodiless, afro-topped head of what Nivea apparently wanted consumers to believe was his earlier uncivilized self. You know, before he slathered himself up in life-changing miracle moisturizer and whatnot.

The Nivea for Men ad read: “Re-civilize yourself” and “Look like you give a damn.” Nivea apparently had no damns to give, apart from the usual cold, corporate apology. Sure, Nivea’s deeply sorry. Sure, it didn’t mean it. Of course it doesn’t “tolerate insensitivity.” Hey, sometimes stuff falls through the cracks, right? Perhaps Nivea for Men should take its slogan to heart -- change, “It starts with you.”

Ford puts women in the trunk, bound and gagged. 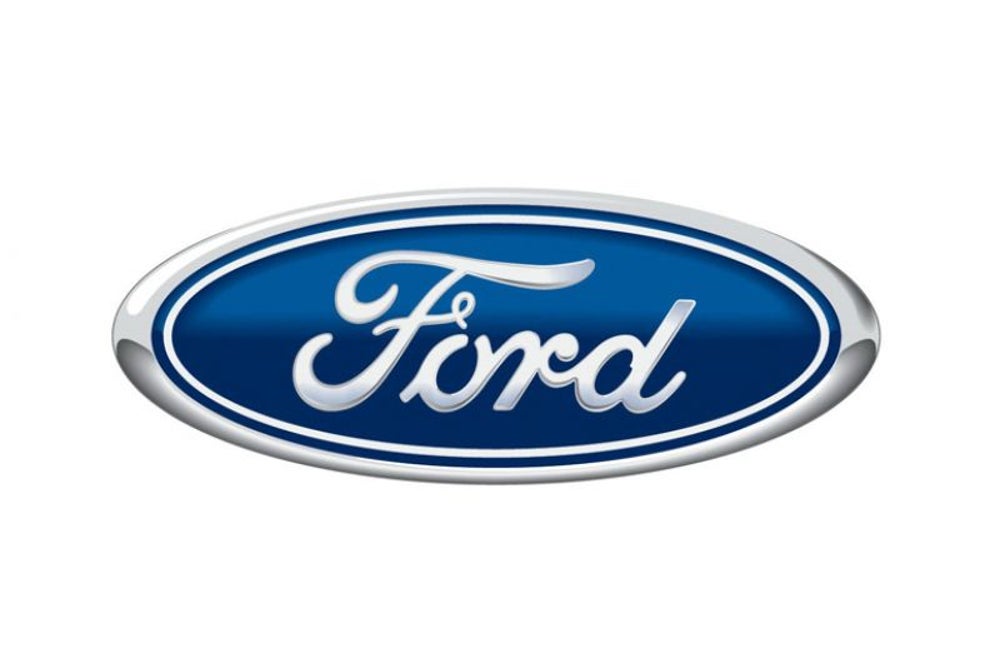 Was Ford smoking tailpipe exhaust when it came up with this bright idea? The automaker’s ad folks in India might’ve been. They thought it’d be swell to depict three busty women gagged and hogtied in the trunk of one of its compact Figo cars.

The gist seemed to be, "Sure, it’s a small car, but not too small to kidnap and torture women in." So what if the captives look a tad miffed? They’re gonna love this fancy, new set of wheels, apparently driven by former Italian Prime Minister Silvio Berlusconi, and they're gonna love being his sex slaves.

Related: Bud Light's Lighthearted 'Up for Whatever' Campaign Takes a Dark Turn

Uh, nope, we don’t get the joke either. And we were never supposed to. That’s because, Ford lamely claimed, the ad was never supposed to rear its absolutely terrifyingly rape-culture-promoting head. But it did when JWT India, oopsie, published it online without corporate approval. The woman-hating image may be gone from the ad agency’s website, but the internet never forgets.
More from Entrepreneur

A Marketing Disaster Is a Terrible Thing to Waste: 3 Lessons From Recent Big Brand Fails

The 5 Biggest Marketing Mistakes and How to Avoid Them

Bad Social Media Never Dies. What Do You Do When It Happens to You?