Inspiring Quotes From 10 Visionary Business Leaders Who Changed Everything

Elon Musk is doing his damndest to save the human race. Sergey Brin envisions making Google the “third half of your brain.” And Arianna Huffington is on a mission to get people to take care of themselves while taking care of business.

Visionary business leaders such as these inspire us to be better and do better. They give us hope for a brighter future. Their successes show us that if we dream big and work hard, we can make a difference and leave our marks along the way.

Needless to say, these radical influencers know something about dreaming, doing and making it to the top. To help inspire you, and to fuel your own unique entrepreneurial dreams, here are 10 quotes from business leaders who changed everything: 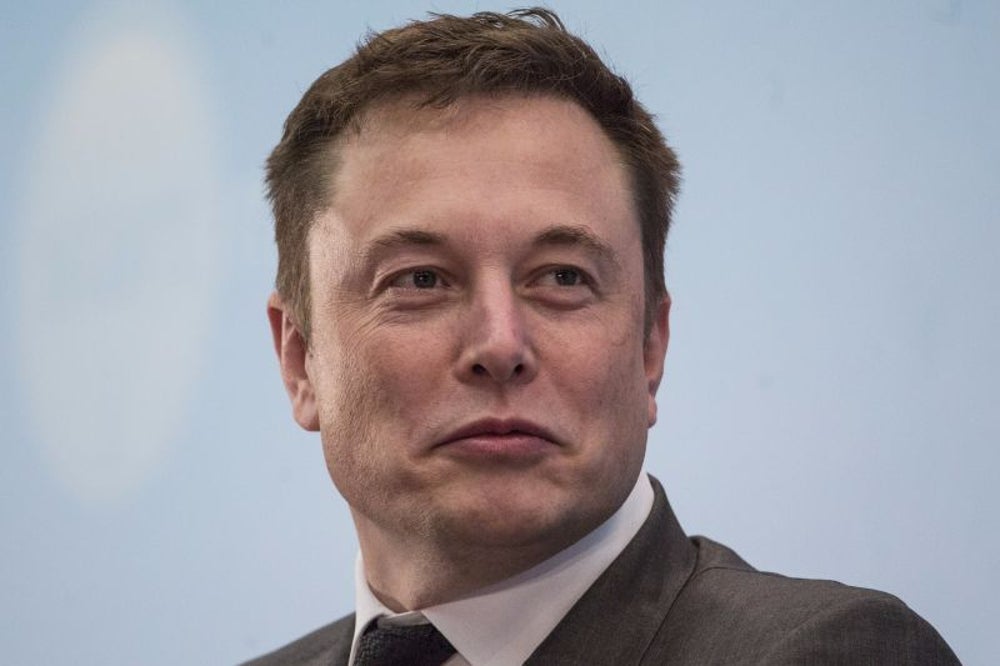 "If something is important enough, even if the odds are against you, you should still do it."

Rocketing humans to Mars and away from our swirling mess of a planet is a daunting feat, to say the least. But Elon Musk isn’t letting go of his dream of making it happen in his lifetime, despite the many challenging tasks before him. The lesson is simple: Whatever you endeavor to accomplish, out of this world or not, do not allow yourself to be deterred by the odds. Bravely forge ahead.

Related: Elon Musk's Hamster Units, and 11 Other Times His Responses Surprised Us 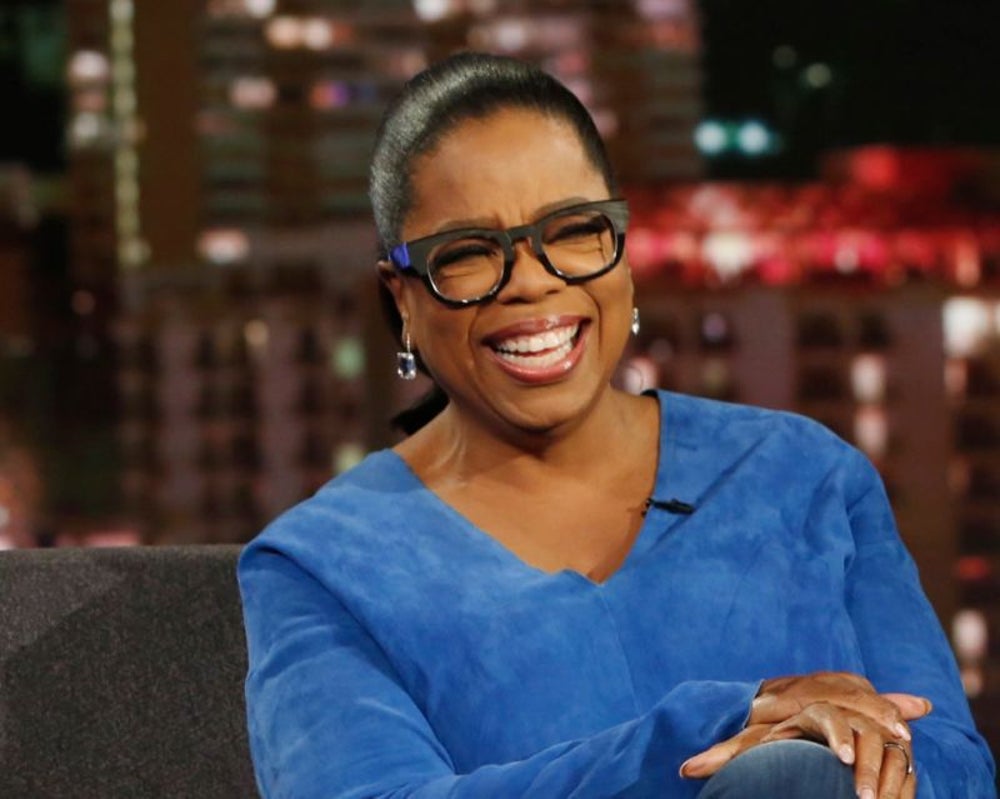 "The key to realizing a dream is to focus not on success but on significance -- and then even the small steps and little victories along your path will take on greater meaning."

Oprah Winfrey’s remarkable rags-to-riches ascent was nothing less than hard-earned, from her humble beginnings working on her grandmother’s farm in Mississippi, to her glass ceiling-shattering triumph as a billionaire media mogul. Step by step, her achievements added up along her path to success and paid dividends in ways she never imagined. 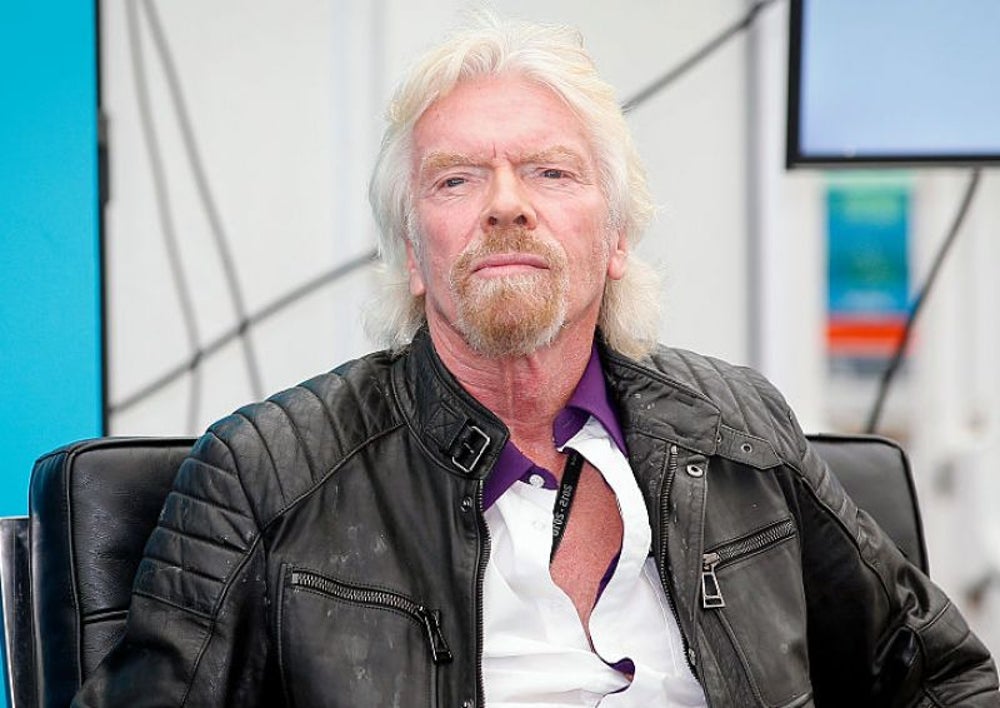 “The main thing is, if you have an idea for business, as I say, screw it, just do it. Give it a go. You may fall flat on your face, but you pick yourself up and keep trying until you succeed.”

Richard Branson is no stranger to wild adventures many of us can only imagine, but he’s no stranger to epic failure either. Not all of the businesses he’s launched skyrocketed to success. Take, for example, Virgin Cola and Virgin Brides. Even he admits they “fell flat on their face.” Still, for all of his failed businesses, the bawdy billionaire mogul has launched some 200 more that struck entrepreneurial gold. If he didn’t “screw it, just do it” in the face of failure, where might he be today? 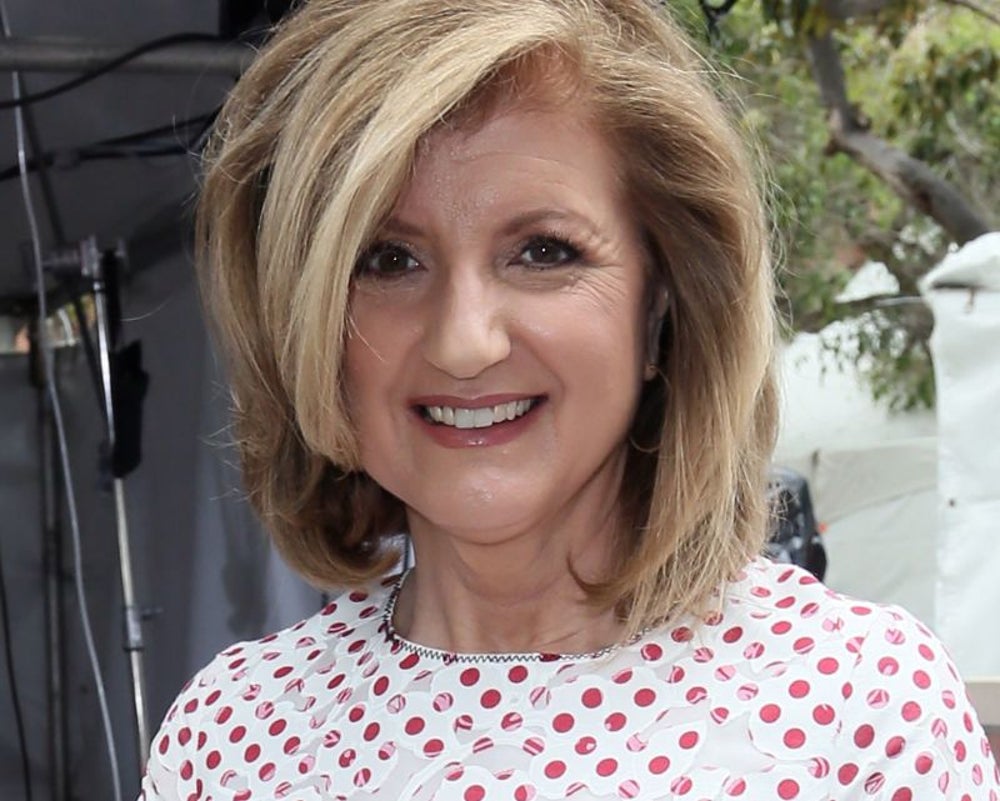 Arianna Huffington got up after falling down and waking up to a pool of blood gushing from her head. When she came to, everything changed for her. She faced her fear that she couldn’t “do it all” and soon became a champion for caring for yourself while caring for your business. The Greek-American media mogul began espousing the virtues many of us abandon as we battle to succeed in business and in life -- sleep and self-preservation. Clocking at least eight restful hours of sleep a night, she says, leads to a “more productive, more inspired, more joyful life,” thus making it easier to rebound from stumbling and falling on your quest for success. 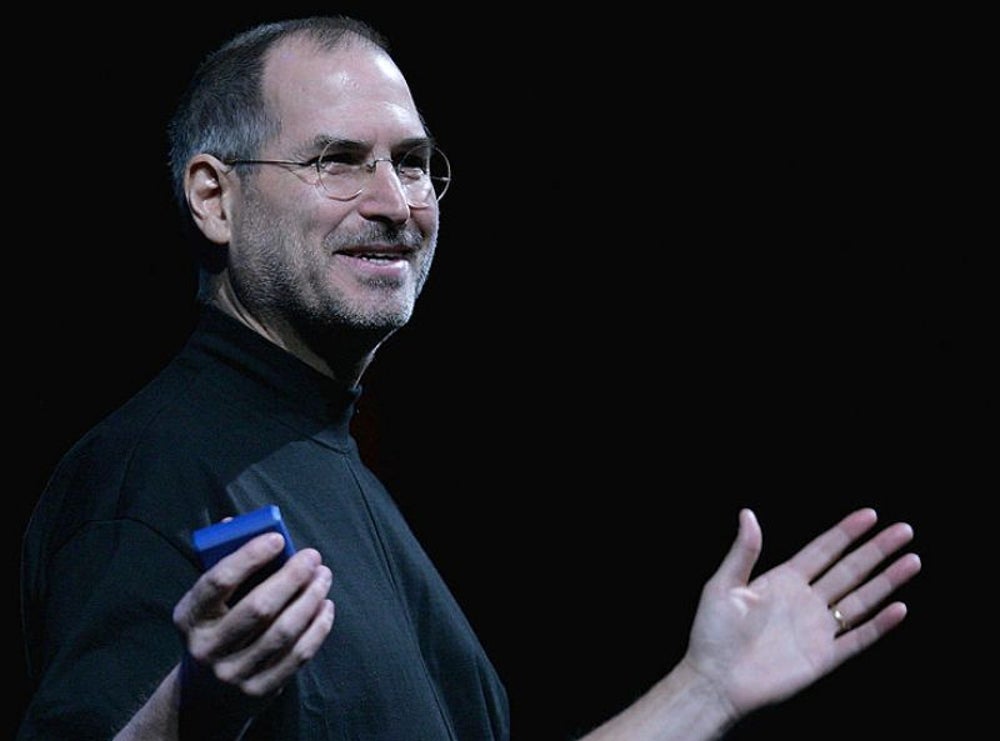 "Your work is going to fill a large part of your life, and the only way to be truly satisfied is to do what you believe is great work. And the only way to do great work is to love what you do. If you haven't found it yet, keep looking. Don't settle. As with all matters of the heart, you'll know when you find it."

The late legendary tech entrepreneur Steve Jobs was known to be a passionate, yet persnickety leader. Many say he knew he was a genius and didn’t shy away from letting others know, too. Long before he helmed what is now perhaps the most famous technology corporation in the world, he was like so many other dreamers -- aimless, searching for his life’s purpose.

After dropping out of Reed College, the Palo Alto, Calif., native trekked across India, looking for the meaning of life. Instead of wasting his life “living someone else’s,” he eventually listened to his “inner voice.” He followed his heart and dove into the budding personal computer business with his good friend Steve Wozniak. And the rest, as they say, is history.

Related: As Steve Jobs Once Said, 'People With Passion Can Change The World' 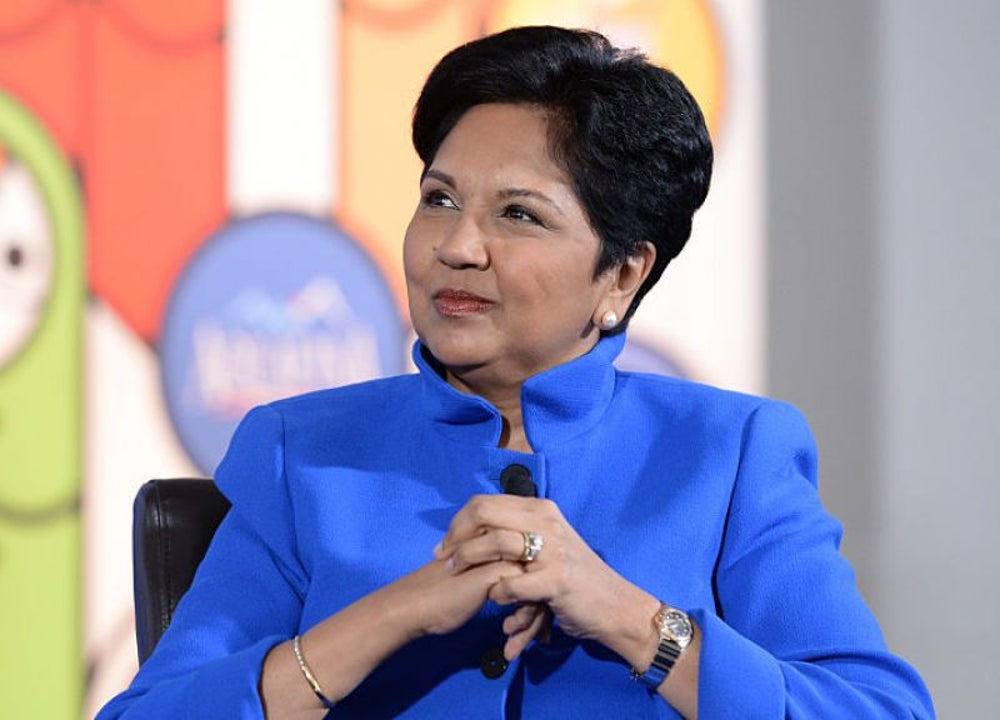 "Just because you are CEO, don't think you have landed. You must continually increase your learning, the way you think, and the way you approach the organization. I've never forgotten that."

Indra Nooyi appreciates the value of staying humble, even after you’ve made it to the top. She puts on no pretenses about “having it all,” despite her ascent to the lead position at one of the world’s top-grossing food and beverage companies.

Related: Pepsi CEO Indra Nooyi: 'I Don't Think Women Can Have It All' 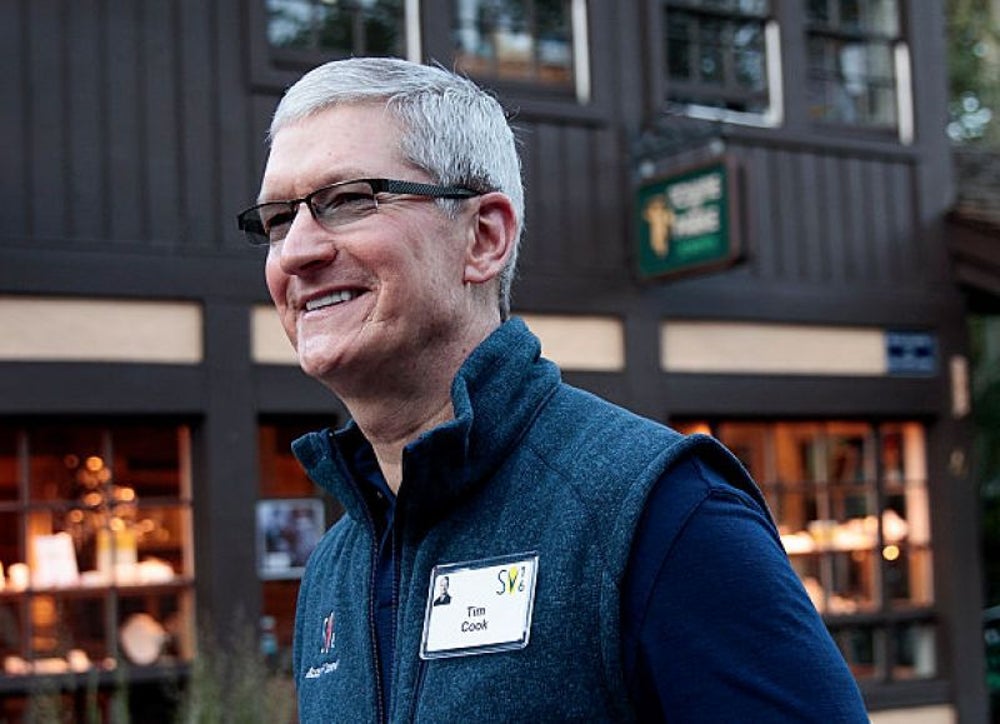 “There are times in all of our lives when a reliance on gut or intuition just seems more appropriate -- when a particular course of action just feels right. And, interestingly, I've discovered it's in facing life's most important decisions that intuition seems the most indispensable to getting it right.”

Echoing his late manager and mentor Steve Jobs, Tim Cook also extols the virtues of listening to your intuition in business and in life. The veteran engineer blended both worlds when he publicly came out as gay two years ago. He also said heeding his intuition led him to leave Compaq for Apple in 1998, at a time when the latter company was struggling. He listened to his gut and went for it, despite close friends who advised him not to take the job. We’d say going against the naysayers worked out pretty well for him, wouldn’t you?

Related: Who the CEO of Apple Turns to When He Needs Advice 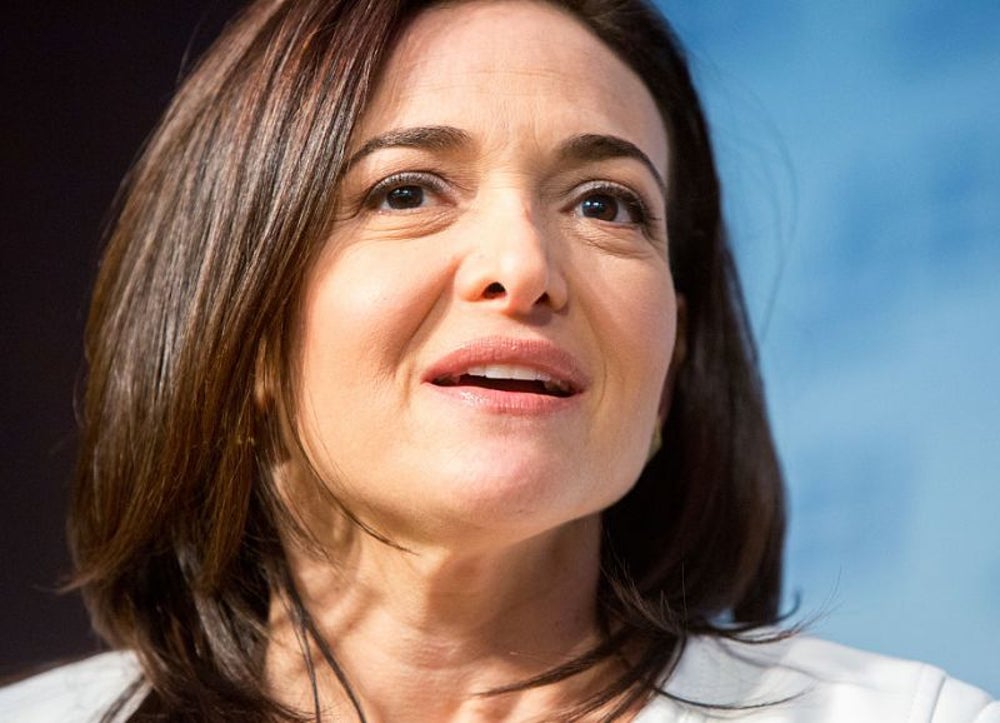 From her days championing leaning in to ultimately being forced to rethink leaning in, Sheryl Sandberg bravely embodies resilience, a trait all entrepreneurs should strive to exhibit. In the wake of the sudden death of her husband, and in doing her part to “make the world a better place,” the former Googler has repeatedly stressed the importance of leaning on positive psychology in the face of adversity, self-doubt and criticism.

When it comes to leading others, Sandberg is known to embrace the concept of radical candor. The idea is to boldly speak up and tell your colleagues and employees what you really think about their performance. The key is to be firm and clear, but never condescending. The ultimate goal is to help them do a better job, and to do better by the company. Think of that the next time your boss shares some strong feedback with you, instead of interpreting it as a personal attack. He or she is likely just trying to give you a leg up so you can be your best. 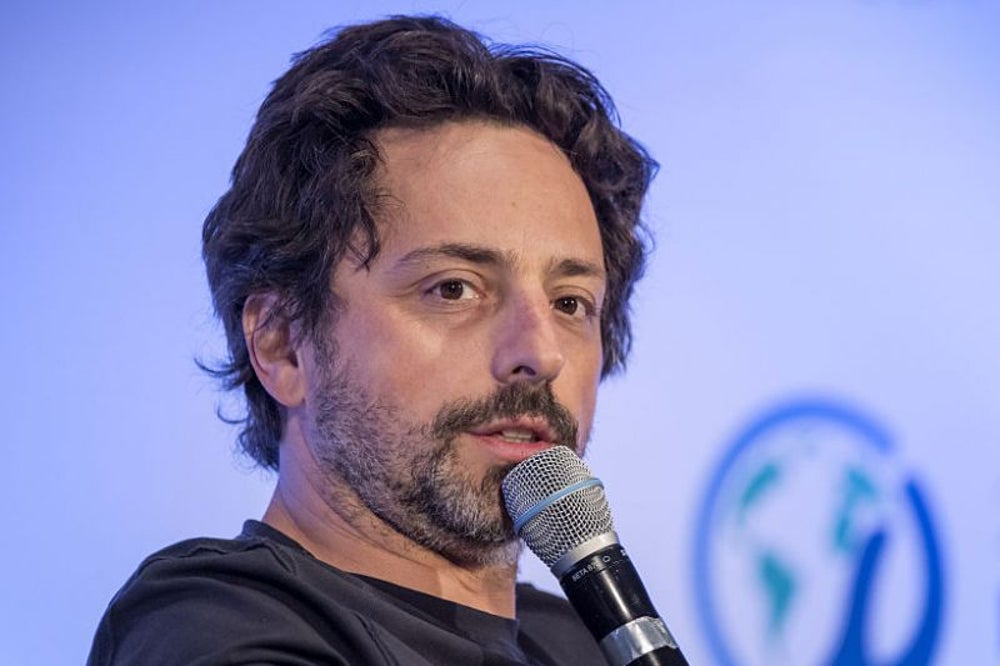 "We have tried to define precisely what it means to be a force for good -- always do the right, ethical thing. Ultimately, ‘Don’t be evil’ seems the easiest way to summarize it."

Brin wasn't kidding when he said that. At the time, Google’s corporate "code of conduct" mantra really was “Don’t be evil.” (With the onset of Alphabet, which took over Google's holding company as of October, it has now morphed into: “Employees of Alphabet and its subsidiaries and controlled affiliates should do the right thing -- follow the law, act honorably, and treat each other with respect.”

From his and Larry Page’s brainchild’s humble beginnings as “BackRub,” to the can’t-live-without tool and verb that it’s mushroomed into today, Brin has continually extolled the virtues of running a company with social good as a guiding principle.

While his company tries to render humans immortal -- and remove them from the driver’s seat -- the billionaire hasn’t lost sight of being a “force for good.” His philanthropic donations number in the millions, benefitting a wide variety of causes. Among them are education, healthcare, the environment, human rights and women’s issues. 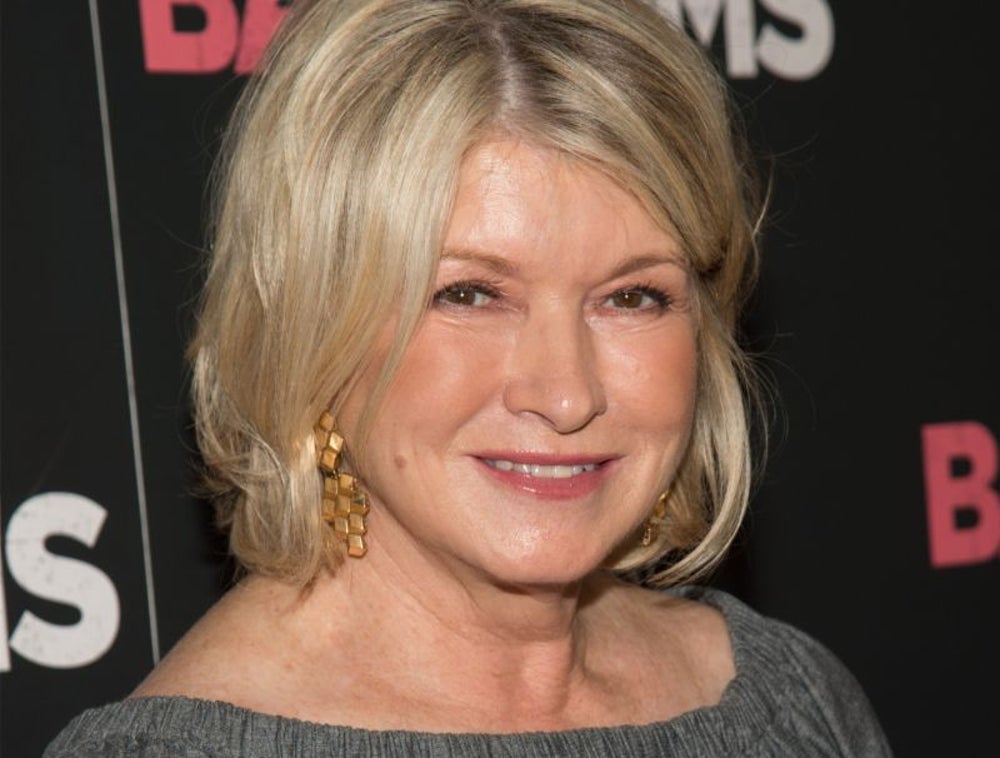 “Getting over those unexpected hurdles may not be exactly enjoyable, but ultimately I believe that such challenges and the solutions we find give us more confidence. They teach us with common sense and determination we can turn what looks like a disaster into a triumph.”

Life wasn’t all perfectly arranged “Dainty Bess” roses and meticulous place settings for Martha Stewart. You may recall that the multi-millionaire design diva went from domestic bliss to federal prisoner in 2004 after being convicted on charges stemming from lying about a stock sale. She served five months in federal prison and five months on house arrest. Talk about unexpected hurdles.

Upon her conviction, she invoked the defiance of The Terminator, vowing, “I’ll be back.” And back she steadily has been ever since she walked free. She came back stronger, more confident and determined to succeed harder than before. Next up, you can catch the “Queen of All Internet” as the other half of an unlikely duo: She’s teaming up with Snoop Dogg to bake munchies on a new VH1 cooking show.