Here are the up-and-coming devices Entrepreneur is excited to try at the Las Vegas tech show.
Next Article

Sure, there will be the latest versions of smartphones, televisions and computers at this year's Consumer Electronics Show, commonly known as CES, but that isn’t what excites me.

Occurring on Jan. 5, the annual tech event in Las Vegas provides a platform for innovative companies to introduce products that are unlike anything we've seen before, such as augmented reality glasses we can use in our daily lives or headphones that won't plug your ears. With more than 3,800 vendors, there is a lot to see and experience.

For those who can’t make it to Sin City, here are nine devices I'm excited to check out during the tech madness. 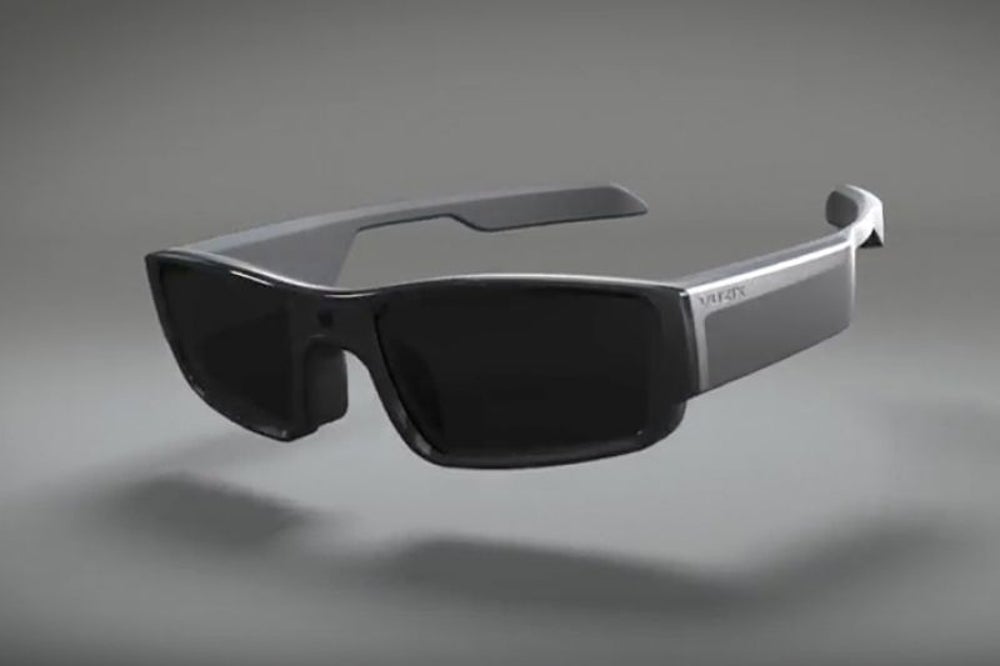 Augmented reality is definitely one of the more popular categories at this year's CES, and VUZIX Blade glasses is definitely looking to compete in the space. For those unfamiliar, AR provides information and images overlaid upon the real world, for example, an arrow in your field of vision for directions.

The product promises to be a faster, easier, hands-free extension of your smartphone, and they're not dorky looking either.

In a promotional video, VUZIX is used by a woman visiting a museum, a dentist and a lab technician -- all situations where you certainly wouldn't want to keep staring at your phone. The device has netted the company four International CES Innovation 2017 awards. 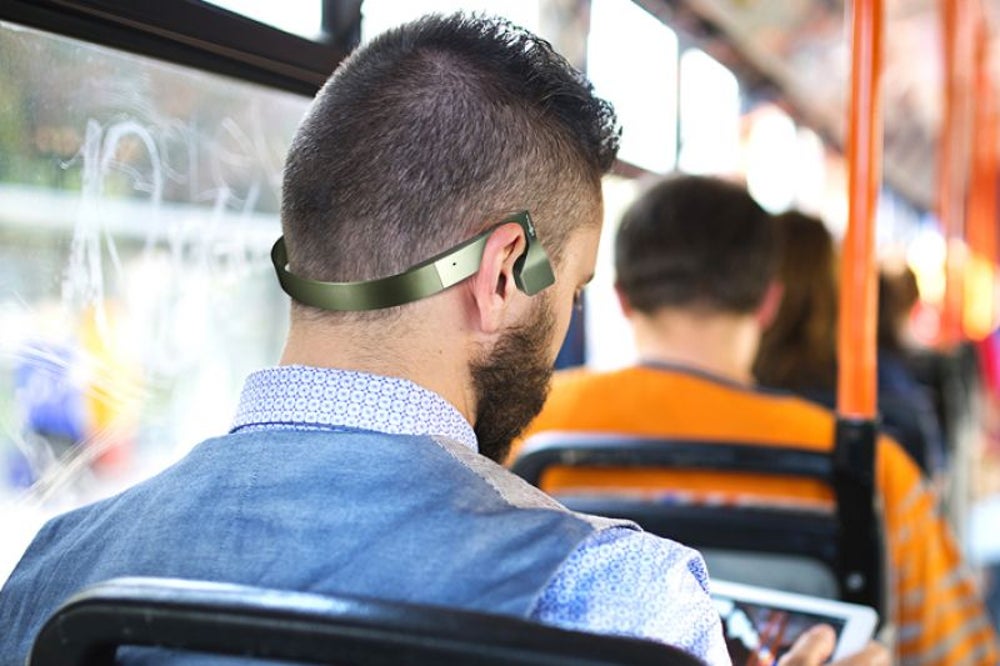 I often wear headphones, listening to music or an audiobook. That said, New York City is pretty noisy, and blocking out most sounds while I go about my business can be dangerous. This predicament is why I am excited about AfterShokz.

The company has a line of headphones that utilize bone conduction technology, so instead of plugging your ears, these headphones sit on top of your ears. The technology "produces sound via mini vibrations that travel through your cheekbones to your inner ears, bypassing your eardrums completely," according to the company's site.

I'll just have to wait and see how they sound. 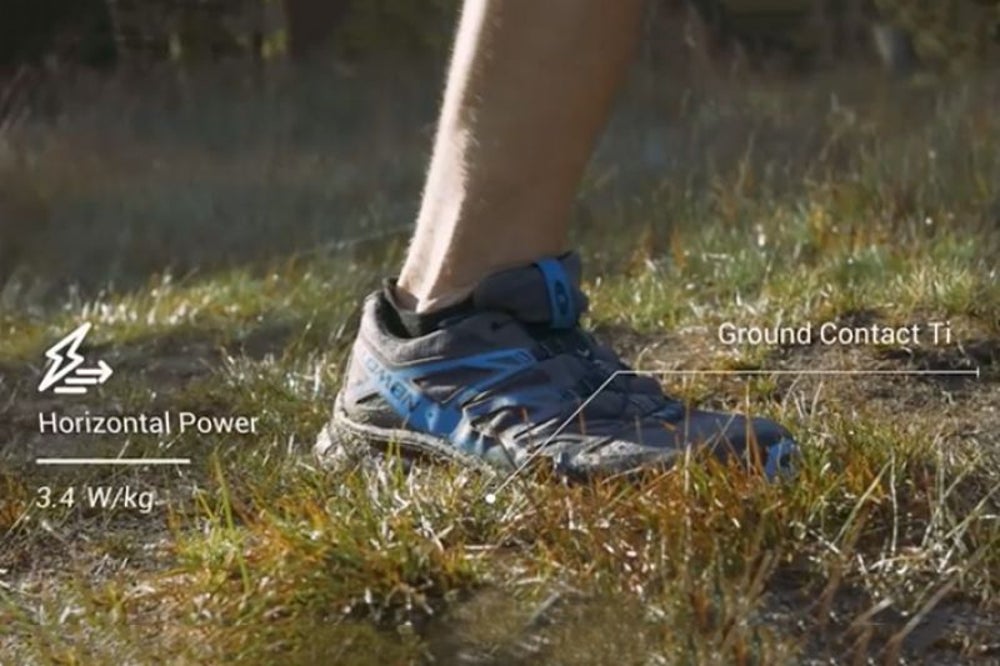 It's easy to run wrong, and that can lead to injuries. While there are smart running shoes, FeetMe Sport looks like a more elegant solution. It's an insole that connects to your smartphone to track you as you run.

The company says the device will give you feedback on your stride power and pace, and make recommendations on how you can improve. It promises to be a "personal running coach." 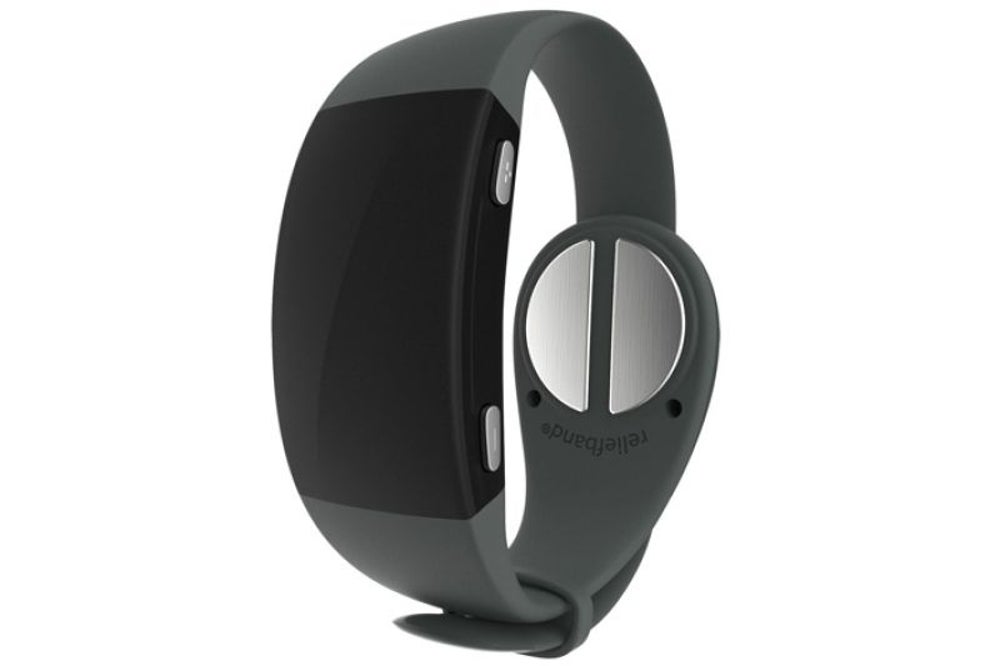 With the rise of virtual reality, motion sickness -- when the brain processes movement while the body knows it's still -- is becoming more prominent. In one recent study, researchers found that more than half of participants felt ill playing a game with the Oculus Rift for 15 minutes.

Reliefband is a wearable device that provides relief for nausea. It does this by shooting pulses through the body that apparently prevent the feelings of nausea generated by the stomach from reaching the brain.

This second version of the device, which is making its debut at CES, is sleeker and features 10 intensity settings. 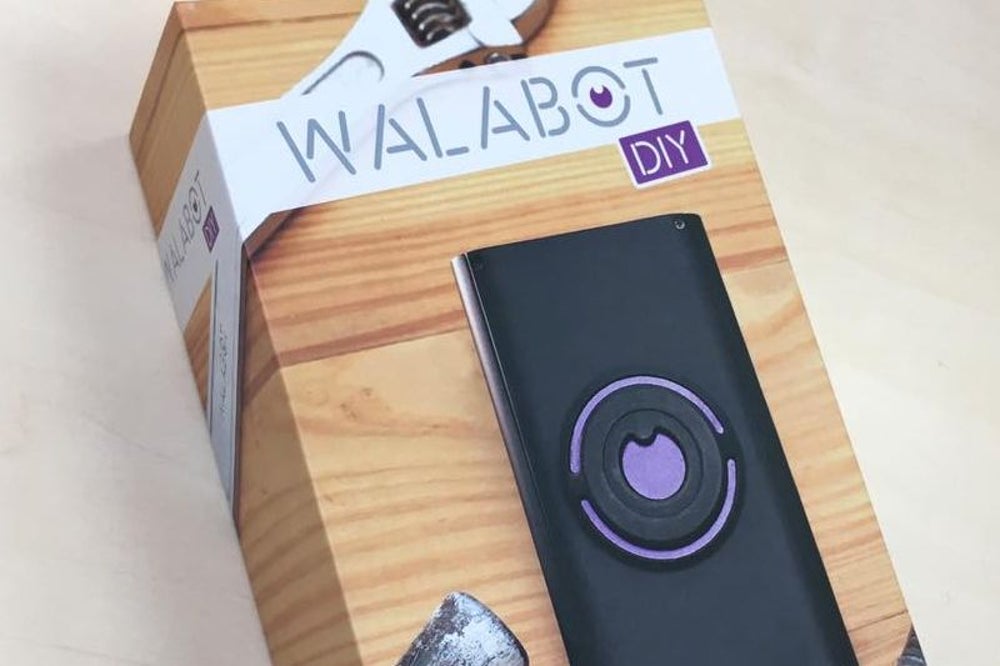 When you were a kid and imagined having superpowers, was one of them the ability to see through walls? Vayyar Imaging may just deliver on that dream with Walabot, a 3-D imaging sensor that attaches to the back of smartphones.

The company says its technology could be used to track heart rate, keep your home safe and help robots see. Personally, though, its promised ability to locate leaks and pipes through walls sounds amazingly useful for my father, a plumber. 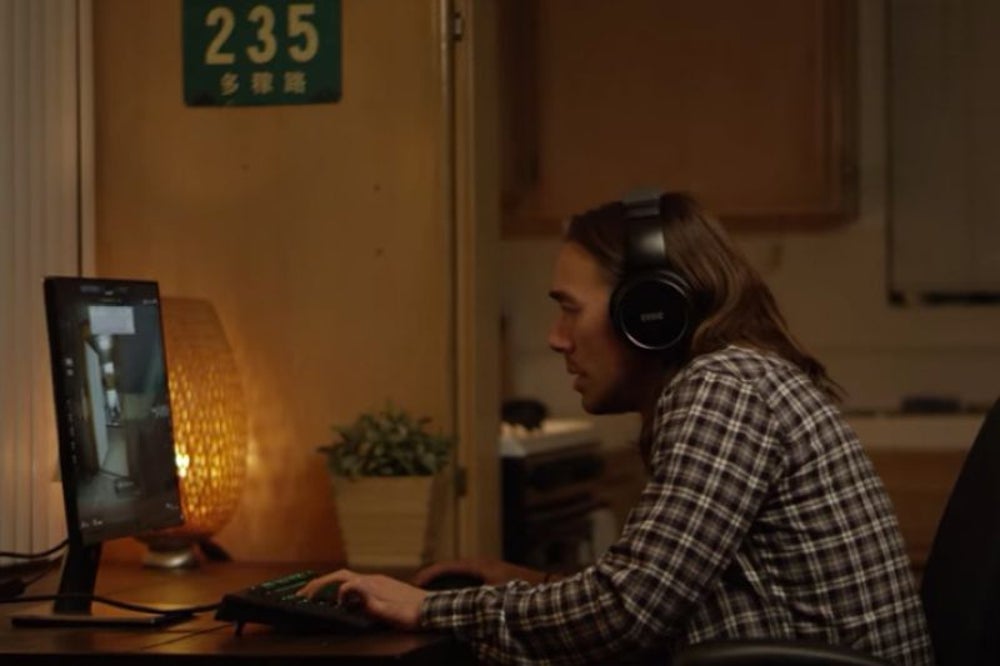 With virtual reality becoming more prominent, it was only a matter of time before someone tried to create an immersive audio experience. The company behind Ossic X claims its "3-D audio" headphones provide an experience that is "nearly indistinguishable" from reality. The headphones utilizes audio algorithms and head-tracking to create the 3-D effect.

In a promotional video, Ty Ahmad-Taylor, CEO of THX, the audio company founded by George Lucas in 1983, calls the experience "revolutionary." 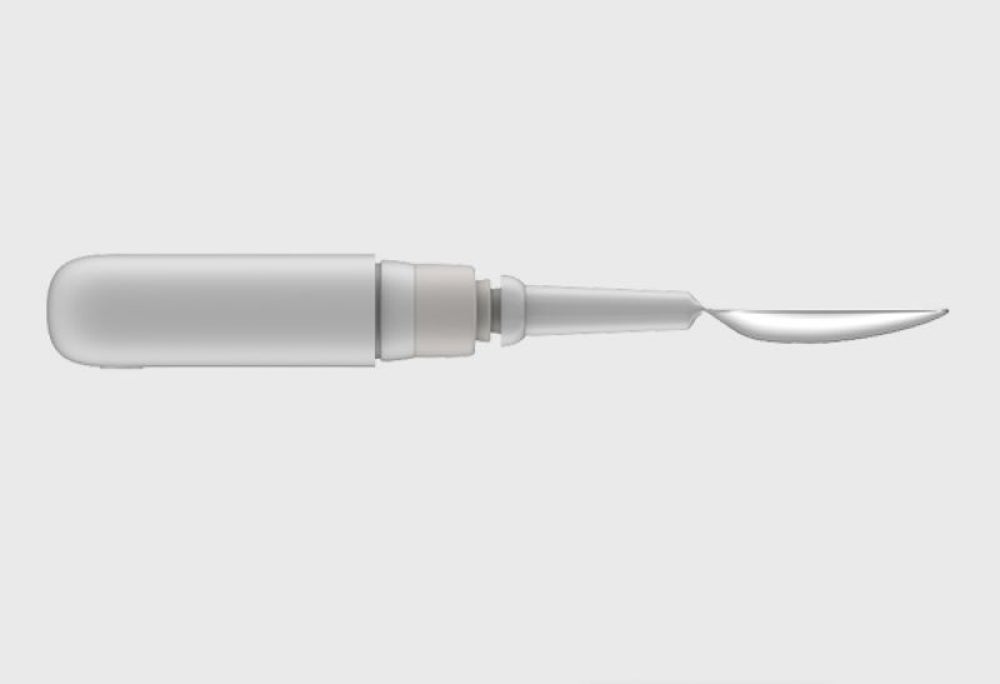 Those who have hand tremors from conditions such as Parkinson's disease can have a difficult time feeding themselves. GYENNO's smart utensils utilize sensors to provide enough stability for tremor sufferers to feed themselves.

The company will debut the second version of its spoon at CES that it says will be "easier to use, hold and carry than the previous model." Like the first version, tremor data will be uploaded to the cloud so doctors can observe users' symptoms. 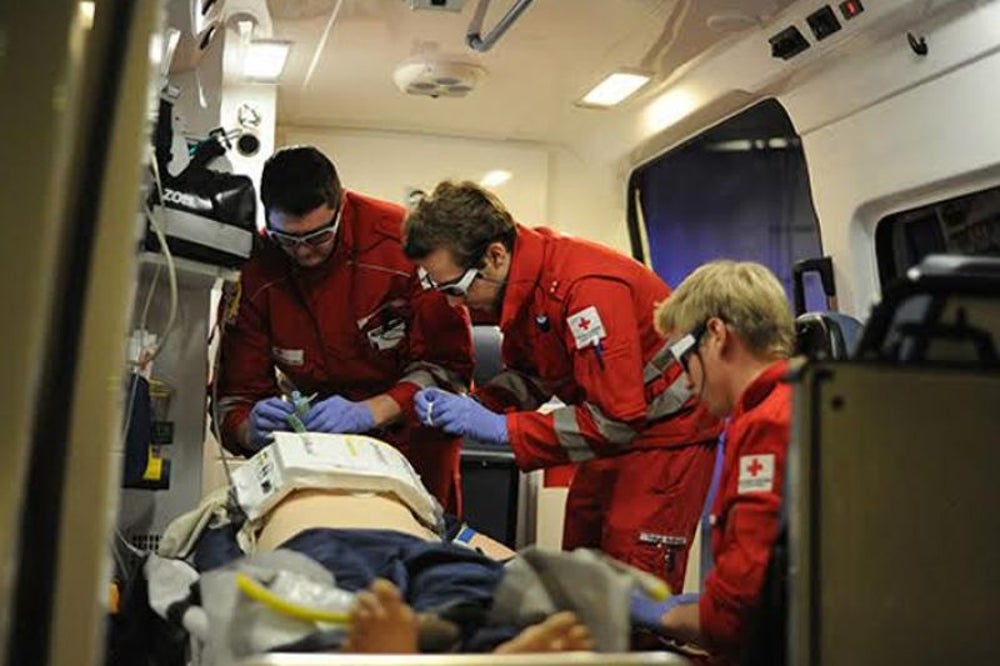 Viewpointsystem says its VPS 16 eye-tracking glasses not only captures what a wearer sees, but how he or she reacts to it as well. It does this by apparently tracking eye movements. The glasses feature three cameras and includes a separate unit to record and send data.

The company says VPS 16 would be useful to give instructions to surgeons as they operate, even in remote locations, for workers repairing machines and security forces. 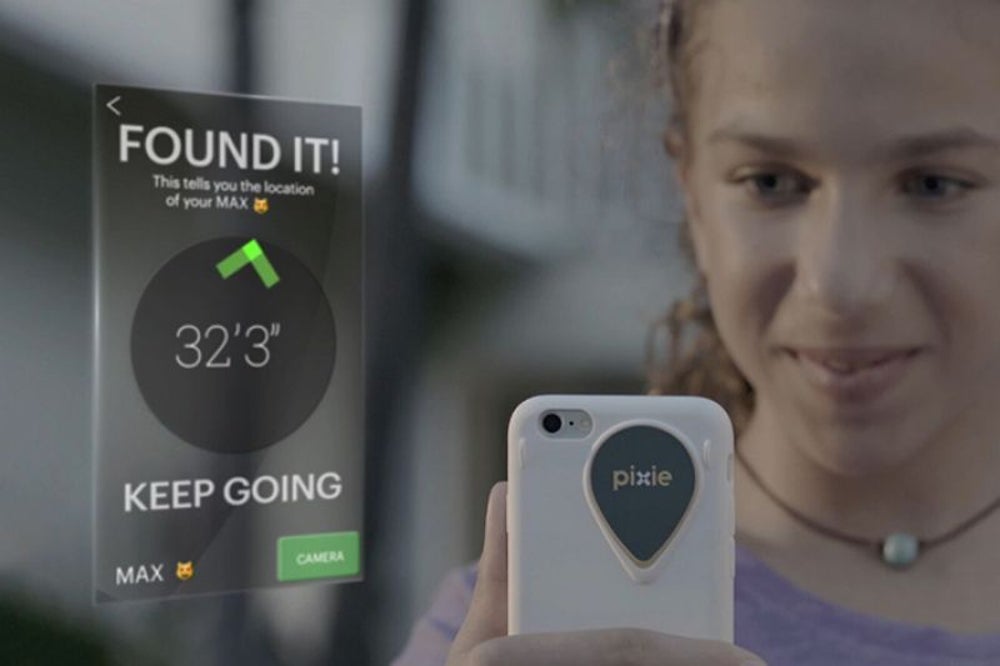 Do you frequently lose stuff? While there are plenty of trackers on the market, they primarily utilize bluetooth and GPS technology to direct you to the general area of the object, and then maybe provide audio cues to help you find it.

Pixie says it's taking a different approach by utilizing augmented reality. Let's say you attach one of its trackers to your remote control. It then, of course, gets lost. Take out your smartphone, open the app and you'll be able to "see" the general location of the clicker in the room. The app will then direct you to its precise location via a game of “hot and cold.”
More from Entrepreneur

4 Amazing Products From CES I Can't Wait to Use

Nothing Matters at CES 2017 Without the Smartphone

Does Appearing at CES Actually Pay Off?